Who is Blackfire? All About the DC Comics Character

Blackfire is confirmed in Titans season 3! Played by Daramis Lewis, she's the evil sister of Starfire. Here's all you need to know about the DC's character. 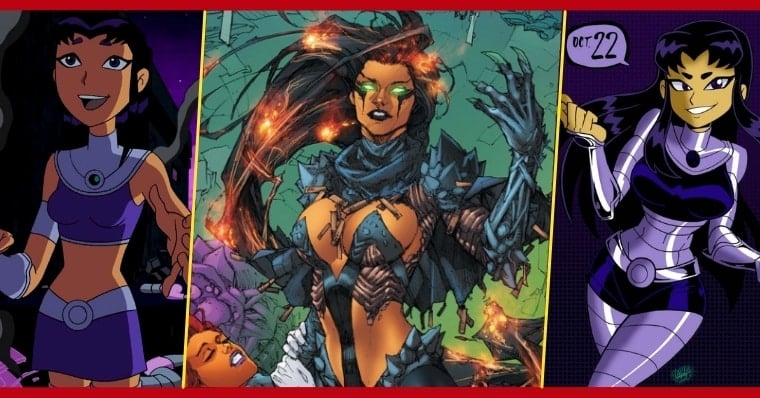 Known to many as the archenemy of Starfire, Blackfire is one of the most curious and fascinating characters in DC Comics’ cosmic branch. Hailing from the Tamaran royal lineage, she holds a great resentment for her sister, which has caused a rivalry that lasts to the present day.

After a very restrained introduction in the second season, the villain is about to appear in all her glory in the Titans‘ third season. And so that you can prepare for Komand’r‘s arrival, here we have listed everything you need to know about the Blackfire! 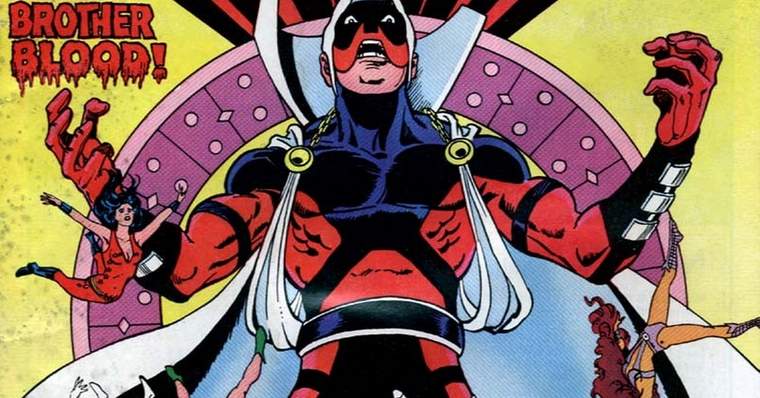 Blackfire first appeared in DC Comics in New Teen Titans #22, released in August 1982, as a clue to Starfire‘s past.

From the beginning, Blackfire has been portrayed as an “evil version” of Starfire herself. She brought a new personal dimension to the Young Titans magazine, which was a huge sales and critical success for DC Comics at the time.

Blackfire was born with the name Komand’r. She was the eldest daughter of the Tamaran royal family and successor to the planet’s throne. Because she was the first princess born in over a century, on the day of her birth, there was a massive blood feast, all in the name of Komand’r.

The Citadel Empire‘s armies exterminated a resistance group, and this event became linked to the young princess, even though she was not to blame at all. For this and other things, she ended up being hated by the people of Tamaran, which led her on a challenging and dangerous journey.

Much of the rivalry between Blackfire and Starfire began precisely because of this. While Komand’r was viewed with hatred and repulsion by the inhabitants of Tamaran, her younger sister was the object of love and honor. All culminated on the day they were both taken into combat training.

Under the tutelage of the Warlords of Okaara, Komand’r found herself being overlooked while her sister was cheered on. Filled with rage and fury, she attempted to kill Koriand’r, which resulted in her being expelled and humiliated. She then joined the army of the Citadel Empire with nefarious motives. 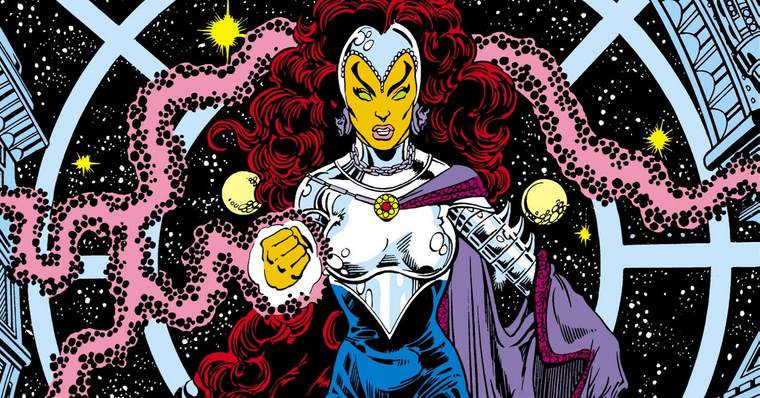 Together with the Citadel Empire’s army, Blackfire began to gain strength, betraying his home and giving away the Royal Family’s main secrets. With this, it was easy for this extremist group to dominate Tamaran, proposing a Royal Family’s veritable slaughter. Komand’r, for her part, rejoiced.

Later, she was responsible for Koriand’r‘s arrest and torture, motivated by pure envy and resentment. Koriand’r was even raped by one of the guards holding her captive, and after killing him, she was taken away to be executed by Komand’r, but managed to escape to Earth. 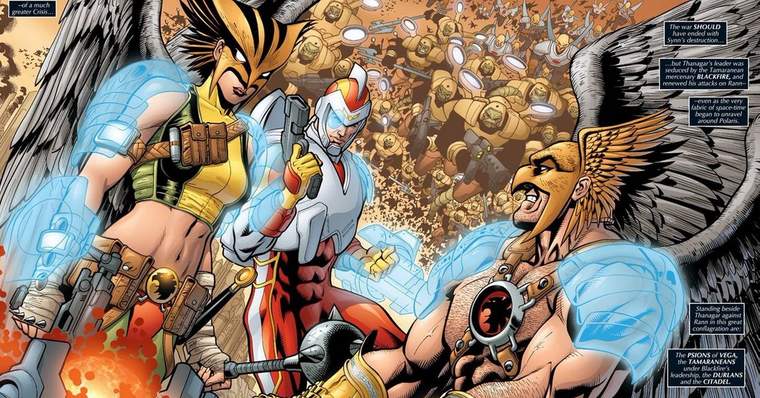 Eventually, Blackfire appeared as a villain for the Young Titans, always portrayed as a tyrant on Tamaran who forced her own sister’s exile on Earth. She would later appear again in the Rann-Thanagar War arc, where she played a very violent and sinister role.

In the plot, Komand’r betrayed and murdered Hawkgirl (Shayera Thal) in her quest for New Tamaran. After that, she returned as a villain in the Hawkeye and Hawkgirl (Kendra Saunders) comics, where she tried to continue her evil plans by exterminating the Hawks. 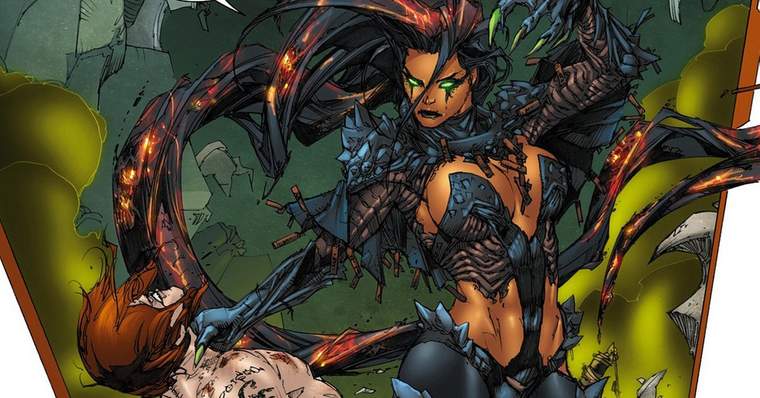 All the events reported so far were part of the previous DC Comics. With the reboot of the New 52, much has changed, and Blackfire has been given a new personality. Here, she is no longer a resentful, crazy villain but rather a ruler concerned about her planet.

She ends up selling Starfire to an alien race to protect the people of Tamaran. Koriand’r, in turn, manages to break free and gets a spaceship from Blackfire. The two sisters argue and realize they need to get away, so Kori goes to Earth to join the Titans. 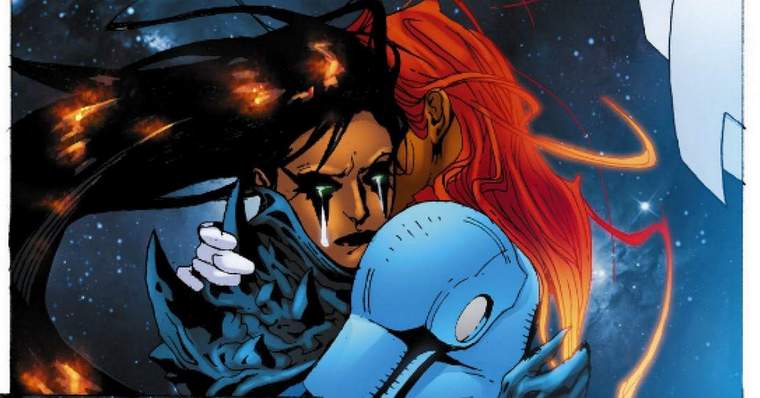 Later, Komand’r appears on Earth, hunting down the Titans’ allies and pursuing her sister. After a few confrontations, we discover that she had been controlled by the Blight, the alien race that ruled Tamaran at the time.

After brief confrontations, she reconciles with Starfire, and the two sisters go on a journey to retake Tamaran, which ends up being a perfect redemption moment for Blackfire. Today, the two are friends, even though Starfire lives on Earth and the Blackfire on Tamaran. 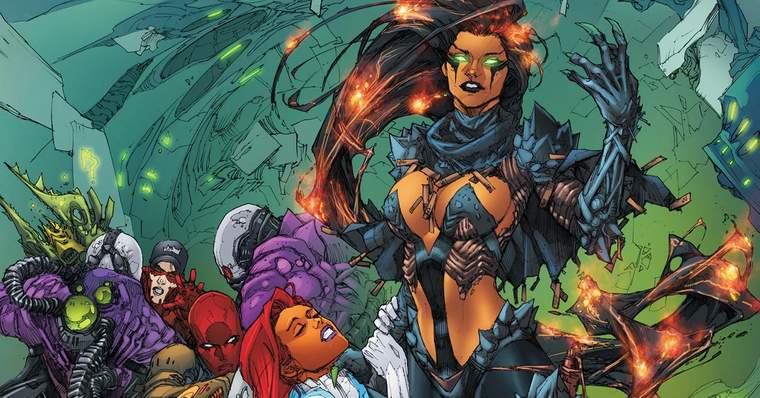 Like Starfire and the other inhabitants of Tamaran, Blackfire has a physiology that allows her to absorb ultraviolet rays and convert them into bursts of energy. She also stores this energy in her own body as super-strength, endurance, and speed.

A well-known trait among the Tamaran natives is also the ability to use this energy to fly. However, due to a genetic problem, the villain cannot do this, which has caused her to be further humiliated and denied by the natives of her home planet. 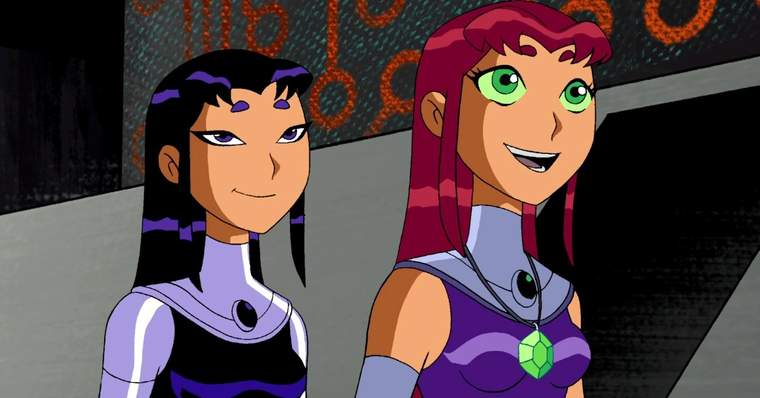 Blackfire has appeared in several DC Comics media outside of the comics, almost always portrayed as Starfire‘s arch-nemesis. She even had a significant arc in the Teen Titans animated series. She ends up becoming a major adversary for the team, appearing recurrently as the sick and criminal sister of Starfire, leading armies to invade Earth.

The character has also appeared in other animations, such as Teen Titans Go! and DC Super Hero Girls, where she is not as villainous. 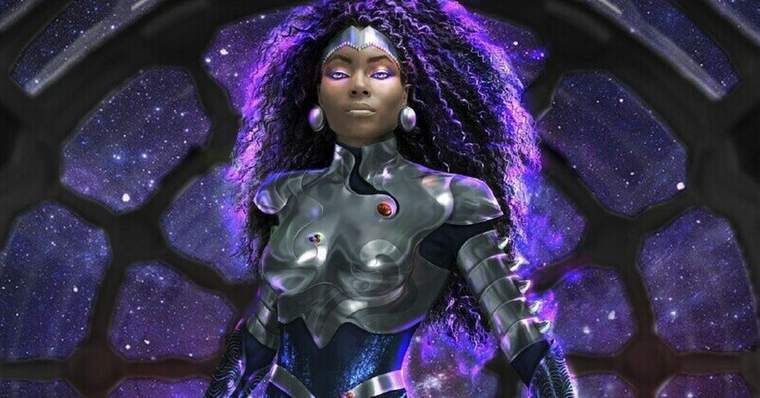 The character has also already been introduced in a hologram during the Titans‘ second season, where she reveals that she is after her sister, Starfire. As unveiled by DC Comics and HBO Max, she is expected to become the third season’s main antagonist.

Here, Komand’r is played by Damaris Lewis, and we’ve already had the official reveal of her look in season three, complete with the “battle suit” she must wear to face the rest of the Titans. Too bad we haven’t seen her in action yet, using all her powers.