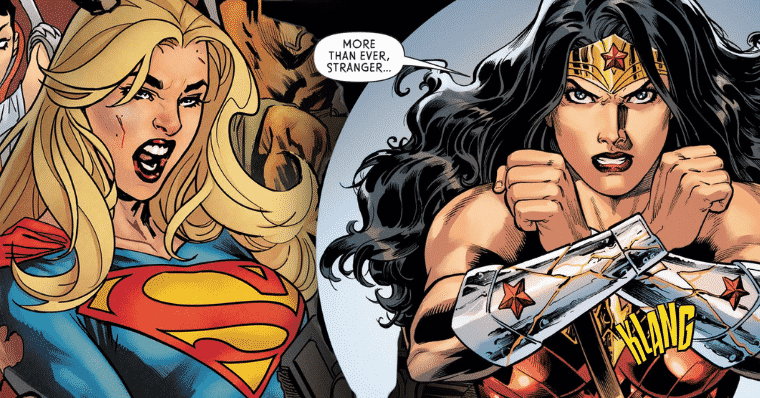 The comic book world is not only made of superheroes. In fact, one of the most important members of this fictional universe is the superheroines. This is because they possess a kind of sixth sense, thus having some advantage over their male counterparts.

In the DC female universe, we have fascinating characters who use all their strength and courage to face great adversities and tame relentless villains.

I’ve created a list highlighting the 10 most powerful DC Comics superheroines to honor these characters. 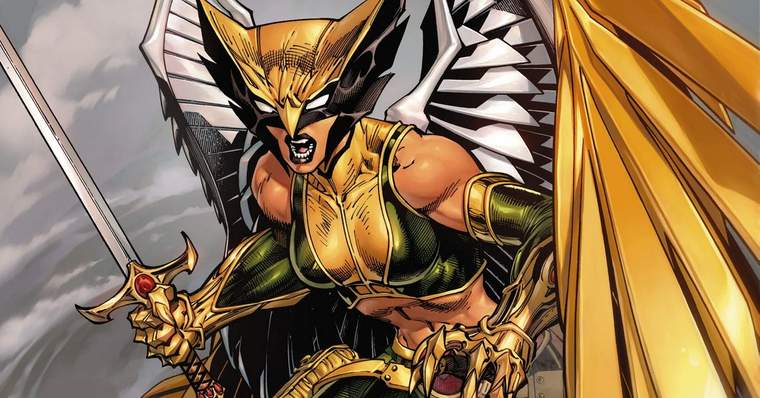 Hawkgirl is very well known and loved by DC Comics fans, especially those who followed the Justice League animation.

Known as a member of the Thanagarian race, she has had several lives and is always reincarnating alongside the love of her life, Hawkeye. She’s been an essential ally to several teams over the years, including the Justice Society of America.

Not only is she an excellent warrior, but she also retains all the information and knowledge from her past incarnations.

With various versions over the years, she is portrayed as super-strong and possesses wings and a Thanagarian Mace made of Nth Metal. This fictional alloy defies gravity and has several unique attributes, such as ” regenerating” itself. 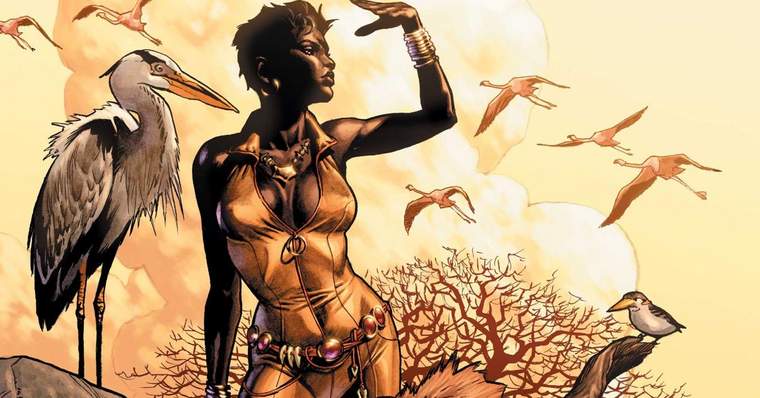 One of the only fully human heroines on the list, Vixen is proof of how unique and powerful DC Comics women are. Born in the Zambesi nation, Mari McCabe inherited a legendary totem created by the spider god Anansi himself.

With this relic, she can absorb the powers of the entire animal kingdom, becoming a wild beast, albeit with her human body.

She can acquire the speed of a leopard, the grace of a heron, the strength of an elephant, and even the ferocity of a lion. And she can also have the powers of microscopic beings, such as planaria – which is why she can regenerate herself from the most devastating injuries.

The heroine is compelling with her totem and gives many villains a hard time. In addition, she’s almost immortal thanks to the amulet’s life energy. 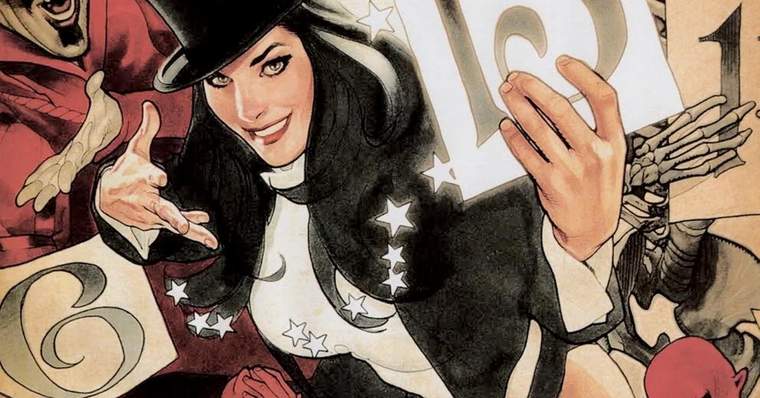 Daughter of the powerful wizard Zatara, Zatanna is not human. Instead, she is part of a superhuman race, the homo magi.

Like her father, the heroine became well known for her time in the Justice League and her adventures with other magical characters in the DC Universe, such as John Constantine. But she is far from being just a sidekick, as her powers are far more potent than many realize.

With magic in its raw form running through her veins, Zatanna can conjure the most various spells, speaking words backward and forwards. She can create illusions, summon beings and animals, and even erase other people’s minds.

In addition, she has magical control over natural elements such as fire, water, shadows, and even light. These features make her an intelligent and versatile character, suitable for many quests. 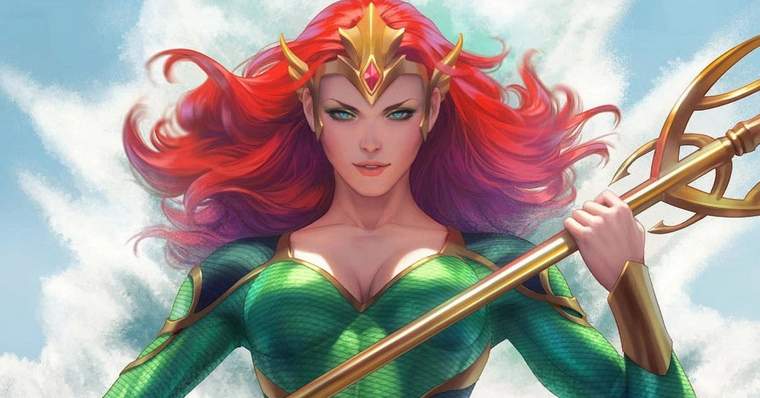 The Atlanteans play a unique role in the DC Universe, which goes far beyond Aquaman and his mastery of aquatic life. We have other exciting representatives of the race, such as Mera, the beloved wife of the King of Atlantis.

Thanks to her physiology, she’s one of the most complex figures in the comics. When Aquaman himself cannot fight, the queen takes the lead and goes into action in his place.

In addition to breathing underwater, her body is designed to survive extreme temperatures. She also has superhuman senses, strength, and reflexes.

As if this were not enough, Mera also possesses the gift of hydrokinesis, which allows her to manipulate water itself, even in tiny sources such as sweat or moisture in the air. These powers make her a match for many very powerful villains! 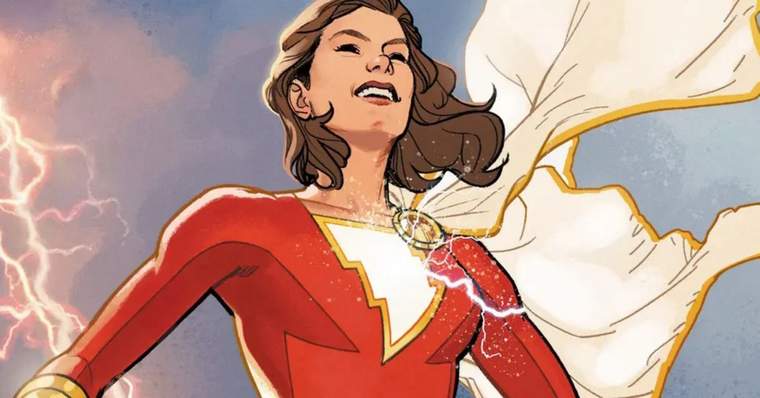 The entire Shazam Family ranks among DC Comics’ mightiest heroes because their talents are gifts from 6 ancestral gods or demigods, including Hercules, Zeus, Mercury, and Atlas.

And while Billy Batson is the best known of his family, his “female version” is not far behind – actually, she has proven that she is much more than just a female version.

Mary Marvel retains the same powers as Billy by screaming “Shazam!” at the top of her lungs. Besides being shrouded in potent magic, she has super strength, genius intelligence, superhuman speed, and stamina.

All this is already terrific, but she is also shown to possess flying capabilities, shoot magical energy beams, and be theoretically immortal. 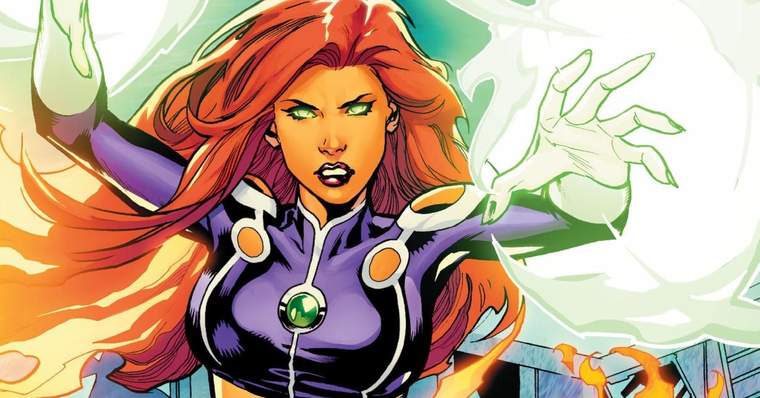 Originally called Koriand’r, the heroine we know as Stellar is also among the most powerful characters in DC Comics, thanks to her origin.

She comes from an alien race, born in Tamaran, and as a result, her biology is very different from humans. For example, she can absorb different types of radiation through her skin, from sunlight to more dangerous things.

This energy is then channeled and, besides giving life support to the heroine, can also be redirected to attack her enemies. Able to fly and use superhuman strength, she ends up becoming one of the most important heroines of the Teen Titans – besides being a symbol of freedom and agility.

Another exciting talent: she can “absorb” other people’s languages through physical contact – having learned English by kissing Dick Grayson. 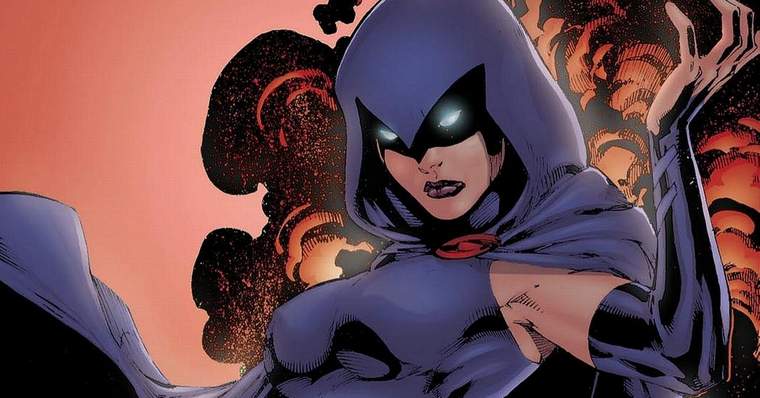 Keeping the list’s theme still on the Teen Titans, I have to mention the fearless Raven, a much-loved heroine thanks to her darker side and arcane powers.

Daughter of the great demon Trigon, she was created to be an avatar of her father on Earth but rebelled against this purpose and ended up facing him alongside her friends. However, all her abilities are pretty impressive.

To begin with, we have Umbrakinesis – the ability to manipulate shadows, even materializing them. If this were not enough, she still has an astral form, which gives her the ability to read minds, control matter, fly, teleport, and even alters time.

She is also one of the most powerful empaths in the DC Universe, being able to feel or even manipulate the emotions and feelings of others around her. 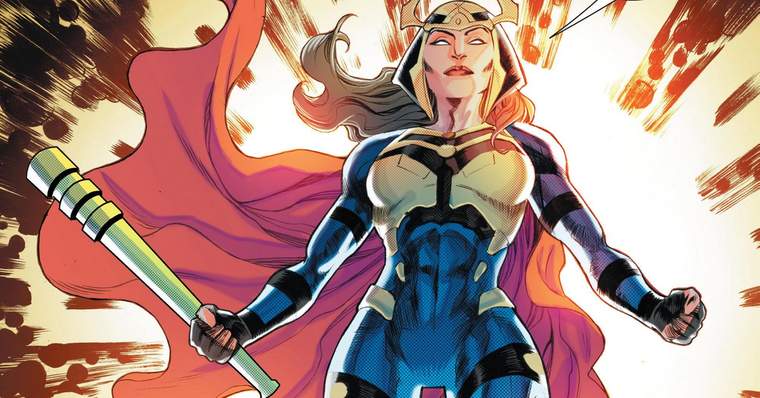 The New Gods always get the word out among the most powerful alien races in the DC Universe. These beings were created on two sister planets – New Genesis and Apokolips – are endowed with almost divine characteristics.

Among the heroines who stand out in this niche, I cannot fail to mention Big Barda, a character well-loved by fans who maintains a partnership with Mister Miracle.

Scott Free’s wife, Barda, is always helping her beloved. But, raised as a servant and “security” for Darkseid, she broke free. She left the Female Furies behind, becoming a true heroine and helping the cosmos protect itself against the threat of the ruler of Apokolips.

Besides being immortal, like the New Gods, she also possesses superhuman strength, reflexes, and stamina and even has unbreakable armor. 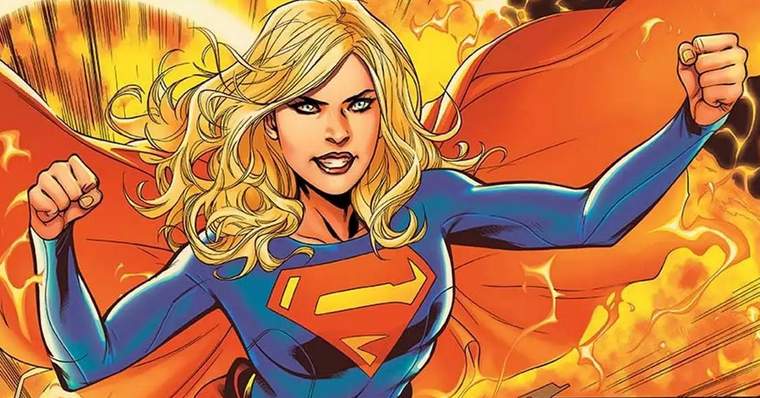 Kara Zor-El came from Krypton, the same home planet as Superman. In fact, she is the cousin of the greatest hero of all time – and it was to be assumed that she would be as powerful or inspiring as him, as she proved to everyone.

However, as Supergirl, she can absorb the rays of our yellow sun, which makes her a goddess among mortals, with the same gifts and abilities as the Man of Steel.

She can fly, fire laser beams from her eyes, use her freezing breath, acquire supersonic speeds, and, of course, has a super-strength that is quite useful for taking on enemies and villains.

Besides, she is more agile than her cousin due to her more petite and slender body. Remember that all these gifts are also valid for Power girl, the Earth-2 version of Kara. 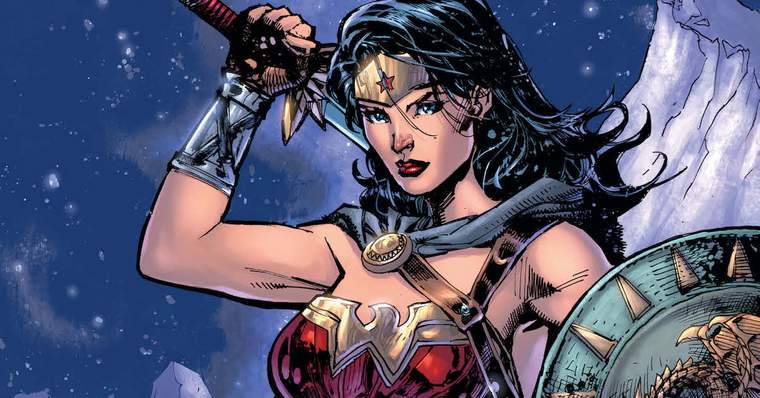 Amazon by birth, Diana Prince, was created to be the perfect woman. Blessed by the gods and daughter of Zeus himself (depending on which version of the character’s origin you prefer), she is a fearless warrior.

She never missed an opportunity to venture into the world of men when she had the chance. More than a demigoddess, Wonder Woman inspires humans and symbolizes hope.

As Wonder Woman, Diana is one of the most fantastic figures in the entire DC Universe. Her body is almost indestructible, she is long-lived, and villains must consistently take her strength seriously.

And if that’s not enough for you, she is also trained in various fighting and combat styles and can fly (or jump very high, you decide!).

Without a shadow of a doubt, she is DC Comics’ top heroine and one of the greatest in all the universes. 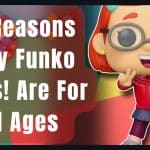 11 Reasons Why Funko Pops Are For All Ages