Invincible: Who is Omni-Man? His True Motivations Explained

Many people were surprised by Omni-Man in Invincible! Understand who Nolan Grayson is and his motivations and big secrets in the comics. 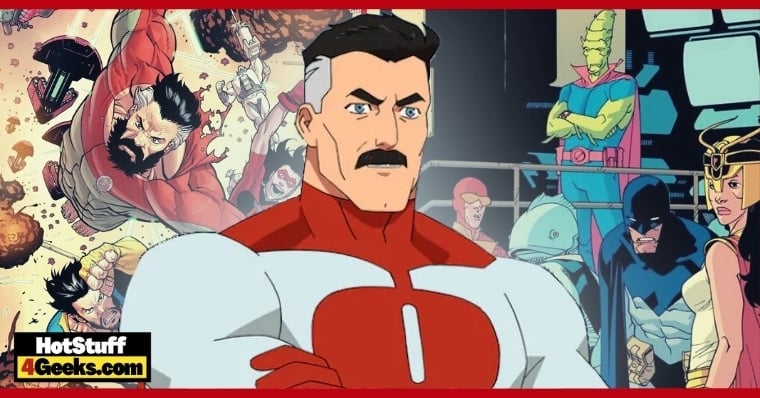 Prime Video is determined to shock superhero fans. The new animation, Invincible, features a much more aggressive group than we are used to. But no hero is as surprising as Omni-Man, Earth’s most excellent defender.

He is a sweet and reliable man to his family and the world – an example to be followed. Everything changes at the end of the first episode, when he commits horrible acts, showing his true nature. But why did he do this? What are the motivations of this complex character? Find out all about Omni-Man!

Just be careful. Heavy SPOILERS ahead for a lot of things that can happen. 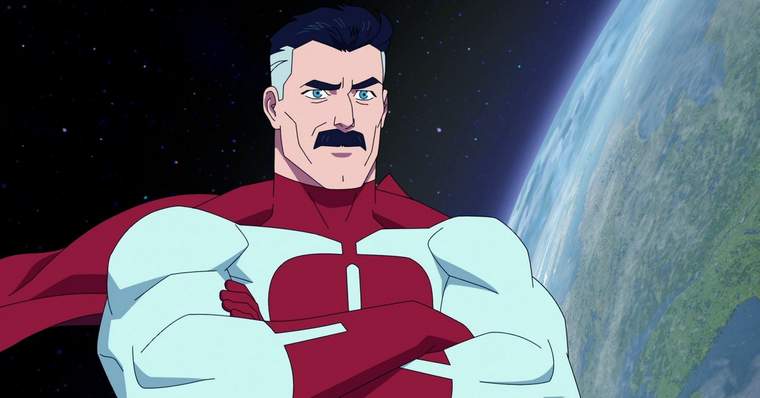 Omni-Man is Earth’s greatest superhero in the Image Comics universe. He is an alien who was born on the planet Viltrum and defends our quadrant of the galaxy along with the Guardians of the Globe. Even though they work together to defeat numerous villains, he has never officially agreed to join the team.

When he is not patrolling the world, he lives under the secret identity of Nolan Grayson, a renowned writer who is very devoted to his family. Deborah, his wife, taught him all about earthly morality, and together they had a son who would grow up to become the Invincible hero, Mark Grayson. 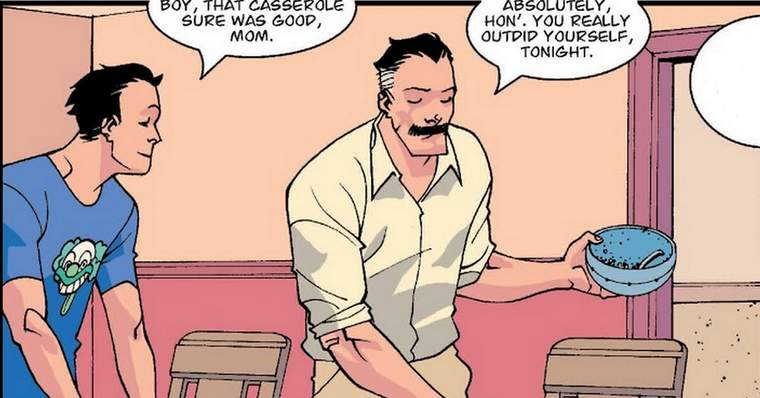 Created by Cory Walker and Robert Kirkman, the Walking Dead creator, Omni-Man was born as a direct satire of Superman, sharing similar powers and origins with the noble DC Comics hero. His original name was Supra Man, but Image Comics decided to change it to avoid potential legal problems.

He first appeared in the comics in Invincible #3, published in 2003. His original version is very similar to what we see in the animated series, but we only find out his true intentions much later in the comics. 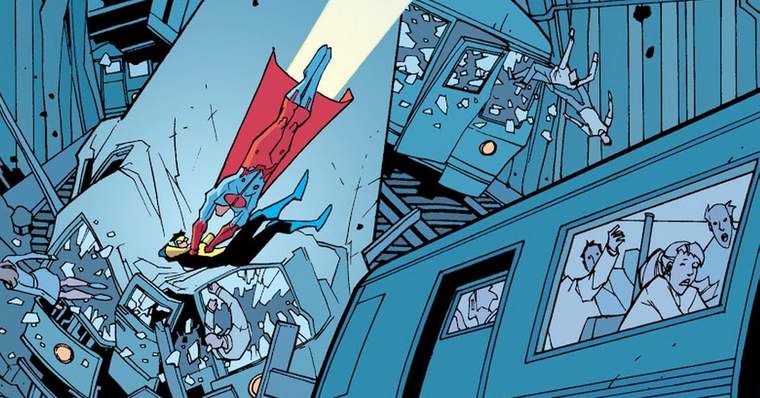 Just as Superman gets his strength from his Kryptonian descent, Omni-Man powers come from his Viltrumite physiology. His kind physically resembles humans but possesses enviable abilities such as super strength, speed, endurance, and invulnerability.

Even when it is occasionally injured, its body has access to an accelerated healing factor. It also ages at an ultra-reduced rate and can live for thousands of years. It can fly, even in space, and hold its breath for weeks. And his dominant genetics ensure that his children inherit his powers.

Why did Omni-Man kill the Guardians of the Globe? 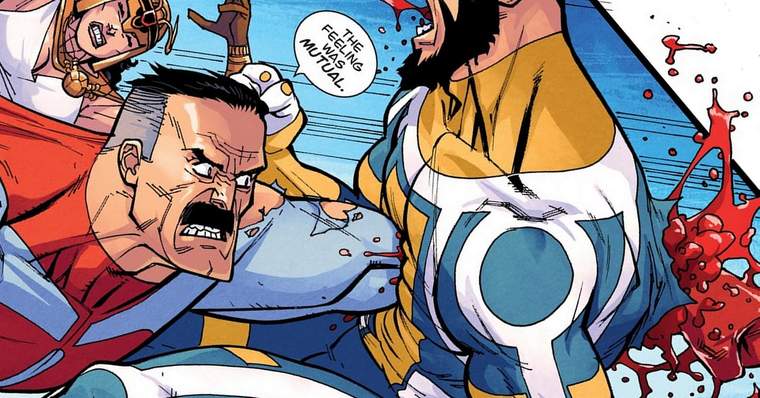 The first episode ends with a surprising twist: Omni-Man summons his allies, the Guardians of the Globe, to headquarters only to kill them one by one in the most grotesque way possible. Thus, we discover that the all-powerful hero is not as nice as he seems.

In fact, his ultimate goal is to dominate the Earth and subjugate humans in the name of the Viltrumite Empire. Killing the planet’s greatest protectors, weakening our chances of resistance, is only one piece of his plan. In the end, he intends to offer the humans two options: accept his protection and leadership or a complete genocide of the entire population. Something that, considering the end of the second episode, we know he is fully capable of.

Who are the Viltrumites? 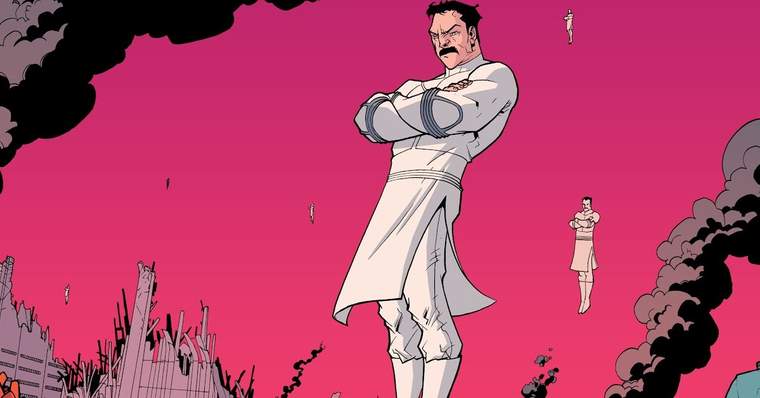 It is not only about his identity that Nolan has been lying. The whole story he tells about his people is an illusion. He says that the Viltrumites are an altruistic alien race from a distant planet who send super-powered missionaries to protect each planet from outside threats. But this is what they want you to think!

In fact, the Viltrumites are conquerors of the universe who select their best warriors – by wars, natural selection, and eugenics – to enslave peoples and drain their natural resources in the name of Viltrum. This obsession with purity has made the species susceptible to a virus that has reduced their population to only 50 individuals. Therefore, enslaving new civilizations became crucial to ensure the survival of the species.

Is Omni-Man a villain? 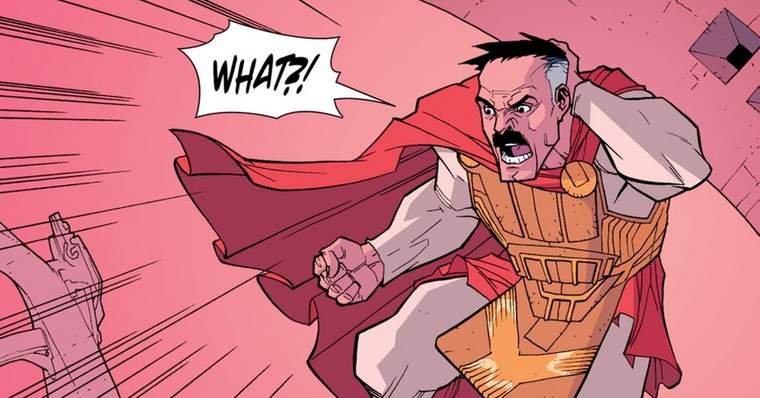 No. Morality is a strictly human concept, so it is hard to state that Omni-Man is an evil guy categorically. In the first phase of the comic, he is basically a brutal genocide. But when Mark discovers all that he has done, Omni-Man repents thanks to the genuine love he feels for his son and flees Earth to avoid colonizing it.

A complex arc of redemption then begins. Nolan becomes the leader of a new planet, but he does not have to dominate by violence this time. This race has a concise life cycle, and the oldest ending up becoming the leader. As Emperor, Nolan is a much better person, and he begins to always look for a less violent way to resolve conflicts. 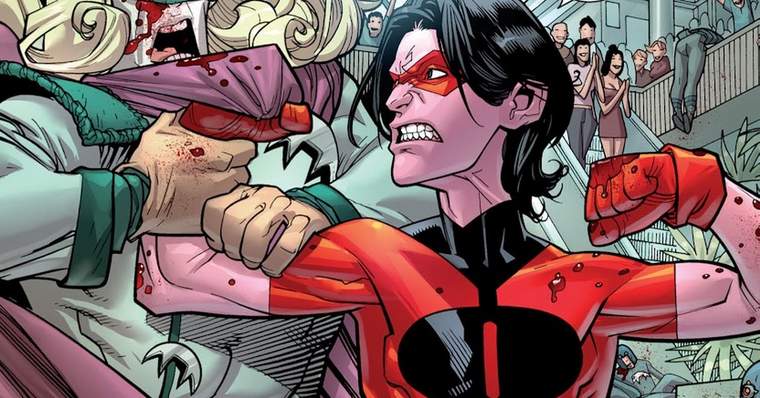 During his time on the planet Thraxa, Nolan remarries Andressa and gives birth to a hybrid son. The child is born with purple skin, something the Viltrumites could not accept. When Viltrum agents invade Thraxa, searching for Nolan, the Emperor sends his son to Earth, where he is raised by his ex-wife, Debbie.

He is named Oliver by his adoptive mother and grows much faster than an ordinary human or Viltrumite. He soon shows off his powers and fights crime under the nickname Kid-Omni Man after his father.

Is the Planet Viltrum Destroyed? 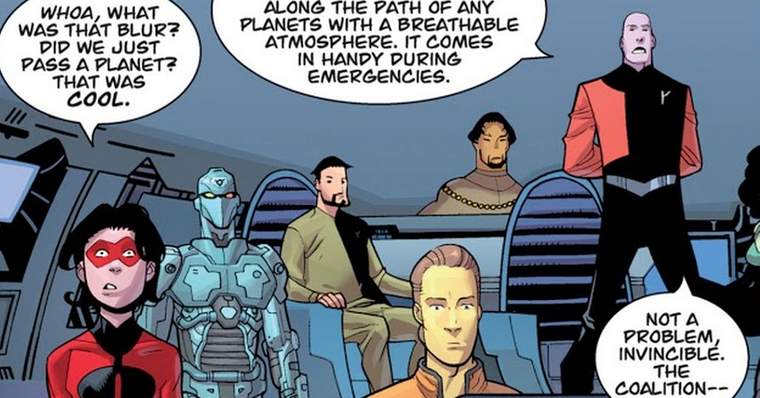 Yes. Viltrum ends up being destroyed due to an aggressive war between its people and the Coalition of Planets, the union of intergalactic leaders to oppose Viltrumite colonialism. When Omni-Man was imprisoned on Viltrum, he is eventually released to help them in their cause. Determined to stand up to his people, Nolan travels around the universe, summoning allies for the war to come.

Among the most powerful recruits are Nolan’s own sons, Mark and Oliver Grayson. The battle is brutal and ends with Viltrum exploding. Its leader, the Grand Regent Thragg, goes on a bloody rampage in retaliation, wiping out part of the Coalition and even severely wounding Nolan before fleeing. 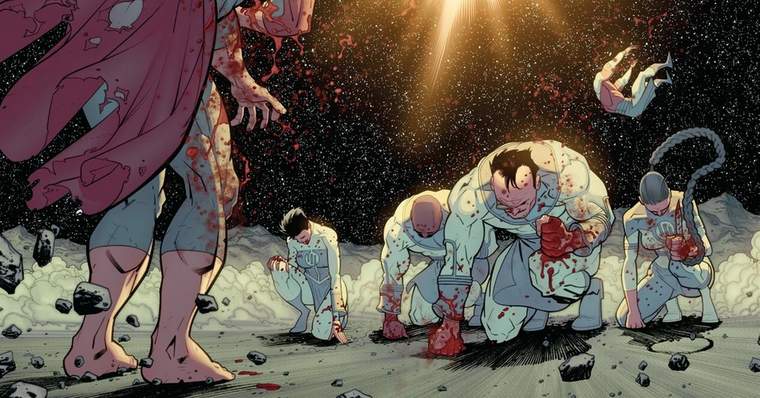 Nolan is a direct descendant of Argall, the most outstanding leader the Viltrumites have ever had. This discovery profoundly upsets Thragg, who believes he is the best option for the future of his people, especially since he does not agree with the pacifist beliefs of the Omni-Man. Living with humans has truly changed Nolan, and he believes that the same could happen to the other Viltrumites.

The two face off in space in a final duel. Thragg was about to win the fight, but the Viltrumites intervene upon finding out about Nolan’s ancestry. They swear allegiance to Omni-Man as their new leader. Their brief time on Earth was enough to infect them with the beauties of our world, and they decide to live in peace among the humans. 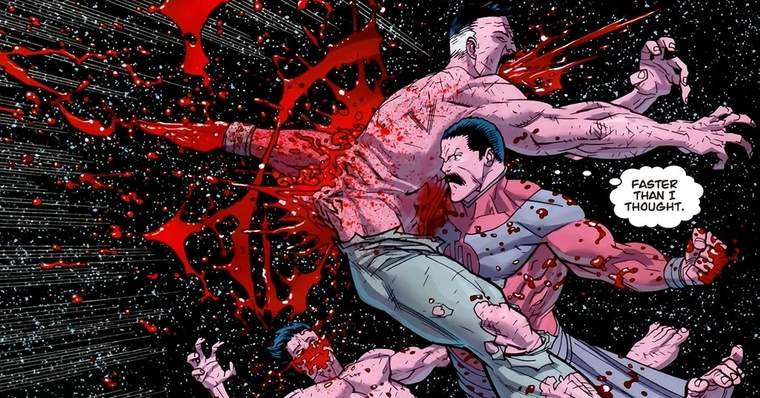 Nolan dies from injuries sustained in the battle against Thragg’s new army. After his defeat, he is exiled while the Viltramites live in harmony with the humans. The tyrant invades Thraxa and begins to create an army of hybrids to rebuild the Viltramite race in his own way.

Fearing the damage that Thragg can cause to the universe, Omni-Man summons his allies for the final confrontation. The thousands of Thragg’s children face the forces of Earth in a bloody fight on the outer rim of the sun. During the conflict, Thragg stabs Nolan in the heart. Mark the Invincible finally manages to defeat the tyrant and casts his body into the sun. But Omni-Man’s injuries are too severe, and he, unfortunately, ends up dying. 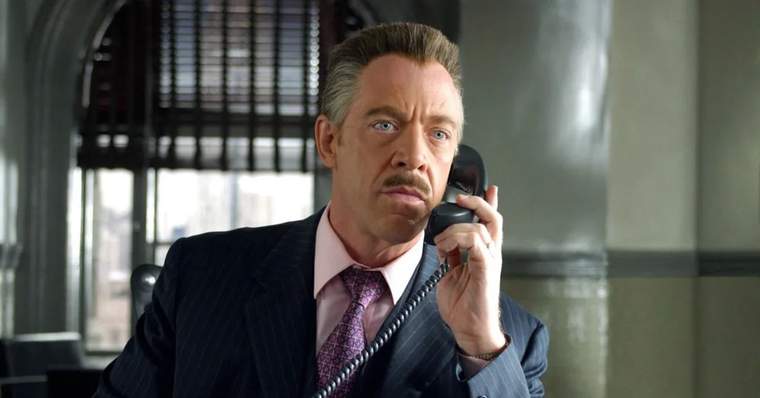 Amazon Prime Video has added a strong cast to the voice talent team for Invincible. Steven Yeun is Mark Grayson’s voice. On the other hand, Omni-Man is voiced by a very familiar face to hero movie fans, J.K. Simmons.

In the Marvel Universe, he plays J.J. Jameson in Sam Raimi’s Spider-Man trilogy and Spider-Man: Far From Home. In the DC Universe, he was Commissioner Gordon in Zack Snyder’s Justice League. And now, in the Image Comics universe, Simmons takes on the role of the all-powerful Omni-Man. 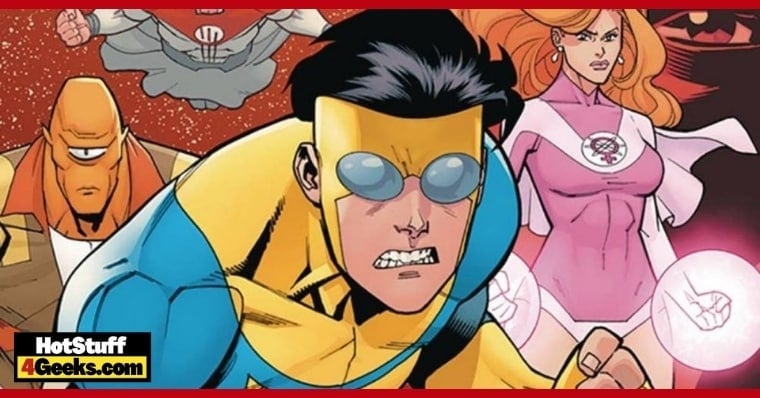 With two more seasons confirmed by Amazon, Invincible was obviously one of the main subjects discussed by Robert Kirkman at San Diego Comic-Con 2021.

Answering questions from fans, the comic book writer said that the next years of the animation should follow the same model as the debut season, changing and updating some points of the comic and creating some novel plots.

“There are a lot of things along the way that I really want to improve and change,” said Kirkman, who used two of the main battles from the first year as examples.

“Even the things that we directly adapt will be adjusted and hopefully improved in some interesting way.  I’m involved in the show, and I like new ideas, and so I’m hoping that we’ll have some new storylines here and there that we’re able to weave in that are completely original to the show.”

The main example of these changes from comic book to animation came when the comic book writer was asked about the role of Amber, the title hero’s love interest, in the coming years.

Agreeing that the screen version is better than the one on the pages, Kirkman stated that Amber “will continue to have a big role in the future. Does that mean the story of the comic will be changing? In some ways absolutely!  We’ll just see what that means when seasons two and three come out.”

Tearing up compliments for the TV counterpart of the character, he also praised the work of Zazie Beetz (Atlanta), who voices Amber in the original dub.

Invincible follows Mark Grayson, a teenager who discovers he has superpowers equal to his father’s, the greatest superhero on the planet. As a result, he must deal with the responsibility of inheriting his father’s role and thus protecting the entire world. Written by Robert Kirkman, creator of The Walking Dead, the comic lasted 144 issues and stood out among hero publications in the 2000s.

Invincible is now streaming on Amazon Prime Video, with the series already green-lighted for two more seasons. The Walking Dead premieres on August 22 on AMC.