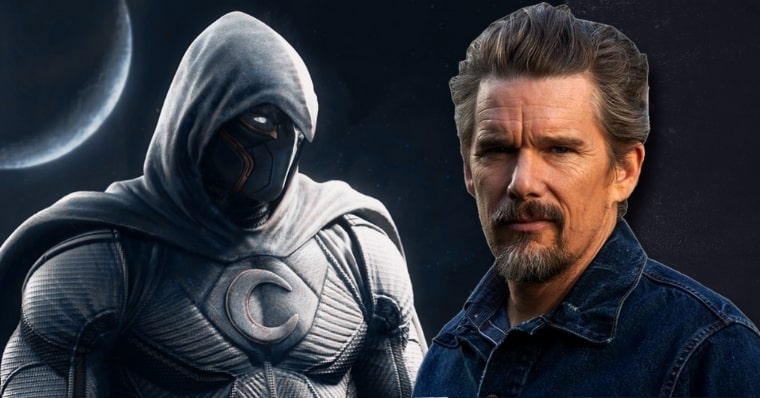 Next year we will have one of Marvel’s most anticipated characters making his debut in the MCU. The complex Moon Knight will be played by Oscar Isaac,  the actor who was crucial in getting Ethan Hawke to join the project.

In a new interview on Late Night with Seth Meyers, Hawke talked about the anti-hero series, giving details about the production and how he ended up falling into this fantastic world.

Joking that he couldn’t hold his tongue, even with all the contracts involving Marvel secrecy, Hawke explained that it all started thanks to a random encounter he had with Isaac at a Brooklyn coffee shop.

“I heard about it from Oscar Isaac, who lives like three blocks down the street from me in Brooklyn,” said Hawke. “I was at a coffee shop; he came up to me. He’s like, ‘Hey, I really liked The Good Lord Bird.’ 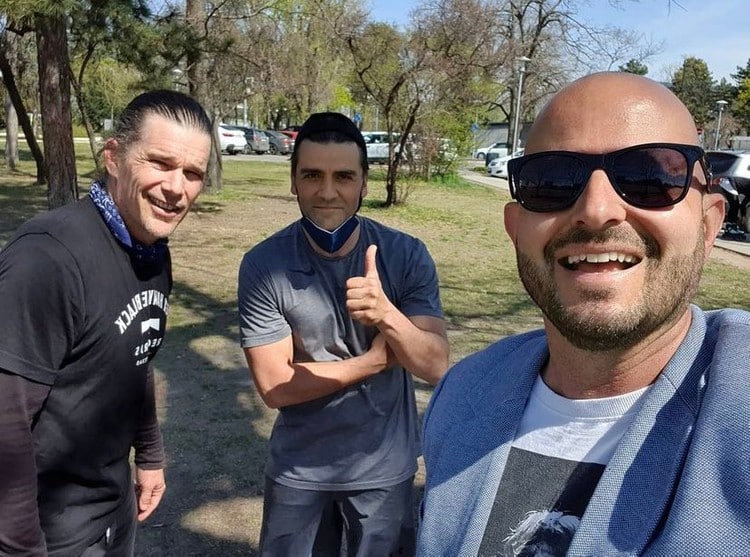 The actor went on to praise the production of the series, stating that Moon Knight has the best sets he’s ever been on.

“The costume, the set, the production design, the cinematography, all those elements are kind of mind-boggling. So I have entered some alternate universe and it is kind of interesting.”

When asked about his extravagant look that looked like a cult leader’s, Hawke stated that this was intentional. His character in the series is inspired by David Koresh, a real-life cultist who died in 1993 in a fire.

“I’ve based my character on David Koresh! I guess it’s working. You’re good, Seth. You’re good. Or maybe I’m not out of character yet… I will say that he is the basis for great character inspiration, however.”

Hawke’s character will be in the series has not yet been made public, but all signs indicate that the actor will play the central villain in the story. 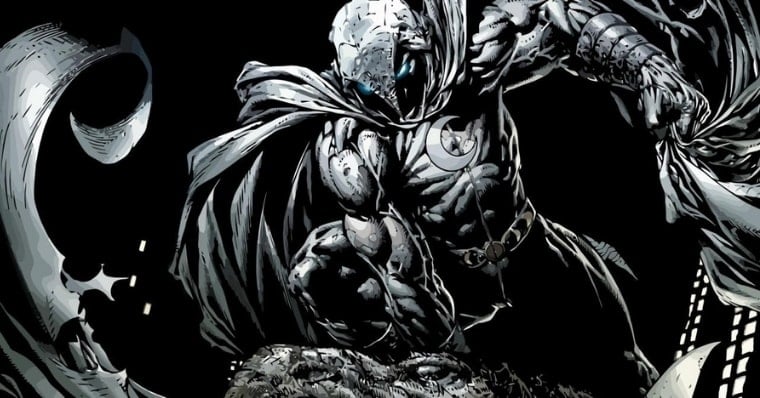 Moon Knight: Villain of The Series May Have Been Revealed

Disney+ is suspected to be adding one of Marvel’s darkest villains to its Cinematic Universe! New information about Marvel’s upcoming series, Moon Knight, may have revealed details about the plot’s new villain.

Over the weekend, we saw Oscar Isaac, who will bring the Moon Knight to life, saying that the new Marvel Studios series will be “pretty crazy.” And now it seems we have confirmation of a new actor and his character.

French actor Gaspard Ulliel, known for playing the young Hannibal Lecter in Hannibal, will play Anton Mogart, also known in the comics as the Midnight Man.

The information is on the Hamilton Hodell website, an agency that represents actors and actresses. On this site, it’s possible to find the portfolio for each artist, including films, series, shorts, and plays already performed.

Under the nickname Midnight Man, Anton Mogart made his debut in 1981’s Moon Knight #3 and made a few appearances over the years. He is an art and jewelry thief who, upon crossing paths with Moon Knight, ended up having his face disfigured, which caused him to swear revenge against the hero.

In addition to Gaspard Ulliel as the Midnight Man, actor Ethan Hawke will also play a villainous role in the series, likely to be the Moon Knight’s main antagonist.

For now, the show’s footage is underway, and its premiere is scheduled for 2022. 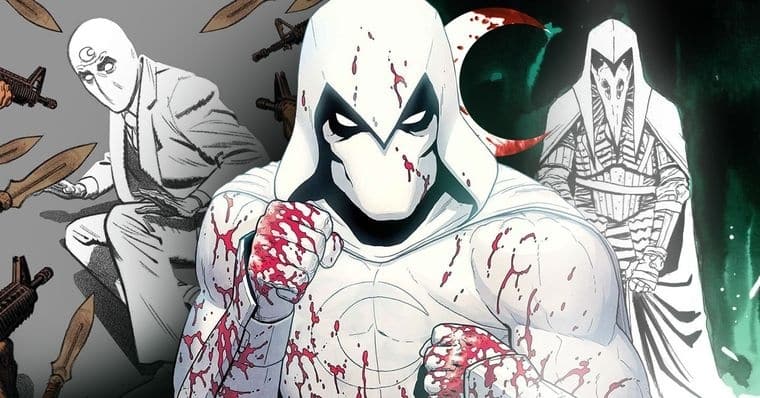 Who is The Moon Knight? Meet The Hero From Marvel Comics

Anyone who follows Marvel’s more obscure heroes knows that the Moon Knight is a character with a tragic history and an incredibly complex backstory. Marc Spector and his various identities will debut in Marvel’s Cinematic Universe in a solo series on Disney+, which is planned to be released sometime between 2021 and 2022.

In the comics, the hero not only sports several iconic looks but is also known for being the avatar of Khonshu, an Egyptian god of the moon and vengeance.

Created in 1975 by Doug Moench and Don Perlin in the pages of Werewolf by Night #32, the character has many stories and brings several elements that will be groundbreaking for the Marvel Studios franchise. For this reason, we have selected here a brief guide for you to understand a little more about the Moon Knight! 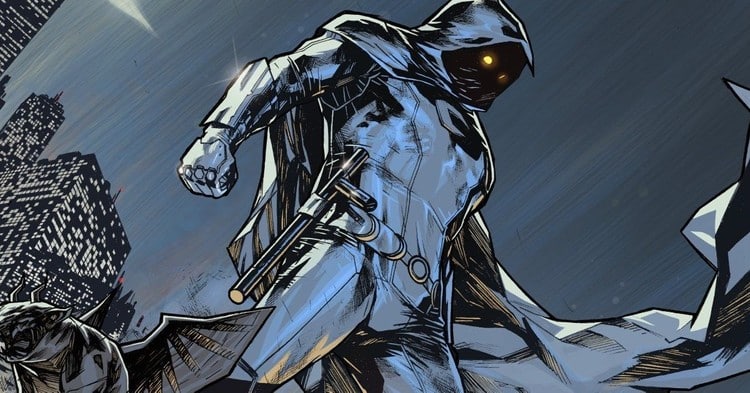 Born in Chicago, Marc Spector was the son of a rabbi. He had always been rebellious and nonconformist with life and consistently trying to conquer a better place in the world. As an adult, he joined the Navy and did some occasional work for the CIA. After leaving the military, he becomes a mercenary and goes on increasingly glorious and deadly missions, traveling all over the globe.

On one of these trips, he finds himself in Egypt. He is betrayed by one of his fellow missionaries (Raul Bushman) and ends up being killed near a peculiar statue – a figure of Khonshu, the Egyptian god of the moon and revenge. The deity took pity on the dying man and decided to resurrect him, turning Marc into his champion – a fighter and avenger for the weakest.

Thus was born the Moon Knight. He returned to the United States and joined forces with several essential allies, such as Jean-Paul DuChamp (the “Frenchie”), Marlene Alraune, and Bertrand Crawley. He develops some secret identities in his adventures to get away from the mercenary life and get closer to the criminal underworld.

In his first story in the comics, he is hired by the Committee, a nefarious organization that wishes to hunt down Jack Russell, the anti-hero known as Werewolf. Initially, this leads to a showdown between the two.  But they eventually realize that they need to ally to stop the criminal organization. So the two become allies, although they do clash from time to time. 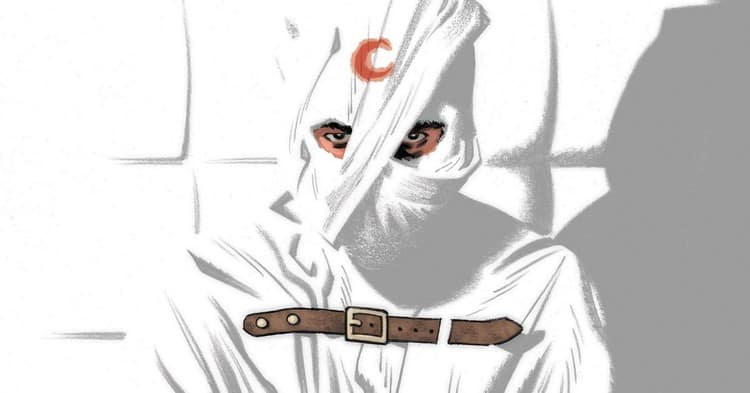 One of the defining features that make Marc Spector different from all the other characters in Marvel, or comics in general, is his greatest weakness: severe psychological problems, including dissociative personality disorder. This basically means that he has multiple personalities, which “appear” every time he requires one of them to come out.

At the beginning of his stories, he was split between three distinct personalities: the mercenary Marc Spector (his base personality), the millionaire playboy Steven Grant, and the grim cab driver Jake Lockley. Over time, he incorporated other personalities, although the first three are the only ones still depicted today. He even wore different costumes at one stage, to be the Moon Knight and Mr. Kinght.

All this makes the character’s story very rich and interesting. We never know if Marc is, in fact, Khonshu’s avatar or everything is just signs of psychological problems caused by his mental illness. This is very well explored in Moon Knight #8, a comic book that shows Marc Spector locked up in a sanatorium and forced to accept that all the adventures he has lived were nothing more than delusions.

We also know that part of this “madness” is due to Khonshu‘s own influence on Marc’s life. The god is known to have four “faces” – the Discoverer, the Welder, the Defender, and the Watcher. It is suspected that Spector cycles through these personalities, which causes him to become even more immersed in his own psychic problems, almost as if Khonshu catalyzed this. 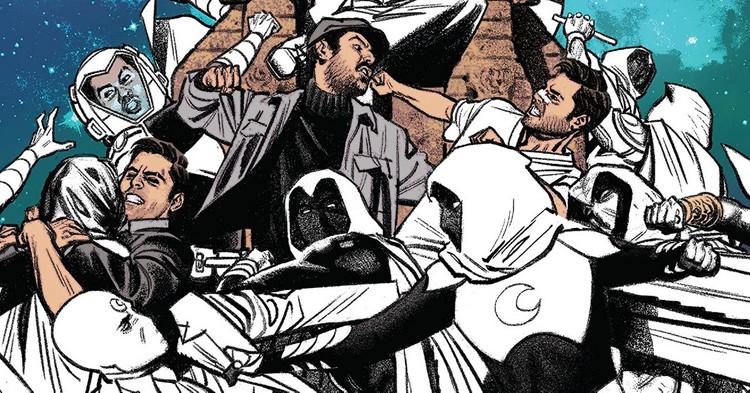 Marc Spector’s psychological issues have always made us question a bit his own beliefs and activities as Moon Knight.

For years, it was believed that he possesses a considerable increase in strength during full moon nights while being weaker during new moon periods. Some also say that he is immortal due to the pact made with Khonshu.

And while these “superhuman” powers are difficult to determine for obvious reasons, it is important to remember that Marc possesses various human skills and expertise. For example, he is an expert in investigation, interrogation, and weaponry due to his work as a mercenary. In addition, he is a pilot known for using various vehicles in his missions, including ships, planes, and boats.

He has also trained his brain to be very resistant to pain, besides being a master in martial arts and mastering several languages exceptionally well. Despite his abrupt personality changes, he is also generally seen as a friendly figure, which is why he has been part of several heroic teams, such as the Avengers, the Secret Avengers, the Heroes for Hire, and The Defenders. 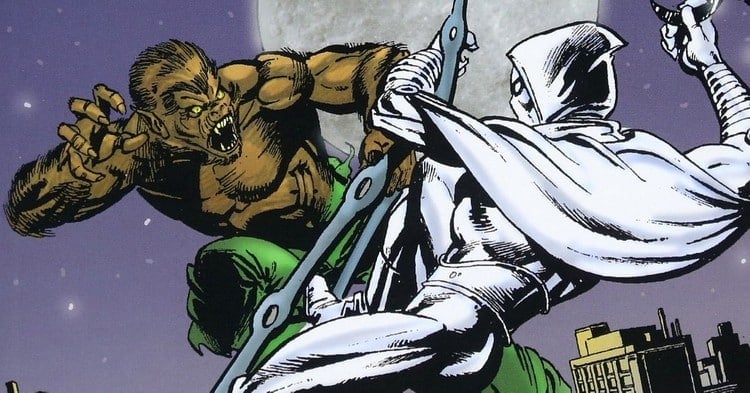 In the comics, Moon Knight has many enemies that may end up making an appearance in Marvel’s Cinematic Universe. Few are truly memorable, but I’ve picked out three here that are worth mentioning.

The first of these is the Werewolf I already mentioned above. Jacob Russoff was a cursed man who ended up becoming a lycanthropic creature. He initially fights the transformation but eventually embraces it and becomes a kind of anti-hero, using the savagery and grandeur of his animal form to put fear into his enemies. He and the Moon Knight have a fascinating “friends and rivals” dynamic.

Another important villain in Marc’s story is Raul Bushman, a mercenary from a small country in Africa who became famous for being very effective in his line of work, even though he was completely evil and mentally unstable. He abandons Marc Spector to die at Khonshu’s statue, and the two end up meeting a few times again over the years.

The third memorable villain is Scarlet Fasinera, an anti-heroine known as the Stained Glass Scarlet. Fasinera was a nun who decided to pursue vigilantism after being forced to execute her own son. Very violent and uncontrollable, she ended up clashing with Spector over the years, even trying to kill him a few times. 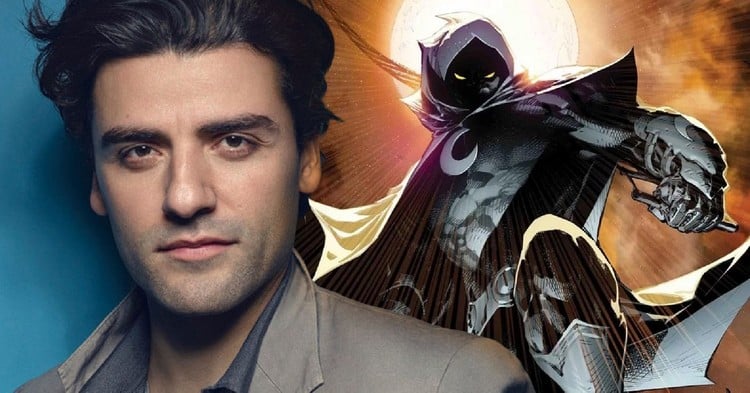 In 2019, it was announced that Marvel Studios would be developing a Moon Knight series for Disney+, following the model of recent and upcoming releases like WandaVision and Loki. The series is expected to be six episodes long and will explore the origins of Marc Spector and how he was transformed into Khonshu‘s avatar, becoming the Moon Knight.

So far, we have some sparse information about the series and its production. We know that Jeremy Slater (the creator of The Exorcist and The Umbrella Academy series) is developing the scripts. At the same time, Mohamed Diab and the duo Justin Benson and Aaron Moorhead are expected to direct some episodes. During Disney Investor Day last year, Kevin Feige said that the series would explore much Egyptian mythology.

However, the biggest attraction of the series is its protagonist. Oscar Isaac (Poe Dameron from the new Star Wars trilogy) will play the Moon Knight.

The Moon Knight series does not yet have a release date. However, it is believed that filming will begin later this year, and the first season will be released next year, further expanding the territory of the Marvel Cinematic Universe on Disney+.