10 Most Vicious New Gods of Apokolips

Apokolips has arrived in the DC Cinematic Universe! Meet the main characters from the planet, ruled by the despot Darkseid. 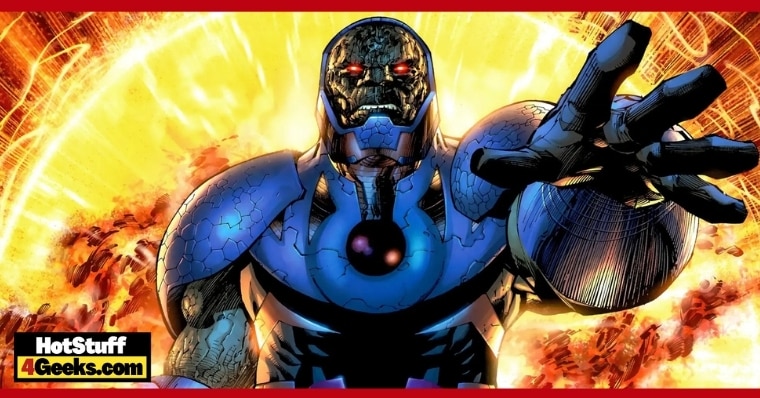 As the saying goes, Darkseid IS. And he “is” so much so that he commands the most monstrous and destructive planet in DC comics, home to some of the most all-powerful beings in the multiverse.

Now that Apokolips, its ruler, and armies have been officially introduced in the movies with Zack Snyder’s Justice League, it’s time to get to know the main characters of this nightmarish, polluted, and ruined planet.

We’ve separated in this list the most notable names from Apokolips (or related to the planet) for you to understand this almost divine threat better. 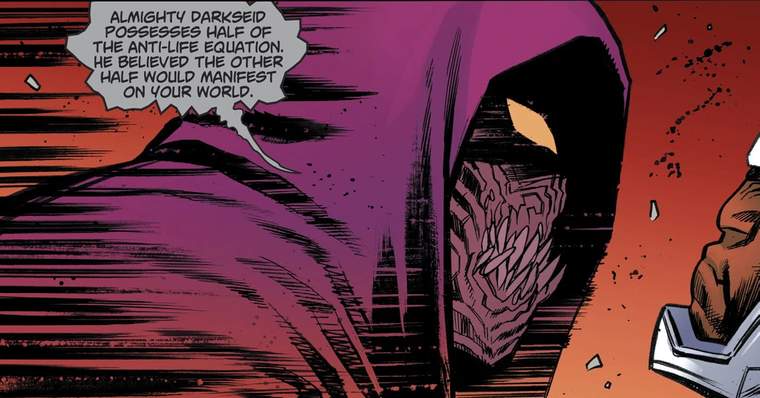 One of the New Gods of Apokolips introduced in the Snyder Cut is Desaad, one of Darkseid’s most famous and infamous servants.

Desaad is known for his absolute sadism, being the main torturer in the army of Apokolips. Those who fall prey to his questioning are doomed to the worst of torments. Besides extracting everything he needs from his victims, Desaad feeds his powers through the agony of his targets.

Generally, Desaad is placed as one of Darkseid’s main allies, almost – and only almost – as an advisor. He is also the chief scientist of Apokolips, always working on nefarious experiments. 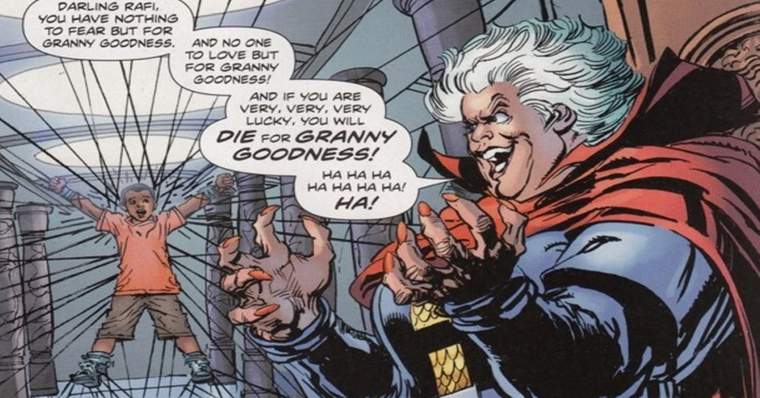 Don’t be fooled by the name. There is nothing good about this lady. Grandma Goodness is one of the leading generals in Darkseid’s army, leader of the Apokolips orphanage, and commander of the Furies.

Just like Desaad, Grandma Goodness’s main traits are her cruelty and sadism. She maintains an orphanage on Apokolips where she tortures children – usually war orphans – to turn them into her army’s twisted warriors.

Goodness is also the Furies’ commander, a female military unit on Apokolips, made up of the most powerful warriors to come out of the orphanage. 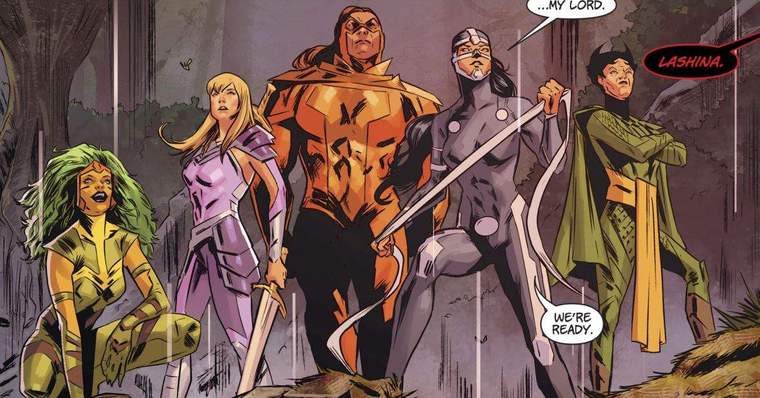 Speaking of which, the Furies are a particular raiding party on Apokolips, composed entirely of women. Raised in the Grandma Goodness Orphanage, they were trained from a very young age in the art of war, torture, and murder.

The Furies have had various formations over the years, but the prominent members are Mad Harriet, Gillotina, Stompa, Lashina, and Bernadeth (following the image above). Big Barda was placed as the “leader” of the Furies in the field before deserting the group. 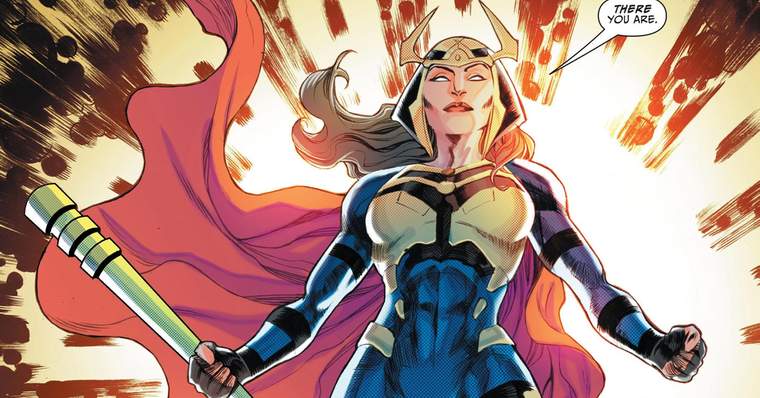 Raised in Grandma Goodness’s Orphanage and a longtime field leader of the Furies, Big Barda is among the few inhabitants of Apokolips who have escaped Darkseid’s control and become heroes.

Barda’s life on Apokolips changes when she meets Scott Free, the son of the Highfather of New Genesis, who was being “raised” by Grandma Goodness. She falls in love with the boy and helps him escape the planet.

Sometime later, Barda also deserts the Furies and flees Apokolips, following Scott to Earth. The two marry and form one of the prominent couples in DC Comics. 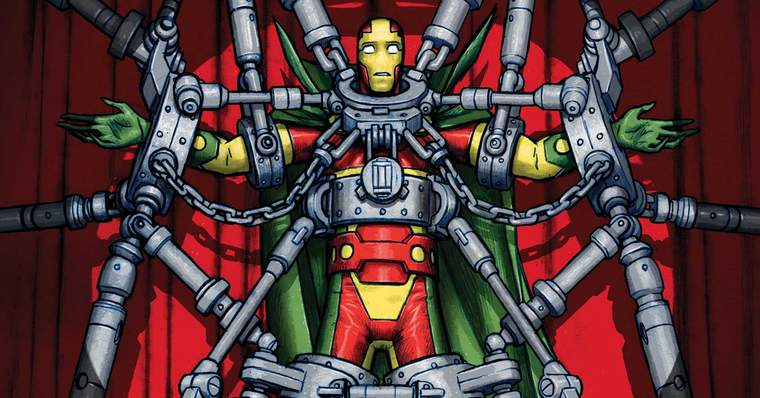 The story of Mister Miracle is one of those tragic ones from the beginning.

Son of the Highfather of New Genesis, Scott Free was delivered into Apokolips’ care in a diplomatic treaty to end a great war between the two planets. Darkseid, in return, sent his second son, Orion, as a “bargaining chip.”

On Apokolips, Scott is confined to Grandma Goodness’s Orphanage, where he grows up being tortured physically and psychologically, with slight chances of escape. This changes when he meets Big Barda and falls in love with the warrior. After some reluctance, she helps him escape, and he ends up on Earth.

On Earth, Scott Free takes on Mister Miracle’s role, an escape artist in a circus. When Big Barda also escapes from Apokolips, the two marry, with Highfather’s blessing. 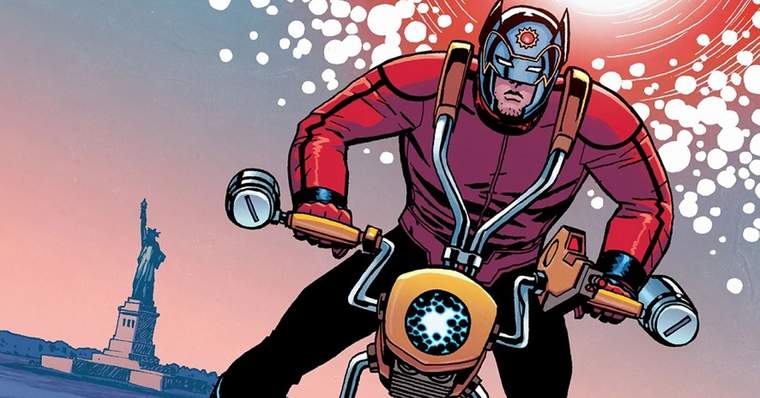 On the other hand, Orion is Darkseid’s son sent to New Genesis on the diplomatic deal. He was raised by Izaya, the Highfather, and taught to control his rage – an inheritance from his biological father.

Orion’s mother is Tigra, Darkseid’s second wife. She planned for her son to become the new leader of Apokolips, using every tactic to increase Orion’s hatred for Darkseid so that he will kill him without hesitation when the time comes.

Orion is one of the most powerful warriors in the DC Universe, combining the hereditary strength of Darkseid with the teachings of New Genesis. Sometimes in the comics, it was prophesied that he – or Mister Miracle, in some interpretations – would be responsible for Darkseid’s death. 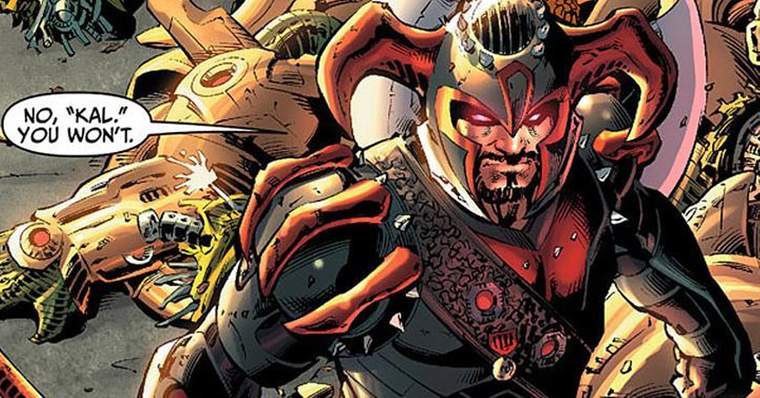 The main villain of Justice League comes straight from the comics and from Apokolips.

The Steppenwolf is Darkseid’s uncle, brother of Heggra, the tyrant’s mother. He was already one of the Apokolips’ army’s principal commanders before his nephew took over the throne.

In the comics, the Steppenwolf killed the wife of Izaya, the Highfather, who took his life as revenge. He is resurrected sometime later and takes over again as Darkseid’s general.

Following a similar path to the one in the movies, in the most current stories of the New Gods, the Steppenwolf is ordered by Darkseid to start the Earth’s invasion. 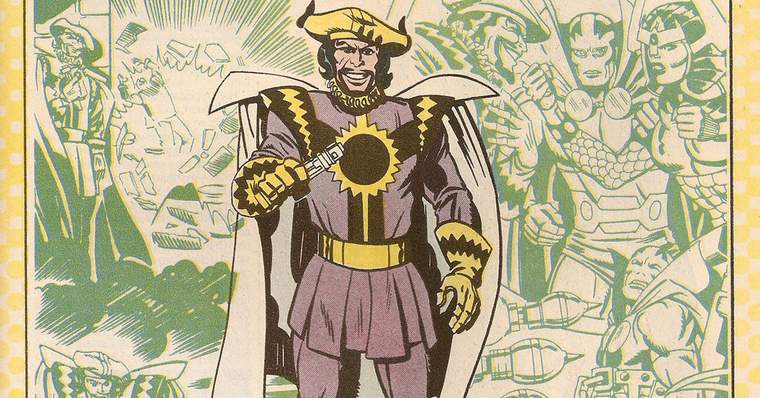 Also called Iluthin, Kanto is the chief assassin of Darkseid’s army – and one of his most dangerous sidekicks. He is a great swordsman and is also one of the people responsible for “educating” the children in the Grandma Goodness Orphanage.

Kanto can be recognized by his “renaissance” look. Together with the Steppenwolf, he is one of the people in charge of Darkseid’s invasions and, in the most recent stories, he is sent in the attempt to conquer the Earth. 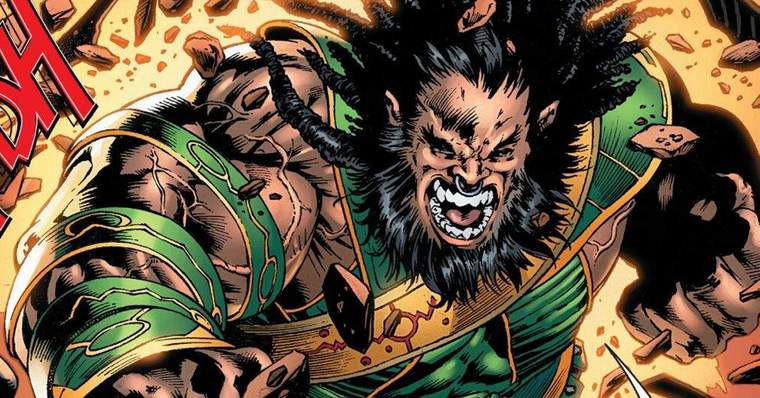 In addition to Orion, Darkseid has two other sons; Kalibak is the oldest and most loyal of the three. He is usually placed as the second in command of Apokolips’ armies in the New Gods stories.

Even with such a high ranking, Kalibak has a conflicted relationship with his father over Orion. He is jealous of his brother, even though they are always on opposite sides on the battlefield. He often gets out of control and goes against Darkseid’s orders because of this. 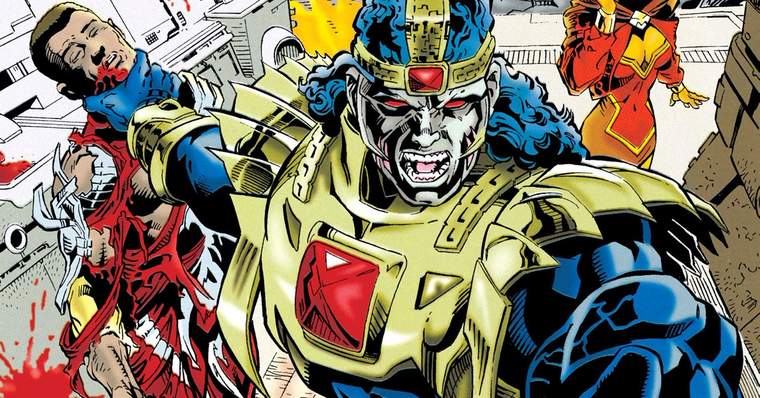 Finally, Darkseid’s youngest son is Grayven, born to an unknown woman on one of the thousands of planets the tyrant has conquered.

His father does not recognize him. This has set him on a dangerous journey of universal domination, intending to take Apokolips’ throne, which he believes is rightfully his.

Grayven is not welcome on Apokolips and dedicates his life to avenge this rejection. He has faced Darkseid a few times and is the villain in many DC heroes’ stories. And, ironically, he is the son who most inherited Darkseid’s appearance.