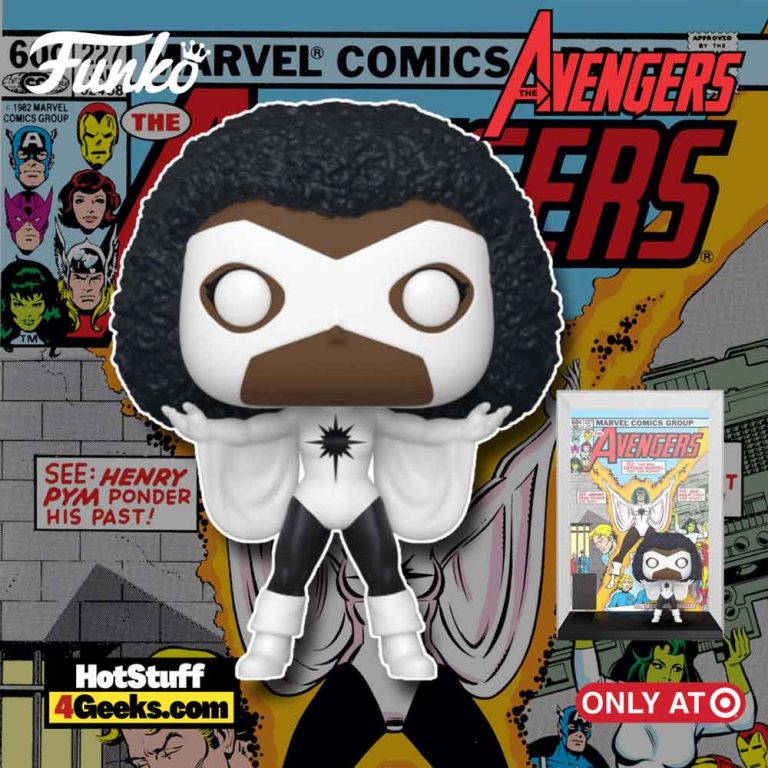 All prepackaged in a protective case that can be hung on your wall (available for pre-order at the links below.)

As the leader of the Avengers, Monica Rambeau has guided the team through multiple adventures, from a feud with the X-Men (over Magneto) to an epic battle against a new and improved Super-Adaptoid (an old enemy of the team) and its robotic allies (the group known as Heavy Metal).

Under Monica’s leadership, the Avengers’ H.Q. was moved from New York to the artificial island known as Hydrobase.

Celebrate Monica Rambeau as Captain Marvel in The Avengers Issue 227 with the Funko Pop! Comic Cover Captain Marvel! Now available for pre-order at the links below. 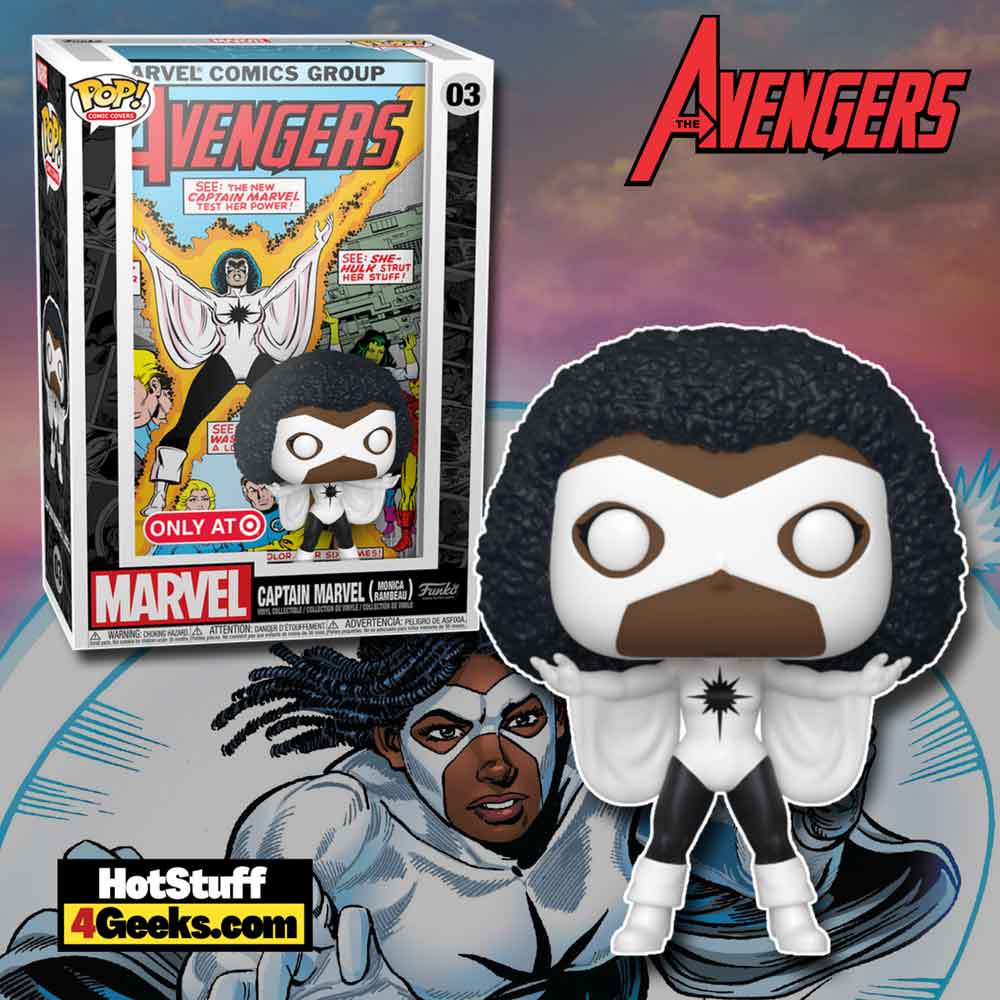 After the Kree warrior’s death, Marvel Comics quickly introduced the one who would be his replacement.

In the pages of Amazing Spider-Man Annual #16 (Vol 1, 1982) comes Monica Rambeau, a lieutenant in the New Orleans police force. She is involved in a freak accident with a dangerous weapon of criminal origin.

Bombarded by its rays, Monica is transformed, in true Marvel style, into a meta-human capable of manipulating and assuming the form of any kind of light.

Able to fly, become intangible, reach dizzying speeds, and emit powerful energy blasts, this new Captain Marvel is a character quite distinct from her predecessor.

Monica does not possess the cosmic consciousness granted by Eon to Mar-Vell, nor the title of protector of the universe.

That task will now fall to another hero, Wendell Vaughn, a.k.a Quasar. 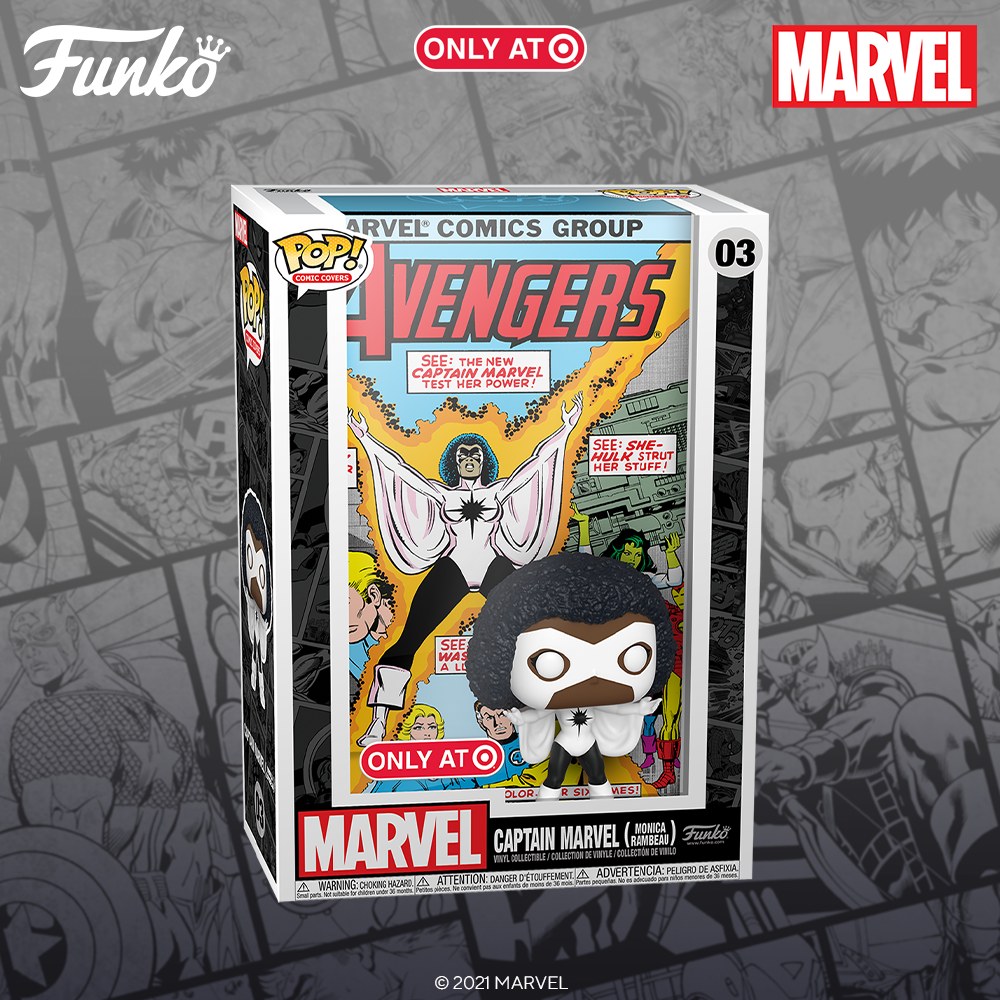 The Funko Pop! Comic Cover The Avengers Issue 227  -Captain Marvel! Now available for pre-order at the links below.

Created by Roger Stern and John Romita Jr, the new Captain Marvel also stands out for being one of the most relevant black heroines of this period (along with Storm, leader of the X-Men).

After a feud with the villainous Plantman, Monica would eventually be appointed by none other than Captain America himself to serve as the group’s chairperson after the events of Avengers Siege, which saw the heroes’ mansion attacked by the Masters of Evil.