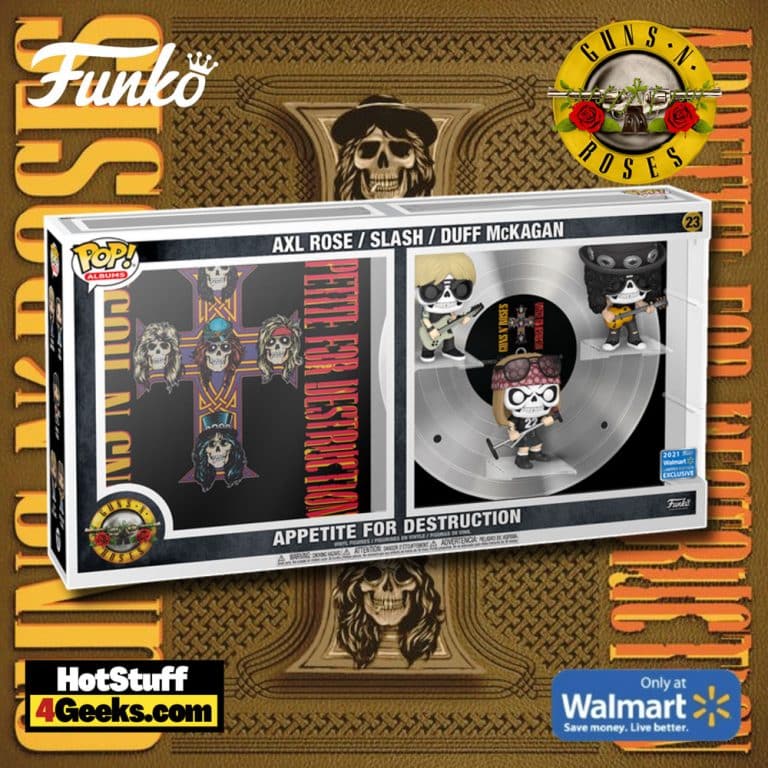 It features each band member as Pop figures and the album cover art packaged together in a hard protective case that can be hung on a wall. Axl Rose, Slash, and Duff McKagan Funko Pops! are ready to rock in our music collection.

Guns N’ Roses is one of the most remarkable bands in music history and has been described as “the last rock savages.”. Initially formed by Axl Rose, Slash, Izzy Stradlin, Duff McKagan, and Steven Adler, the group made history right away with their first album, Appetite For Destruction.

The album was released on July 21, 1987, and featured some of the American musicians’ biggest hits, such as “Welcome to the Jungle,” “Paradise City,” and “Sweet Child o’ Mine.”

The Walmart exclusive, Guns N’ Roses – Appetite for Destruction Funko Pop! Albums Vinyl Figures can be found at the links below (click to jump!) 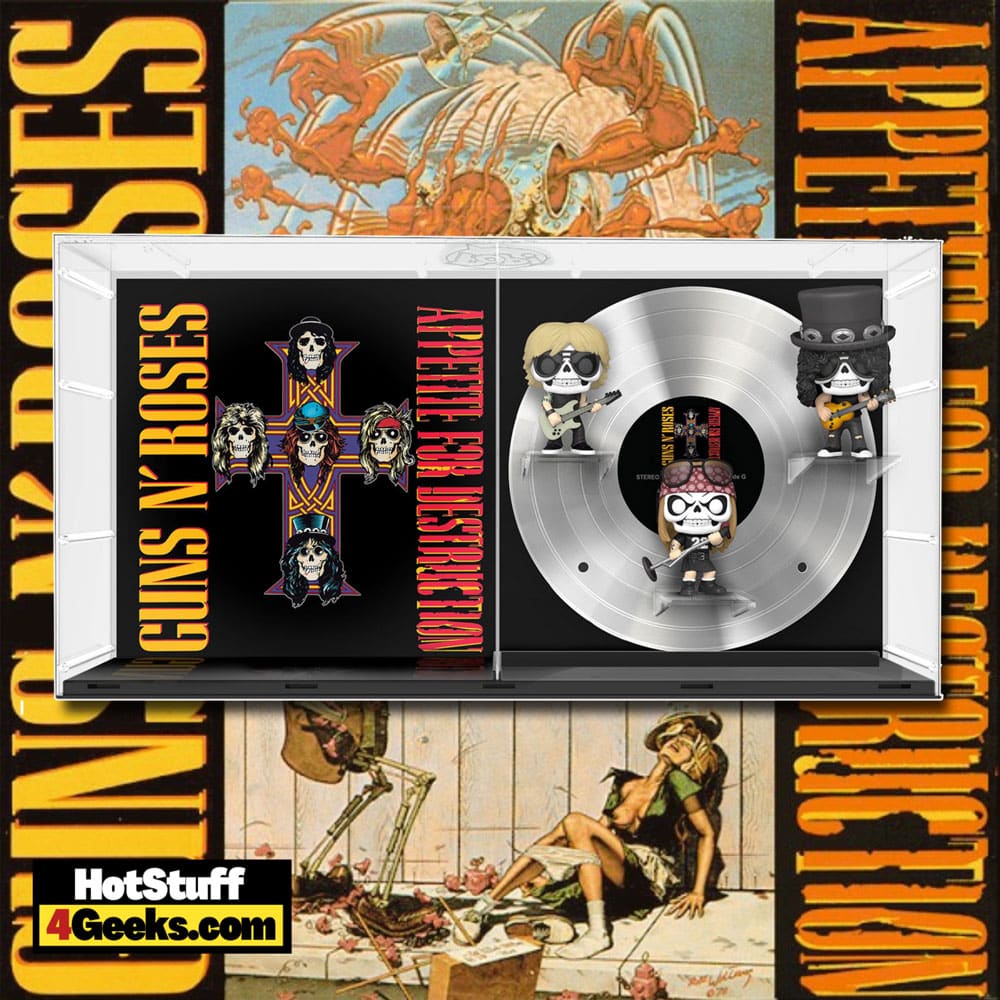 July 21, 1987, has been forever etched into the history of Guns N’ Roses and world music.

On that day, 34 years ago, the California band led by lead singer Axl Rose released their debut album, Appetite For Destruction, and quickly became one of the biggest names in rock and roll.

Ironically, the start on the right foot also became the peak of the band’s career in-studio recordings. Unfortunately, the album’s successors never reached their technical level and popularity, and the band quickly combusted with the departure of critical key pieces like guitarist Slash.

Appetite For Destruction is, then, both an incredible start and a milestone in the band’s career that relies mainly on its hits.

The album’s sound reflects what was happening in the Los Angeles underground music scene in the late 80s and early 90s.

Hard rock dominated the small clubs in the city and was happening simultaneously with Punk shows full of violence, drugs, and chaos.

The Guns N’ Roses scene wasn’t exactly different. Still, they knew how to create a more accessible atmosphere, treating musicians as rockstars from an early age and always showing a commercial approach.

Appetite For Destruction brings songs full of great guitars and great vocals, with a production that allowed the album to sell to the masses and quickly occupy a space that had been taken by other bands of the time, most of them not so noisy.