Although it seems that Iron Man’s fame came only with Robert Downey Jr.’s performance, the genius, millionaire, playboy, philanthropist, and of course, the only ‘inevitable’ savior of half the Universe has a history in the comics worthy of the gods.

Wounded and captured by his enemies, billionaire industrialist Tony Stark was forced to build a weapon but instead created an advanced suit of armor to save his life and escape captivity.

With a new outlook on life, Tony uses his money and intelligence to make the world a better and safer place as the invincible Iron Man.

Now, Tony Stark gears up in his red and gold Iron Man suit, and he’s ready to join our Marvel Avengers: Endgame collection as a Mega Pop! figure!

The 18-inch Iron Man Mega-Sized Funko Pop! is now available for order at the links below (click to jump!) 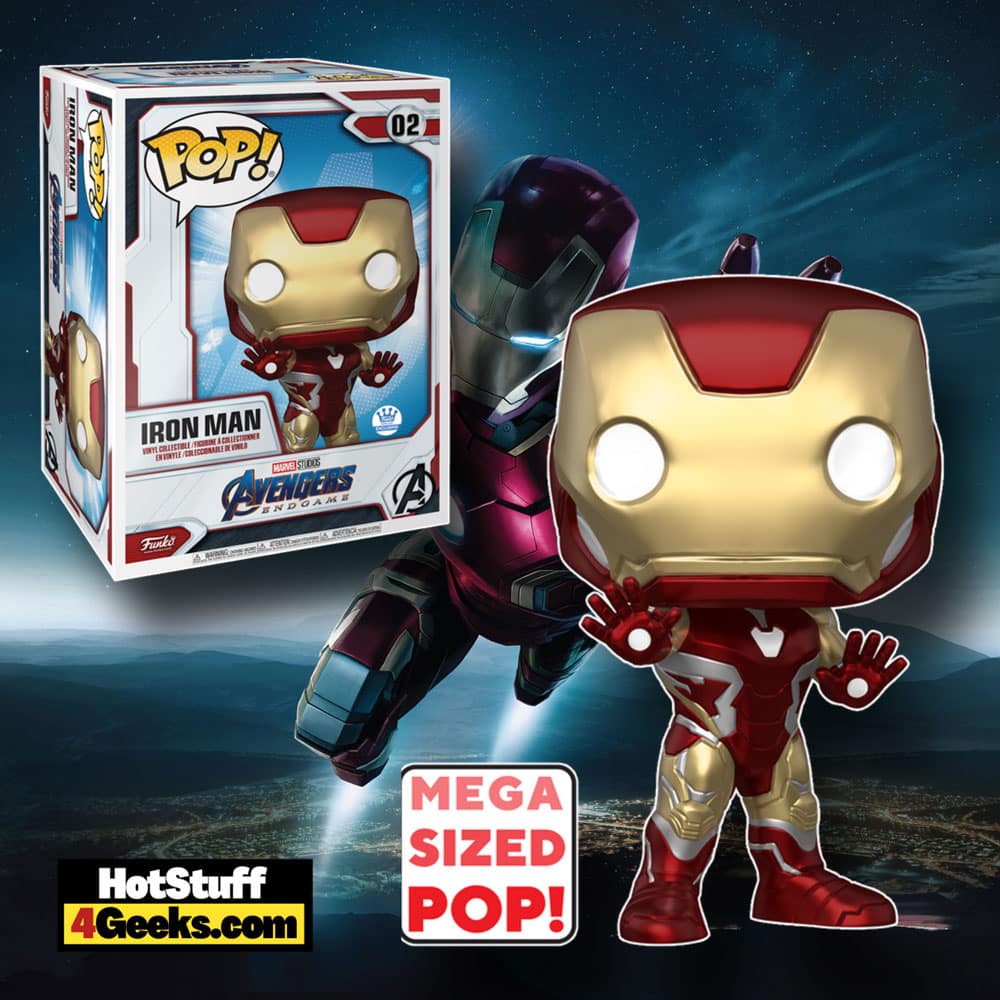 Iron Man’s farewell in Avengers: Endgame was one of the saddest moments for the Marvel fandom.

One of the most charismatic characters in the UCM, Tony Stark, said goodbye with an epic snap, and his flame was extinguished in the arms of his beloved Pepper Potts.

But now, anything is possible in the Marvel Cinematic Universe. The arrival of the multiverse has broken any scheme, allowing everything to be canon in the franchise.

The chance for various superheroes to return is real, including iconic characters like Captain America and Iron Man. Will Iron Man return to Marvel Studios with variants of Tony Stark? 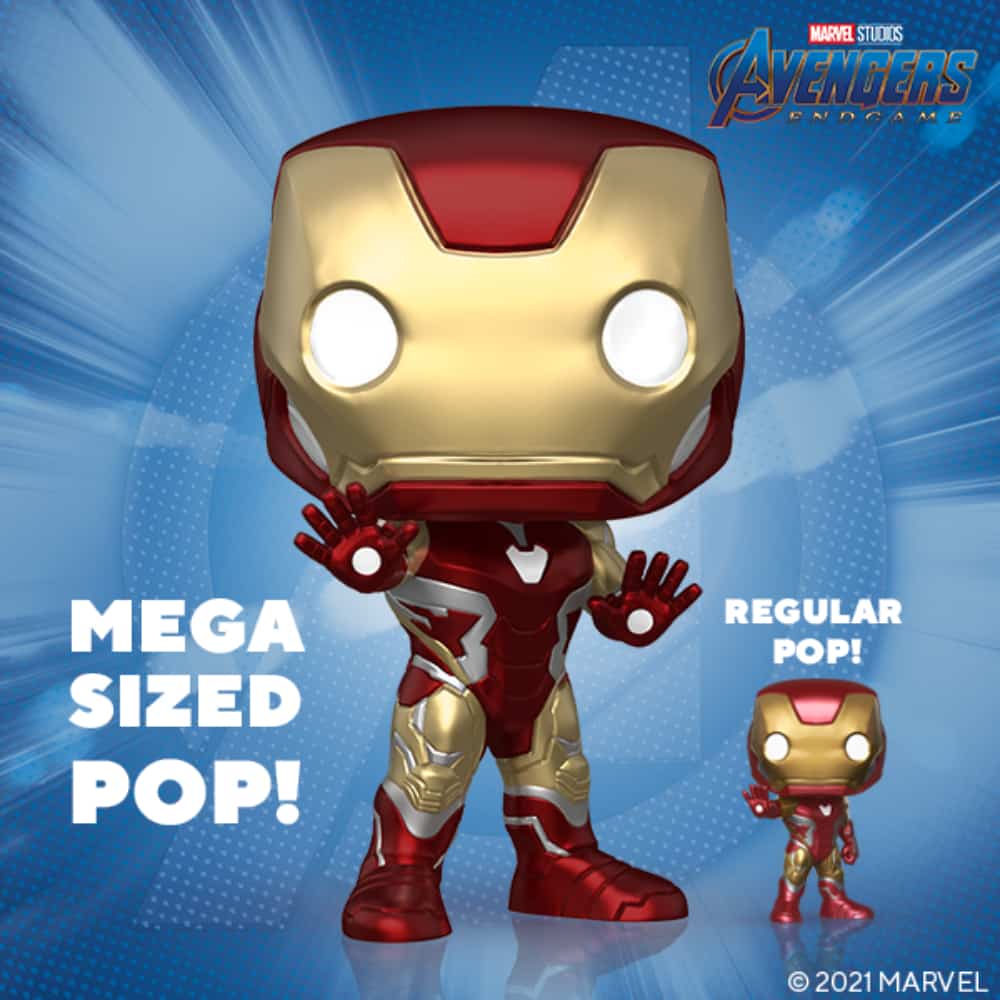 The 18-inch Iron Man Mega-Sized Funko Pop! is now available for order at the links below (click to jump!)

Robert Downey Jr. doesn’t seem too keen on being Tony Stark again, but the Iron Man character is too juicy for the company to leave him aside.

The truth is that the multiverse has made anything possible. However, Kevin Feige has the final say, so we will have to wait and see if this rumor is confirmed or not.