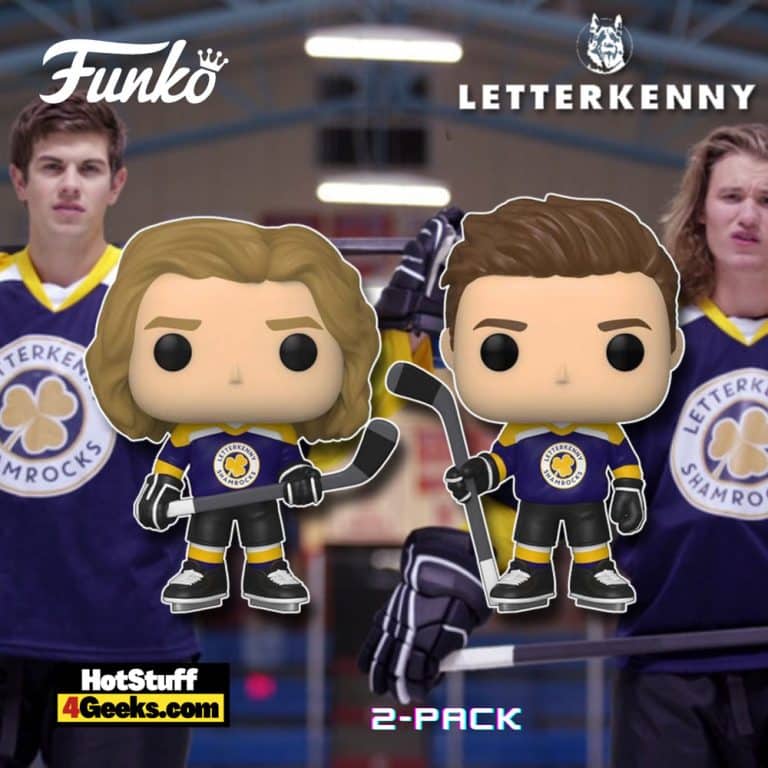 This comedy set in a small community in Ontario, Canada, is crazy in the best possible way. Ice hockey players, “rednecks,” outsiders, drug addicts, and the “locals” make up the cast of delightfully strange and refreshing characters.

They often speak in a dense Ontario dialect, presenting a surprising stream of wordplay, delightful puns, and discussion of big issues.

Dressed in their Letterkenny Shamrocks’ uniforms, Reilly and Jonesy Funko Pops are now ready to join Daryl, Dan, Katy, and Wayne in your collection. So stay sharp to catch these quick-witted and exclusive pops!

Letterkenny 2-pack Reilly and Jonesy Funko Pops are now available for pre-order at the links below (click to jump!) Expected release date: 01/28/2022 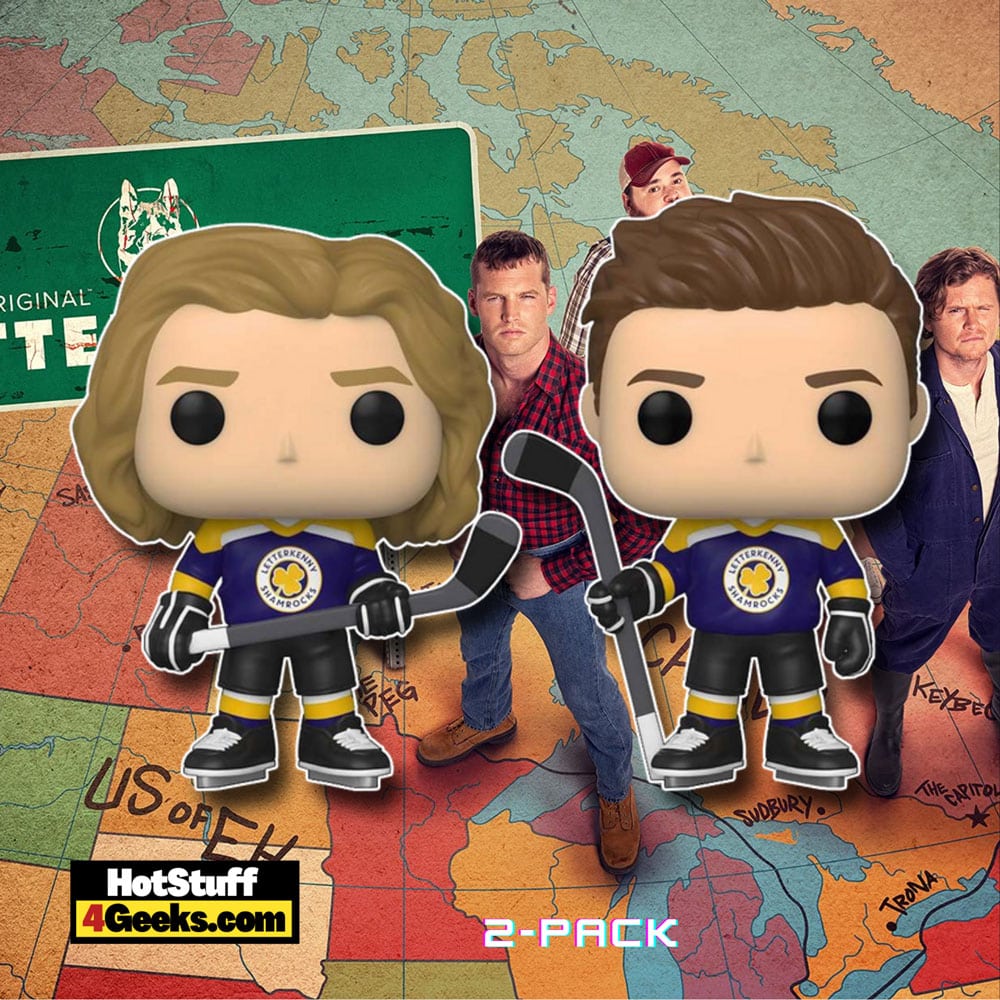 Letterkenny is a fictional Canadian town in southern Ontario. It bears the same name as an Irish village but is based on the simple and quiet life of Listowel, where Jared Keeso, one of the series’s creators, is from.

Its first antecedent dates back to 2013 with a Twitter account called Listowel Problems, started by Keeso and a friend from his hometown.

Sometime later came a series of YouTube videos known as Letterkenny Problems, which Keeso starred in along with Nathan Dale, another actor like himself whom he met working in a bar. The videos garnered over ten million views and finally made the jump to TV in 2016, becoming a hit in Canada. 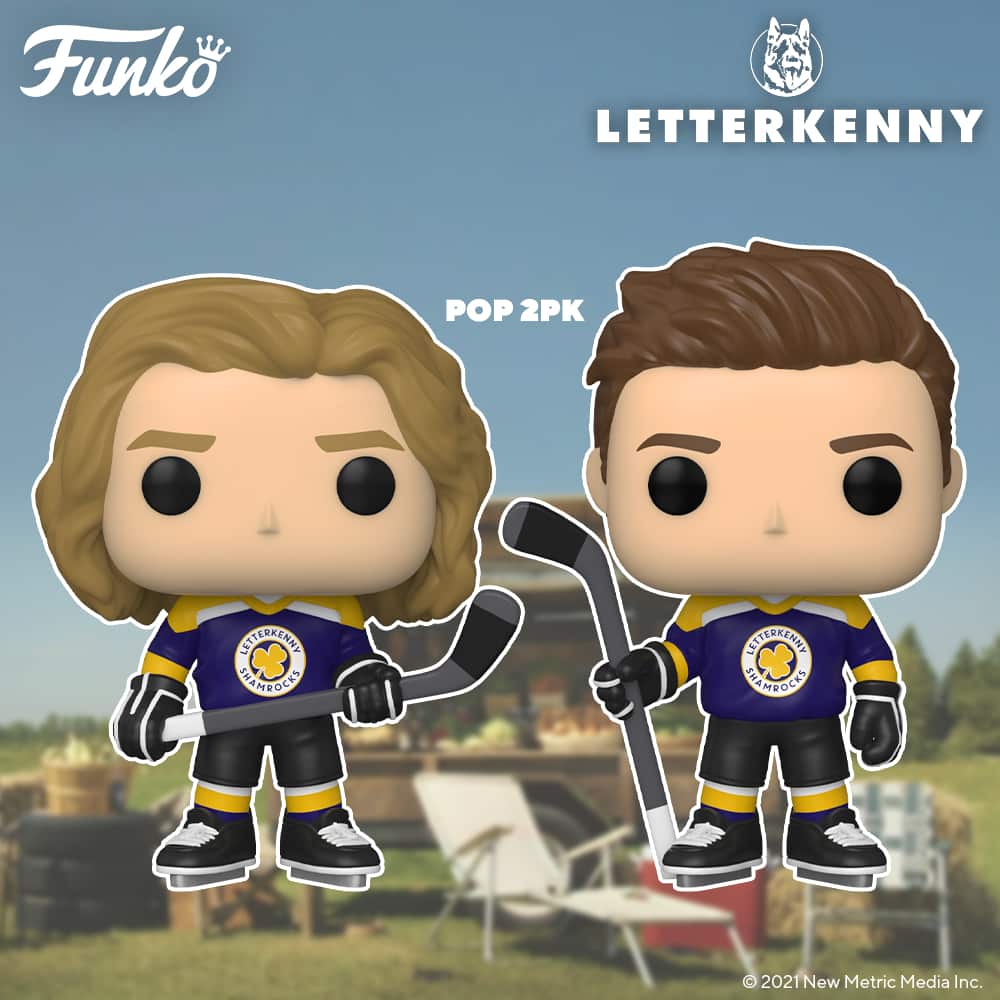 Letterkenny 2-pack Reilly and Jonesy Funko Pops are now available for pre-order at the links below (click to jump!)

As soon as the series begins, it is made clear to us that the town is made up of “hicks, skids, field hockey players and Christians.”

Wayne (Jared Keeso) is the toughest hick in town. His best friend is Daryl (Nathan Dales). Katy (Michelle Mylett) is Wayne’s hot sister, and the three of them, along with Squirrely Dan (K. Trevor Wilson), make up the leading group of townies.

The townies – the men, at least – don’t get along with the field hockey players, and neither group likes the skids, gothic-style methamphetamine-manufacturing stoners. For the Christians, on the other hand, no one cares much.

The series relies heavily on the dialogue of its characters, which combines cultural references, a hard-to-understand accent, and a lot of Canadian slang.

Letterkenny is one of the funniest and most original series of recent times. However, part of its originality has to do with the cultural characteristics that do not make it suitable for everyone. It is thoroughly recommended!