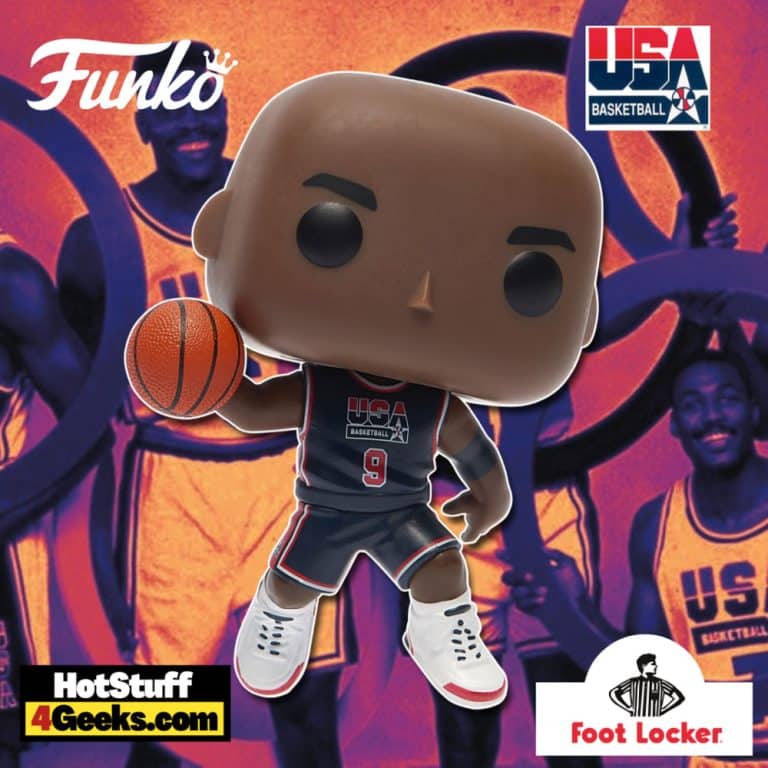 With throwback vibes to February 1992, this vinyl figure reps the iconic Sports Illustrated edition that detailed the chosen players of the USA Basketball team for the 1992 Olympics in Barcelona. The historic event was the first time in the USA’s Olympic presence that had active NBA players on the USA Olympic team.

Dubbed as the “Dream Team,” they went on to win gold and blow the world away by winning each game with an average point lead of 44. Celebrate this iconic match with your very own exclusive Pop! of Michael Jordan in his Olympic Team USA Basketball uniform. 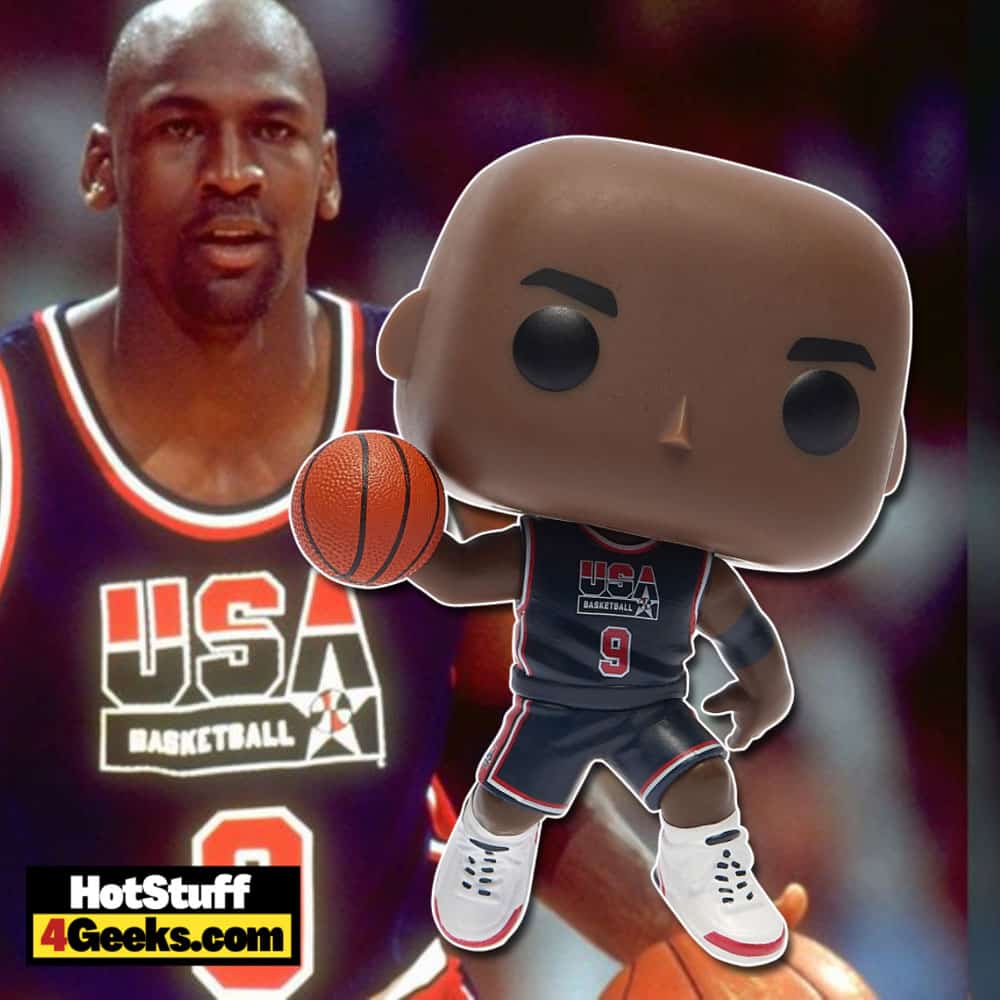 The American basketball Dream Team formed for the 1992 Olympic Games is considered the most outstanding team ever assembled among team sports.

Some figures of the United States team’s campaign in Barcelona 1992 help give the dimension of how unbeatable the squad led by coach Chuck Daly was. 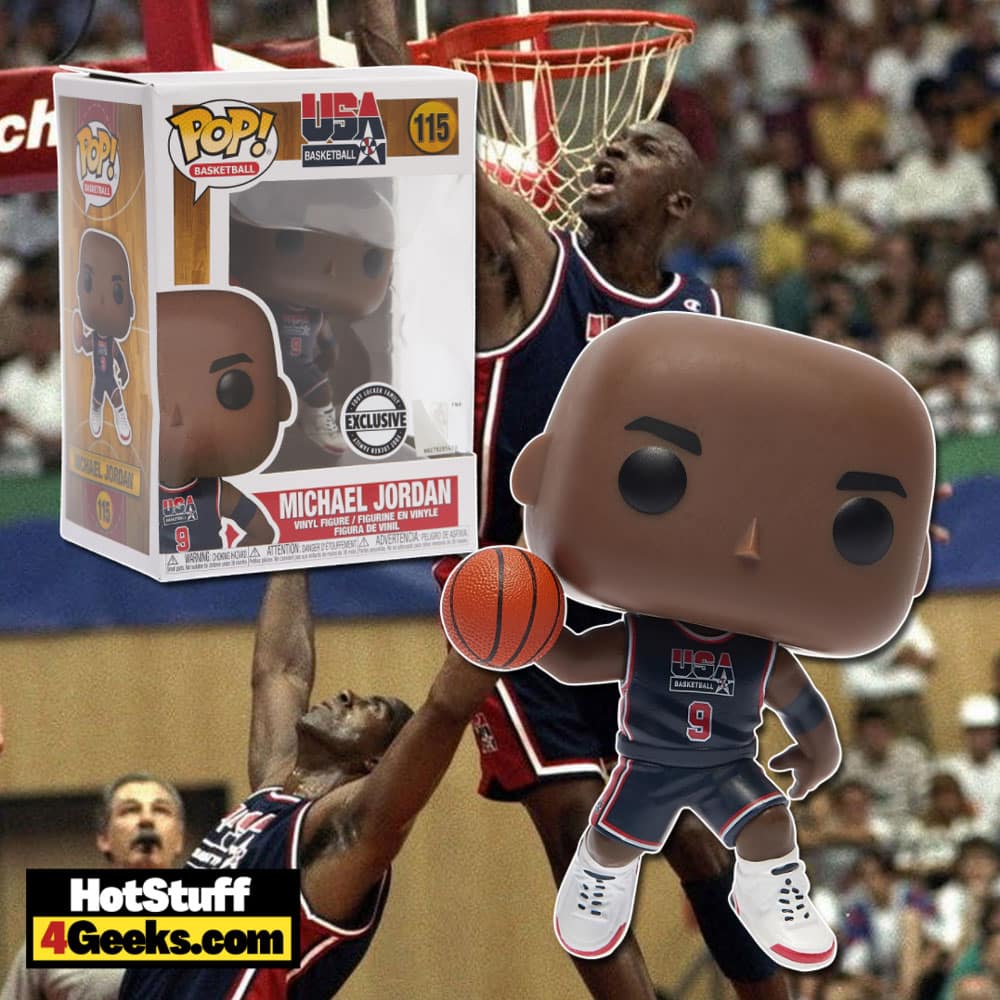 They had a spectacular 57.8% shooting percentage in the eight games from the gold campaign. Their opponents, on the other hand, shot only 36.5% from the field against the Americans.

Filled with stars that overflowed with talent both on offense and defense, the American team ended up suffocating their opponents: they won their eight games in Barcelona by an average difference of 43.8 points.

The match against Angola was the one that was the furthest from competitive for the Americans. The talent disparity was so great that the Angolans scored only 48 points, taking 116—a lighthearted match for NBA stars.

The Croatia of the beastly duo Drazen Petrovic and Toni Kukoc was the opponent that gave the USA Team the most trouble if one can adopt that perspective. The United States had its least comfortable scoring game in the gold medal decider by winning 117-85 (32 points difference).

Of the 320 minutes on the court, the American team led the score in 306 minutes. The Americans’ most adverse moment during the competition was an early 4-0 loss to Spain. The score of the game was 122 to 81 for Michael Jordan and his team.

In no situation did coach Chuck Daly stop the game from making adjustments to the team throughout the competition. It was eight games, no timeouts.