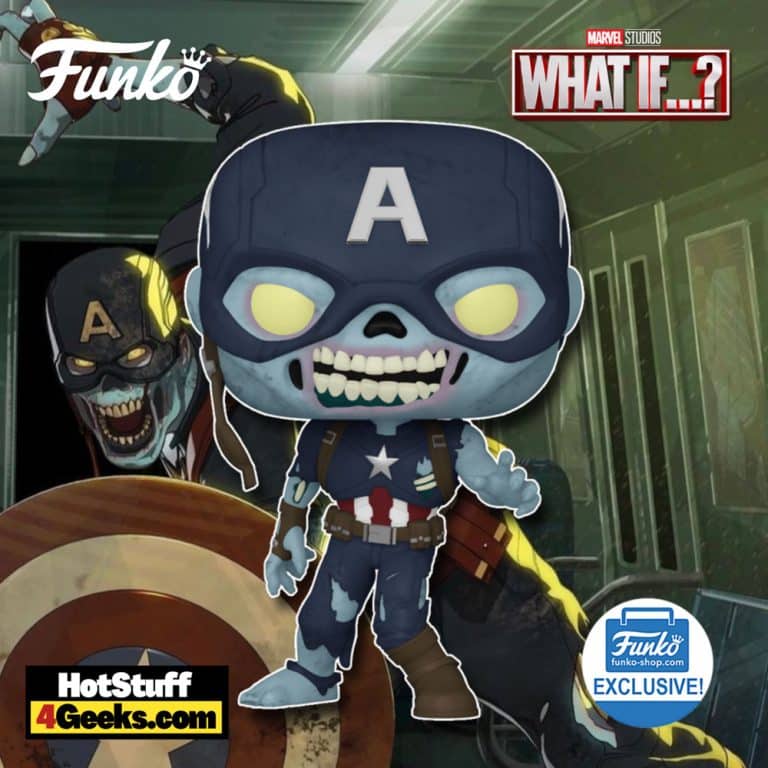 “What if Captain America were a zombie?” is quite the question to think about. This Funko Pop! Marvel: What If…? – Zombie Captain America Funko Pop! Vinyl Figure – Funko Shop Exclusive shows what this character would look like as an undead version of himself.

I’m not sure yet if he would be a hero or a villain, but either way, he looks pretty awesome!

In episode 5 of the What If…? incredible animated series, the entire world is infected with a plague of zombies, putting many Avengers in line for the living dead, including Captain America.

The zombies in What If…? are not hyper-intelligent. Still, the Avengers members know a lot about executing their abilities and using them to their advantage in hunting people down for food.

Falcon can fly, Hawkeye can use a bow and arrow, and Captain America remains skilled with the shield.

The Funko Shop Exclusive, Zombie Captain America Funko Pop! can be found for order at the links below (click to jump!) 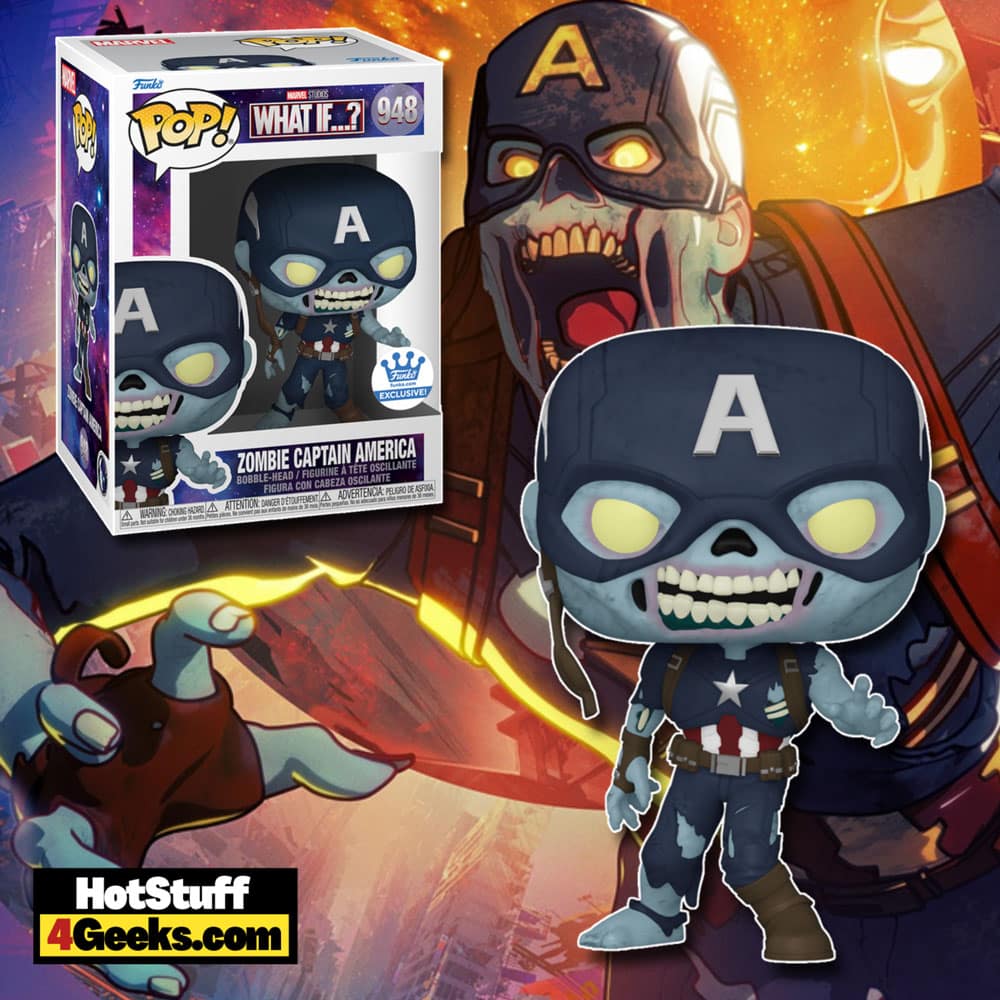 At one point, Bucky Barnes is forced to fight a zombified version of Captain America after the undead kills Sharon Carter and threatens the safety of the other survivors.

The character is emotionally affected when Okoye kills Falcon, but it all gets more complicated when Steve Rogers succumbs.

The moment recalls the clash of the two in Captain America: The Winter Soldier (2014), and Bucky’s last line to Steve is a direct allusion to the film.

After slicing the zombie with his own shield, the Winter Soldier says, “Sorry, pal. I guess this is the end of the line.”

As it turns out, during a flashback in the 2014 film, Bucky shows his full support for Steve Rogers, showing himself to be present in his best friend’s life even in the most challenging moments, saying he would be with him “to the end of the line.”

The bond between Steve and Bucky has always made Marvel fans emotional, and the 5th episode of What If…? is no exception. 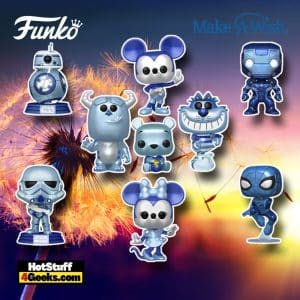 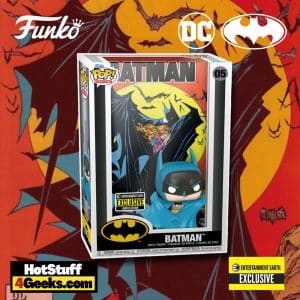