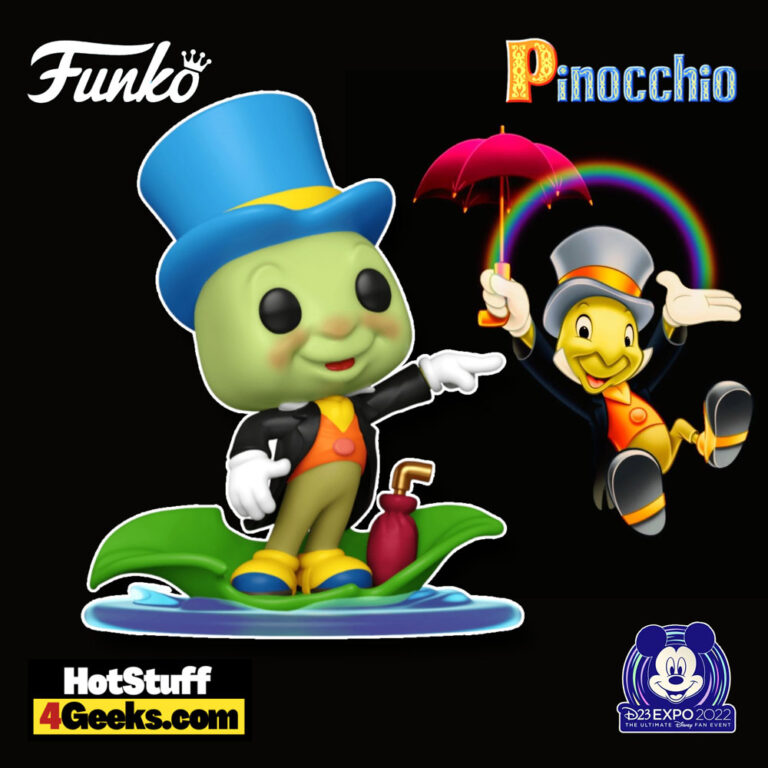 Jiminy Cricket is one of the most iconic Disney characters of all time. He’s a little cricket who always has good advice.

In Pinnocchio, Jiminy is tasked with guiding Pinocchio on his journey and helping him to make good choices.

He represents wisdom, telling the wooden boy everything he should know to make mature and responsible choices.

That’s why this Jiminy Cricket figure from Funko is such a great addition to any collection. He’s a cheerful reminder always to follow our hearts to get where we want to be.

And what’s more, he’s dressed in his classic tuxedo suit and blue hat, which just adds to his regal charm.

The D23 Expo 2022 exclusive, Jiminy Cricket Funko Pop! Vinyl Figure,  can be found at the links below as soon as the online sale begins (click to jump!) 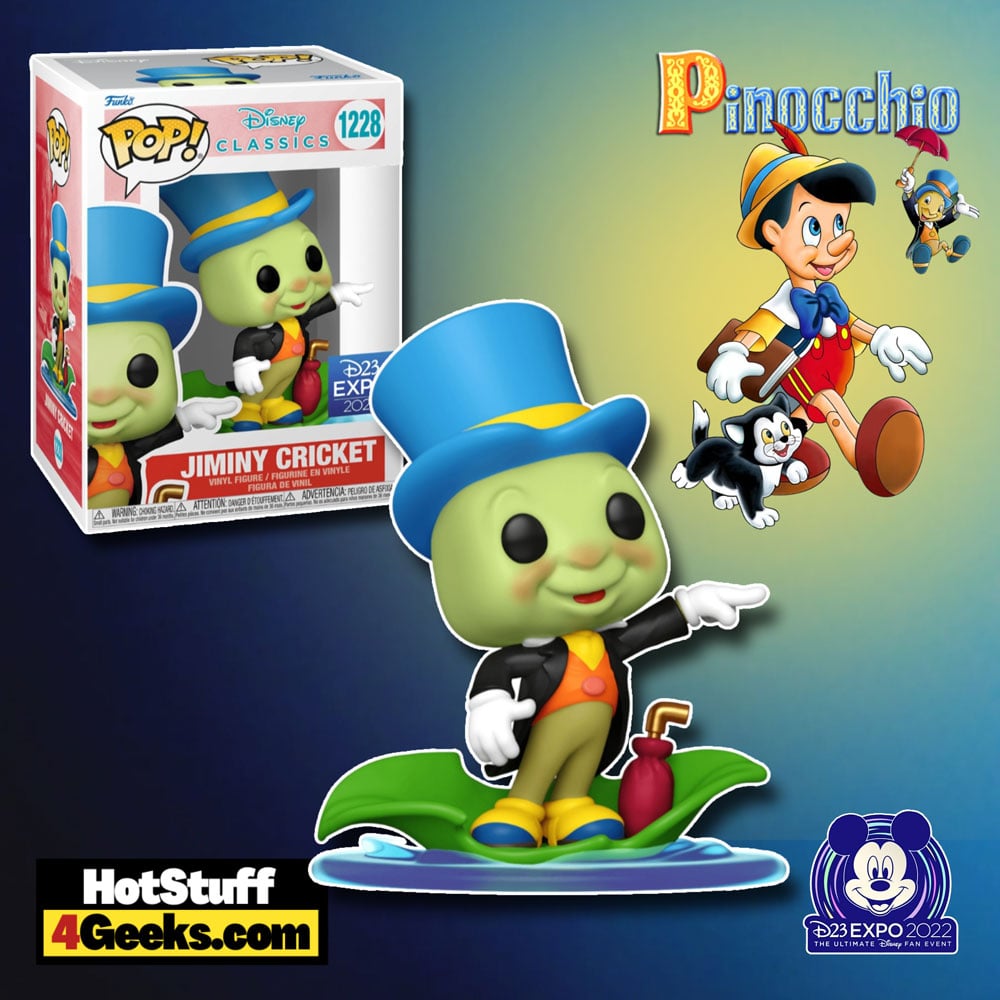 Ah, “When You Wish Upon a Star.” Such a classic. And who could forget the iconic performance by Jiminy Cricket? He really brought the song to life, didn’t he?

“When You Wish Upon a Star” is the perfect tune to sing when we feel nostalgic or just need a pick-me-up. The lyrics are simple and sweet, and the melody is unforgettable.

Plus, it’s sung by everyone’s favorite talking cricket, Jiminy Cricket. So what’s not to love? 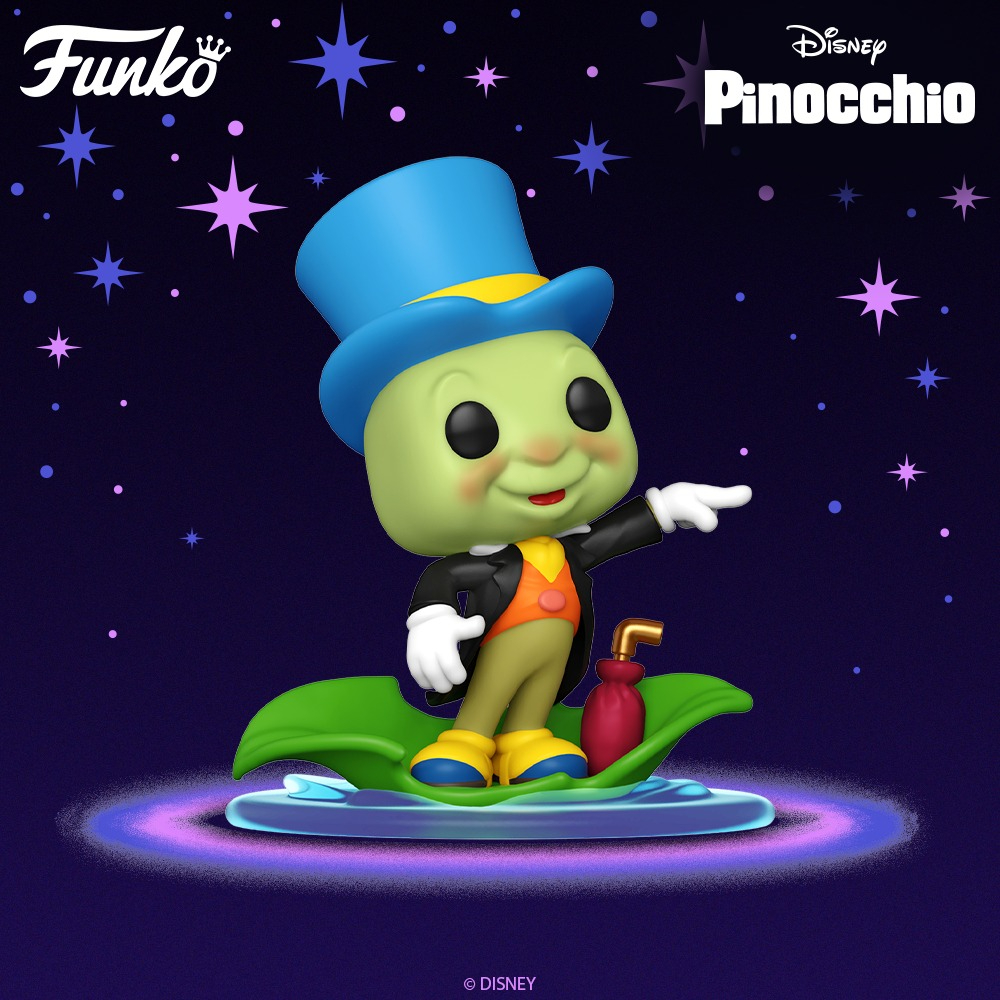 Jiminy Cricket first appeared to the general public in 1940 in the animated picture “Pinocchio.”

He is the wise and humorous companion in Pinocchio’s adventures who always tries to keep him out of trouble. He was created specifically to be a kind of “conscience” for Pinocchio.

Since then, he has appeared in more than 200 comic strips, most of them as Pinocchio’s conscience.

He has also appeared in many memorable Disney movies, as a narrator and host in some classics and several games in the Kingdom Hearts series!