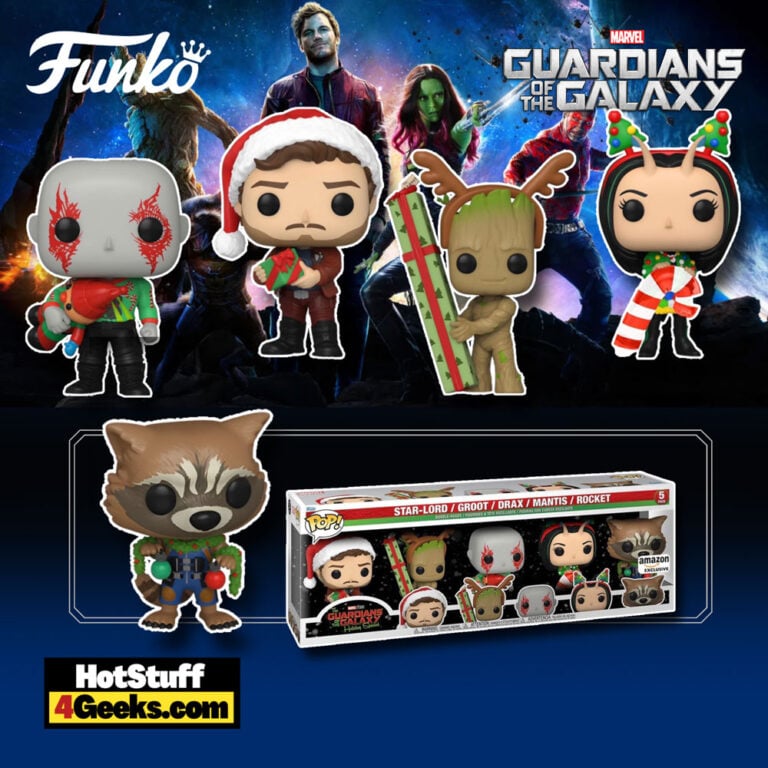 The end of the year is upon us, and Disney wants you to celebrate the Christmas special with the Guardians of the Galaxy this year. Funko has anticipated the celebration by announcing its first batch of Pops featuring Star-Lord, Groot, Drax, and Mantis.

Coming soon is the new Funko Pop! Marvel: Guardians of the Galaxy Holiday Special 5-pack (Star-Lord, Groot, Drax, Mantis, and Rocket) Funko Pop! Vinyl Figures – Amazon Exclusive (2022). What’s great about this pack is that it includes the unique Rocket figure. Only available on this set! The pop figure is now available for pre-order at the links below – click to jump or scroll to continue reading!

The Guardians of the Galaxy Holiday Special is a much-anticipated event that will be one of the biggest shows on TV in late 2022.

With an all-star cast of characters from the Marvel Cinematic Universe and James Gunn at the helm, this special will surely be a fun and wild ride you won’t want to miss.

So what can fans expect from The Guardians of the Galaxy Holiday Special? According to Gunn, it will be “a fun and wild ride” that is “unlike any other Marvel movie or TV show.”

And that’s really all I know for now. So, we’ll have to wait patiently until late 2022 when the special finally airs.

So be sure to mark your calendars for late 2022 and keep your eyes peeled for more information about this highly anticipated special event.

In the meantime, why not prepare ourselves for this great adventure?

The Guardians of the Galaxy Holiday Special 5-pack Funko Pops is now available for pre-order at the links below (click to jump!) It’s expected to be released in November 2022. 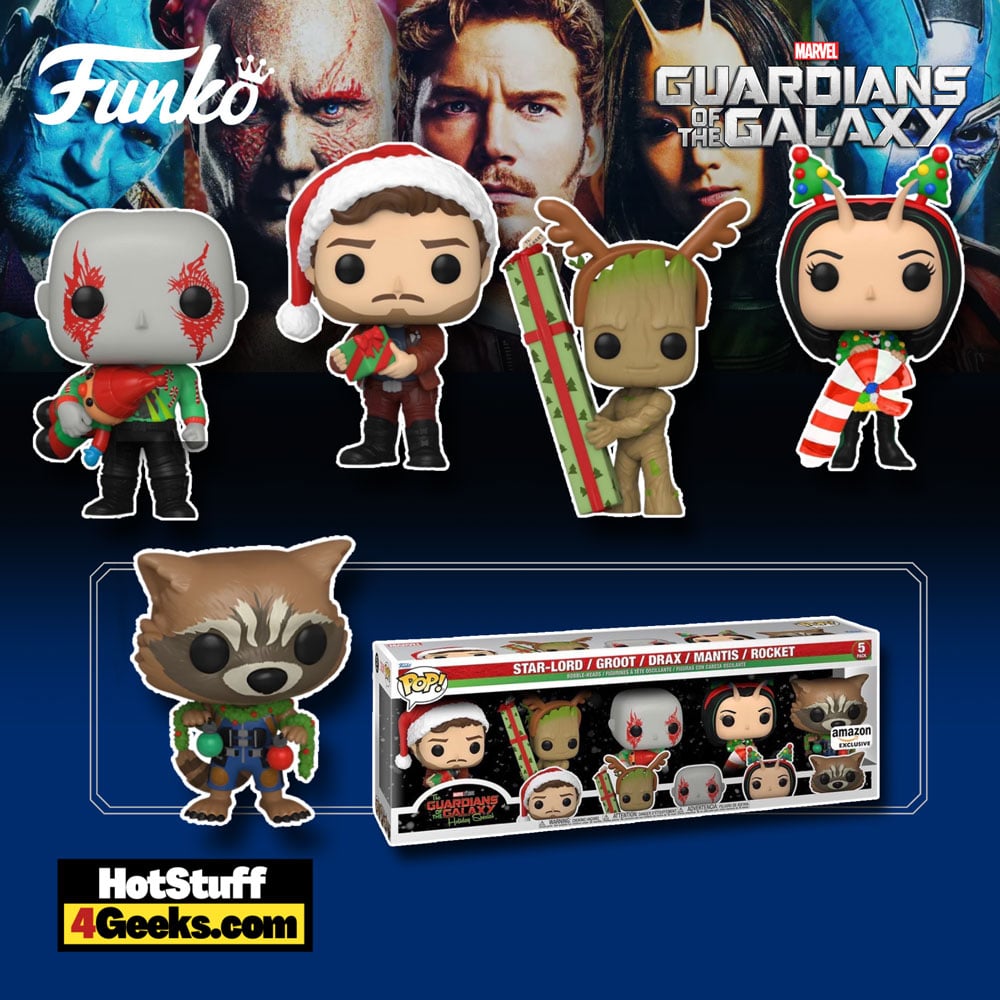 In the world of the Marvel Universe, there are a lot of great superhero teams. The X-Men. The Justice League. The Avengers. But in my humble opinion, only one crew can claim to be the greatest of all time, and that team is the Guardians of the Galaxy.

Why are they the greatest? But, first, let me introduce you to the team members, and you’ll see for yourself.

There’s Star-Lord, the team’s leader and resident bad boy. Then there’s Groot, a giant tree-like creature with a heart of gold (literally).

Drax is a beefy alien warrior whose mission in life is to destroy Thanos (more on him later).

Mantis is an empathic alien who can read people’s emotions. And finally, there’s Rocket, a talking raccoon with an affinity for explosives.

Together, they’re a group of misfits who have come together to save the universe from evil…and they’re good at it.

Their willingness to defy convention sets the Guardians of the Galaxy apart from other superhero teams.

They don’t follow orders from anyone—not even other superheroes—and they’re not afraid to break the rules if it means getting the job done. This kind of thinking outside the box makes them such a great team.

They’re constantly bickering with each other and getting on each other’s nerves. However, this makes them feel more relatable and down-to-earth.

It also adds an element of suspense to their interactions because you never quite know when they’re going to blow up at each other.

Despite (or perhaps because of) all their fighting, they’re still a tight-knit group that would do anything for each other.

Another reason why the Guardians are great is that they’re funny…like hilarious. Their sense of humor is one of the things that sets them apart from other superhero teams.

While other teams take themselves very seriously, the Guardians are always cracking jokes, even in the heat of battle. This makes them relatable and enjoyable to watch.

Plus, who doesn’t love a good raccoon joke? Am I right?