The figure is now lit up by black light, making it perfect for a nightlight or just for fun. The pop figure is now available for order at the links below (click to jump!)

While the original anime character may have been designed for a different time and place, this Funko pop version is perfect for today’s world.

This year marks the 70th anniversary of Astro Boy, one of the most beloved characters in Japanese animation.

Created by Osamu Tezuka, Astro Boy was first introduced in a manga series in 1952.

The story follows the adventures of a young robot who is gifted with superpowers. He uses his powers to fight crime and injustice and to defend the weak and helpless.

Over the years, Astro Boy has become an icon of Japanese pop culture, and his popularity has spread around the globe.

Today, few people are not familiar with this lovable little robot.

As we celebrate the 70th anniversary of Astro Boy, let us all remember the joy and laughter that he has brought into our lives.

The BAIT Exclusive Astro Boy Black Light Funko Pop! can be found at the links below (click to jump!) 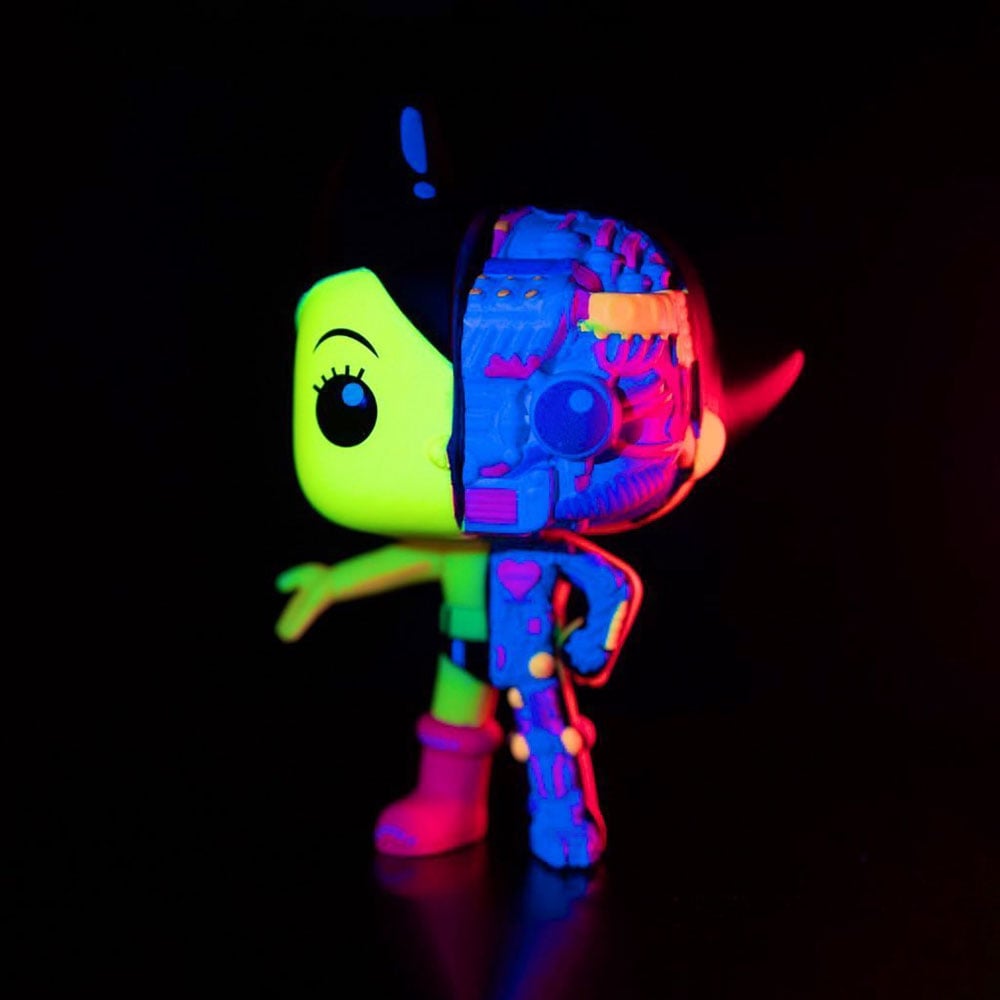 When it comes to robots, few can match the iconic status of Astro Boy.

Created by a brilliant scientist as a substitute for his son, who was killed in a traffic accident, Astro Boy is a robot with a heart of gold.

Astro Boy is equipped with powerful muscles and rockets in his feet and is capable of incredible feats of strength. But it is his compassion and sense of justice that sets him apart from other robots.

Whether battling evil robots or fighting for the rights of oppressed humans, Astro Boy is always ready to defend the weak and help those in need.

Astro Boy is genuinely a robot for the ages with his boundless optimism and heroic spirit. 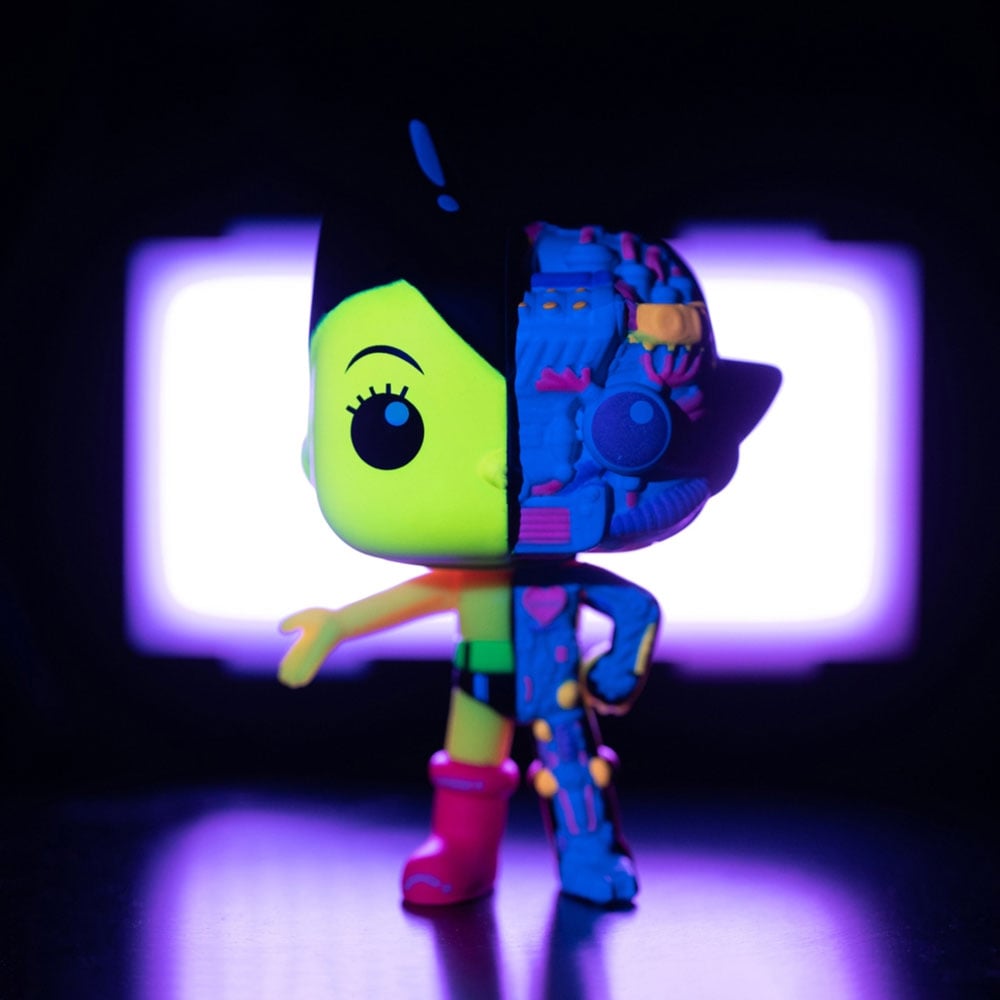 Tezuka’s love of American comics inspired the character, and he has been credited with helping to popularize anime in the West.

The original Astro Boy series ran for 193 episodes and has been re-imagined several times over the years.

In recent years, Astro Boy has been featured in several video games and Hollywood films.

Despite being created more than 70 years ago, Astro Boy remains one of the world’s most popular manga and anime characters.