I’m pretty sure that Funko didn’t use the dark side to create this new cool pop,  but in all honesty, I wouldn’t be surprised if they did.

Darth Vader is one of the most iconic villains in pop culture history. He’s the ultimate bad guy, a Dark Lord of the Sith who will stop at nothing to achieve his goals.

He’s also a master of suspense, always keeping audiences guessing what he’ll do next.

And, of course, Vader is just plain cool.

He’s got an awesome costume, a badass lightsaber, and a voice that strikes fear into the hearts of his enemies.

Simply put, Darth Vader is the epitome of coolness.

Darth Vader Die-Cast Funko Pop! is coming soon and can be found at the links below (click to jump!)

And remember: There’s a 1 in 6 chance you might find the silver metallic chase variant!

Vader was once a heroic Jedi Knight named Anakin Skywalker.

However, after falling to the dark side, he became a ruthless enforcer for the Galactic Empire.

This tragic origin story makes Vader more relatable than your average bad guy, and it helps explain his motivations throughout the films. 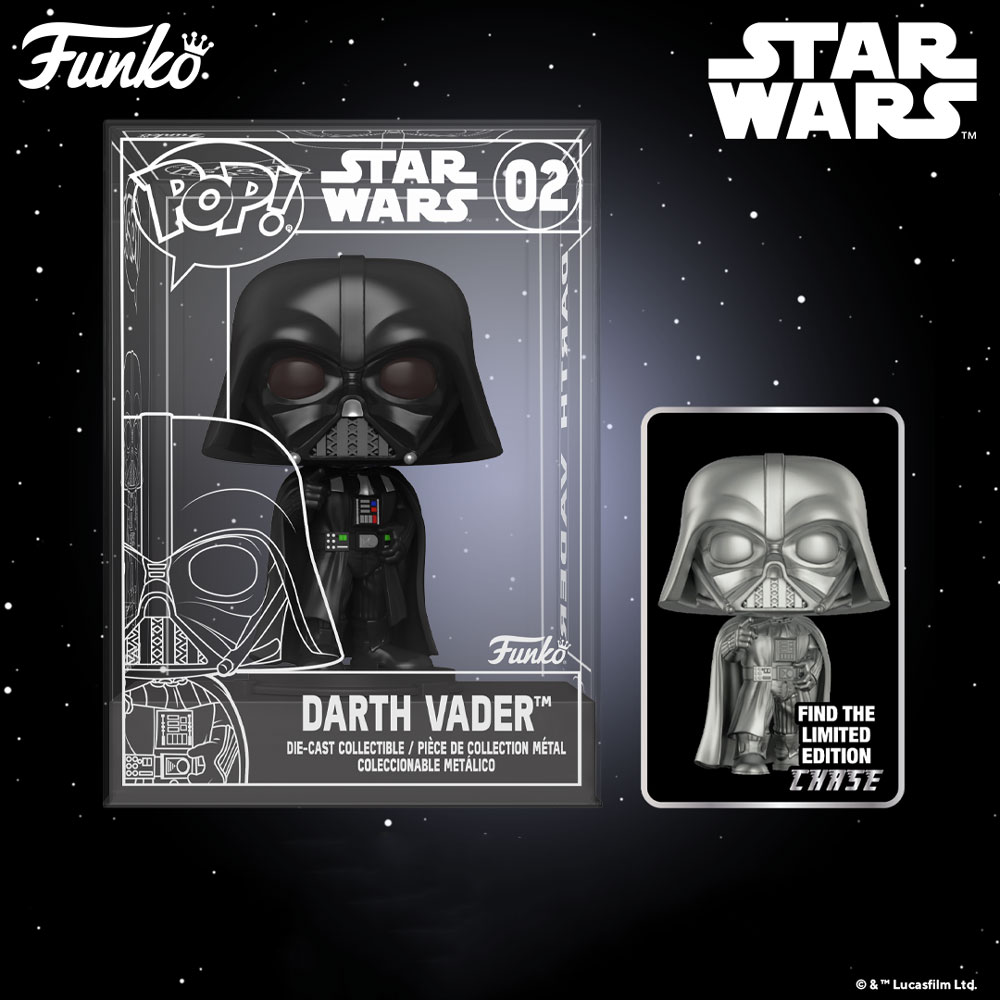 He can use the Force to choke his enemies and deflect blaster shots.

He is also a skilled lightsaber duelist, able to hold his own against even the strongest Jedi.

Even when up against overwhelming odds, Vader never gives up or backs down.

These qualities make him a genuinely fearsome adversary, and they help cement his status as the ultimate villain.