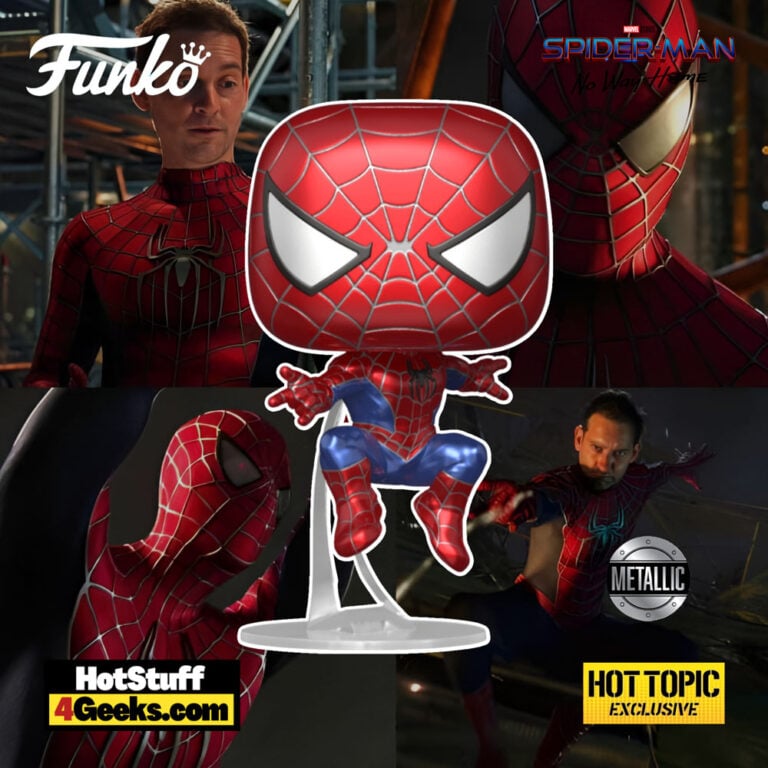 Spidey, Webhead, Webslinger, Wall-Crawler… There are many ways to refer to Spider-Man. But the one that definitely says the most about what the character really is is “The Friendly Neighborhood Spider-Man.”

So what better way to celebrate him than with the new Funko Pop! Marvel: Spider-Man: No Way Home: Friendly Neighborhood Spider-Man (Tobey Maguire) Leaping Metallic Funko Pop! Vinyl Figure – Hot Topic Exclusive? The pop figure is now available for pre-order at the links below – click to jump or scroll to continue reading!

In the world of Spider-Man, there are many different versions of the character, namely a Spider-Man from an alternate universe from Sam Raimi’s Spider-Man trilogy that appears in “Spider-Man: No Way Home” who goes by the name of “The Friendly Neighborhood Spider-Man.”

This version of Spider-Man was transported (along with another alternate version of himself) to another universe due to Doctor Strange’s spell.

In “Spider-Man: No Way Home,” he helped his younger counterpart deal with the pain of losing his aunt and fight the villains who were displaced from their universes.

This version of Spider-Man is known for his easygoing personality and reluctance to kill his enemies. 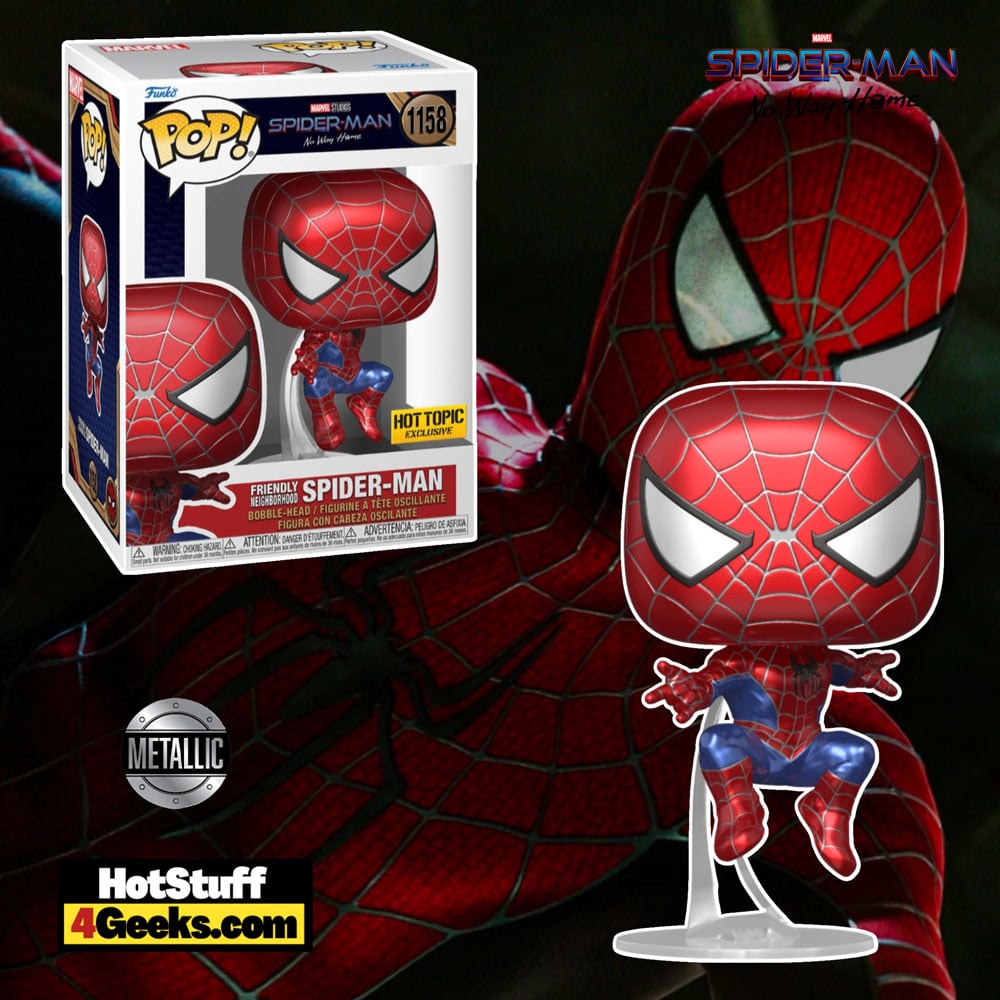 In the early 2000s, Tobey Maguire donned the red and blue Spider-Man suit to colossal success. His portrayal of the wall-crawling superhero was a hit with audiences and helped to launch one of the most successful comic book franchises of all time.

However, it seems that not everyone was a fan of Maguire’s Spider-Man. In an interview with Vulture, Stan Lee revealed that he was not a fan of the actor’s take on the character.

Lee claimed that Maguire “didn’t quite have the personality” of Spider-Man and that he preferred the more recent incarnations of the character.

However, despite Lee’s criticism, it seems clear that Maguire’s “Friendly Neighborhood Spider-Man” was a hit with audiences.

Maguire brought a sense of humor and charm to the role that was essential to the film’s success.

His performance helped to make Spider-Man one of the most popular superheroes of all time.