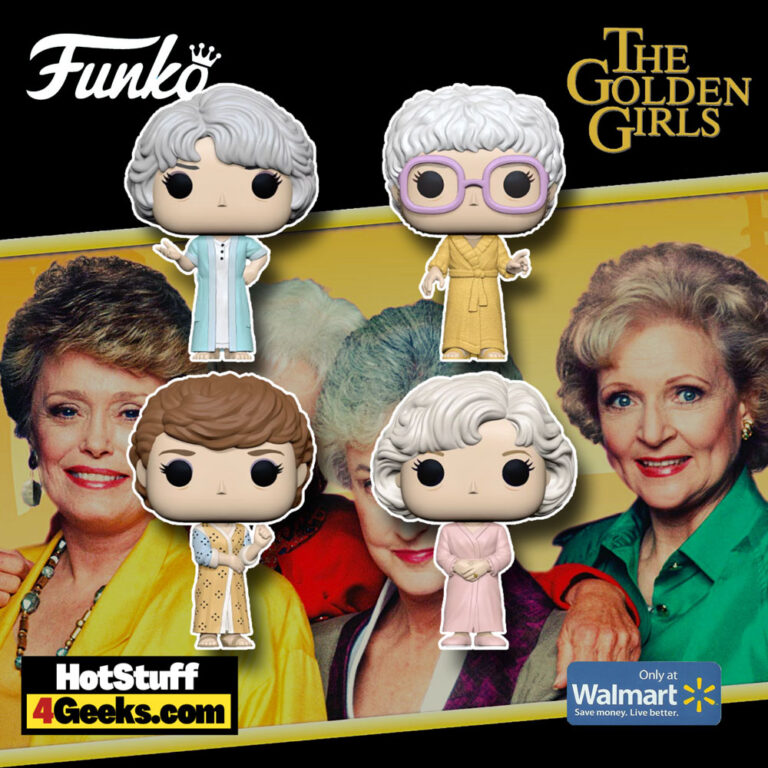 The Golden Girls are back and looking better than ever!

These sassy seniors are ready to take on the world (or at least their retirement community!)

You can find the pre-order links for these figures below (click to jump!)

The Golden Girls was a famous comedy show aired in the 1980s about a group of 4 mature women.

With a cast of women who were a combination of Broadway veterans, comedy legends, and just plain awesome, it was no surprise that the show lasted seven seasons and still airs regularly with reruns every day.

Blanche, Rose, Dorothy, and Sophia have praised their independent spirit and willingness to challenge societal norms.

These sassy ladies lived together, loved life, and sometimes got themselves into peculiar situations. But, they also showed that living a fulfilling life after fifty was possible.

In many ways, the Golden Girls were ahead of their time, and their impact is still felt today.

The Golden Girls was hilarious, heartwarming, and groundbreaking – no wonder it’s still so popular today!

Golden Girls in Robes 4-Pack Funko Pops are now available for pre-order at the links below (click to jump!) It’s expected to be released in December 2022. 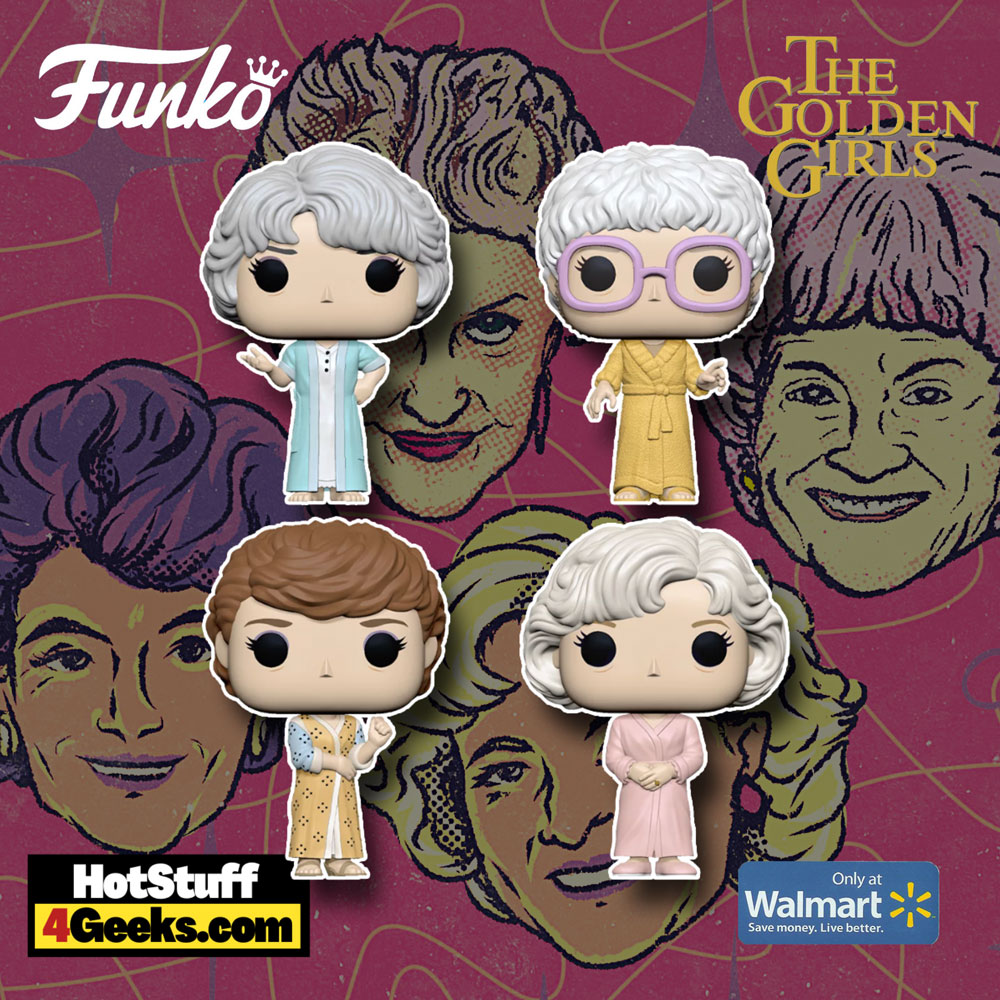 When Golden Girls first aired in 1985, it quickly became a smash hit. Part of its success was that it broke new ground regarding its portrayal of older women.

Unlike other television shows, which typically depicted older women as widows or grandmothers, Golden Girls focused on four friends living together and experiencing all the highs and lows of life after fifty.

The show was groundbreaking in depicting older women as independent, sexual beings with active social lives.

It was also one of the first television shows to openly discuss topics like homophobia, HIV/AIDS, and racism.

Thirty-seven years later, Golden Girls is still cherished by fans for its groundbreaking portrayal of older women. And while the show may be set in the 1980s, its themes are just as relevant today as they were then.