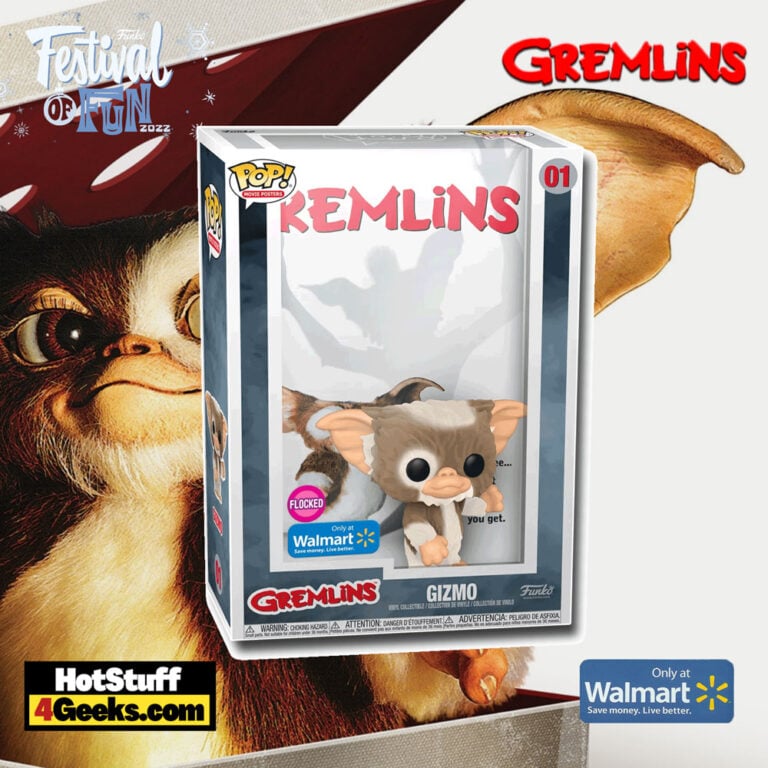 Gizmo Funko Pop is the cutest Mogwai around, and he comes with his very own VHS cover! This Funko Pop! Movie Posters: Gremlins – Gizmo Funko Pop! VHS Cover Vinyl Figure (Festival of Fun 2022) – Walmart Exclusive features Pop! Gizmo and the VHS cover art packaged together in a protective case that can be hung on a wall.

It’s perfect for any fan of the classic movie Gremlins and makes a great addition to any Funko collection. The pop figure is now available for pre-order at the links below – click to jump or scroll to continue reading!

Regarding ’80s movie monsters, few are as iconic as Gizmo from the Gremlins movie. This lovable little furball is the star of one of the decade’s most beloved (and sometimes controversial) films.

His fur and stripes make him look like a cross between a teddy bear and a tiger, which might explain why he is so darn cute. But looks can be deceiving…

He frequently displays acts of mischief, such as unplugging phones and stealing food. He also has a habit of making messes and breaking things. In other words, Gizmo is basically a cat in mogwai form.

Gremlins Funko Pop! VHS Cover with Gizmo is now available for pre-order at the links below (click to jump!) It’s expected to be released in February 2023. 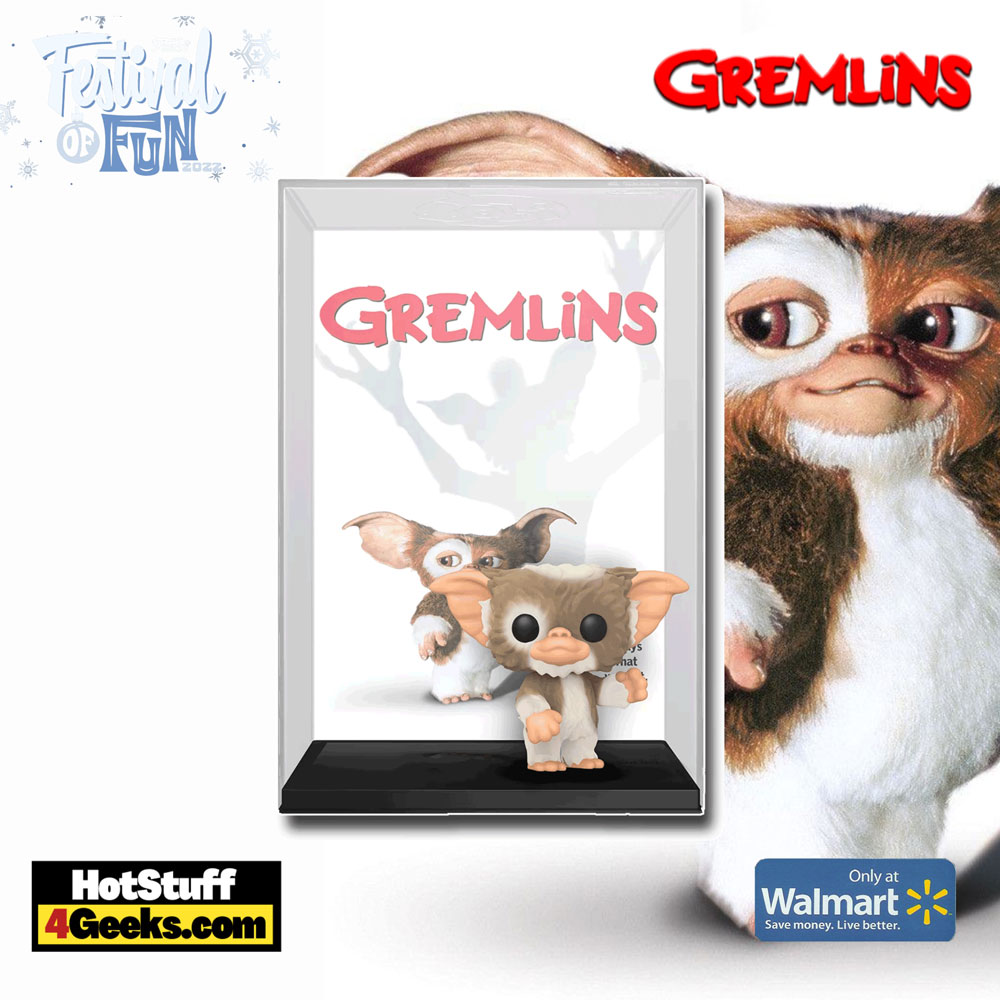 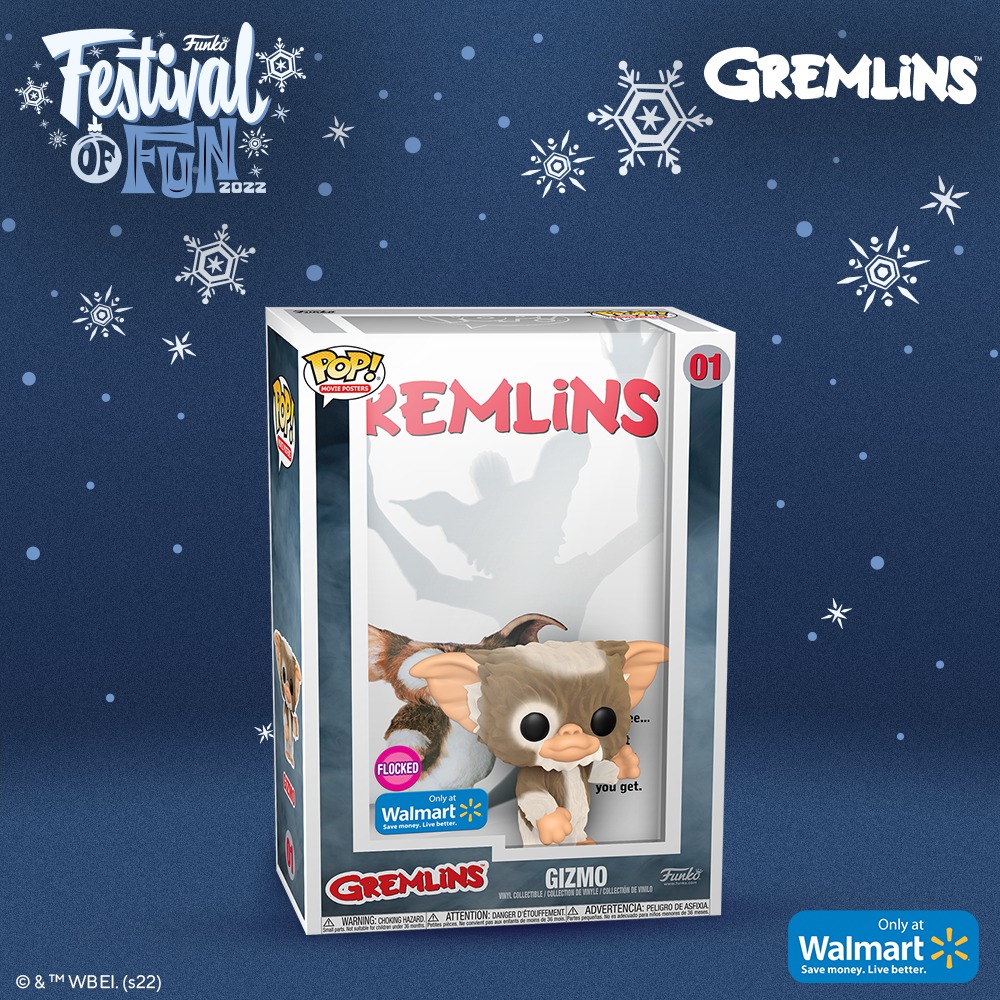 If you’re a Funko collector, chances are good that you have at least one Gremlin in your collection. But how much do you really know about these lovable (and mischievous) creatures?

The Gremlins first appeared in a 1984 movie of the same name. The movie was a modest box office success, but it achieved classic cult status thanks to its repeated showings on cable TV.

In 1990, a sequel, “Gremlins 2: The New Batch,” was released. Although it was not as successful as the original movie, it did introduce several new generations of fans to the franchise.

In addition, there has been renewed interest in the Gremlinsin recent years thanks to the release of several new movies and TV shows.

In 2018, a remake of the original “Gremlins” movie was released, and 2020 saw the release of “Gremlins: Secrets of the Mogwai,” an animated prequel series that chronicles the early adventures of Gizmo and his friends.

The Gremlins franchise has been around for nearly four decades and shows no signs of slowing down.

Thanks to its humor, memorable characters, and lessons about responsibility, the franchise has resonated with audiences of all ages.

Whether you’re a long-time fan or just getting introduced to these lovable (and sometimes troublesome) creatures, there’s no doubt that the Gremlins will continue to entertain us for many years to come.