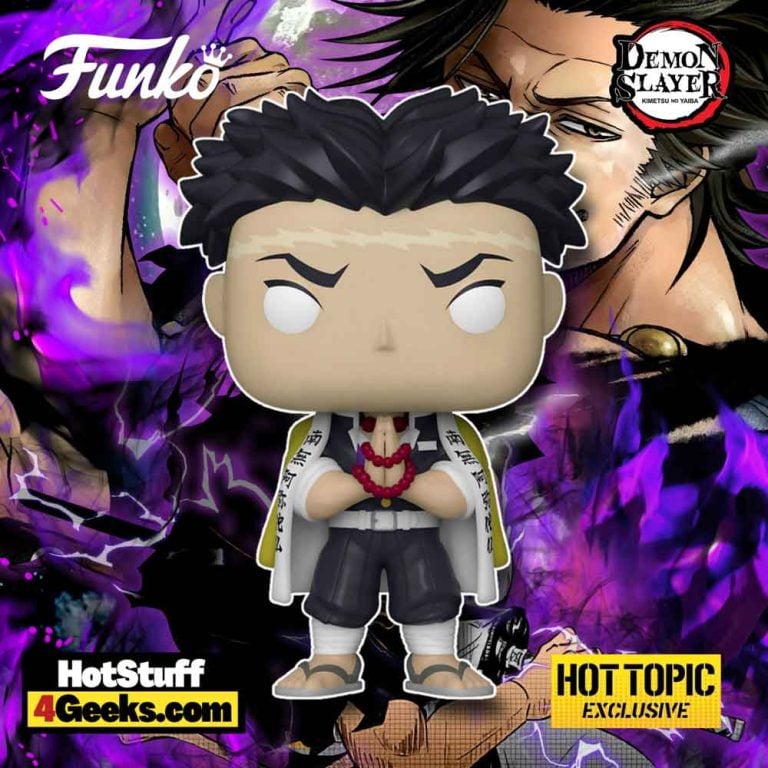 Gyomei Himejima is the Stone Hashira of the Demon Slayer Corps and one of the hunters who stood out for his short path to becoming one of the Pillars, having earned the position just 2 months after becoming a hunter.

Besides having superhuman speed and stamina, the young Hashira is probably the most vital member of the entire organization.

The Hot Topic Exclusive, Gyomei Himejima Funko Pop! is now available for order at the links below (click to jump!) 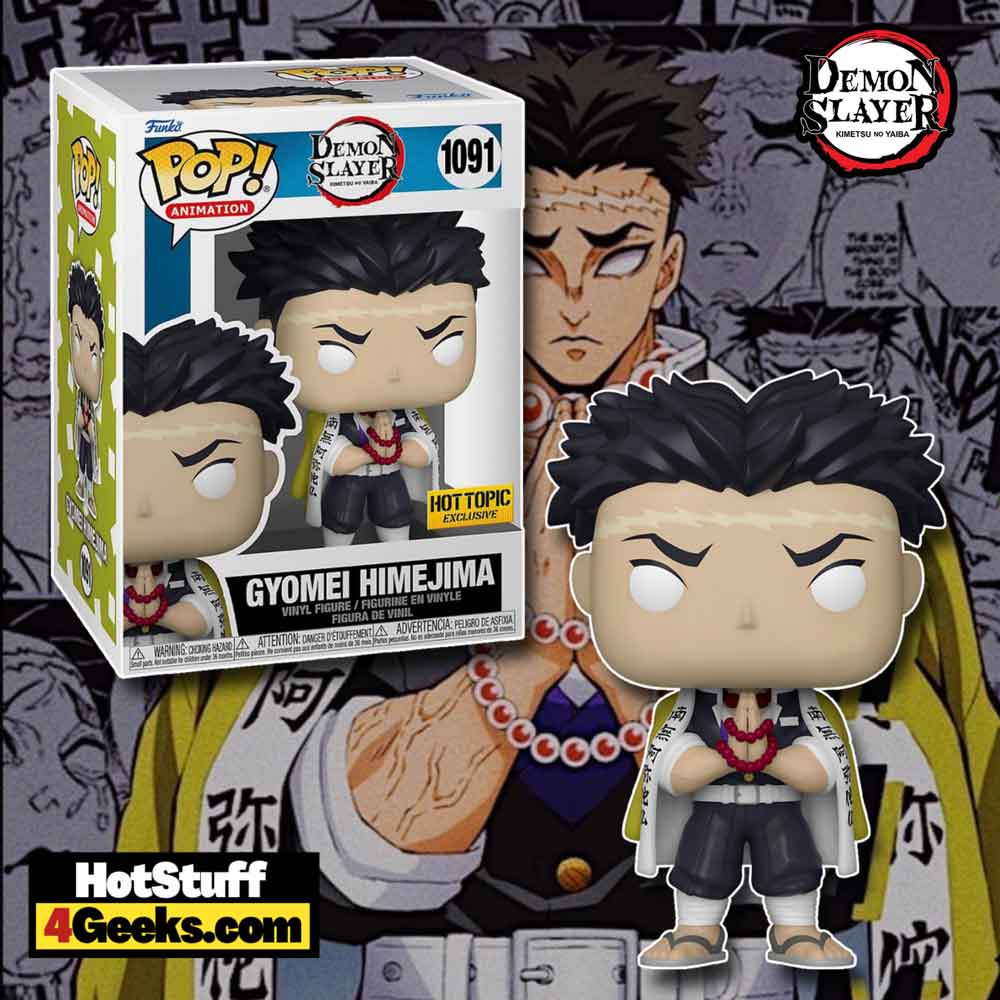 Visually impaired since childhood, Gyomei has developed his hearing to an unbelievable degree, being able to hear the slightest sounds, such as the body of a demon recomposing itself. This ability gives him a significant advantage in battle.

His fighting style is Stone Breathing. Derived from Sun Breathing, this style mimics earth and stone and simulates it with the user’s movements, techniques, and abilities.

Gyomei’s overcoming blindness and his desire to help people had accompanied him from a young age, even before he was aware of his strength. As a boy, he lived in a temple where he took care of nine orphaned children and protected them as best he could.

To this end, he made a barrier with Wisteria incense, which prevented the demons from approaching. Unfortunately, one of the children disobeyed Gyomei’s instructions to stay inside the temple and was cornered by a demon.

To save himself, the young boy gave the lives of everyone in the group in exchange for his own, undoing the barrier and letting the demon in. But, in trying to defend the children, Gyomei discovered his true strength.

However, the massacre could not be stopped, and through a misunderstanding, the young man was eventually charged and arrested for the children’s deaths. However, before being executed for a crime he did not commit, Kagaya Ubuyashiki, leader of the Demon Slayer Corps, intervenes and obtains his freedom.

Although the trauma left him with a hard time trusting anyone, Gyomei continued to be gentle and sensitive. In addition, he remained a man of faith, often offering prayers to others and always believing that everyone has the potential to do amazing things if given the opportunity.

In addition to her respect for Kagaya, Gyomei has earned Shinobu’s admiration and gratitude for saving her and her older sister Kanae from a demon many years ago.

However, her relationship with Tanjiro did not start in the best way. At first, Gyomei thought the young man was weak and obsessed with a demon, not understanding the relationship between the boy and his sister Nezuko.

However, throughout the story, Tanjiro earns Hashira’s respect both with his growth as a hunter and his character and concern for everyone else.