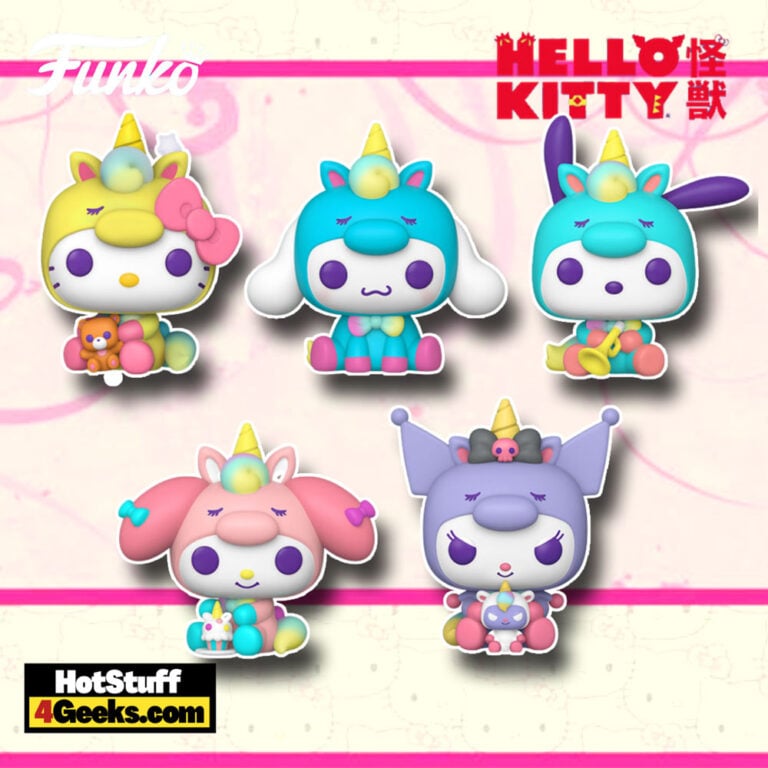 Who says unicorns have to be all sparkles and rainbows? Hello Kitty and her friends are proof that unicorns can be cool, too. These Hello Kitty & Friends as Unicorns Funko pop figures are the perfect mix of sweet and sassy and will surely brighten our day.

So embrace your inner kitty unicorns! The pop figures are now available for pre-order at the links below – click to jump or scroll to continue reading!

Hello Kitty as a unicorn is hilariously adorable! The popular feline character known for her pink bows and cute face is now a magical horned horse.

Seeing Hello Kitty in a new form is always delightful, and this latest incarnation is a winning choice. Plus, it’s just another example of how versatile and lovable Hello Kitty truly is.

Whether riding a unicorn or simply lounging around with her friends, Hello Kitty is always lovely to look at.

Here’s the breakdown for this Unicorn pops release:

These pops are just the cutest thing I’ve ever seen! I mean. Seriously, how could you not love these adorable little figures?

Hello Kitty & Friends as Unicorn Funko pops are now available for pre-order at the links below (click to jump!) They’re set to be released in November 2022. 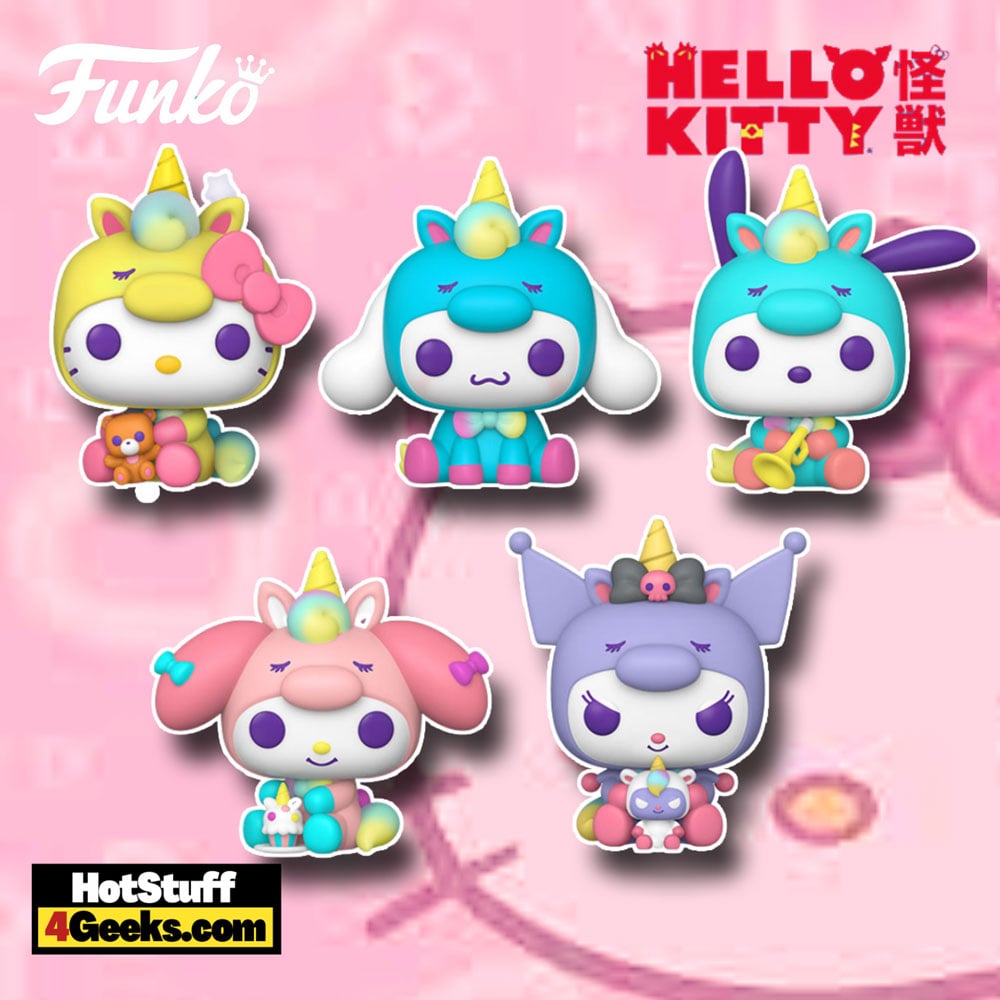 Hello Kitty is an iconic cultural phenomenon that has captured the hearts of people all over the world.

The miniature white cat with a red bow has become an international symbol of cuteness, appearing on everything from t-shirts to lunch boxes.

But who is Hello Kitty, and where did she come from?

Hello Kitty was created by the Japanese company Sanrio in 1974.

Initially envisioned Hello Kitty as a Chinese bobtail cat but decided to make her white so that she would appeal to a broader range of consumers.

Her real name is Kitty White, and she lives in London with her parents and twin sister, Mimmy. 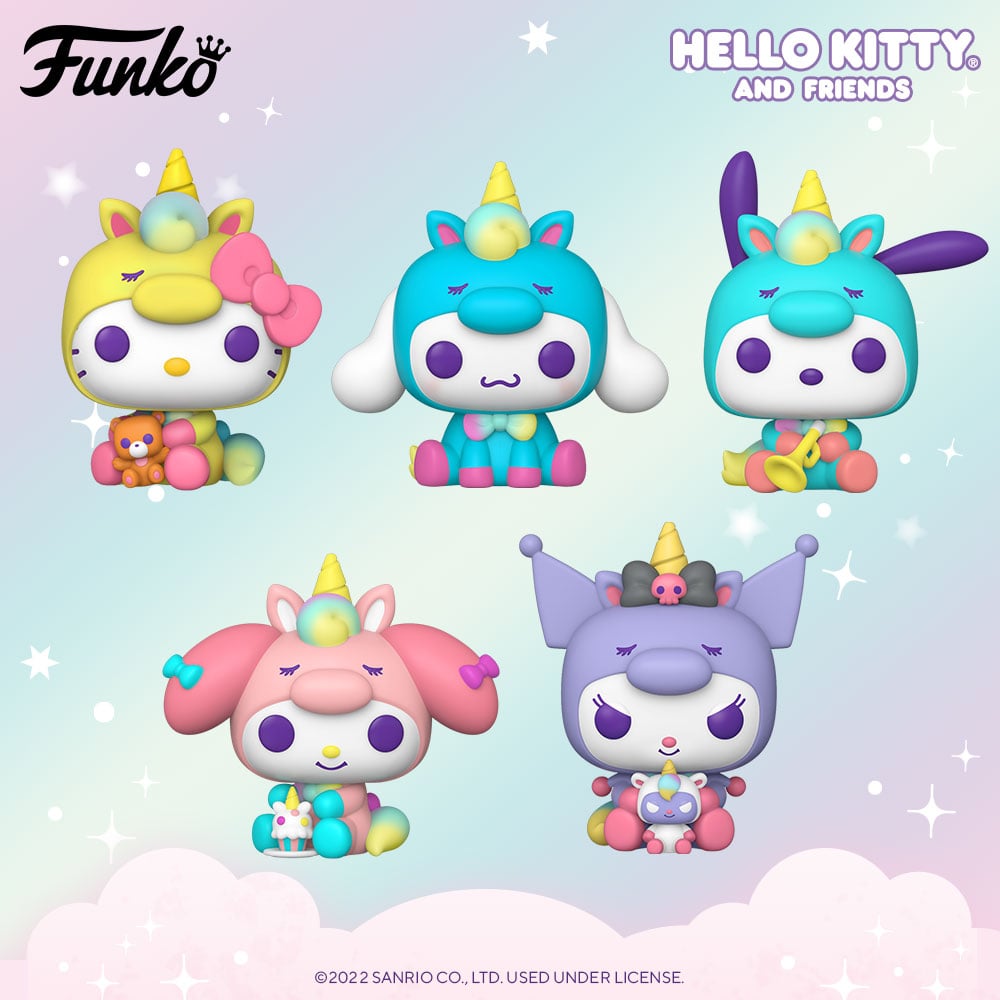 In addition to being an international style icon, she is also an accomplished musician, athlete, and actress.

She has even been honored with a Hollywood Walk of Fame star.

Hello Kitty has come to embody the spirit of cuteness and innocence, making her one of the most beloved characters in the world.