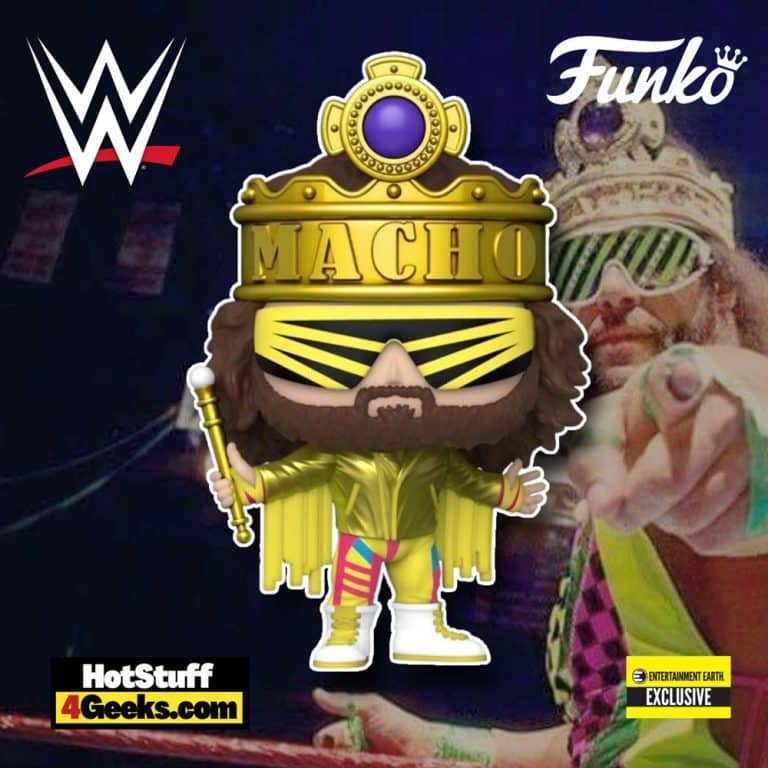 Randy Savage’s reign as “King of Wrestling”! He’s the coolest, toughest, and most confident fighter in the WWE ring. So if you want to spice up your collection with a hint of personality, nothing will do a job than this Funko Pop! WWE: Macho Man Randy Savage (Metallic) Funko Pop! Vinyl Figure – Entertainment Earth Exclusive.

This is for sure a great addition for any WWE fan! The pop figure is now available below (click to jump!)

After defeating Jim Duggan for the King Crown Championship, Randy began using the “Macho King” gimmick. After that, he was called the “King of Wrestling,” and his Manager, Sherry Martel, also changed his gimmick to “Queen Sherry.”

From his on and off-screen rivalry with Hulk Hogan to his memorable match against Ultimate Warrior at WrestleMania VII, Macho Man never failed to entertain an audience.

Macho Man Randy Savage’s “The King” (Metallic) Funko Pop! is now available for pre-order at the links below (click to jump!) It’s expected to be released in July 2022. 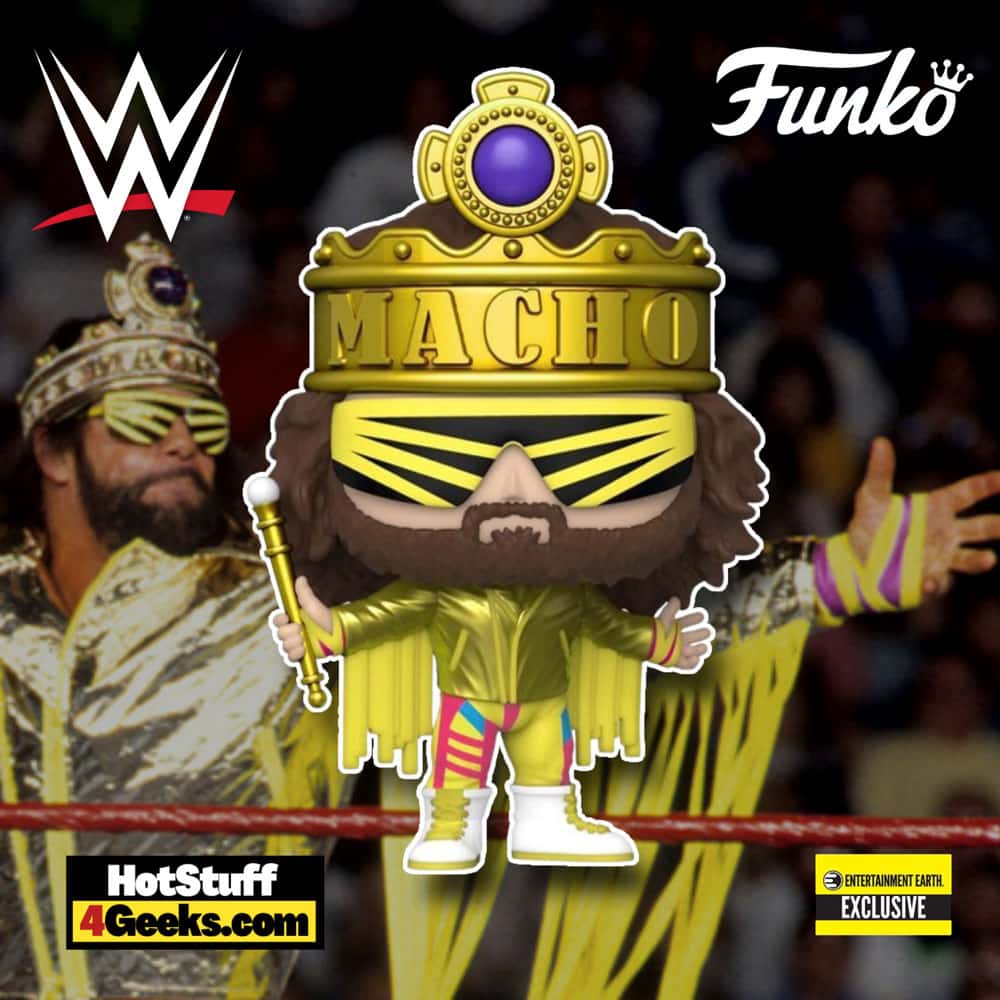 In the early 1980s, a new wrestler burst onto the scene and completely changed the game. He was brash, he was cocky, and he was absolutely amazing in the ring. That wrestler was Macho Man Randy Savage.

Over the next decade, Savage would become one of the most iconic wrestlers of all time, winning fans over with his unique style and unmatched athleticism.

Before he was Macho Man Randy Savage, he was just plain old Randy Poffo. The son of wrestler and promoter Angelo Poffo, Randy began his career in the mid-1970s, wrestling in small independent promotions. 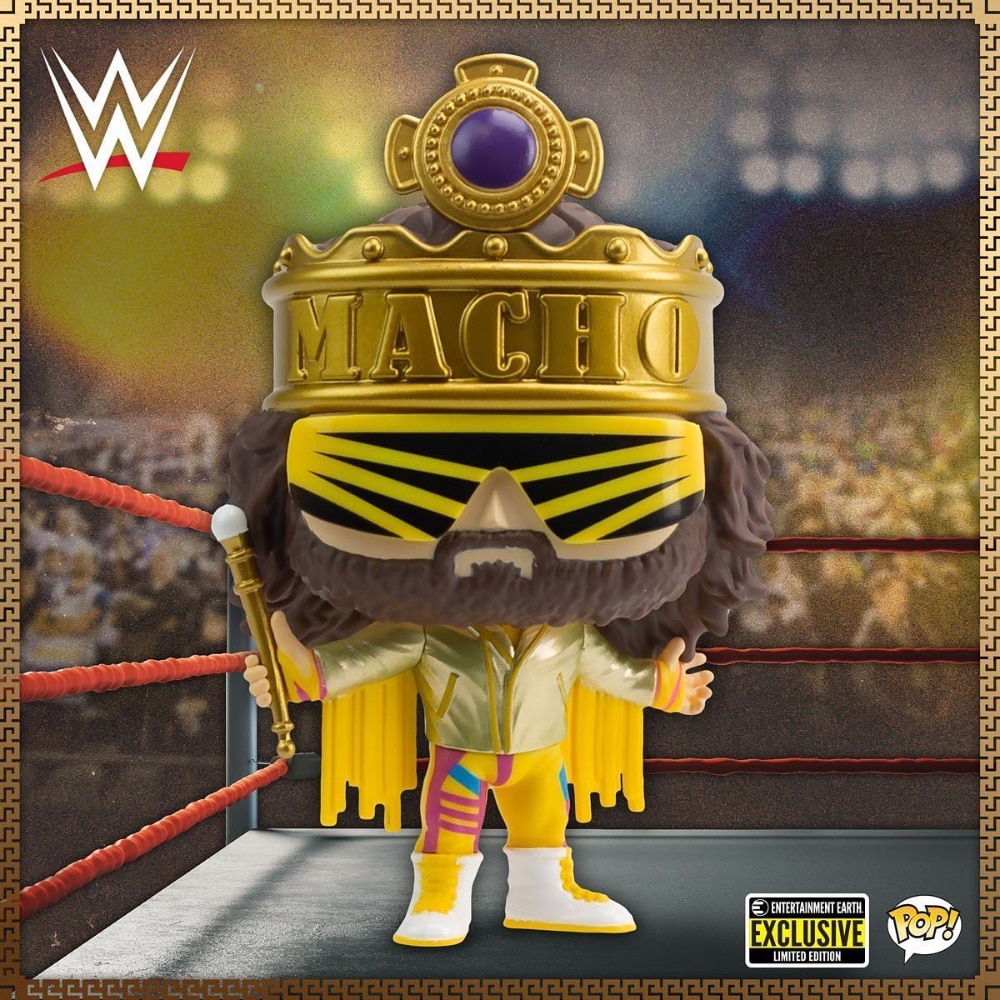 Savage quickly rose through the ranks of the WWF, winning the Intercontinental Championship and the WWF Championship within a year of joining the company.

Savage adopted the “Macho Man” persona in 1986, and it quickly became synonymous with his wild style and insane charisma.

He became known for his flamboyant style, both in and out of the ring, and his catchphrase “Ooh yeah!” soon became iconic.

He would often ver into weird, outrageous antics, and his matches were always filled with high-flying action and hardcore destruction.

His matches with Hulk Hogan, aspirin Jake Roberts, and Ric Flair are still considered some of the best in wrestling history.

He also had a successful career outside of wrestling, appearing in commercials, movies, and television shows.