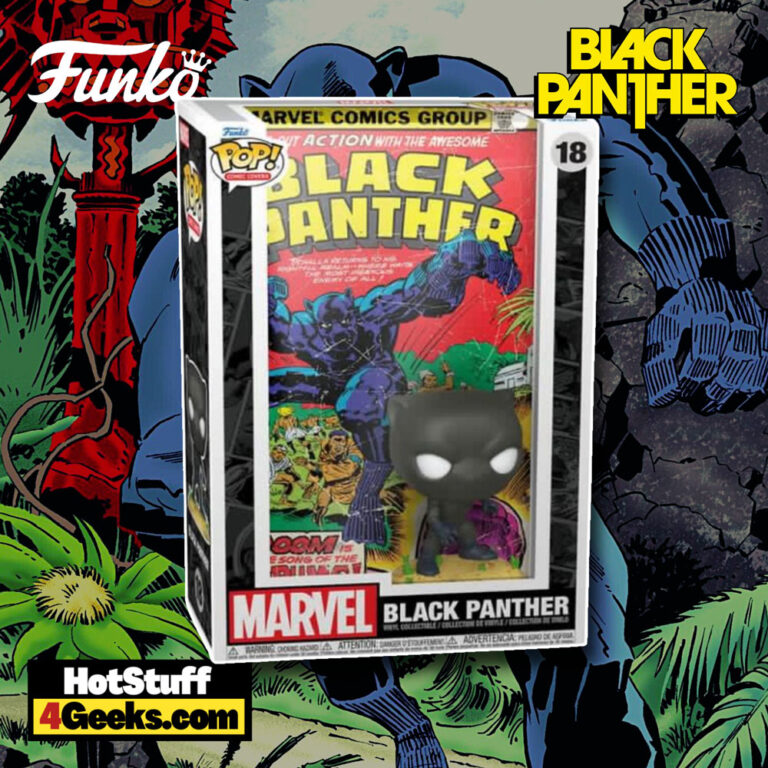 Pre-orders are now available at the links below (click to jump!)

This new figure is based on the Black Panther’s appearance in the seventh issue of the self-titled series from Jack Kirby, released in January of 1978.

The figure features the Black Panther in a classic black costume, complete with his signature claws and cowl.

In this series, the first black superhero in comics searches, along with Mr. Little and Princess Zanda, for King Solomon’s Frogs; battles the Collectors, Yeti, and The Six Million Year Man, among others.

Black Panther Comic Cover Funko Pop! is now available for pre-order at the links below (click to jump!) It’s expected to be released in November 2022. 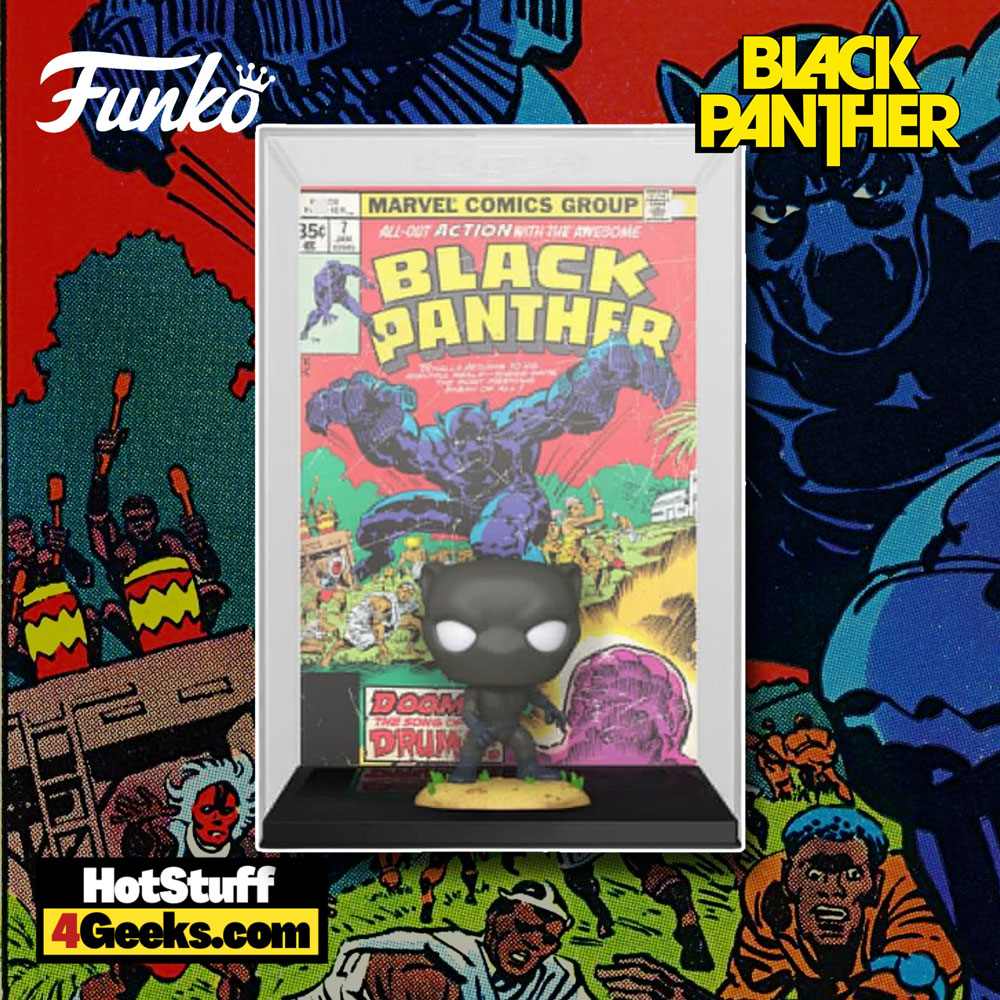 Even before the success of Marvel Studios’ Black Panther movie in 2018, the character was well known among comic book fans.

He was the first black superhero in the comics, and also, because T’Challa was not a member of a simple family or an irresponsible teenager, he was a king.

The Black Panther made his debut in Fantastic Four #52, demonstrating his superior fighting skills against all team members.

On behalf of their leader, a messenger from a mysterious corner of Africa invites the team to visit Wakanda.

Upon arrival, Reed Richards, Bem Grimm, Sue Storm, and Johnny Storm are surprised by the warrior king who manages to defeat all the team members. 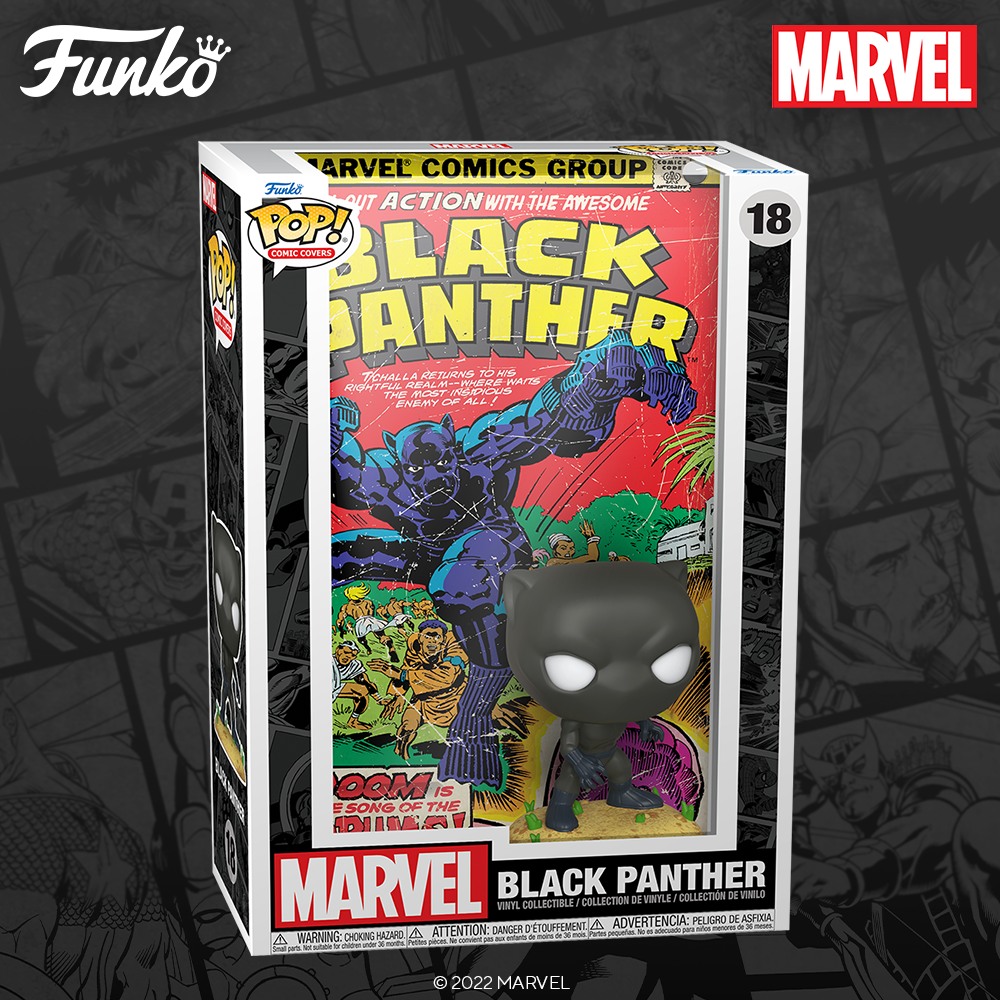 Stan Lee initially wanted to call the hero Coal Tiger, but after some thought on the matter, Lee and Kirby decided to rename the character Black Panther.

T’Challa’s exposed face was apparently a point of contention among the team. Finally, after many meetings, they decided to hide T’Challa’s face completely.

The initially brightly colored Black Panther costume was also changed. All black was rather more intimidating, especially when contrasted with the blue uniforms of the Fantastic Four.

So, since his first appearance in 1966, Black Panther has been a mainstay of the Marvel comics world for over 50 years.

And it’s no wonder why – he’s brave, smart, and has a heart of gold. Not to mention, he’s got some of the coolest gadgets and weapons in the business.

From his trusty claws to his state-of-the-art suit, the Black Panther is a superhero who knows how to get the job done – and looks good doing it!