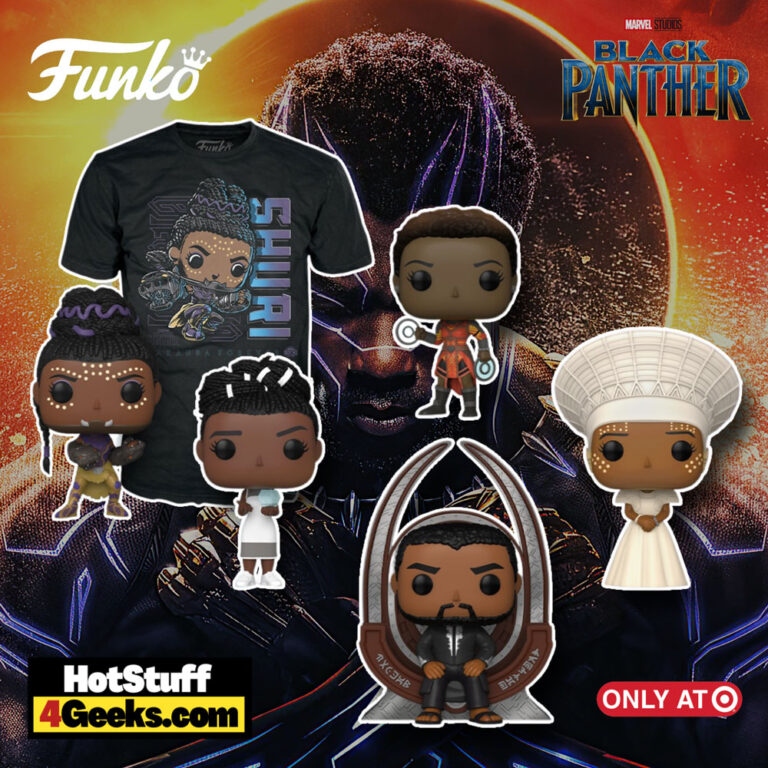 Marvel Studios’ Black Panther (2018) was a game-changer for the superhero genre — and now, fans can celebrate the film’s legacy with a new line of merchandise from Funko.

The new Marvel Studios’ Black Panther Legacy Funko Pop! Collection released today is exclusive to Target and is designed to give fans the chance to commemorate and celebrate the impact of the Black Panther and get fans excited for the upcoming release of Black Panther: Wakanda Forever (2022):

There are also pins, socks, wallets, and more T-shirts! It is impossible to overlook!

Marvel Studios’ Black Panther was a game-changer for the superhero genre — and now, fans can celebrate the film’s legacy with a new line of merchandise from Funko.

Black Panther Legacy Funko pops are now available for order at the links below (click to jump!) 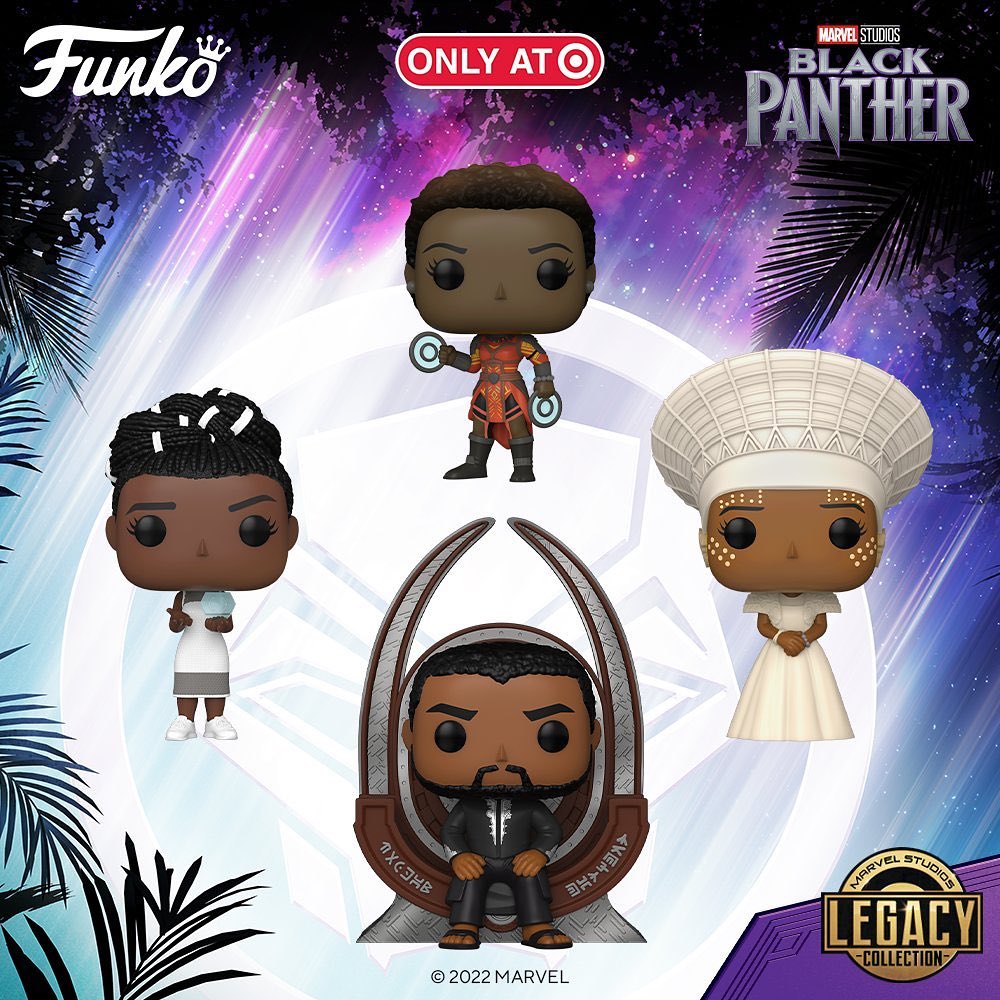 Black Panther (2018) tells the story of T’Challa (Chadwick Boseman), heir to the throne of Wakanda, who, after his father’s death, becomes king of that technologically advanced nation isolated from the rest of the planet.

Being king is not just a title, and T’Challa quickly realizes that there are new challenges to be overcome and problems to be solved.

In case you noticed, I referred to Wakanda as a technologically advanced nation. So you see, there “are” two Wakandas – the one that only the inhabitants know about and the other that the rest of the world believes is just another giant poor area in Africa.

Wakanda is powered by Vibranium, the most potent metal in existence, which has an inexhaustible source of energy and incredible healing capabilities.

Vibranium is even present in Black Panther’s suit, which appears with some modifications from what we previously saw in Civil War.

It is precisely this mineral that provides the motto for the film’s developments. 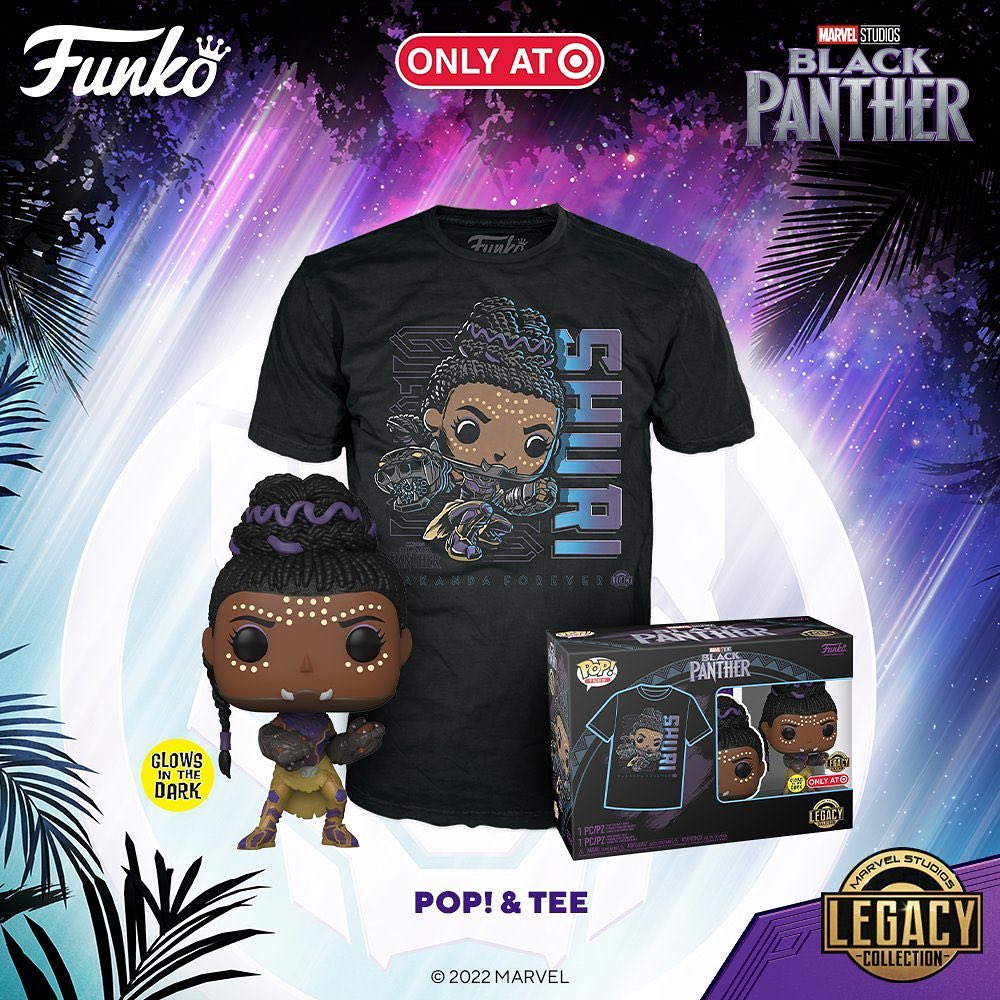 Besides the events of the narrative, the film gains points by being a true celebration of black culture. You could almost say it’s a tribute.

So we have a black superhero from an African country, born and raised surrounded by the black community.

You can see why many find it the studio’s best film to date.

Black Panther also features a good cast of actors, much like what Marvel has accustomed us to.

In addition to Boseman’s very competent performance as the protagonist, we have to highlight the bad guys, Andy Serkis, in the role of the drug dealer Ulysses Klaue and Michael B. Jordan’s role as the mercenary Erik Killmonger.

For reasons we will not reveal, Jordan ends up being the film’s main villain, and, between scenes where he gets all the protagonism, he ends up not going down in cinema history as one of the best villains ever. Far from it.

There are also appearances by Luputa Nyong’o, Danai Gurira – fans of The Walking Dead surprised to see her on-screen -Letitia Wright, Daniel Kaluuya, Forest Whitaker, and Martin Freeman, among others.

Black Panther is not a dark film. On the contrary. It is, above all, an ode to another way of life. There is a lot of humor, good energy, and a clear emphasis on women,

A terrific film to watch!