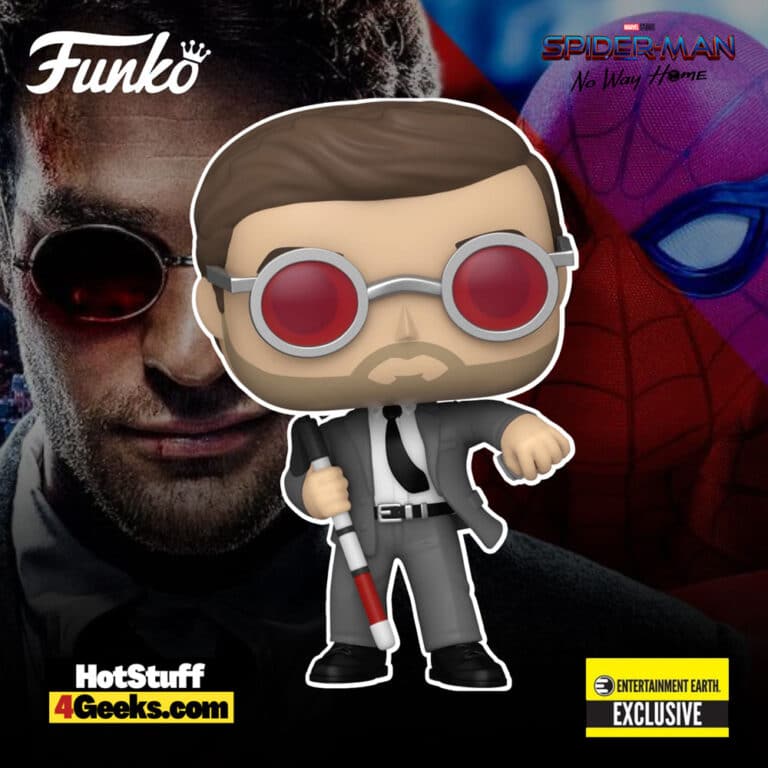 Inspired by one of the most humorous scenes from the movie comes the new Funko Pop! Movies: Spider-Man No Way Home: Matt Murdock with Brick Funko Pop! Vinyl Figure – Entertainment Earth Exclusive.

Matt Murdock does not wear the Daredevil suit but gives a taste of his abilities. When a rioter throws a brick through Spider-Man’s widow, he snags it in mid-air, shocking everyone with the lawyer’s reflexes.

In Spider-Man No Way Home, Charlie Cox returns as Matt Murdock, the Daredevil, a role he played in the Netflix series. Off-screen, he manages to exonerate Parker, solving part of the big problem the character faces during the film.

We don’t get to see the actor dressed in the red suit, but at one point, a brick flies through the window, and before Peter can move, Murdock manages to grab the brick from his back.

Peter asks how he managed to do that, and Matt replies, “I’m a really good lawyer.”

The Entertainment Earth Exclusive Matt Murdock with Brick Funko Pop! is now available for pre-order at the links below (click to jump!) It’s expected to be released on April 2023. 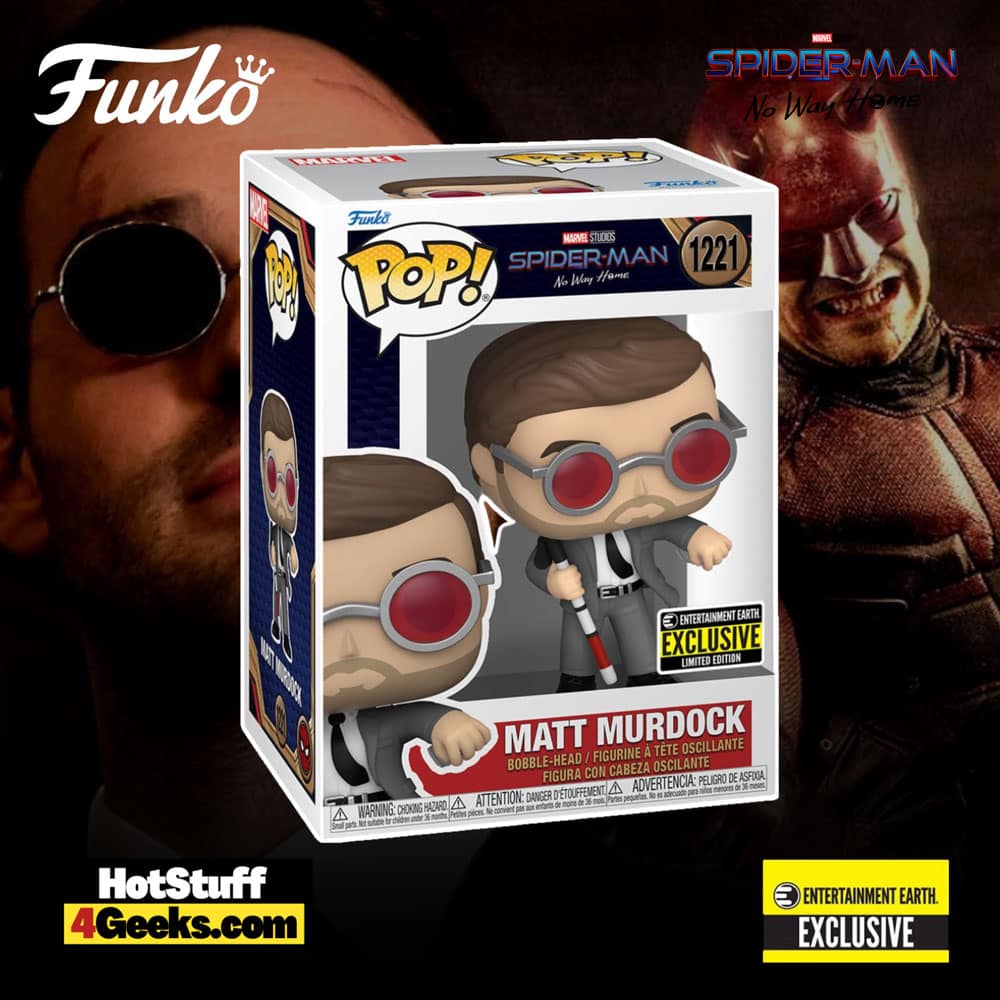 Spider-Man: Far From Home finale leaves Peter Parker in a terrible situation. J. Jonah Jameson accuses the hero of killing Mysterio and even reveals his secret identity. With that, in Spider-Man No Way Home, he needs a lawyer – there is a Marvel character who also happens to practice law.

In Spider-Man 3, Peter is taken in for questioning by the police, and he is told to contact someone to defend him. Peter, May, and Happy are around the table – that’s when the Marvel hero makes his appearance. 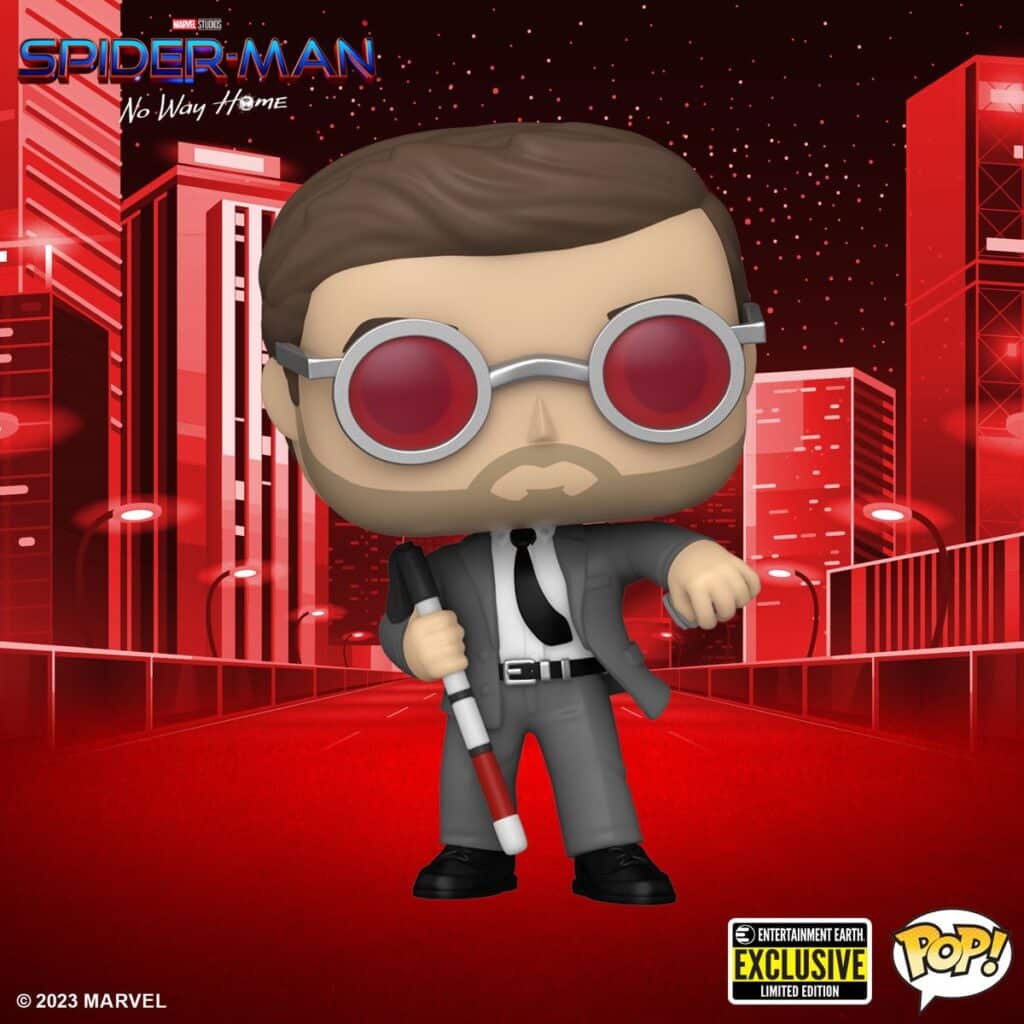 Yes, Charlie Cox has a small part in the movie, reprising his role as Matt Murdock. As many have come to expect, he has been hired to be Peter Parker’s lawyer after the young man is accused of killing Mysterio with Stark Companies’ drones since his identity was revealed as the villain’s latest plan.

Unfortunately, Murdock’s appearance is very brief, just one scene, but it is enough to make fans die of nostalgia.