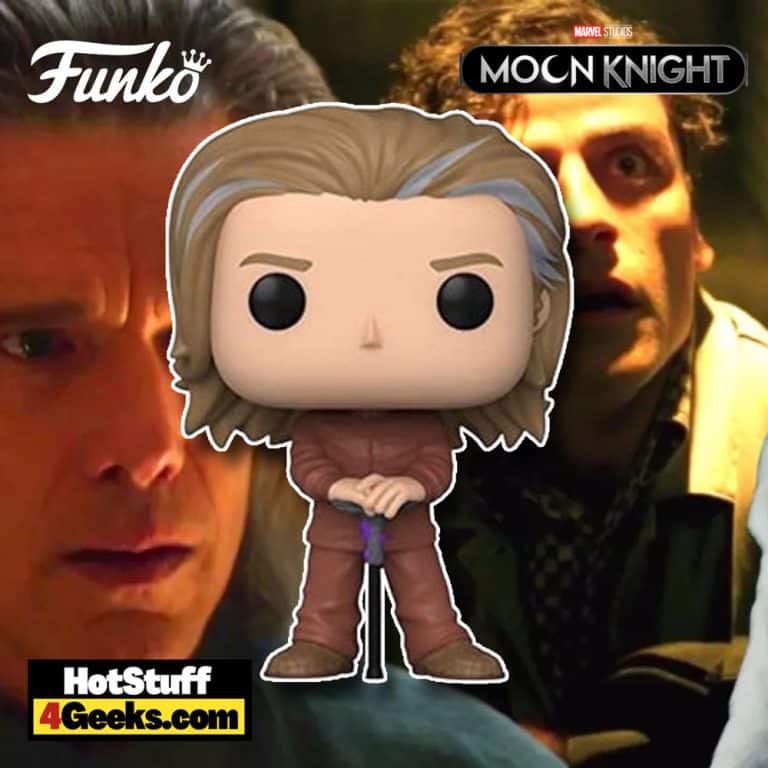 This pop figure can be found at the links below (click to jump!)

Arthur Harrow was first introduced to Marvel comics in 1985, during Moon Knight’s second season. He is one of Marvel’s most obscure villains, appearing in only one issue.

However, the series on Disney+ has arrived to make the franchise’s stories somewhat different.

And to take on our hero, we need a villain to match. In the series, Ethan Hawke gives life to Arthur Harrow. However, something leads me to believe that something much more interesting lurks beneath the villain’s surface.

Arthur Harrow Funko Pop! is now available for pre-order at the links below (click to jump!). It’s expected to be released in August 2022. 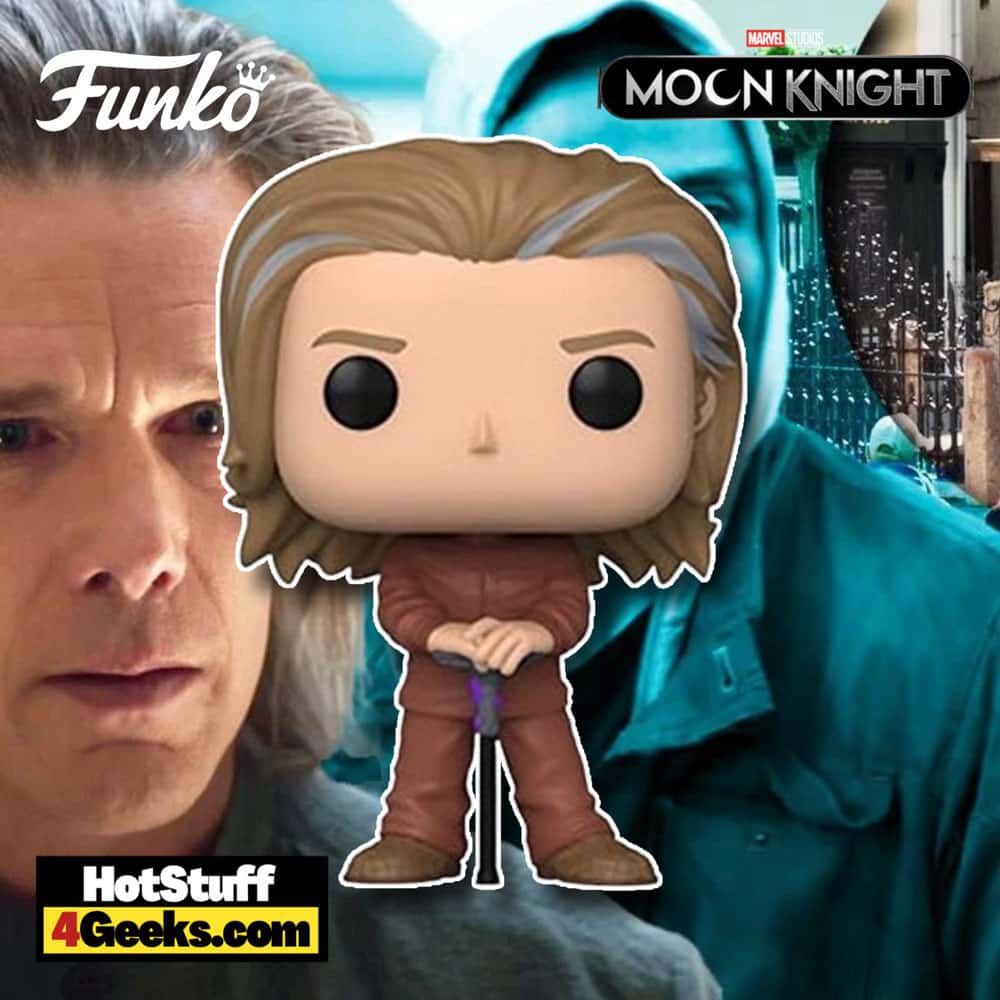 The version of Arthur Harrow in the Marvel Studios series is entirely different from the comics, which is already indicated at the beginning of the series.

Although many details are still fuzzy, he appears more like a cult leader. And yet, also pointed out as the Moon Knight’s great rival.

In other words, it is far from being a doctor leading experiments as it happened in the comics. And, obviously, he will not be a minor villain.

Arthur Harrow is treated to an intriguing introduction in episode 1  when it shows him smashing the glass to put in his shoes. While this means he feels pain with every step, he is also an influential cult leader following the ways of the goddess Ammit.

Arthur Harrow receives his powers from the Egyptian goddess and judges people on her behalf. He has a tattoo of scales on his arm that represent Ammit’s judgment, much like the scales of justice that both Lady Justice and the Greek goddess Dike are depicted carrying.

This same episode also shows how Arthur’s tattoo works and the dark ceremony he uses to judge his followers. When Arthur holds a person’s hands, the power of Ammit flows through him and judges whether they are a good or bad person.

Confusingly, Ammit evaluates his subjects based not only on their past actions but also on future actions, like the precog police in Minority Report.

If they are judged to have done something evil – or to be capable of something evil in the future – Arthur’s powers allow him to kill that person on the spot, draining their lives.