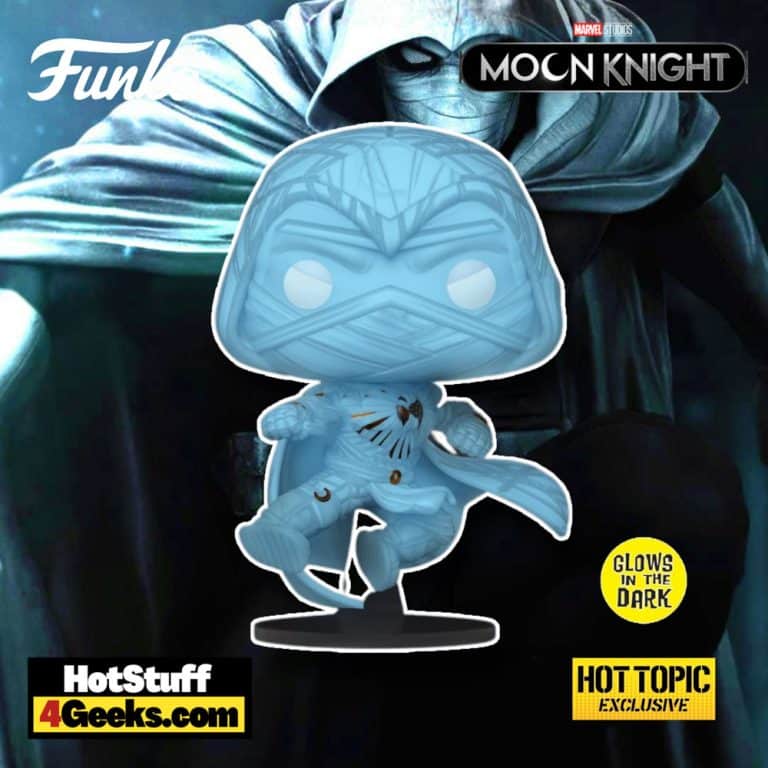 The pop figure is available at the links below (click to jump!)

Moon Knight has a superhero who has never appeared in Marvel films at the heart of its story.

The studios have hired Oscar Isaac, hailed as one of the best actors of his generation, to play this complex protagonist who has a long history in comics. He is Steven Grant, a British man with archaeological knowledge – especially about ancient Egypt – and too ambitious to be working in a museum store.

He dreams of being a guide – or a kind of Indiana Jones. But he has a problem. Apparently, he suffers from severe sleepwalking related to his dissociative identity disorder.

Sometimes he is Marc Spector, an American mercenary with a troubled past. Or is it the other way around? And is Steven just a figment of his imagination?

The Hot Topic exclusive Moon Knight GITD Funko Pop! is now available at the links below (click to jump!) 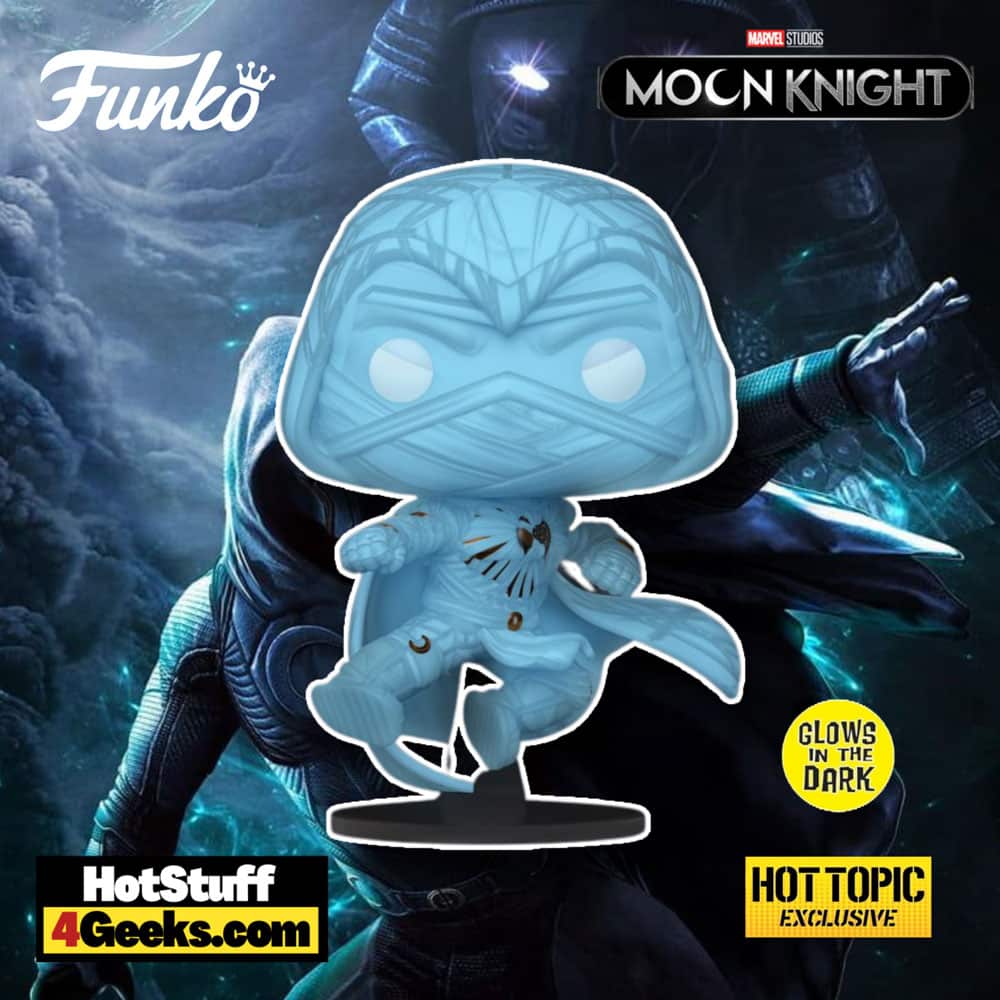 Moon Knight follows the trajectory of this multifaceted protagonist – and is a specific acting exercise for Oscar Isaac.

The actor can alternate between action sequences and comic moments and varying personas depending on the alter-ego he is playing.

This journey – which ultimately stems from his mental health problem – eventually leads him to a charismatic guru who lives in the Swiss Alps.

He goes by the name of Arthur Harrow (Ethan Hawke) and is a follower of the Egyptian god Ammit, whose mission is to bring justice before people commit evil acts. 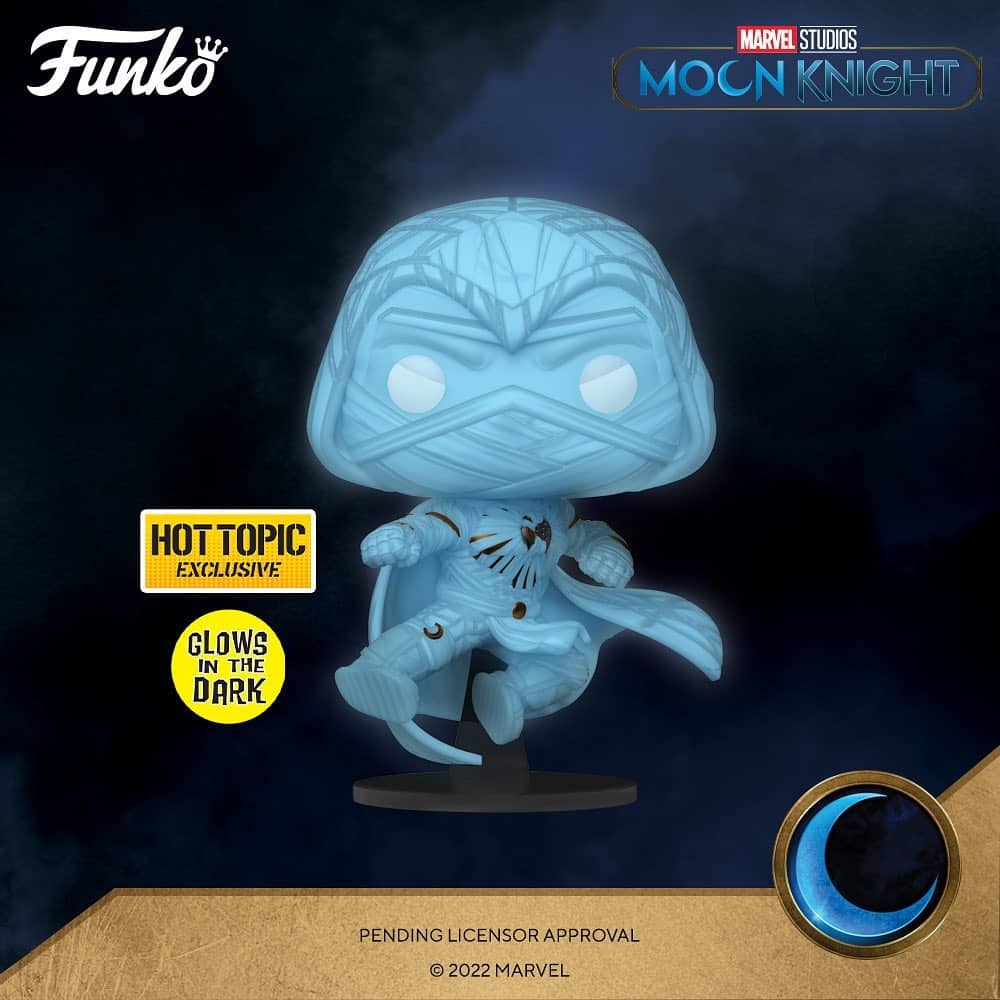 Like so many other villains, his goal is to create a better Earth by destroying what already exists. But, on the other hand, Steven has a connection to another Egyptian god, Khonshu, who can be just as evil compared to Ammit.

Steven also gets close to a mysterious woman named Layla (May Calamawy), who will be a sort of Marion Ravenwood to his Indiana Jones.

Moon Knight premiered on Disney+ on April 30 and will be entitled to six episodes, gradually arriving on the streaming service every Wednesday.