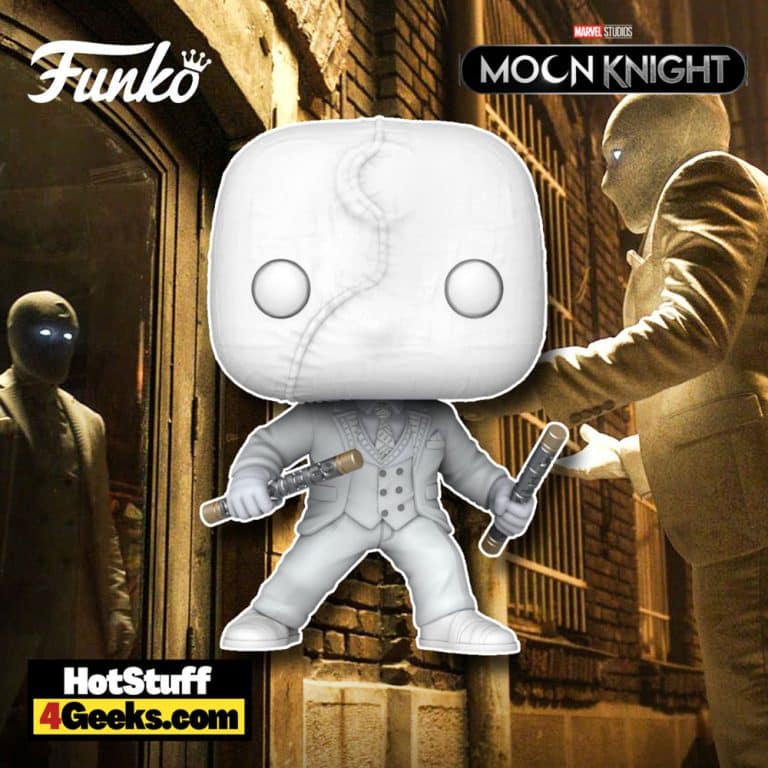 This pop figure can be found at the links below (click to jump!)

Moon Knight’s second episode finally introduced us to Mr. Knight, but not in the way many fans of the comics imagined.

In the Marvel Comics stories, Mr. Knight is an identity that the vigilante takes on to investigate crimes on the streets of New York and is a disguise used by Marc Spector in many of his appearances.

Marvel’s Cinematic Universe gives the character a very different feel, portraying him as simply a costumed alter-ego of Steven Grant.

With a white shirt, tie and shoes, he also wears white gloves and masks with the outline of a crescent moon on his forehead.

Mr. Knight Funko Pop! is now available for pre-order at the links below (click to jump!) it’s expected to be released in August 2022. 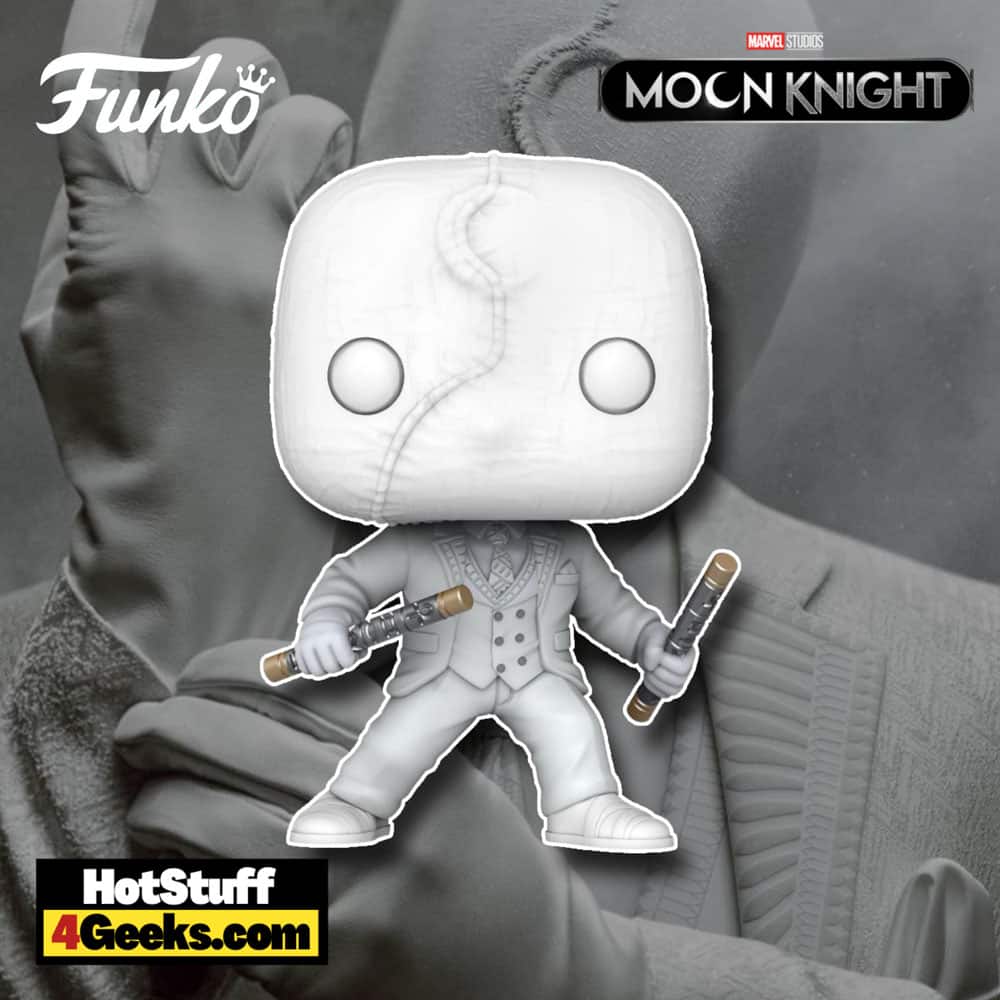 Pursued by a jackal of Arthur Harrow, Steve is thrown through a window and instructed several times by Marc, Layla, and Khonshu to summon his costume.

In the fall, he finally heeds the instructions but ends up receiving Mr. Knight’s costume. Steven then briefly fights the creature before handing control over to Marc as the Moon Knight.

Some fans may have been disappointed that the character was used as comic relief, and it is still unclear whether Mr. Knight will return in future episodes of the Disney+ series.

However, considering the posters from the marketing campaign, it seems likely that he could be another recurring aspect of Steven Grant’s personality.

Regardless of the approach, it is clear how challenging Oscar Isaac’s acting work on the series was. The actor was tasked with playing not only two different characters but also two different superheroes, often combining them at the same time in dialogue and fight scenes.

There is yet another personality in the comics that we don’t know if it will appear in the Marvel Studios series. The identity that manifests itself in Marc Spector’s mind is Jake Lockley, a cab driver in New York City, a connoisseur of the streets, and a friend of many gangsters and informants.

He is the side of Marc, considered a true eagle eye, always very tricky. The information he uncovers is essential to Moon Knight’s vigilante work, and throughout his career, Lockley has managed to create a network of informants.

Moon Knight is currently airing on Disney+, with new episodes released on Wednesdays.