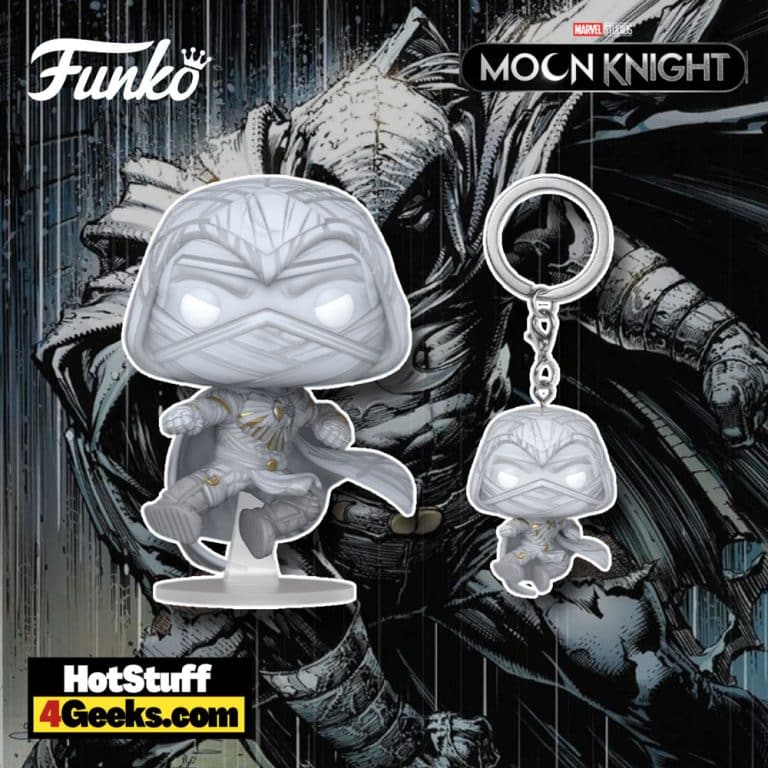 After months of waiting, we finally watched the first episode of Moon Knight, the newest series of Marvel’s Cinematic Universe on Disney+.

And with many mysteries and surprises on the way, the first episode already puts us directly into the life of Steven Grant, an ordinary man who finds himself involved in some bizarre plot involving Egyptian gods and a heroic persona.

Moon Knight Funko Pop! is now available for pre-order at the links below (click to jump!) It’s expected to be released in September 2022. 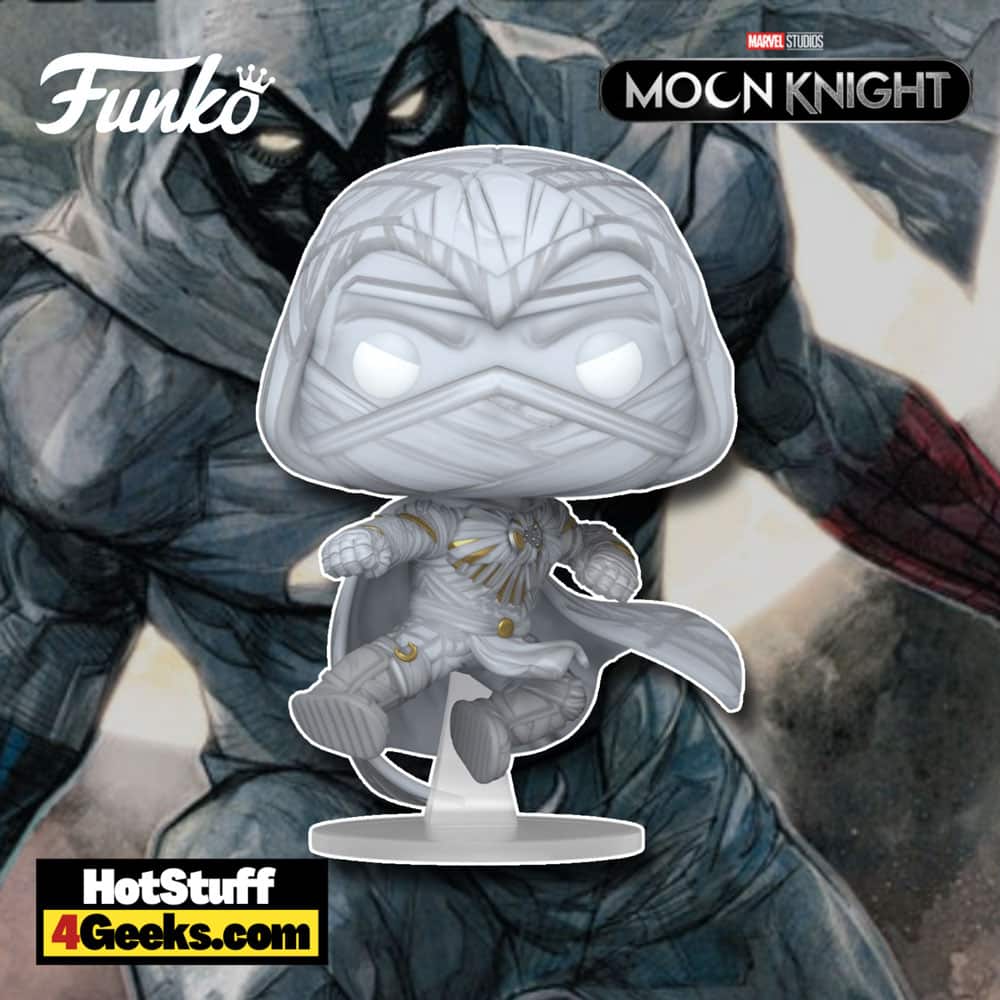 Weird dreams, time-lapses, enigmatic memories. None of this fits in with the disjointed life of an Englishman named Steven Grant, a clerk in a souvenir store who studies Egyptian mythology in his spare time.

Perhaps we have never seen Oscar Isaac like this, cheerfully fumbling and with a British accent, as a character on the verge of a nervous breakdown and a discovery that will change his life.

After all, all that turbulence of mind is related to the fact that his body is shared with Marc Spector, an ex-mercenary with an American accent (more Isaac’s style), a heavy countenance, and secrets that go all the way to… Egypt. 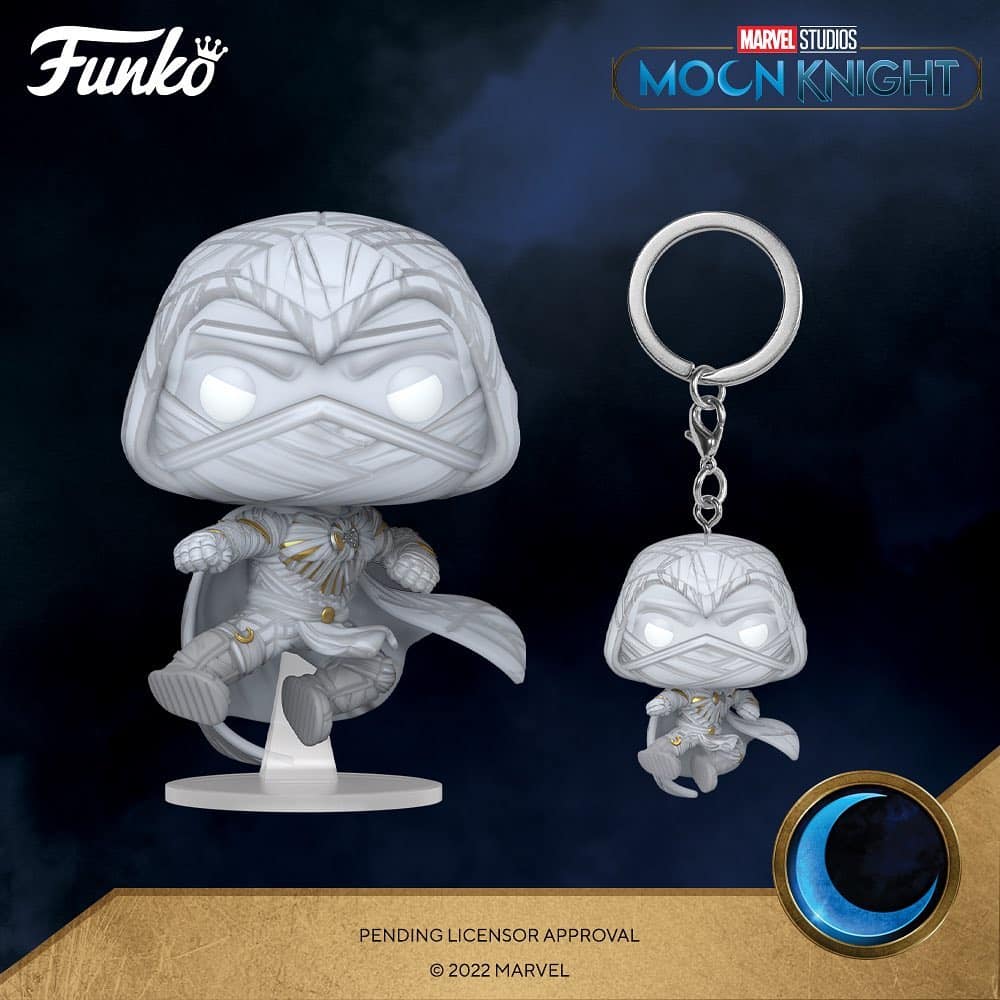 In other words, Marc is the avatar of Khonshu, the Egyptian god of the Moon and Vengeance. Taken and found in the middle of an intrigue that had nothing to do with him.

Steven will have to accept and adapt to the reality of his Dissociative Identity Disorder, no matter how many somersaults it takes along the way.

Moon Knight, Marvel’s new series premiering exclusively on Disney+, centers on this superhero whose first appearance dates back to 1975 in the comic Werewolf by Night and has never been brought to the screen in a live-action version before.