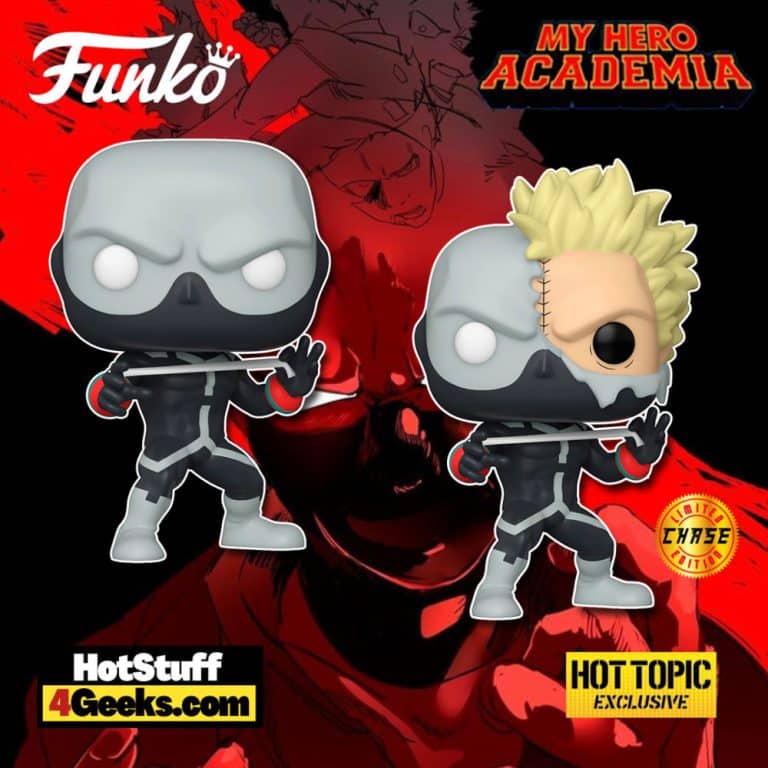 If you’re lucky, you may receive a partially unmasked chase variant!

Twice, his real name – Jin Bubaigawara, is an antagonist from My Hero Academia. He is affiliated with the League of Villains, a member of the Vanguard Action Squad, and the Lieutenant of the Paranormal Liberation Front.

Twice’s quirk is ‘Double.’ He can do doubles, many doubles of himself, and even make an army full of his doubles! His doubles are not limited to him, however. Twice can make doubles of any object or person through physical contact.

Twice with Chase Funko Pop! is now available for order at the links below (click to jump!) 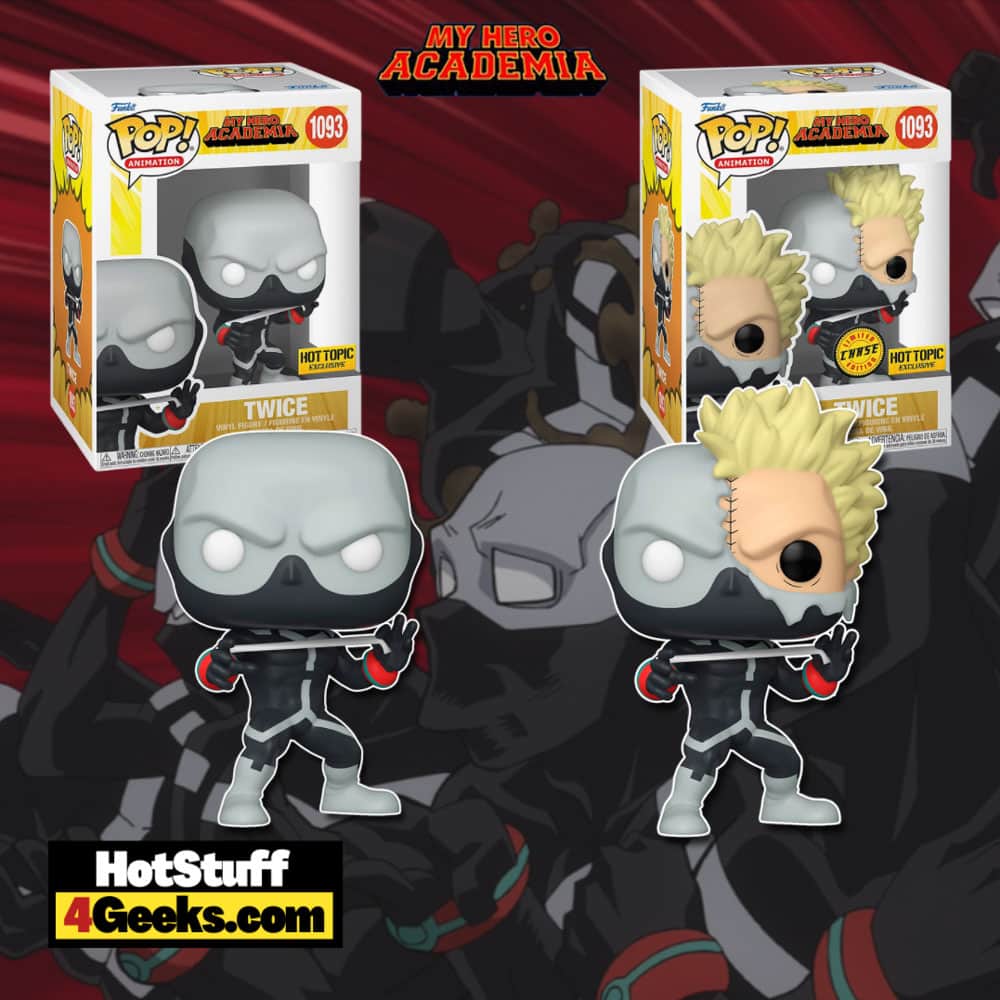 My Hero Academia has been exploring the evolving powers of its villains as the remaining members of the League of Villains struggle to survive against the Meta Liberation Army.

To defeat their enemies, they have worked to improve their performance and gain more power, something that can be seen in episode 110 of the anime, which showed Twice’s most potent attack.

After we saw Toga fight to the end against his enemies, something that happened in the previous episode, now it was Twice’s turn to shine and show his evolution in a very striking scene.

In the episode, Twice fights to save his friend after finding her bloodied body. He also has to face the traumas of his past caused by the Meta Liberation Army, which tried to amplify his frustrations, weaknesses, and mental traumas.

He manages to create a veritable army of copies. After the blow, while embracing Toga’s bloodied body, he reaffirms that he will do everything to protect those who took him in.