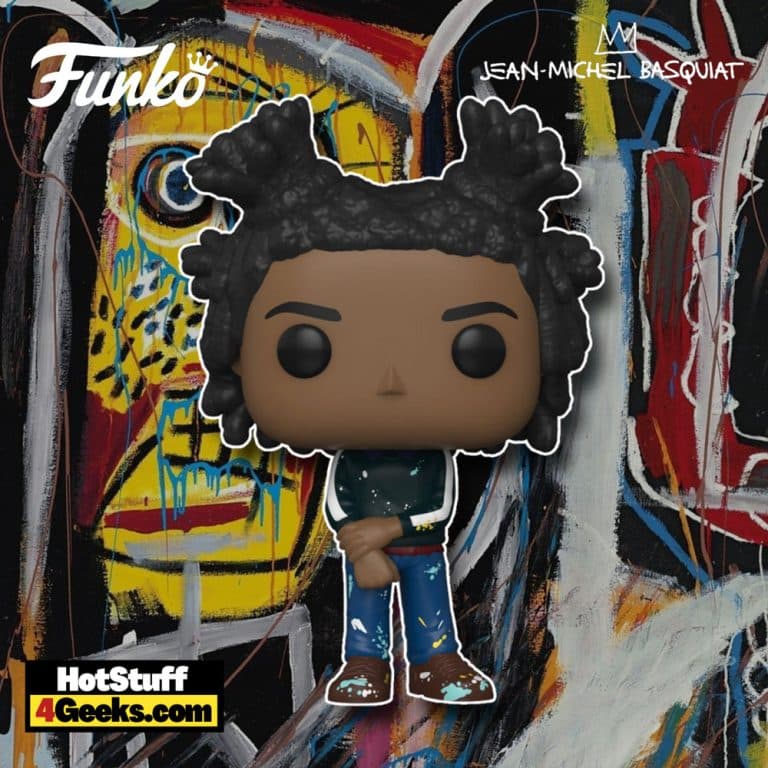 Featuring Basquiat with his trademark hairstyle, the Funko Pop! Artists: Jean-Michel Basquiat Funko Pop! Vinyl Figure, unveiled today, is a must for any fan of the acclaimed artist.

It only took Jean-Michel Basquiat 27 years to become one of the biggest names in neo-expressionism and the visual arts.

He was the first black American artist to become an international star during the 1980s. With politically charged paintings that depicted the social reality of the United States, he exhibited his art in many museums around the world.

Basquiat’s art is raw, naive, and full of artistic influences and continues to inspire countless artists today. An artist we will never forget!

Jean-Michel Basquiat Funko Pop! is now available for pre-order at the links below (click to jump!) It’s expected to be released in April 2022. 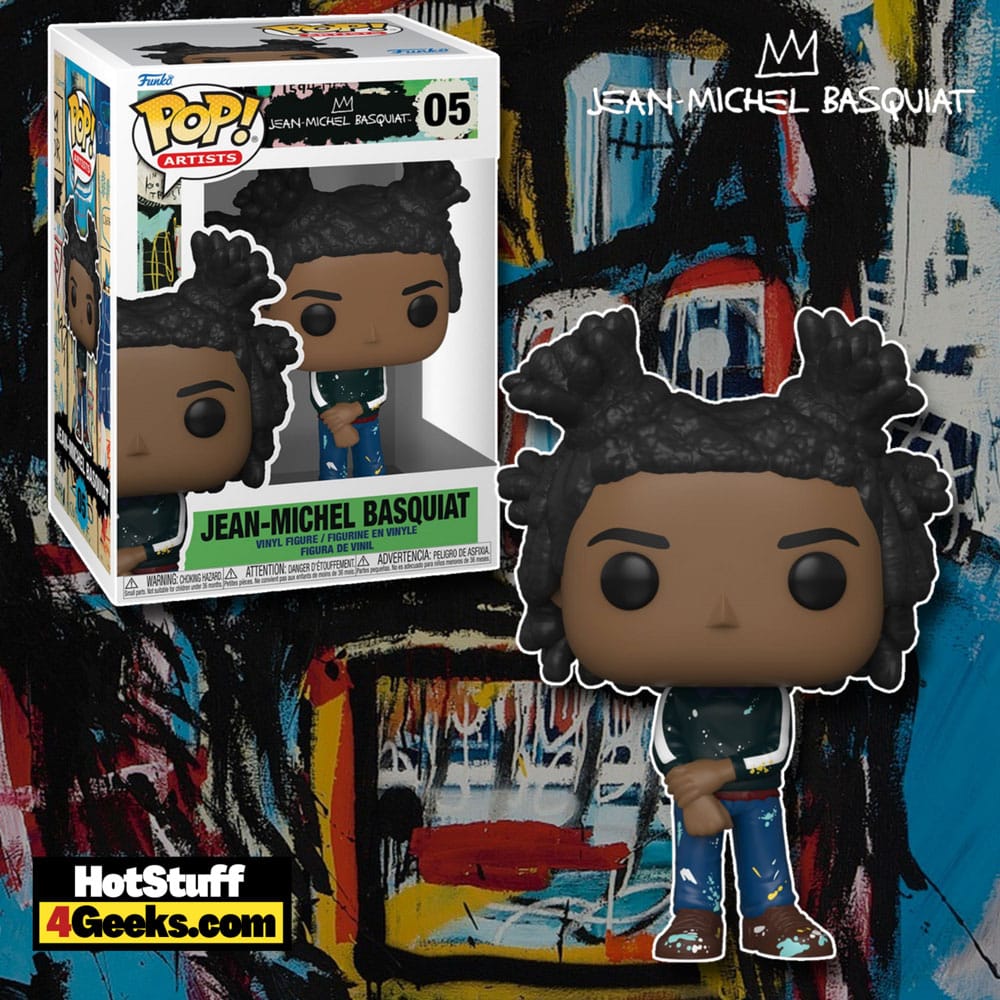 Born in New York City in 1960, Jean-Michel Basquiat became an art lover at a very young age. He used to draw caricatures and reproduce characters from movies and TV shows.

Of Haitian and Puerto Rican descent, he spoke Spanish and enjoyed reading French symbolist poetry, from which he drew inspiration for his future career.

But his greatest inspiration came from the images in the book “Gray’s Anatomy,” a gift his mother gave him after being run over by a car at the age of eight. Since then, the shapes and parts of the human body have recurred in his artwork.

Basquiat lived in Puerto Rico from 1974 to 1976, after which he returned to New York. Unable to adapt to conventional schooling, he went to Edward R. Murrow High School but dropped out before the school year.

At 17, he ran away from home and lived on the streets, in abandoned buildings, and with friends, supporting himself by selling t-shirts and postcards.

Also, in 1976, he began to graffiti southern Manhattan buildings in the company of his friend Al Diaz. The two signed their work with the pseudonym SAMO, a kind of abbreviation of the expression “same old shit.”

Basquiat also played clarinet and synthesizer in the Gray band during this time.

The music performances helped Basquiat get into the underground scene and meet other artists. In 1979 he appeared on the Glenn O’Brien TV show and soon became a regular guest.

The following year he participated in his first art exhibition and sold his first works, gaining more and more recognition.

Basquiat met fellow artist Andy Warhol, who was impressed by his talent. The two became friends and formed a partnership from 1982 to 1985. They collaborated on a series of paintings that mixed silk screening and each other’s techniques during these years. The most famous of these was “Olympic Rings” (1985).