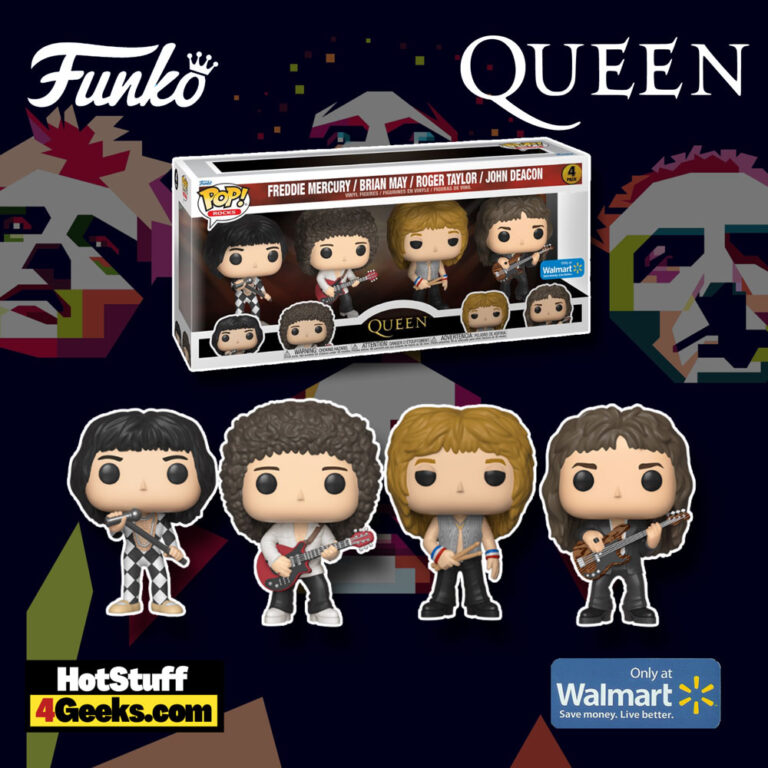 The pop figures can be found below (click to jump!)

They have the talent, the energy, and the attitude to take the music world by storm.

If you’re a fan of Queen, then this is the perfect set for you.

It’s also an excellent gift for any music lover in your life. So order your set today and get ready to experience the power of Queen.

Queen 4-pack Funko Pop! Figures are now available for pre-order at the links below (click to jump!) They’re expected to be released in November 2022. 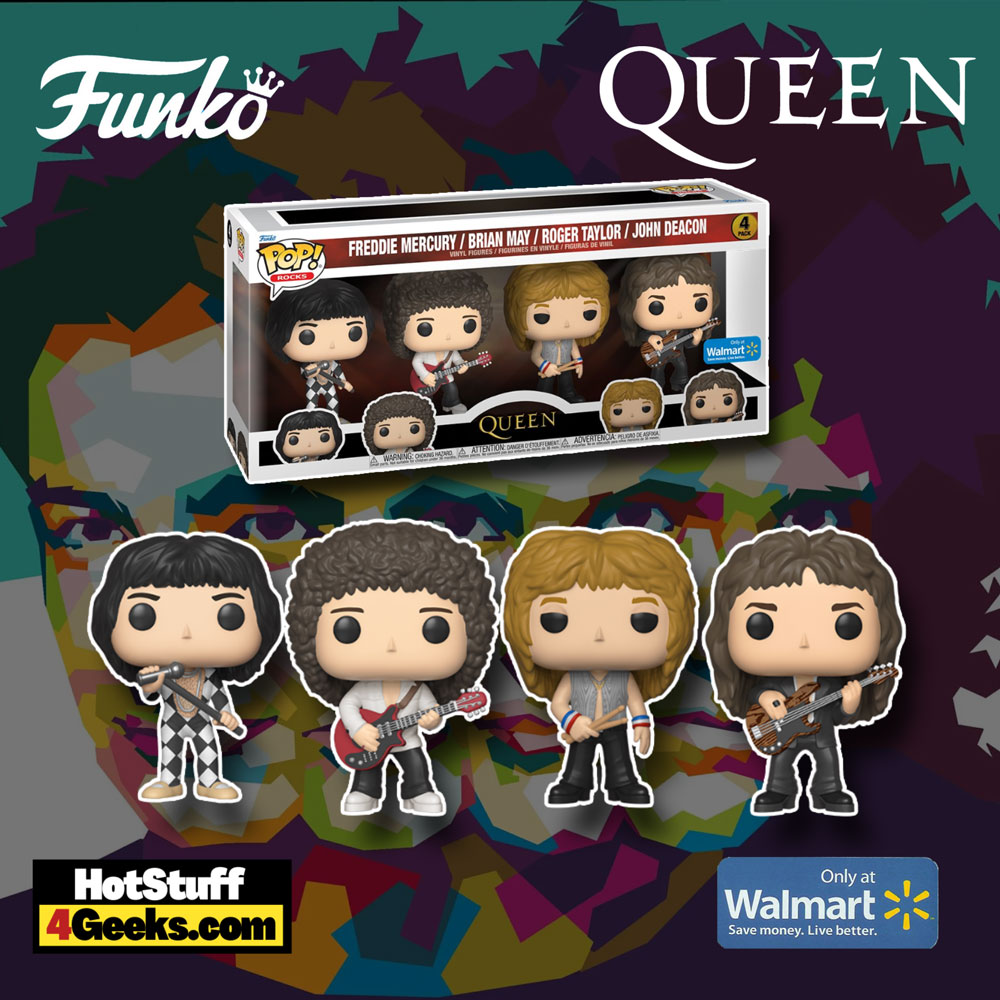 When  Queen first stepped onto the rock and roll scene, they were like nothing anyone had ever seen before.

Their flashy clothes and outrageous haircuts were a far cry from the traditional rock stars of the day.

But it wasn’t just their appearance that set them apart. They also had a unique sound unlike anything else on the radio.

Their combination of hard rock and operatic vocals was something we had never heard before, and it instantly caught the music world’s attention.

In addition to their musical talent, the band was also known for their vivid stage shows, which featured pyrotechnics, costume changes, and plenty of audience interaction.

These elements combined make  Queen one of the most influential groups in rock history.

Lead singer Freddie Mercury had a powerful voice that captivated audiences, and guitarist Brian May was a master of creating catchy riffs.

Together, they wrote some of the most iconic songs in rock history, including “Bohemian Rhapsody” and “We Will Rock You.”

Queen quickly rose to fame, and their influence is still felt today.

Every time you hear a rock band with distinct vocal harmonies or complex guitar solos, you can thank Queen for paving the way.