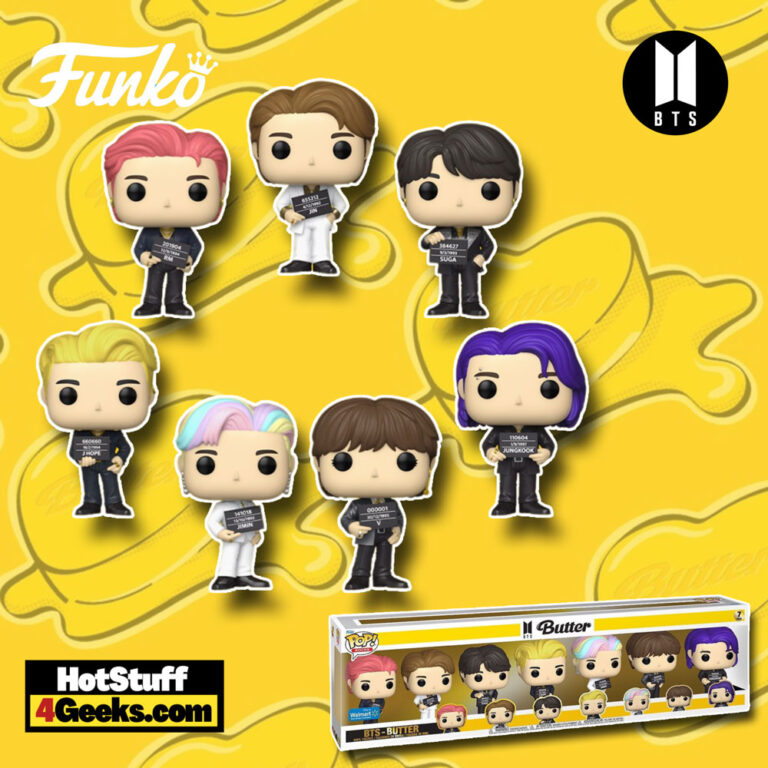 They say that music is the food of love, but what happens when your music collection gets a little… overheated?

The figures are also being sold separately at various retailers.

The pop figures are available below (click to jump!)

These exclusive Pop! figures are designed to look like the members of global K-pop sensation BTS, and they’re each melting butter in their own unique way.

Whether it’s RM’s oozing smile, Jin’s melting hair, or Jung Kook’s pool of buttery goodness, each figure is sure to add a touch of (melted) charisma to your shelf.

So if you’re looking for a fun way to spice up your music collection, grab a set of these pops!

BTS – Butter 7- pack Funko Pop is now available for pre-order at the links below (click to jump!) It’s expected to be released in December 2022. 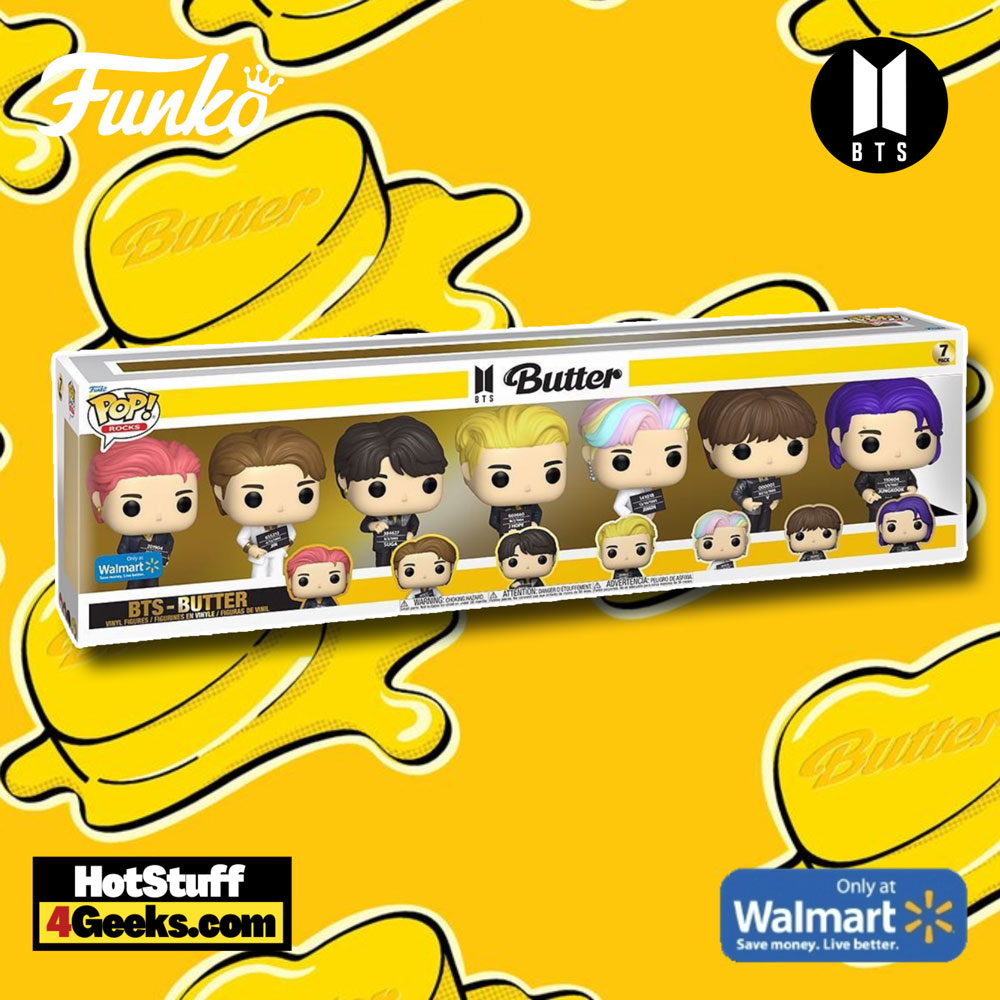 BTS is a K-pop sensation that has taken the world by storm. Formed in 2013, the seven-member group has released a string of hit songs and albums that have topped charts around the globe.

But who are these guys? Well, BTS is made up of seven talented singers and dancers: RM, Jin, Suga, J-Hope, Jimin, V, and Jungkook.

Together, they create a unique sound that blends elements of hip-hop, R&B, and pop.

But it’s not just their music that’s captured the hearts of fans; BTS is also known for their incredible stage presence and their charitable work. 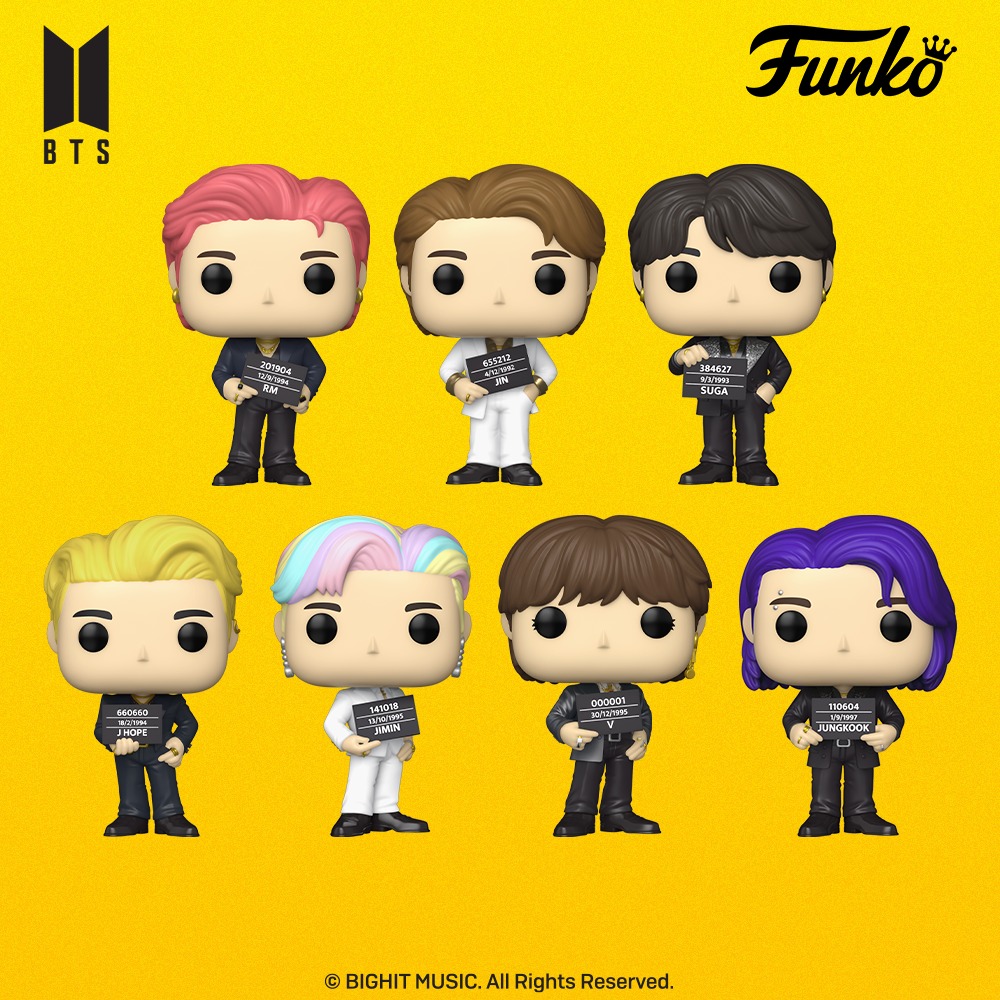 In 2017, they became the first K-pop group to perform at the American Music Awards, and they have since headlined sold-out shows at some of the world’s most prestigious venues.

They’ve also been active in promoting mental health awareness and have raised millions of dollars for charities such as UNICEF.

So whether you’re a fan of their music or their message, there’s no doubt that BTS is a force to be reckoned with.