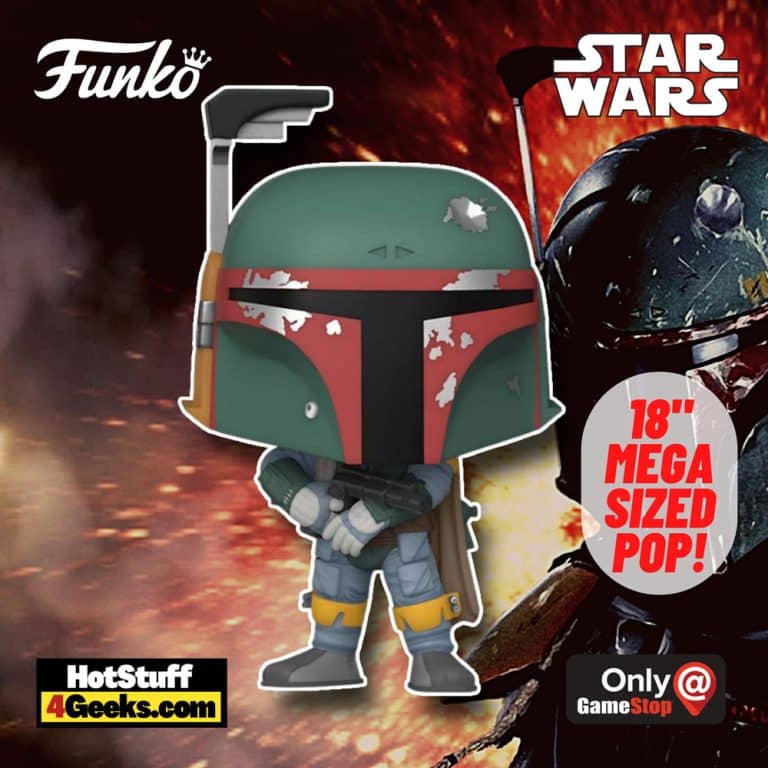 Any true Star Wars fan knows that Boba Fett is one of the most remarkable characters in the entire franchise. He’s a badass bounty hunter with an awesome jetpack, and he always manages to stay one step ahead of his enemies.

Standing at a whopping 18 inches tall, this figure is significantly bigger than most other Pop! figures. It’s also exclusive to GameStop, so you’ll want to act fast if you want to get your hands on one.

In addition to being a great addition to any Star Wars collection, this figure also makes a perfect gift for any Boba Fett fan in your life. So whether you’re treating yourself or someone else, don’t miss out on this Funko Pop! figure.

Boba Fett 18-inch Mega-Sized Funko Pop! is now available for pre-order at the links below (click to jump!) 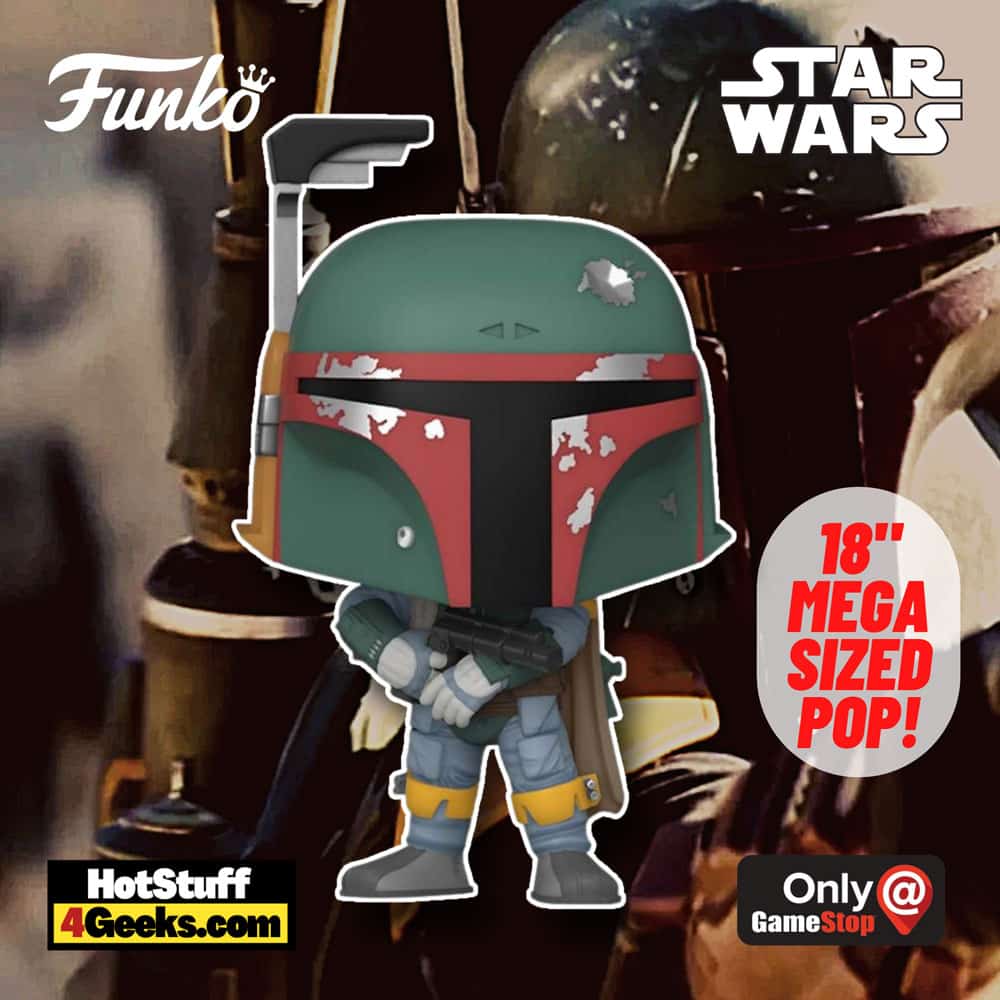 Star Wars is one of the most popular franchises in the world, and Boba Fett is one of its most iconic characters.

Boba Fett appeared most recently in The Book of Boba Fett’s Disney+ TV series, which follows the titular character after the events of The Mandalorian.

Boba Fett is a bounty hunter who was first introduced in Star Wars Episode V: The Empire Strikes Back.

Though he first only appeared in a handful of scenes, Boba Fett captured the imaginations of Star Wars fans around the world and quickly became a fan-favorite character.

Part of Boba Fett’s appeal is his mystery; he’s a man of few words, and we never learn much about his background or motivations.

He’s also an incredibly skilled warrior, capable of taking on some of the galaxy’s greatest heroes. Boba Fett is the perfect example of a great Star Wars character: he’s dangerous, intriguing, and just cool.

In The Mandalorian, Boba Fett teams up with Din Djarin to rescue Grogu from Imperial forces.  The Book of Boba Fett picks up where that story left off, with Boba continuing his life as a bounty hunter.

Along with his partner Fennec Shand, Boba sets out to build his own criminal empire on Tatooine. The series is full of action, adventure, and intrigue, and it promises to be an exciting addition to the Star Wars universe.