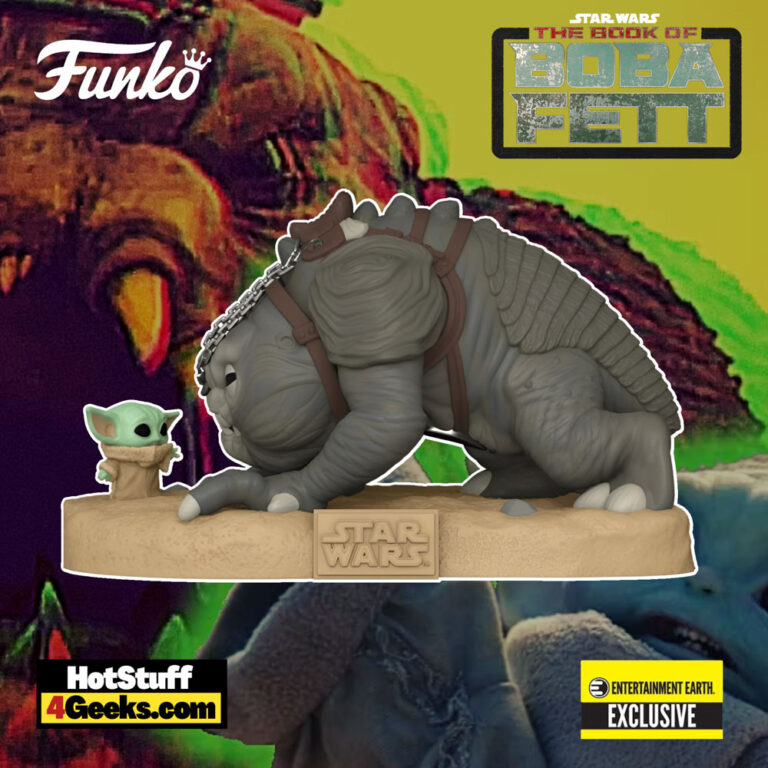 The pop figure was released today for pre-order and can be found at the links below – click to jump or scroll to continue reading!

During the fight against the droids, Rancor, Boba Fett’s pet, makes his appearance.

In typical Mad Max style, Rancor’s big moment finally arrives, with the beast showing its claws in a Godzilla-like version. Yet, courtesy of Cad Bane’s flamethrower, Rancor ran amok and rampaged all over the city.

So, while Fett’s forces were winning the battle against the Pykes, Djarin had to deal with the Rancor.

He tried his best to keep the Rancor under control and almost got eaten in the process had it not been for his Beskar armor. But he ultimately couldn’t keep the beast under wraps.

When Djarin was already battered and beaten by the Rancor, Grogu stepped up to the plate to help his friend.

Grogu with Rancor Funko POP! Moment is an Entertainment Earth Exclusive and can be found below for pre-order (click to jump!) 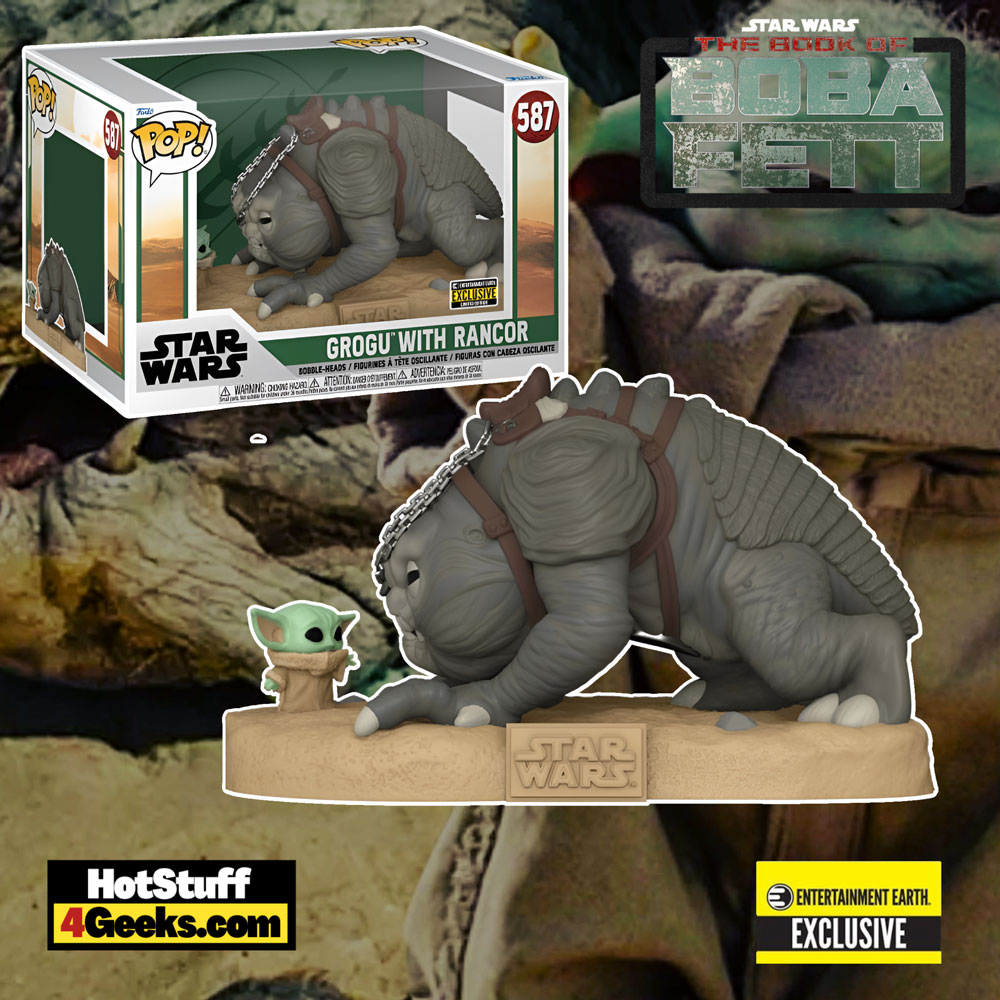 For too long, Star Wars has closely followed the selfless adventures of the Jedi. But far from the reach of the light side lurks a treacherous criminal underworld that finally comes to the fore in Disney+’s new series, The Book of Boba Fett.

And among the most hardened families in the galaxy is the treacherous clan of space slugs, the Hutt, always accompanied by their monstrous guard dogs, the Rancors.

Of all the creatures in the galaxy, have you ever wondered why the Hutts wear Rancors? 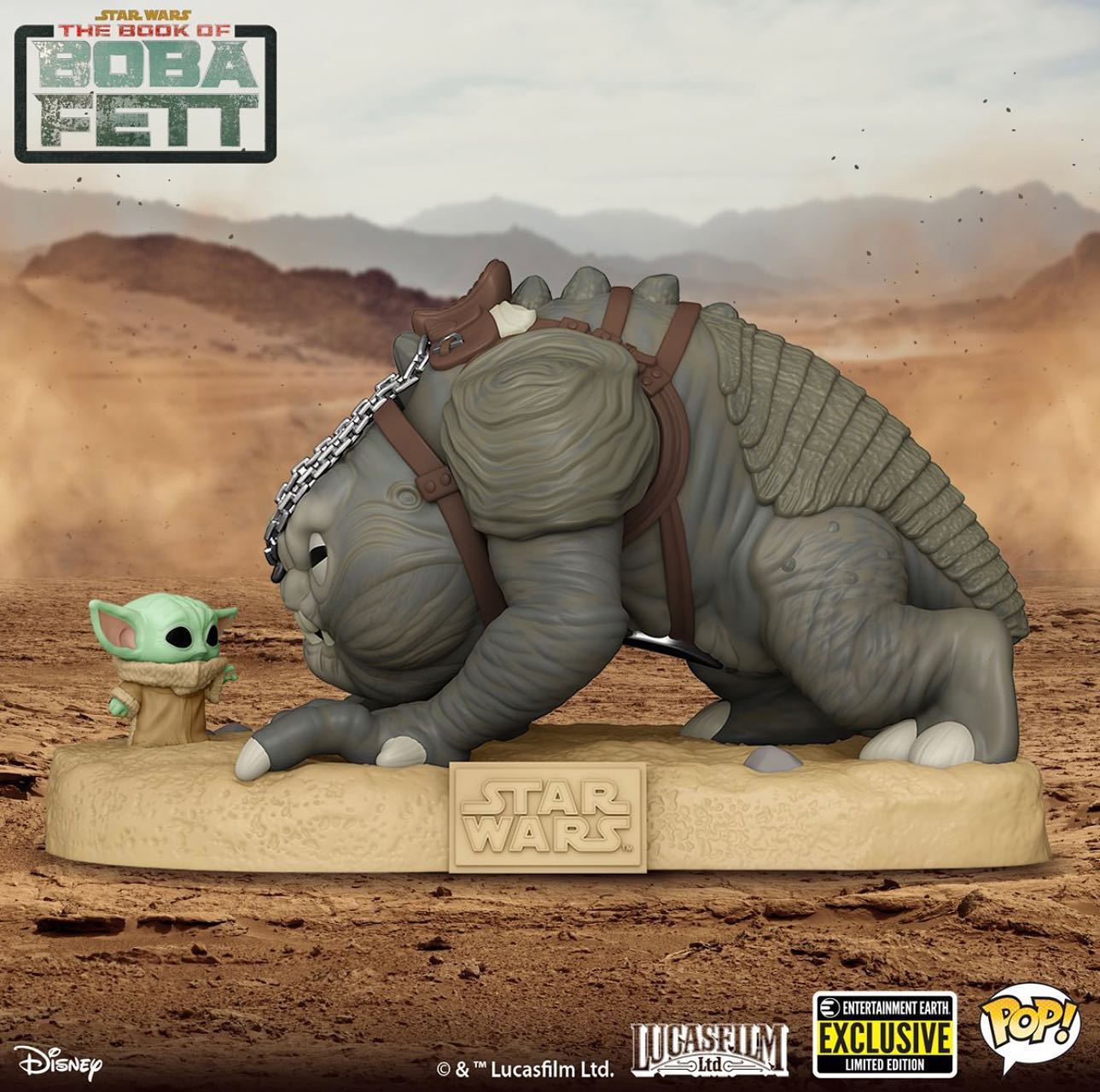 In Star Wars, Rancors are creatures of a quadrupedal alien species from the hostile Planet Dathomir, the homeland of Zebraks like Darth Maul.

Over the course of the films, they have developed a reputation for being impulsive, violent, and bold. All true, in a way, but there is much more beneath their thick skin than just strength.

These monsters also hide a sweet and delicate side. When they are born, they create a great bond of affection with the first creature they see and can do anything to defend it.

Even in Dathomir, there are clans of witches known for riding these beasts into battle. However, they can be very docile if not provoked, and they enjoy affection.

But in the iron hands of the Hutts, Rancors become a tool of power.

Throughout the franchise, it is clear that Hutts use rancors to consolidate their power.

In the first episode of The Book of Boba Fett, the former bounty hunter makes it clear that he does not want to control the criminal world like the Hutts.

Fett wants to rule using respect, and Jabba rules by fear. And much of this fear comes from the bloodthirsty reputation of the Rancors.