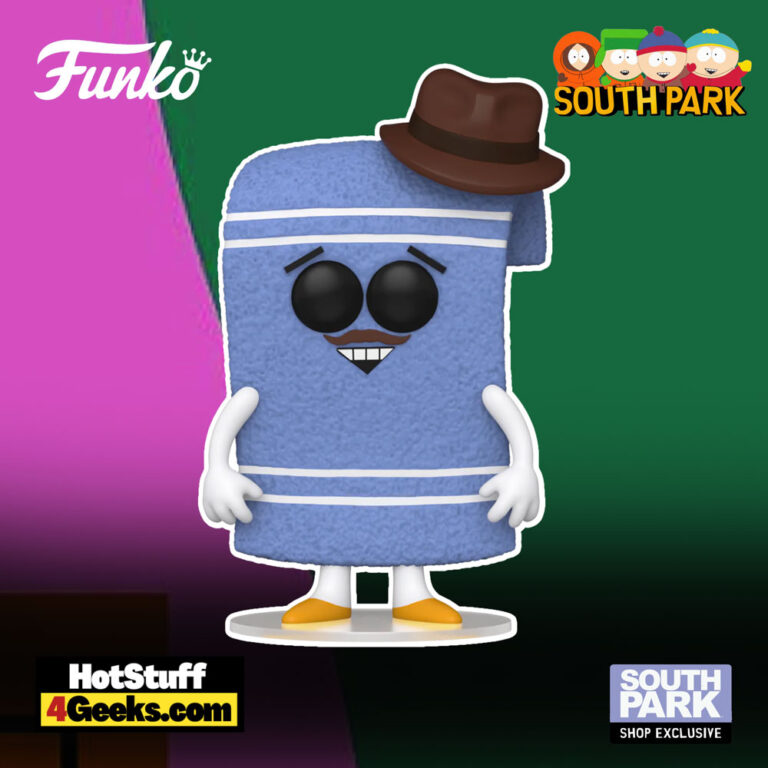 After you finally towel up and pull yourself together, take advantage of your chance to own this 4″ standing representation of Towelie’s alter ego/author, Steven McTowelie, from Season 10, Episode 5, “A Million Little Fibers.”

The classic Funko display box comes with a South Park Shop exclusive sticker of authenticity, and only a select few can come up with a dry enough spot for this crowned beer-loving prince.

So hurry quickly before he disappears in a puff of smoke. There are strictly-limited quantities available, so snag yours today! 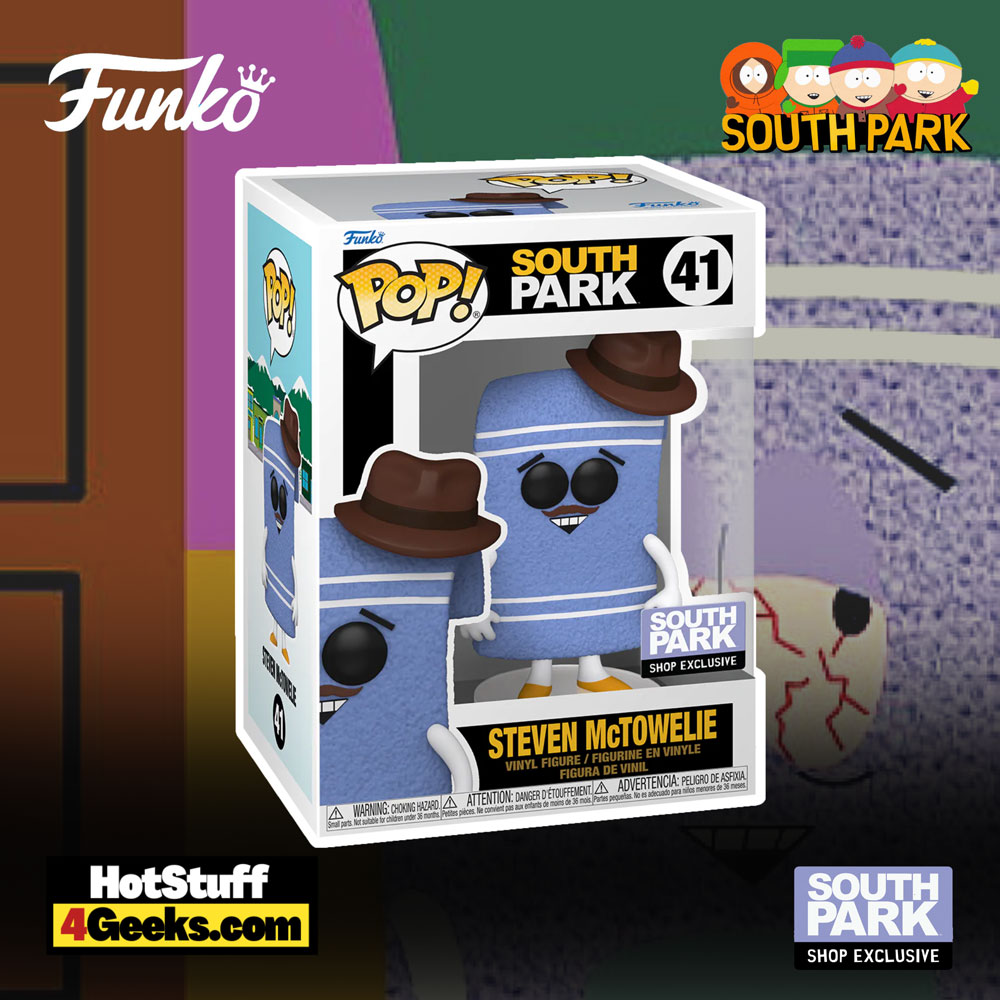 South Park is a popular TV show that has been airing since 1997 and continues to be as hilarious and controversial as ever.

From its focus on pop culture, satire, and even politics, South Park has been pushing boundaries with its edgy humor and blunt commentary.

At the same time, it’s clever writing, simple animation style, and memorable characters ensure it’s just as enjoyable today as it was over two decades ago.

Steven McTowelie is a classic character, to say the least!

Appearing out of nowhere as a towel spokesman and breakout star, Stephen managed to captivate all of South Park with his far-fetched notion that towels come alive when washed.

His wacky antics had the town laughing, followed by utter shock, while they witnessed his unraveling and questioned if they indeed really believed him.

Steven McTowelie is undoubtedly a memorable addition to TV history.

His carefree attitude has made him a favorite amongst fans of the show, who find his straight-faced delivery of jokes extremely entertaining.

With his presence in South Park, Steven McTowelie has brought joy and laughter to many across the world – now that’s one mighty towel!