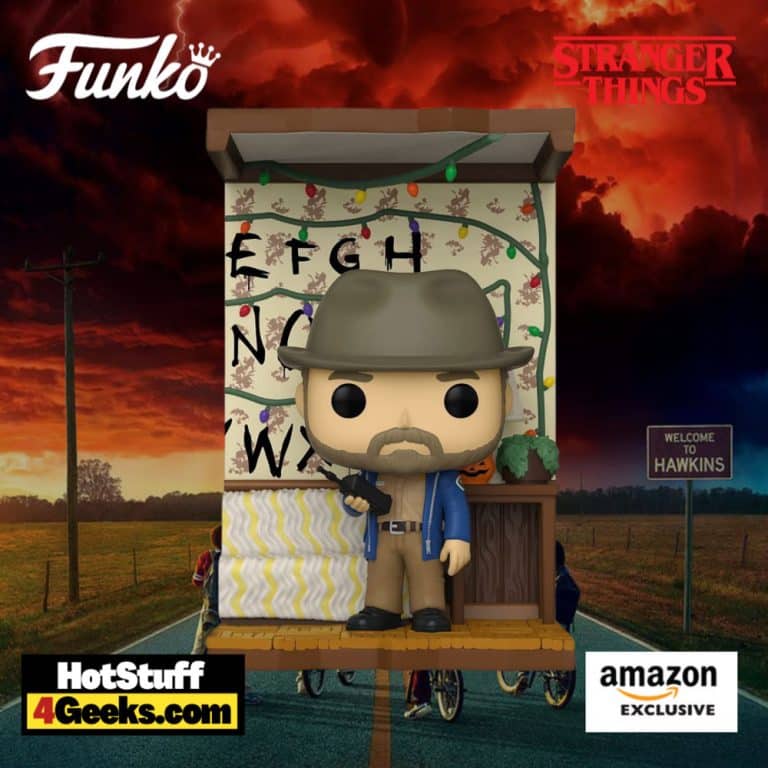 Unveiled today is the new The Hooper Funko Pop! Deluxe Vinyl Figure. This is the last figure from the Stranger Things Build A Scene Collection, exclusive to Amazon.

Stranger Things Pop! Deluxe series comprised of 4 separate figures. Each Pop! Deluxe in this series can be displayed on its own or connected to other figures from the set to bring the Byers House and Upside Down together. 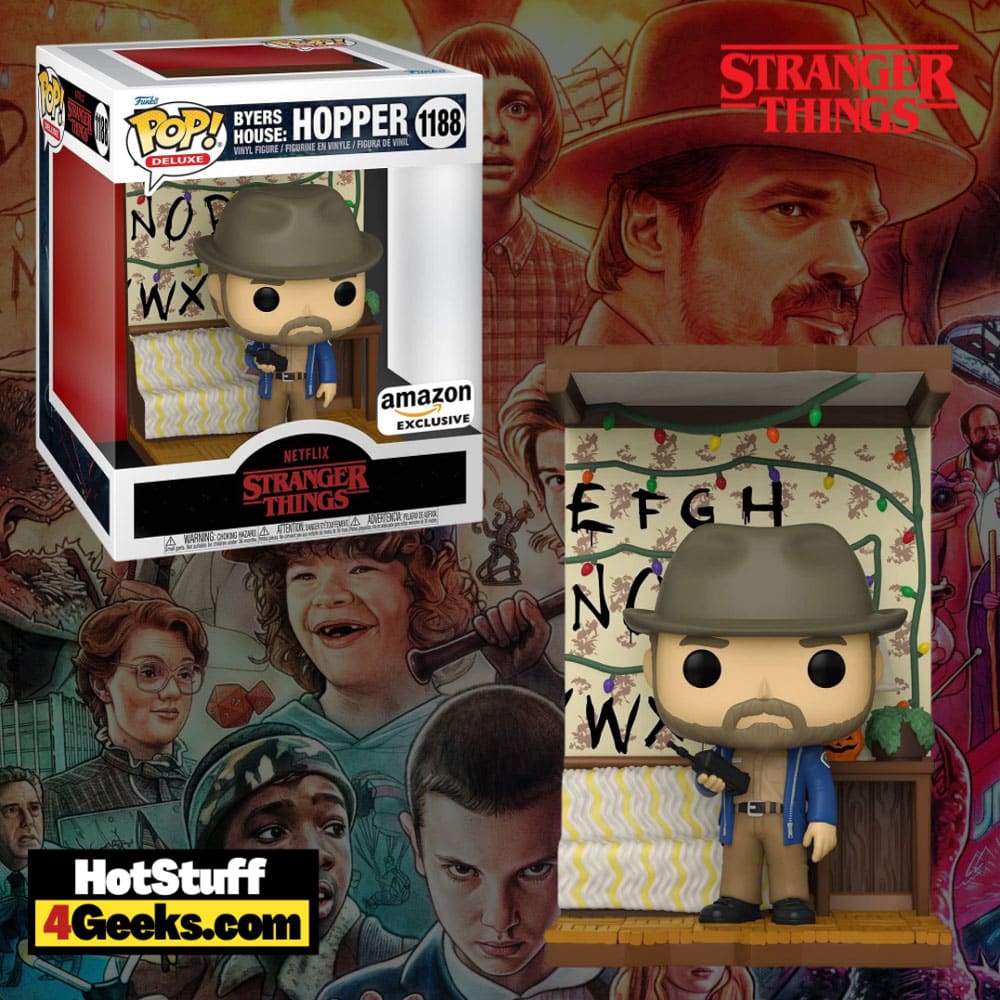 “Mornings are for coffee and contemplation,” says Jim Hopper in one of his first scenes in Stranger Things. The sheriff is presented as a grumpy but big-hearted character in the series but plagued by a sad past.

Played by David Harbour, the detective once had a happy family and a life in New York. In the very first season of Stranger Things, it is revealed that Hopper lost his daughter, little Sara, to cancer when she was only seven years old.

To deal with the grief, Hopper returned to his hometown of Hawkins, Indiana, where he began to lead a carefree but empty life in the years before the events of the series. 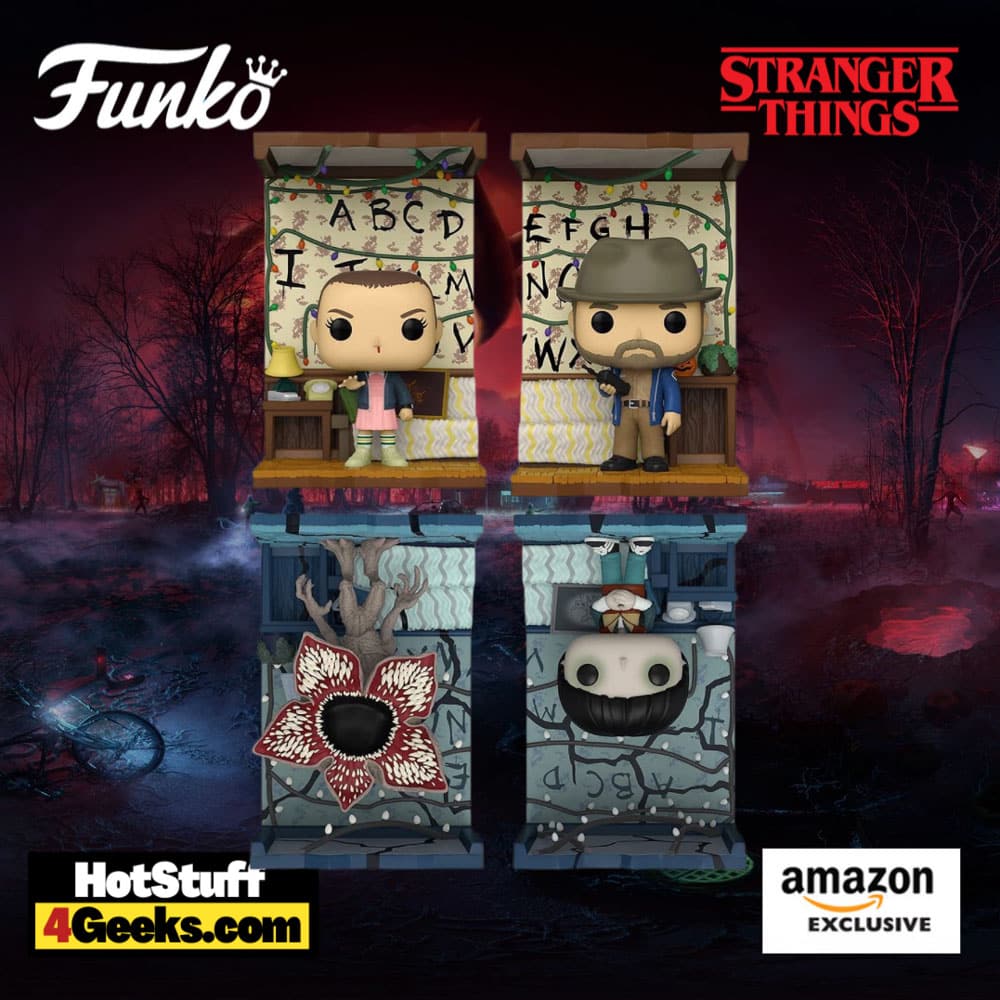 Jim Hopper decided to adopt Eleven at the end of the second season and named her Jane Hopper.

Their relationship was one of the cutest things about the third season and yielded several hilarious moments as the sheriff tried to deal with his teenage daughter and her boyfriend, Mike.

So one of the saddest moments of the series is when, after defeating the “Terminator,” Hopper is trapped in the portal room and Joyce is forced to destroy the place.

His death is left undetected, and Eleven finds a touching letter from her foster father in which he tells her what he hopes for her future.

However, after bringing many viewers to tears, it was revealed in the post-credits scene and in a teaser released last year that Hopper is very much alive. Somehow he has ended up in a Russian prison, where he seems to be doing forced labor.