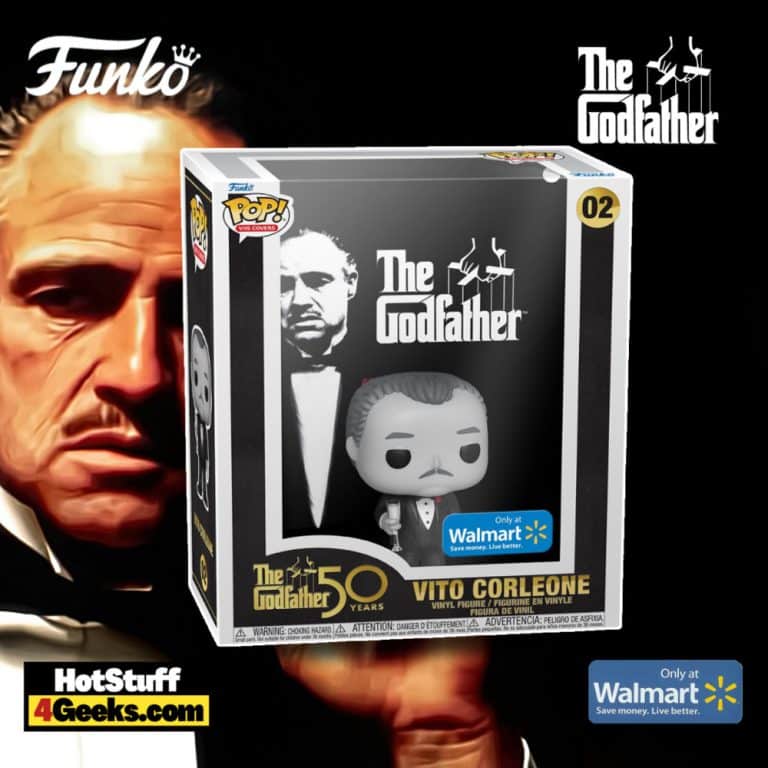 The pop figure is available at the links below (click to jump!)

Half a century later, The Godfather persists as a great metaphor about the contradictions of power and a “Shakespearean” tragedy about a Mafia family – with his film, Francis Ford Coppola changed Hollywood history.

Based on Mario Puzo’s novel, the narrative tells us the life story of Don Corleone, the head of the Corleone Family and leader of the Mafia.

Regarded as one of the best films ever made, it had 10 Oscar nominations, winning three: Best Picture, Best Leading Actor, and Best Adapted Screenplay.

And it’s no exaggeration to say that the film changed the history of cinema – the opening scene remains one of the best and most iconic openings on the screen after half a century of existence.

The Walmart exclusive The Godfather VHS cover Funko Pop! is now available for pre-order at the links below (click to jump!) It’s expected to be released in August 2022. 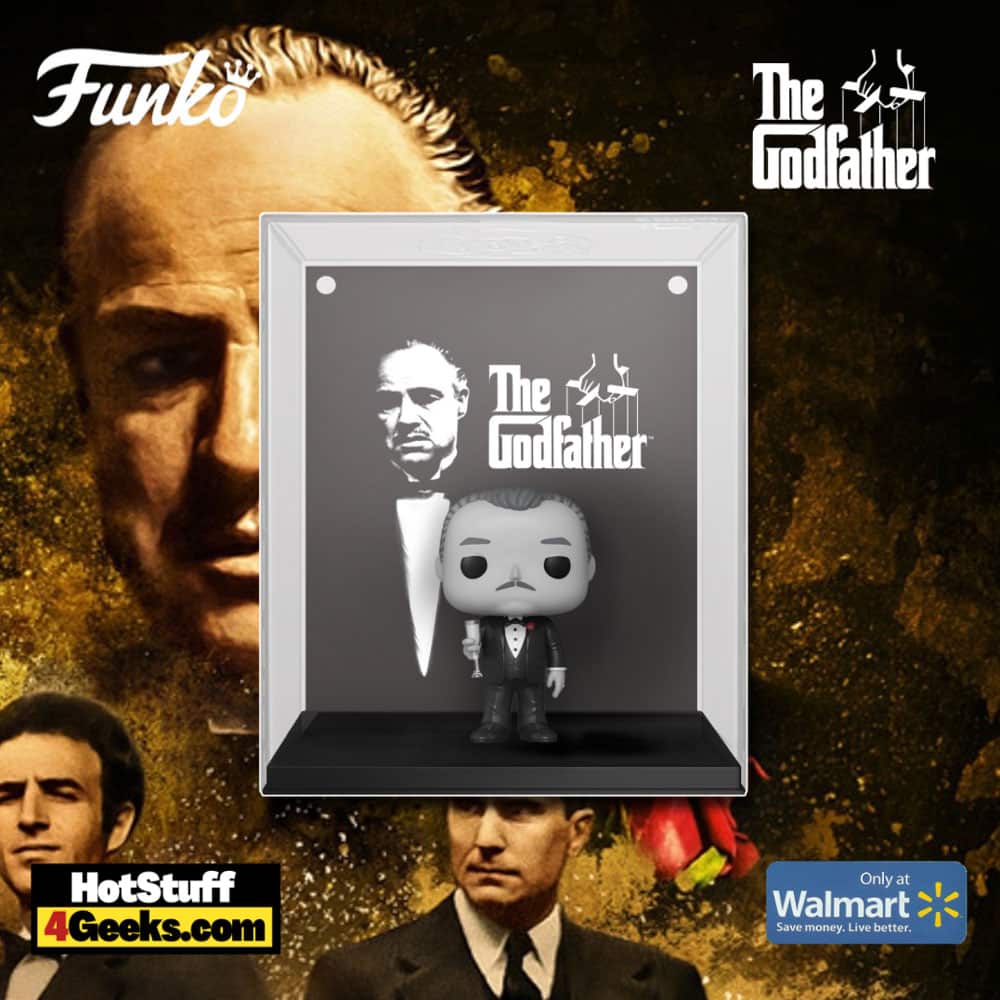 The theme song from the movie The Godfather is in everyone’s unconscious. It can paralyze your breath in a tone that mixes tenderness and terror for a few seconds.

This is the mood in the Corleones’ house when the saga’s first film begins. The first thirty-five minutes of the film reveal the delicate web of relationships that will unfold throughout the trilogy.

The wedding of Don Corleone’s daughter is the perfect setting for the whispered conversations with the Godfather. In a secluded room, life and death decisions are made in an almost confessional atmosphere.

At the same time, the younger son’s new girlfriend is introduced to that cozy family. She finds everything unshakable, comfy, and almost indestructible, but throughout the plot, she realizes that it was not a family like the others.

She will be the person who witnesses how the Corleones deal with their friends’ lack of loyalty and what the high emotional (and moral) cost of the kind of “service” they provide to their community is.

More The Godfather pops can be found here.