2022 NEW The Sopranos Funko Pops from the TV Show 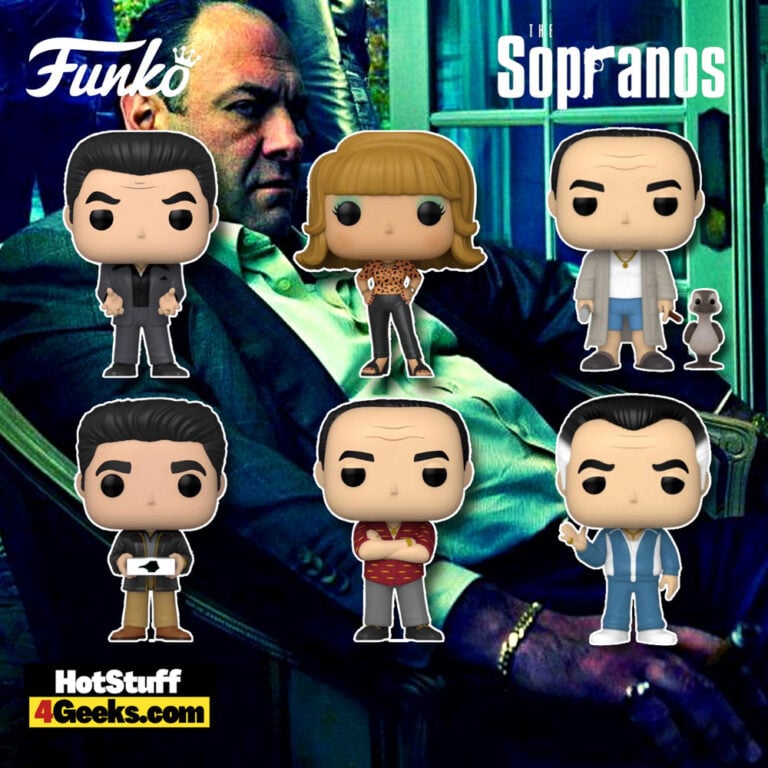 Suppose you’re a fan of the HBO series The Sopranos. In that case, you’re definitely going to want to check out The Sopranos Funko POPs unveiled today and inspired by the show’s iconic characters, and they’re guaranteed to add some retro cool to our collection.

So grab your favorite beverage, sit back, and enjoy this sneak peek at all the amazing new pops coming our way! The pop figures are now available for pre-order at the links below – click to jump or scroll to continue reading!

The long-awaited Sopranos Funko pops are finally coming, and fans of the show can’t wait to get their hands on them.

The set includes six figures, each based on a different character from the show.

There’s Tony Soprano, of course, as well as his wife, Carmela. Other cast members include Paulie Walnuts, Christopher Moltisanti, and Silvio Dante.

Each figure is decked out in the iconic style of the show, complete with suits, fedoras, and serious expressions. Here’s The Sopranos pops full detailed list:

So make sure to grab your own set of Sopranos Funko pops when they hit shelves later this year!

The Sopranos Funko Pop! Vinyl Figures are now available for pre-order at the links below (click to jump!) They’re expected to be released in November 2022. 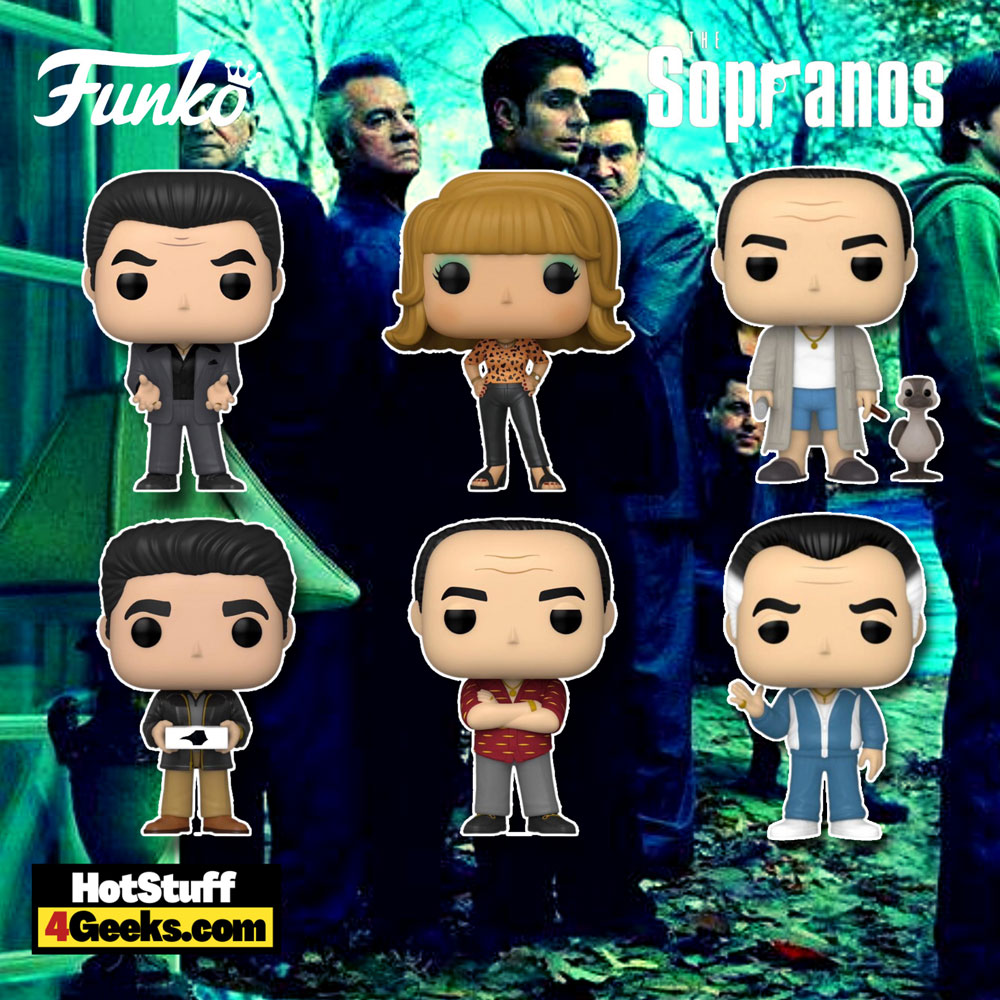 The American television fiction series The Sopranos premiered on the HBO cable channel on January 10, 1999, and became a big hit right away.

The show was created by David Chase and starred James Gandolfini as Tony Soprano, a middle-aged man who struggles to balance his home life with his role as the head of a New Jersey Mafia family.

The show was praised for its writing, acting, and direction and won numerous awards, including the Emmy Award for Outstanding Drama Series. 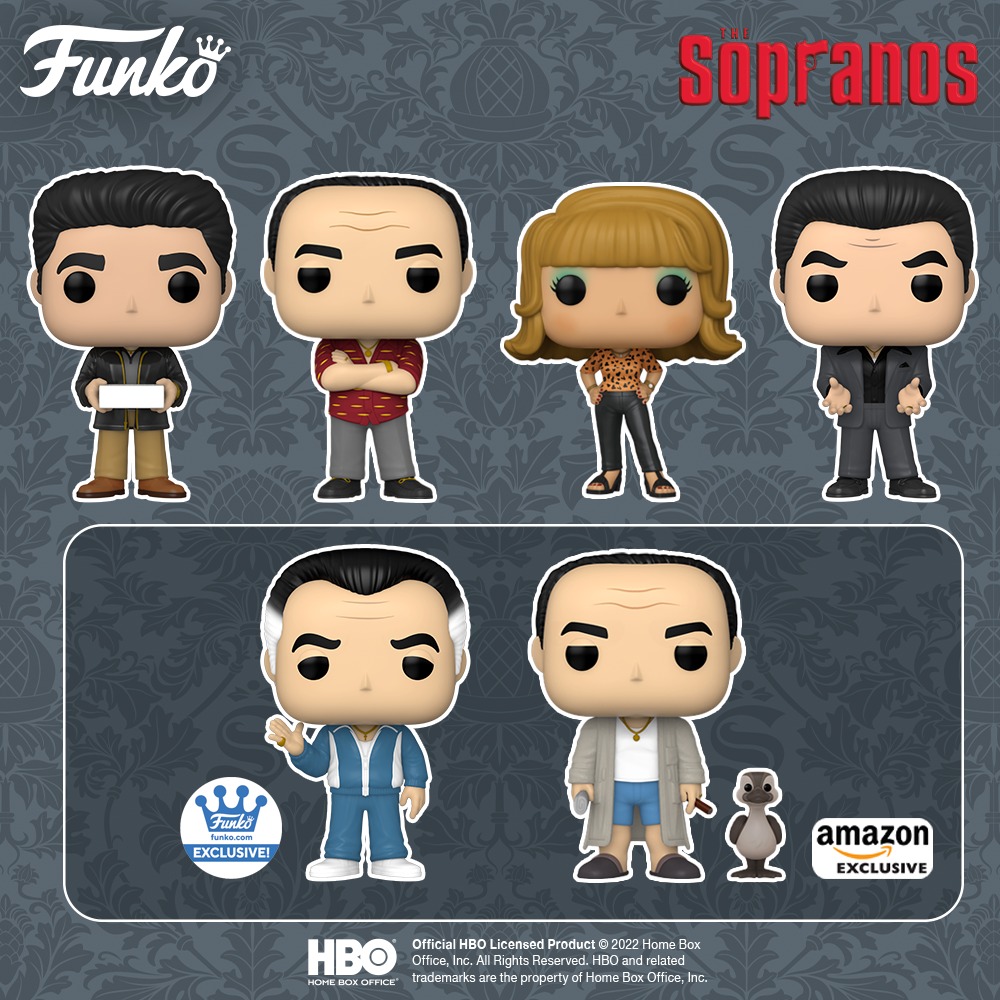 The Sopranos is often hailed as one of the greatest TV shows of all time, and it’s not hard to see why.

The show’s deep exploration of family, loyalty, and morality is endlessly fascinating, and the nuanced performances by the cast are nothing short of brilliant.

Add a healthy dose of black humor, and you’ve got a recipe for television greatness.

Of course, The Sopranos is also notorious for its brutal violence, explicit language, and a general aura of menace.

But that’s all part of the show’s appeal. It’s a dark and dangerous world, and The Sopranos brings us right into the middle of it.

It’s no wonder we can’t get enough of it.