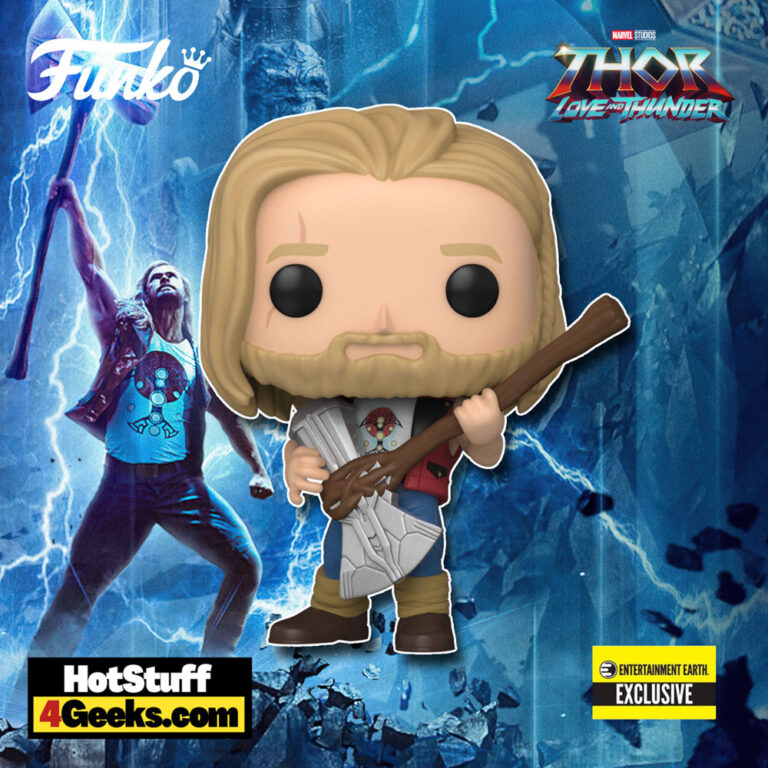 In the movie, Thor must wield his mighty Stormbreaker against Gorr the God Butcher, the terrifying new foe.

This Funko Pop! shows Thor in his ravager gear and armed with his enchanted ax – making him an unstoppable force to be reckoned with.

Thor: Love and Thunder was the long-awaited sequel to the 2011 film Thor.

Thor (Chris Hemsworth) is dealing with a mid-life crisis in this installment. He’s more than 1500 years old and starting to feel his age.

To find some answers, Thor embarks on a journey of self-discovery.

He’ll visit other gods, reconnect with his beloved Jane Foster (Natalie Portman), and meet a new adversary: Gorr, the Kingslayer of the Gods.

However, Thor isn’t the only one going through changes. Mjolnir’s hammer has been destroyed, and Jane Foster is now wielding its power.

As Thor struggles to come to terms with these changes, he’ll have to decide what kind of god he wants to be.

The Entertainment Earth Exclusive Ravager Thor Funko Pop! is now available for pre-order at the links below (click to jump!) It’s expected to be released in September 2022. 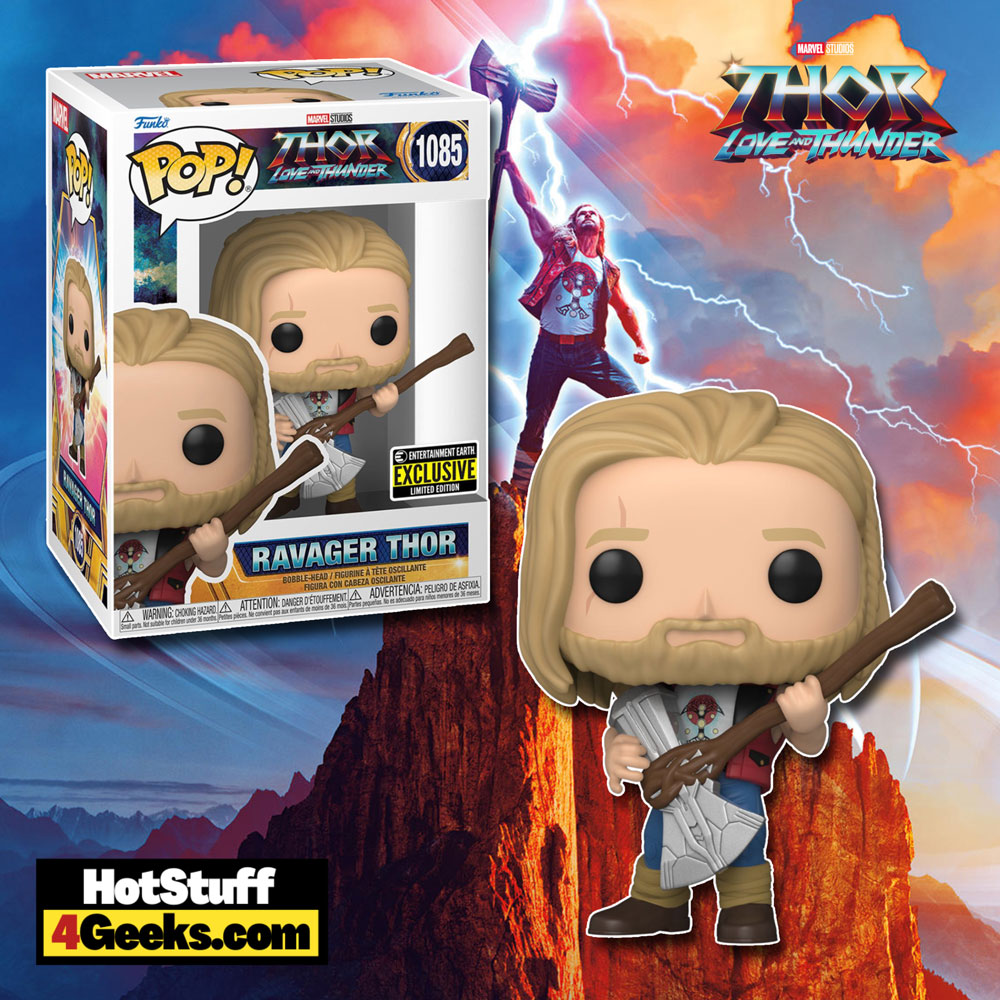 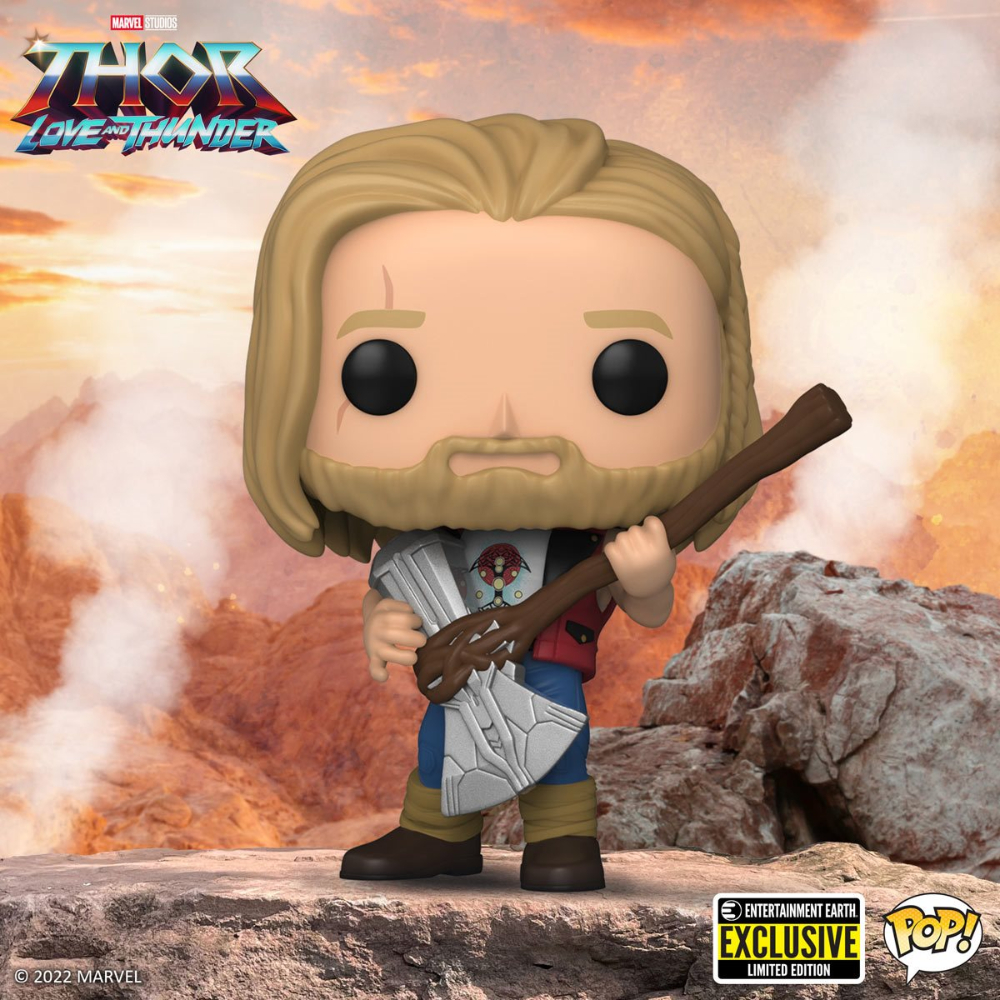 Now playing in theaters nationwide, Thor: Love and Thunder has entertained fans with its comedic and action scenes featuring the superhero played by Chris Hemsworth.

But the film also has moments of romance and drama in a story that brings back into Thor’s life an old love: Jane Foster.

But the title Love and Thunder goes beyond giving fans an idea of the plot and the Asgardian god’s involvement with the scientist. The name for Thor’s fourth film is also related to the events and revelations at the end of the feature film.

In the final part of the movie, there are some pivotal moments when the villain Gorr manages to reach the gates of Eternity.

Gorr can make the request he sought in his mission: to kill all the universe’s gods. But upon seeing Thor and Jane’s love, the weakened villain decides to ask Eternity to bring his daughter back to life.

At this point, Gorr rightly asks Thor to take care of the girl because he knows he is dying. He says goodbye to his daughter and dies.

Thor, the God of Thunder, assumes the role of the girl’s father and starts calling her Love. He teaches Love how to fight evil since.

Together, the two form a powerful duo that becomes famous throughout the universe: Love and Thunder.