In the world of Naruto, characters can use many powerful jutsu (ninja techniques) to give them an edge in battle.

One of the most powerful techniques is Tsunade’s Creation Rebirth. This technique allows Tsunade to cheat death effectively by using her own life force to revive herself.

For one thing, every time Tsunade uses Creation Rebirth, her lifespan is shortened by a few years.

Additionally, the technique can only be used in very desperate situations, as it requires a massive amount of chakra (ninja energy).

The AAA Anime exclusive Tsunade (Creation Rebirth Mode) Funko Pop! is now available for pre-order at the links below (click to jump!) 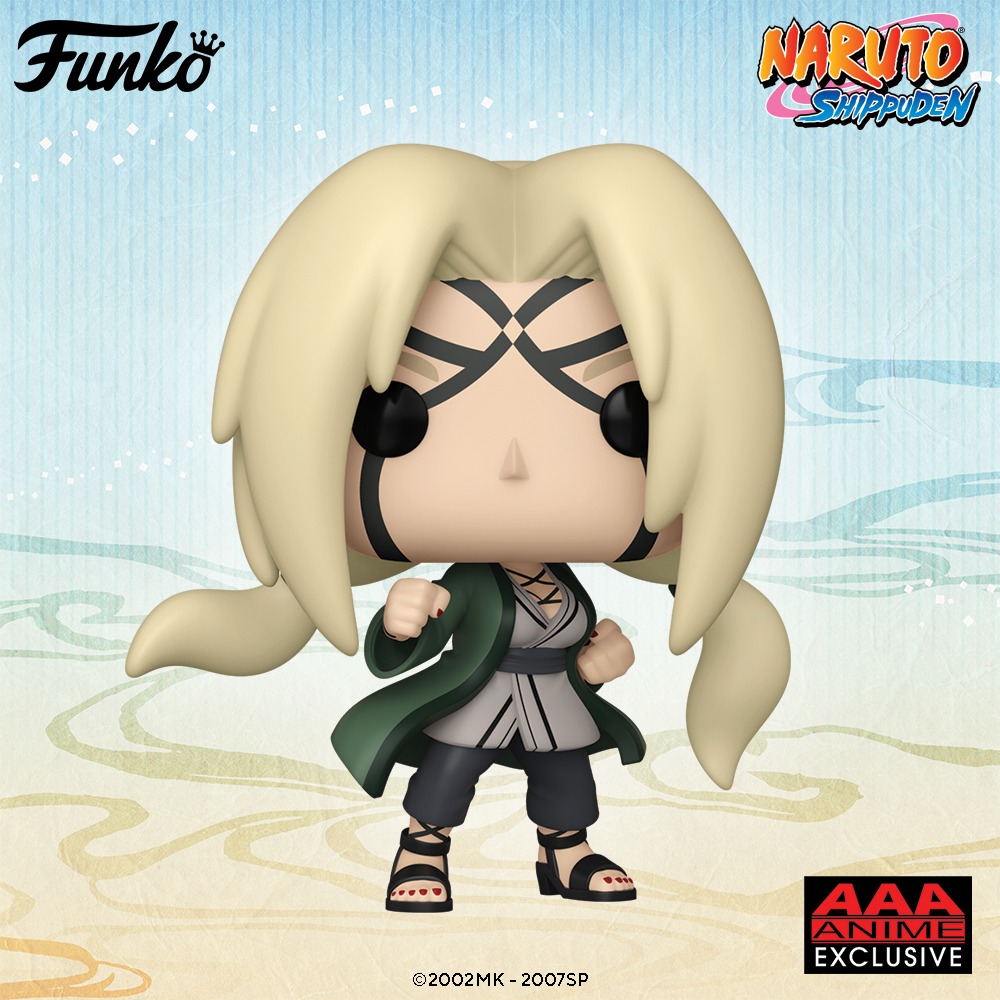 As one of the first female characters introduced in Naruto with a unique strength, Tsunade Senju is one of the most exciting kunoichis in the anime, possessing a dense, painful trajectory worthy of the attention of all fans of the work.

Tsunade Senju carries the surname of the clan of her grandfather and founder of Konoha but is also a descendant of the Uzumaki clan.

As a student of Hiruzen, Tsunade became an excellent ninja, which earned her the title of sannin and the world’s most powerful kunoichi.

Being a descendant of the Senju and Uzumaki clans, the fifth Hokage has enormous chakra reserves, so much so that she began to store a reserve of it in a seal on her forehead.

Throughout Naruto, Tsunade has also shown herself to have incredible physical strength.

So much so that she was able to break the ground in half with a single finger, break Jiraiya’s ribs and arms, damage some of his organs, and even break Susanoo’s barriers with a few blows.

The character became very well known because of her medical ninjutsu, which also made her considered the most powerful medical ninja in the world, and she has accomplished some impressive feats.

Her most famous technique is the Ninja Art of Creation Rebirth, in which she uses her vast reserves of chakra to heal any injury she receives instantly.

However, she should only be used as a last resort, as her life span decreases a little with each use.

Tsunade can also summon the slug Katsuyu to help her in battles. Furthermore, despite being introduced in the story in her 50s, the kunoichi uses the Transformation Technique permanently to maintain a youthful appearance.

She only stops using it if she runs out of chakra.