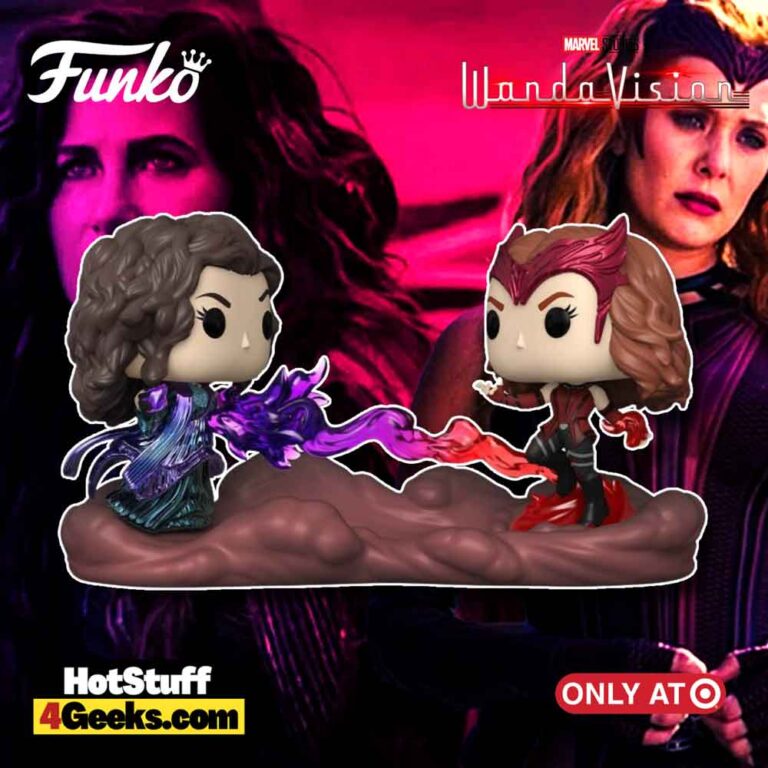 The final episode of Wandavision left fans with a lot to discuss, but one of the most talked-about moments was the showdown between Wanda and Agatha.

And now, there’s a Funko Pop inspired by that scene!

The new Funko POP! Moment: Marvel Wandavison – Wanda vs. Agatha Funko Pop! Vinyl Figure (Target Exclusive) is an excellent representation of the character’s power, and it’s sure to be a hit with show fans.

In the latest episode of Wandavision, Wanda and Agatha finally come face-to-face.

It’s a long-awaited confrontation and one that has been brewing since Agatha first arrived on the scene.

From the beginning, it was clear that Agatha was up to no good, but Wanda was too wrapped up in her own problems to notice.

With Agatha’s true colors revealed, it’s time for a showdown.

The two powerful magical women went toe-to-toe in an epic battle that left viewers on the edge of their seats.

From beginning to end, it was clear that these two were evenly matched. However, in the end, it was Wanda who emerged victorious.

Wanda vs. Agatha Funko Pop! Moment is now available for pre-order at the links below (click to jump!) 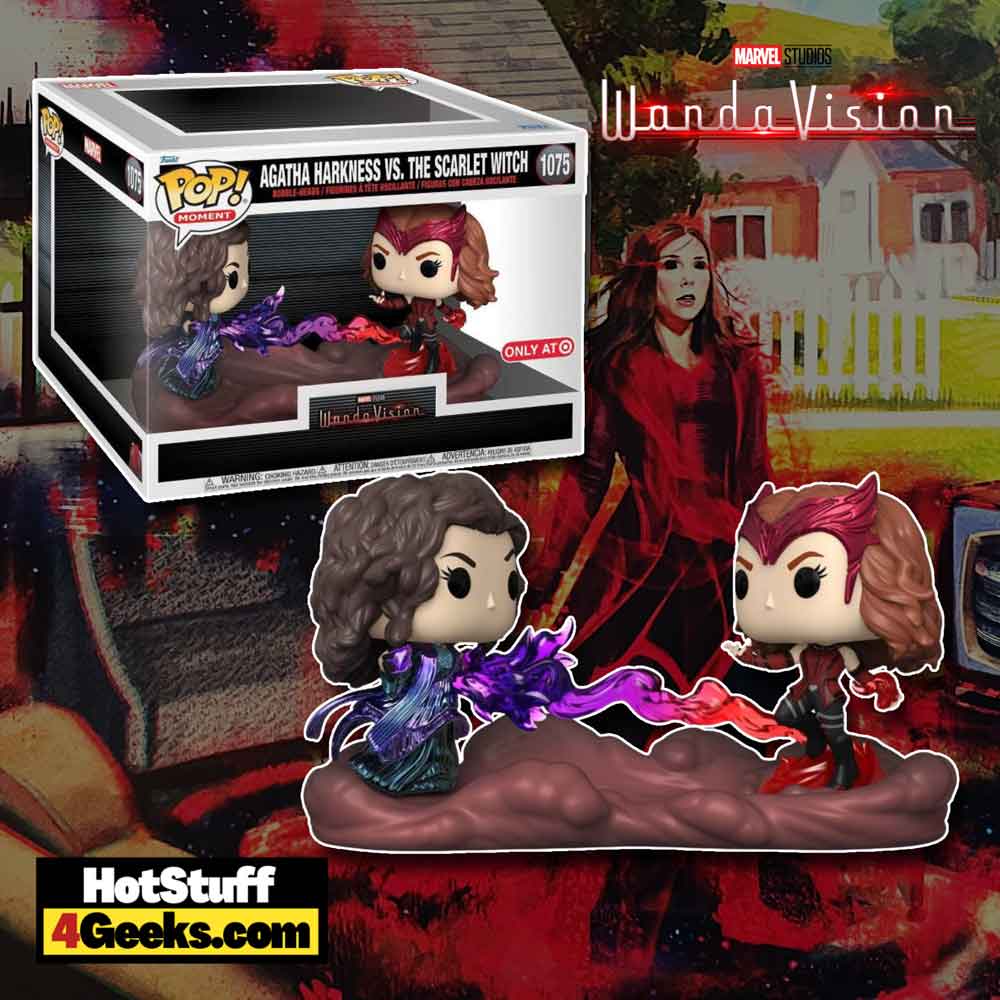 As soon as the episode begins, Wanda starts a battle against Agatha Harkness.

The avenger tries to manipulate the witch mentally, but this does not work. The clash needs to be physical.

Wanda pretends to yield her powers to Harkness, who absorbs everything she can.

But it’s all just a plan by the heroine who was distracting the villain from making runes in the “hex” and blocking the enemy’s powers.

At this moment, Wanda finally accepts who she is, and we have one of the most iconic scenes of the entire series.

She absorbs all of her power back, weakening Agatha, while at the same time, her costume changes, and she officially becomes the Scarlet Witch.

However, the curious thing about this look is that it is not as “new” as many fans think.

In 2015, concept art from Avengers: Age of Ultron showed costumes very similar to this one, hinting that Marvel Studios may have reused those discarded designs in the series.

With Agatha defeated, Wanda transforms her back into “Agnes,” leaving her behind.