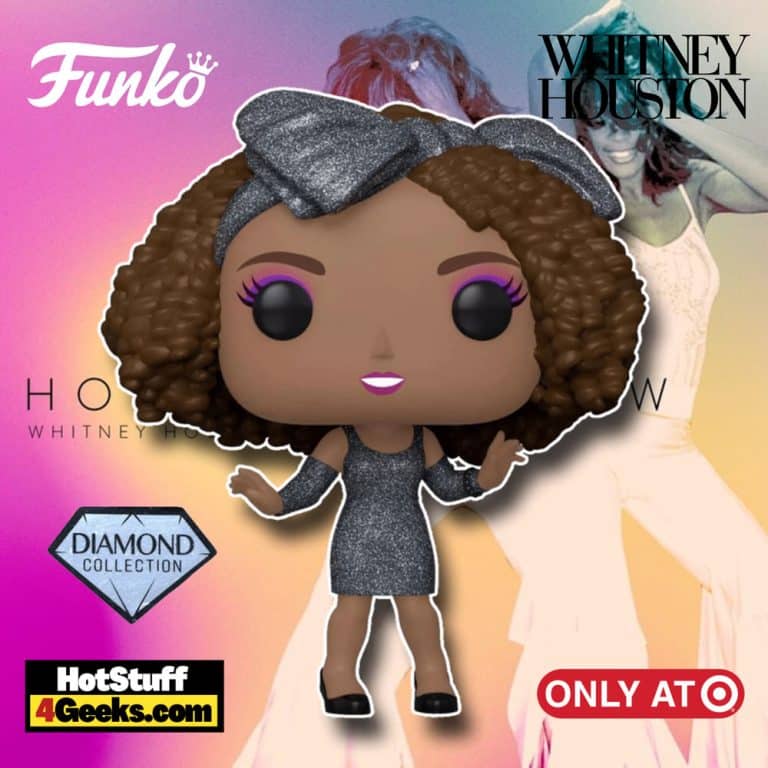 The platinum single became Houston’s second to top the Billboard 100 chart in 1986, and the resulting music video earned her her first MTV VMA award for Best Female Music Video in the same year.

No other artist has managed to be number one on the best-seller list in the United States for nine consecutive times, as was the case with Whitney Houston. Not Elvis, not The Beatles, not Michael Jackson. And probably no one has combined such an imposing physical presence and charm with a voice of such magnitude as Houston.

Established as one of the greatest voices of all time, Whitney Houston raised music standards and is remembered as a singer who made history.

the Target Exclusive, Whitney Houston Diamond Glitter Funko Pop! is now available for order at the links below (click to jump!) 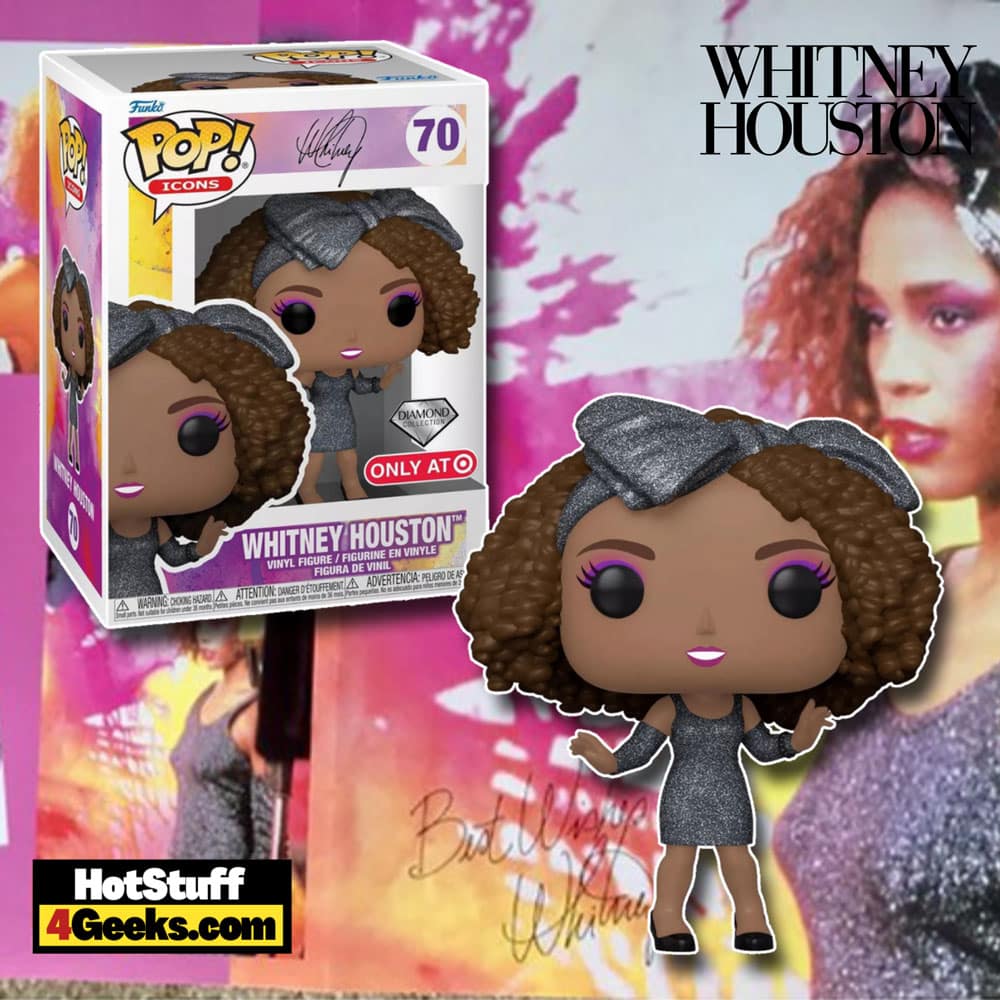 According to Guinness World Records, Whitney Houston was the most awarded artist of all time. Her list of awards includes two Emmy Awards, six Grammy Awards, thirty Billboard Music Awards, and 22 American Music Awards, for a total of 415 awards won in her career up to 2010.

Whitney Houston was also one of the most successful artists in the music world, having sold more than 200 million copies worldwide.

After she began performing alongside her mother in nightclubs in New York City, she was discovered by Clive Davis, manager of Arista Records.

Whitney Houston has released six studio albums and three soundtrack albums, all of which have been certified diamond, multi-platinum, platinum, and gold by the Recording Industry Association of America (RIAA).