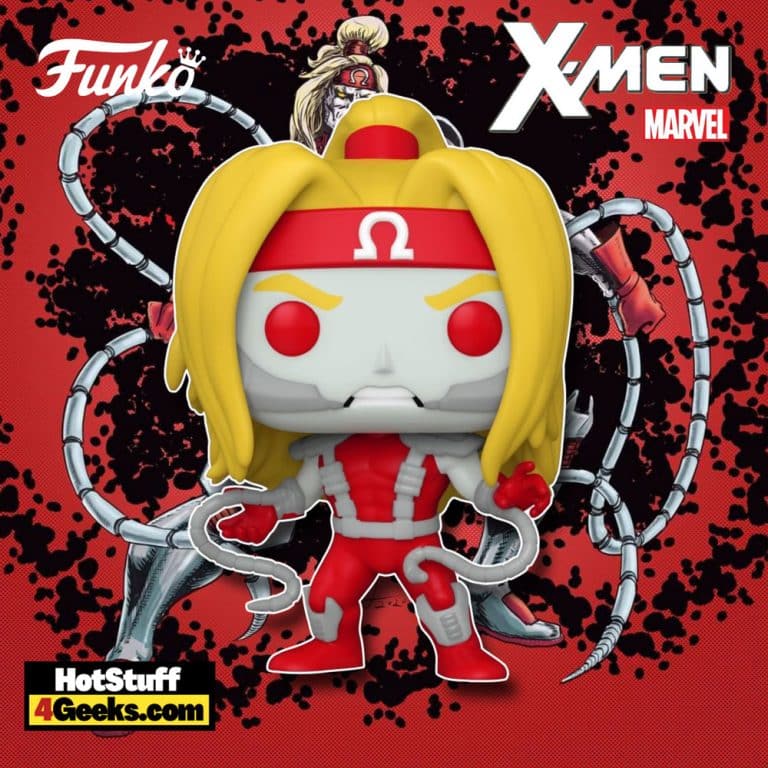 The Red Omega, whose real name is Arkady Rossovich, made his debut in 1992 in X-Men issue 2 and was a Russian mutant psychopath used as an assassin by the Soviet government during the Cold War.

Possessed of a disturbed mind, he breaks out of the Soviet government’s control.

He begins to kill indiscriminately around Europe until he is arrested by Interpol agent Sean Cassidy, the future Banshee.

After this arrest, his home government enhanced his body, turning him into the Red Omega.

His original mutant gift is the ability to emit lethal pheromones, also known as “death spores,” into the air.

This causes the victim to begin to wither away in power, known as the Death Factor.

The Walgreens exclusive, Omega Red Funko Pop! is now available at the links below (click to jump!) 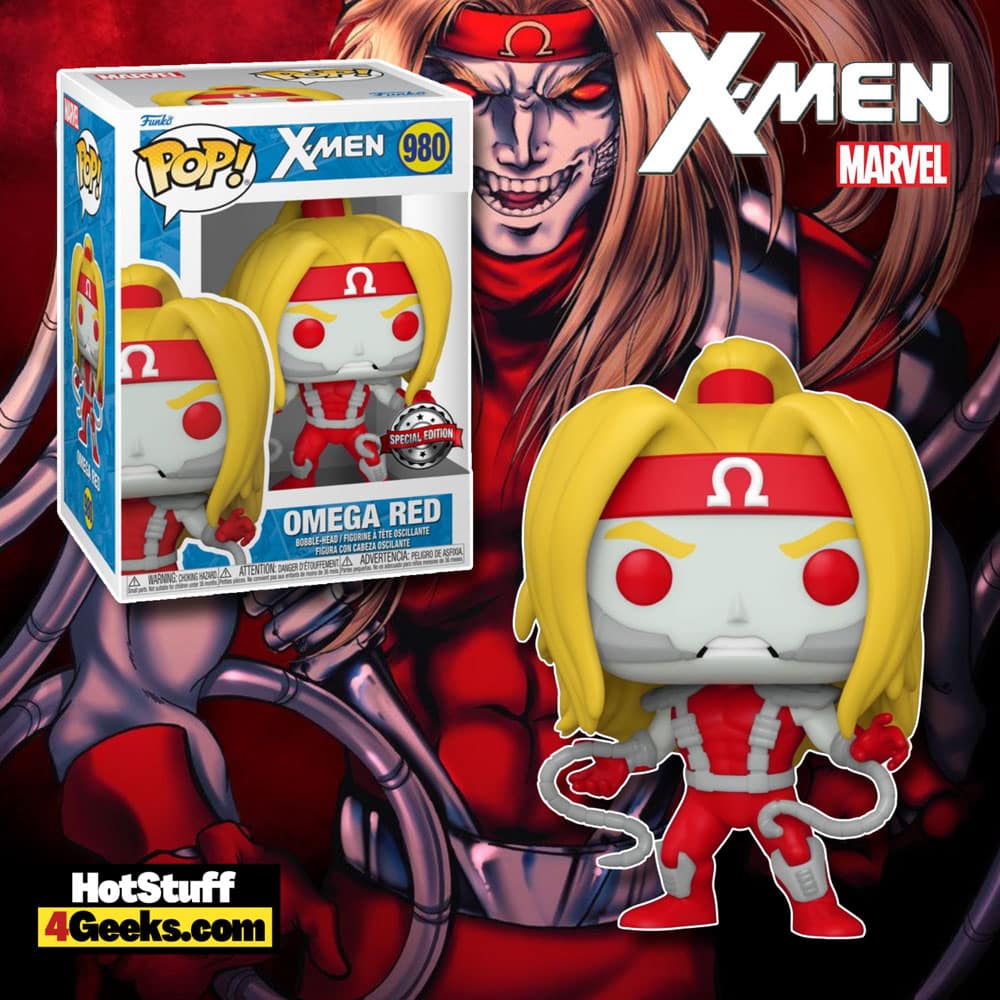 At the peak of the Cold War, the Soviets saw Arkady Rossovic transform into the super-soldier Omega Red.

With his virtually indestructible tentacles and a Death Factor capable of killing by mere proximity, Omega Red was uncontrollably terrifying.

His creators locked him in a cryogenic chamber, where he remained until today, when a criminal faction, The Hand, awakened him to fight Wolverine and the X-Men.

Most recently, in X Lives of Wolverine, we see the famous Canadian hero traveling through time to defend a critical historical mutant figure.

At the same time, the dangerous Omega Red tries to kill him in the past to impact the present directly.

Its first issue has already been published in the United States. So we finally have the revelation of which historical figure Logan needs to save: Professor X himself.

Omega Red intends to destroy the mutant’s dream before he even has his students and create the entire nation of Krakoa, where young mutants from all over the world can live in peace.