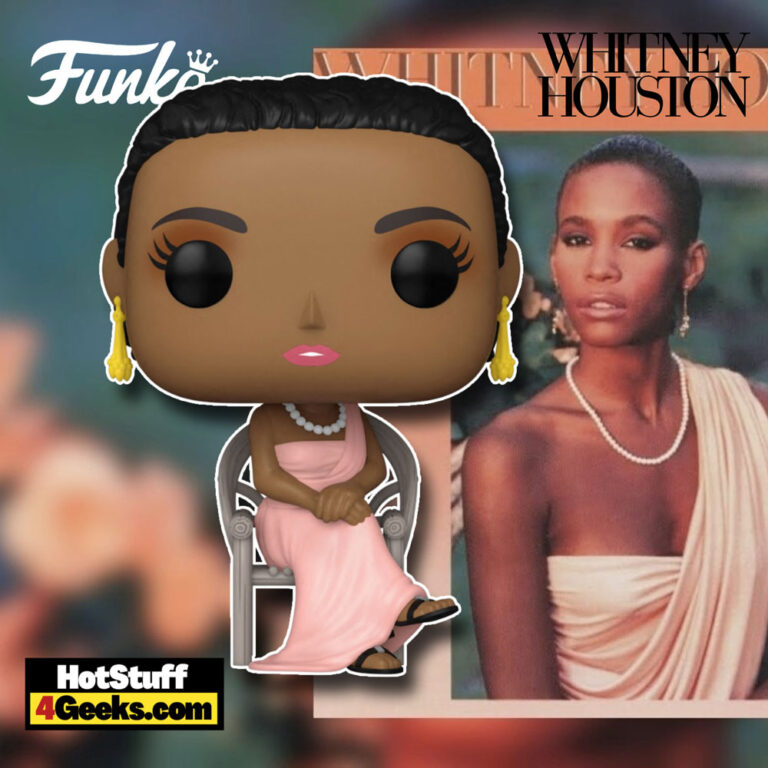 Whitney Houston is, without a doubt, an album to listen to and listen to over and over again.

It is one of the singer’s great masterpieces, as it is a project that varies between the most tender ballads and the most upbeat songs to dance to or sing in the shower in a very well-thought-out melodic line.

An album and an artist that never died, it has remained in history and will remain forever.

Whitney Houston in Debut Outfit Funko Pop! is now available for pre-order at the links below (click to jump!) 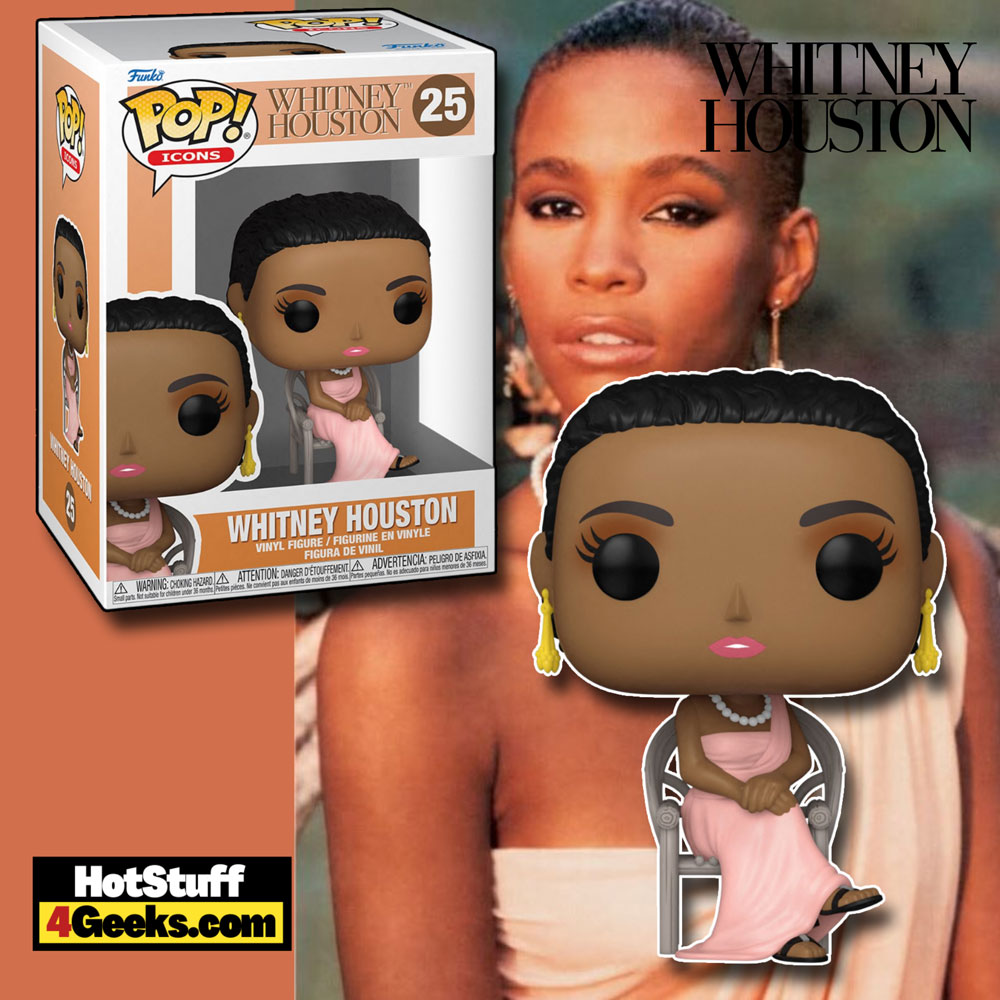 Released in February 1985, the self-titled Whitney Houston was the first studio album from the queen of ballads and awards. Within R&B, Soul, and Dance Pop genres, the project was soon a hit around the world.

The album’s remarkable success included platinum records around the globe, as well as several golds and two diamond records in the United States and Canada.

With all these ratings and awards, Whitney Houston would also become the harbinger of what was yet to come: the beginning of a fantastic golden career. 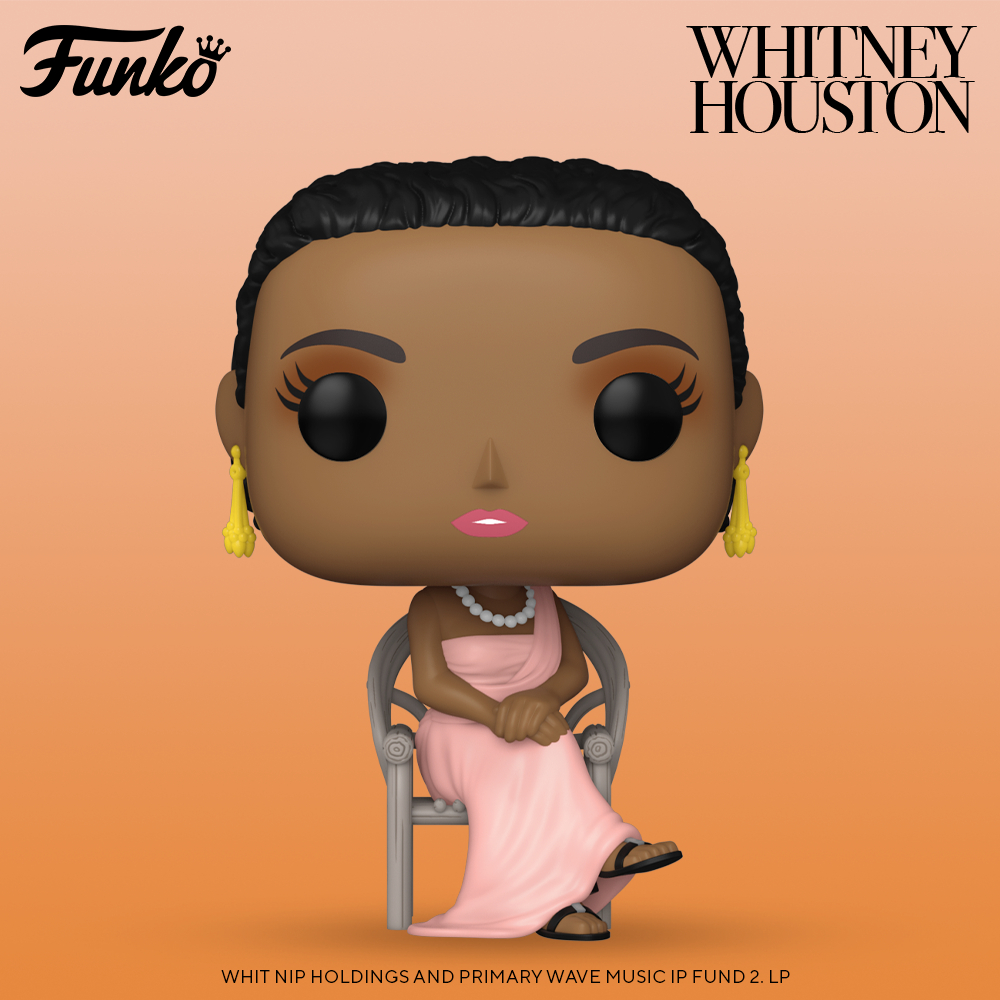 “You Give Good Love” is the first track. It lies somewhere between Soul and R&B and is accompanied by angelic voices and the artist’s sweet voice.

“Saving All My Love For You” is, to this day, one of the singer’s most memorable and famous songs.

A bit more folk-oriented, the single is not at all unlike her style and is hardly out of anyone’s mind due to its undulating rhythm and Whitney’s completely mesmerizing and fantastic voice.

Further on, “How Will I Know” is perhaps the song on the entire album that makes the most difference, as it strays a bit into the electronic dance style.

With a catchy beat, it invites everyone to dance, or at least tap their feet, both for fun and for the almost sequential lyrics and the singer’s voice.

Again, this single was very well thought out, as it extended the album to the “MTV generation,” which secured the artist the award for Best Female Video at the MTV Video Music Awards.

“The Greatest Love of All” is perhaps the greatest single from the album. The ballad has a fantastic instrumental that Whitney’s voice manages to make even better.

With a crucial and beautiful message that teaches us that the greatest love of all is within us and that being so, “it’s easy to reach.”

It was also the song on the entire album that won the most awards: Recording of the Year (Grammys) and Favorite Soul/R&G Video Single (AMA), and was also nominated for Best Female Single (Soul Train Music Awards).

The album ends with the track “Hold Me,” a duet with Teddy Pendergrass. The ballad makes the project end the same way it began: in a calm and gentle atmosphere.

This track is so sweet and so cared for that it ends up almost like a lullaby and is reminiscent of Disney’s songs and musicals written by Andrew Lloyd Webber.