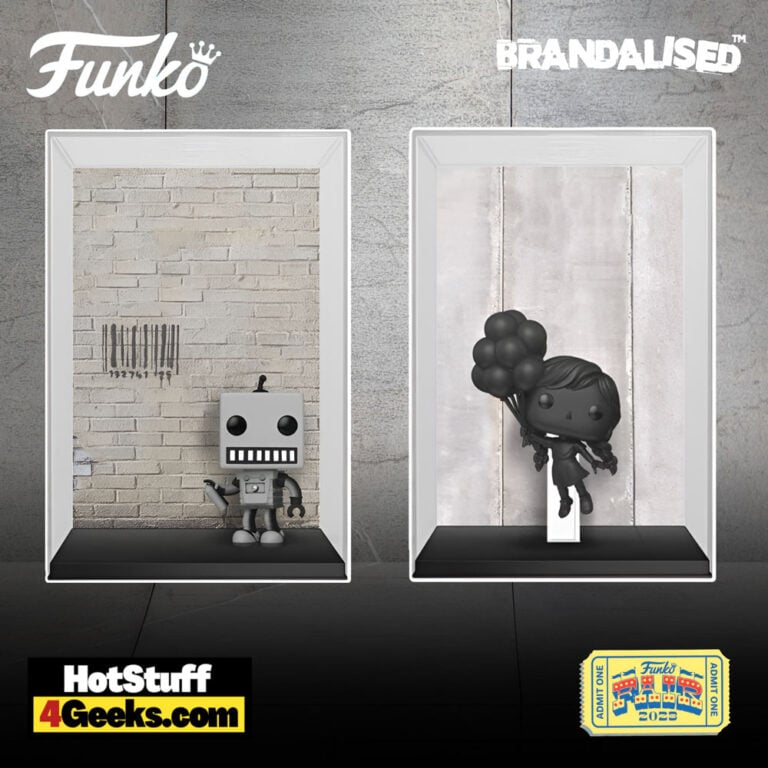 Funko fans will rejoice with their newest collection’s upcoming release: then Funko Pop! Art – Brandalised Funko Pop! Vinyl Figures (Funko Fair 2023)! This line of figures brings a unique urban flair to the popular collectibles, and with artwork from Banksy himself!

The most notable of these modern masterpieces is the Tagging Robot Funko Pop!, which shows an unforgettable glimpse into our robotic future.

For those more soulful dreams, there’s also the classic Flying Balloon Girl Funko Pop!, giving us all something to aspire to – even if we’re dreaming in black and white:

So make sure you secure some of these vibrant figures while they last – they’d be perfect additions to any collector’s dream lineup!

Brandalised Funko Pops! (Funko Fair 2023) are now available for pre-order at the links below (click to jump!) 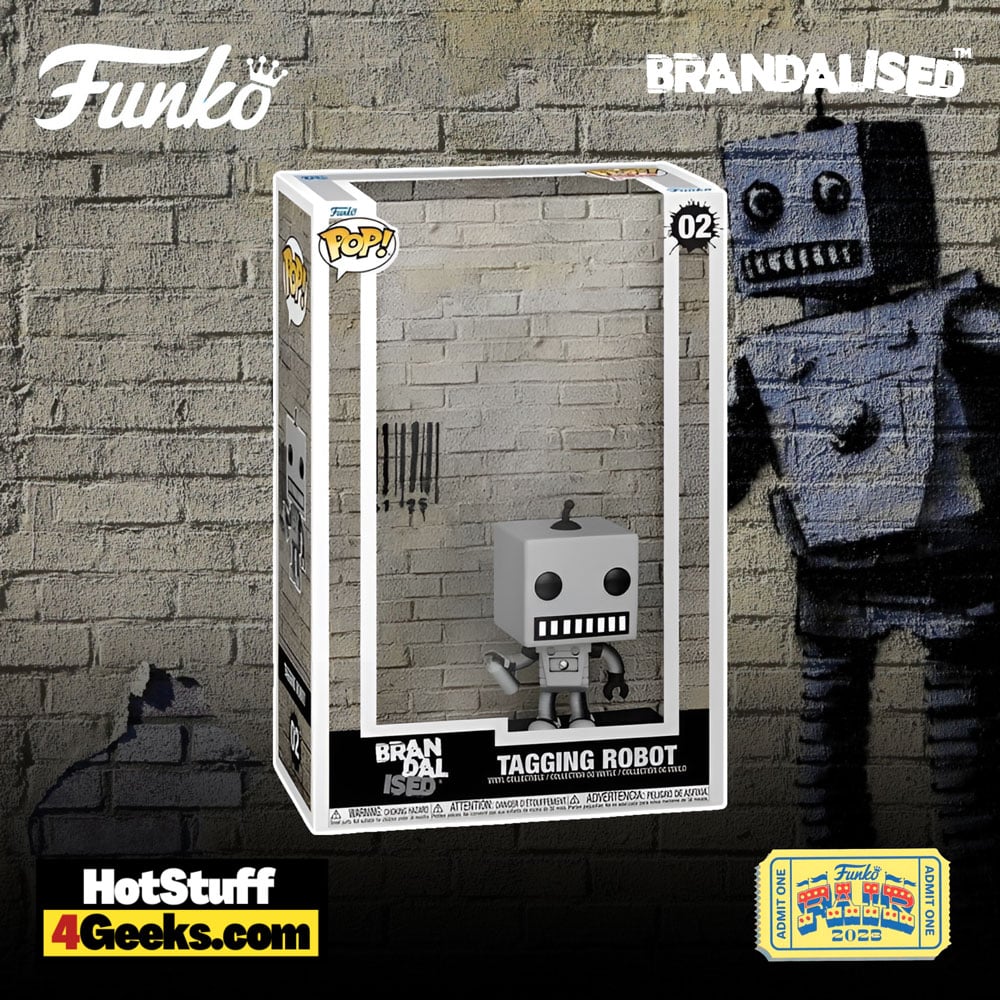 Brandalised is a company that has made a name for itself in urban graffiti and street art.

Their unique style and collaborations with talented artists and brands have earned them high visibility and recognition among art and toy collectors.

For example, their partnership with famous artist Banksy resulted in a limited-edition run of art toys sold out within hours of release.

Banksy is a mysterious figure who has been entertaining and agitating crowds alike since their emergence on the streets of Bristol, England, around 1974.

One of their iconic pieces is graffiti of a robot with a spray can, which is said to be satirizing the commercialization and commodification of street art.

The humorous piece beautifully captures the idea that street art and creativity are undervalued when it’s turned into something to be bought and sold instead of appreciated for their social importance. 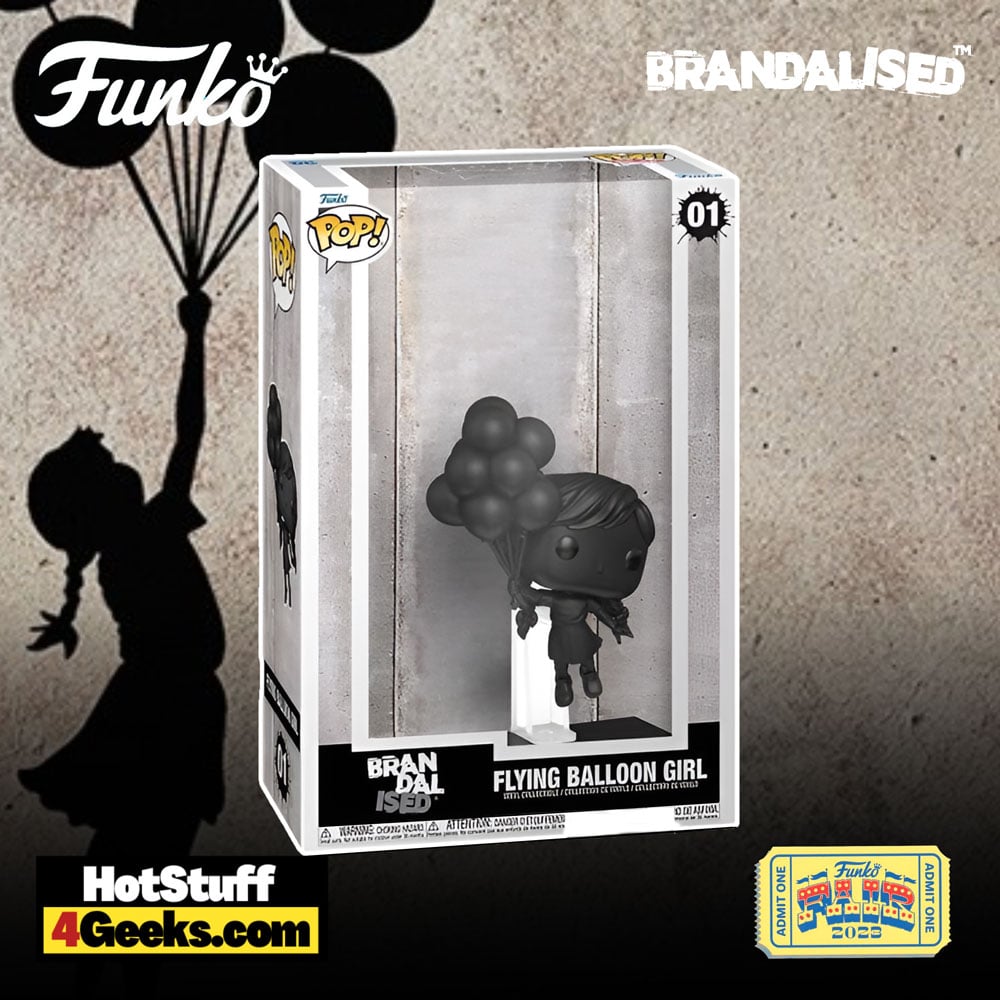 Banksy’s iconic “Flying Balloon Girl” has not only been seen worldwide, but it’s also almost become an international celebrity!

The mural, which features a girl reaching up with her heart-shaped balloon in tow, was first spotted on a wall in Bristol back in 2002.

Since then, it’s been held up as an enduring symbol of hope, with various interpretations of its meaning.

It’s also found itself in several unusual locations over the years, most notably when it made a surprise public appearance at the Academy Awards ceremony in 2017, much to everyone’s amusement!

And while we may never know who Banksy is, there’s no doubt that they will continue to surprise us all with what comes next!