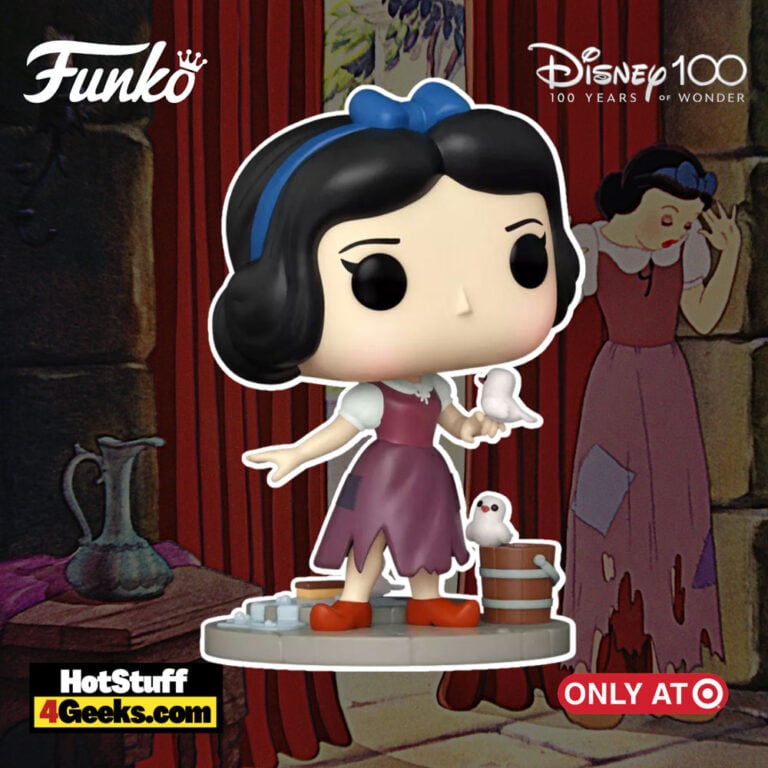 With a charmingly tattered dress, Snow White will bring a fairytale feel no matter where she stands. Get ready to become “the fairest one of all” with this new Funko Pop! Disney 100th Anniversary: Snow White (Rags Dress) Funko Pop! Vinyl Figure – Target Exclusive (Funko Fair 2023).

When thinking about Snow White, most people imagine an elegant princess in a beautiful gown.

However, when she first arrived at the seven dwarfs’ house, she only had one outfit – an itchy, tattered dress made of rags and hay.

Despite her humble outfit, her beauty still shined through, and she managed to capture the dwarf’s hearts with her sweet singing voice and kind soul.

Little did they know that their new rag-dressed housemate would soon possess the loveliest gown in the kingdom! 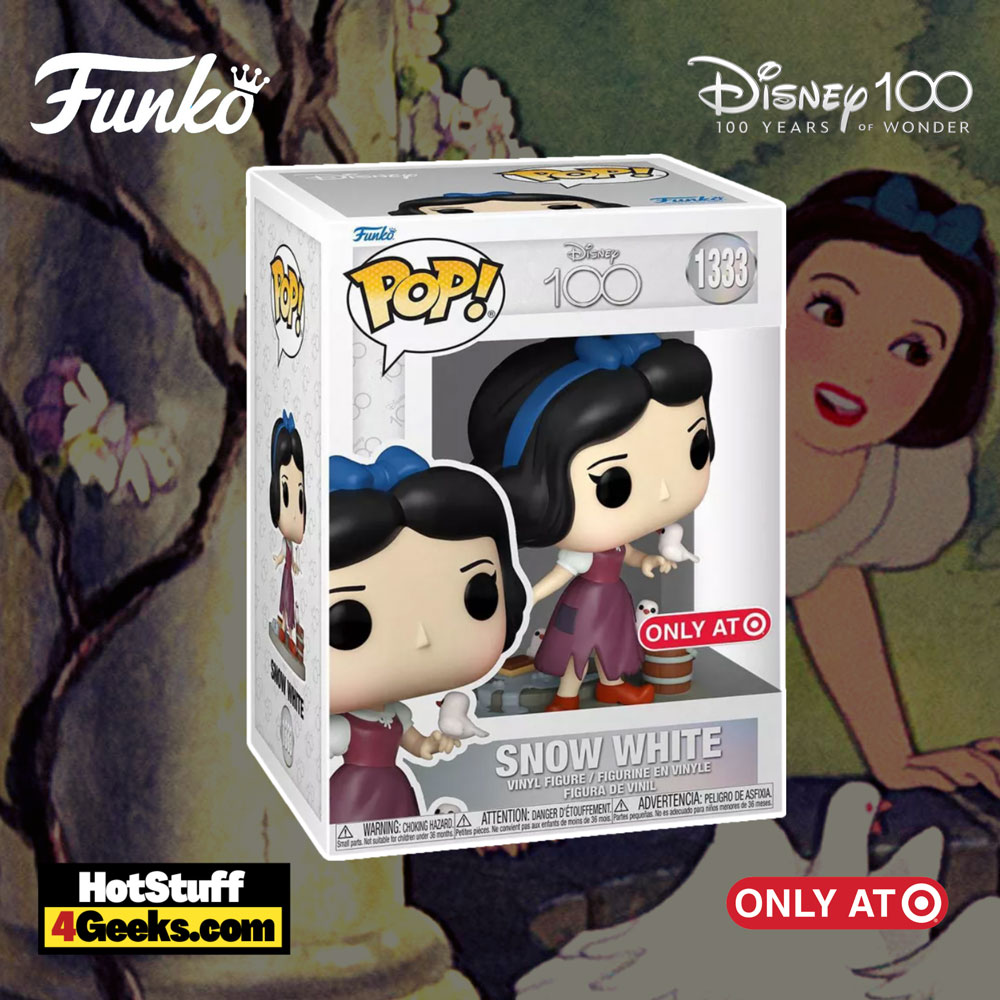 Snow White and the Seven Dwarfs is an animated classic that has stood the test of time.

The story of a princess and her colorful company of dwarfs may seem like it would be only suitable for young viewers, but the film packs plenty of innuendos that adults can appreciate.

As a young child, Snow White’s vain and wicked stepmother, the Evil Queen, grew suspicious of her blossoming beauty.

She was so afraid that one day it might surpass her own that she pulled out some old rags from the castle basement, dressed Snow White in them, and put her to work as a scullery maid!

She thought this would quell her growing beauty – but it seems she was wrong about that.

Even with only plain clothes on, a scruffy hairdo, and mixed with flour and dirt from cleaning the kitchen floor all day long; Snow White still outshone her Evil Stepmother in sheer beauty nonetheless!