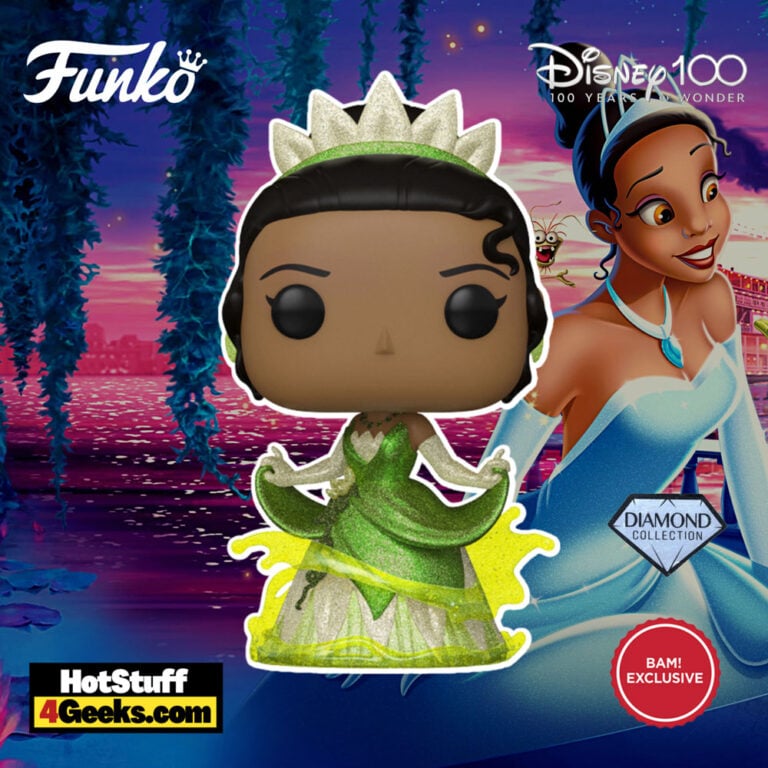 Now you can add a little bit of New Orleans-style jazz to your home decor with this captivating collectible.

Plus, it gives you something fun to look at when you listen to “Almost There” on repeat.

Tiana literally sparkles with dazzling brilliance as Disney princesses tend to do.

With her shimmery diamond dress and precious tiara, she’s perfect for any aspiring royal.

Just don’t forget the frog costume… if you even want to wear it.

Either way, this exquisite gem of a Funko Pop is sure to brighten up any collection no matter what kingdom it’s from.

The Bam Exclusive Tinow is now available for pre-order at the links below (click to jump!)

The Princess and the Frog is a classic Disney movie with a hilarious twist.

Initially released in 2009, the story is set in the city of New Orleans, by the creators of “The Little Mermaid” and “Aladdin.”

It is a modern version of a classic tale, featuring a girl named Tiana, a frog prince desperately trying to become human again, and a fateful kiss that will take them on a hilarious adventure through the fascinating creeks of Louisiana.

The movie is full of fun moments as the princess embarks on this unusual journey with an unlikely cohort.

Not only does it feature catchy music and toe-tapping dance numbers, but its message of resilience and determination makes it an essential part of Disney’s history.

The film addresses a powerful message that has resonated with viewers of all ages.

In a whimsical yet heartfelt fashion, the movie tackled important themes of forgiveness, pushing beyond stigmas, and appreciating the value of diversity.

Adding to this unique story was a charming cast of characters, most notably the incomparable Tiana – an ambitious heroine who exemplified courage and strength despite her circumstances.

As much as it was filled with lighthearted jokes and songs, The Princess And The Frog’s main takeaway will never be forgotten: Kindness can change the world!

Taking cues from traditional Disney stories while still offering something unique, it serves as one of Disney’s most beloved movies!