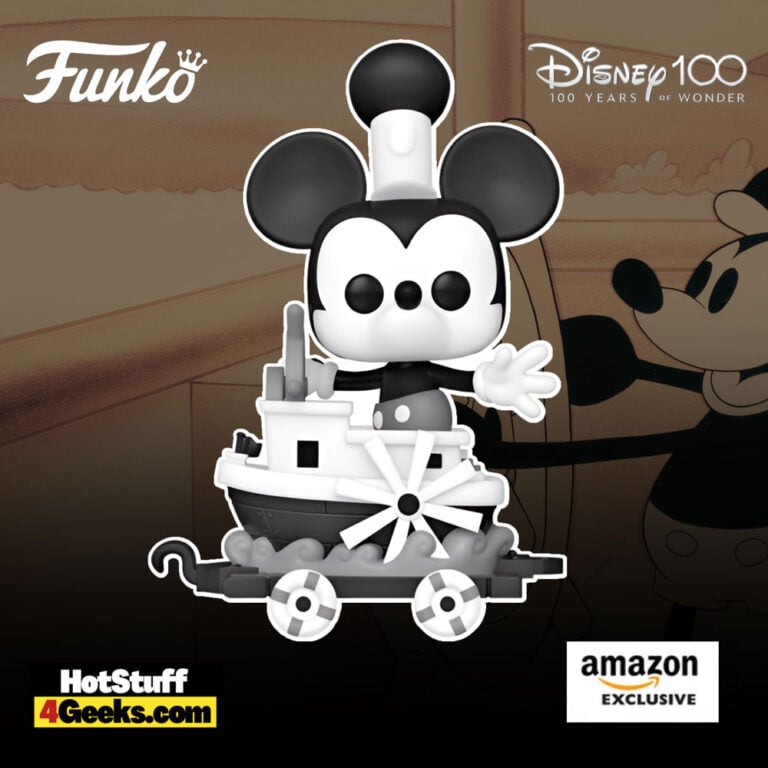 Ahoy, Steamboat Car Funko Pop! Trai, with Mickey at the head of the pack!

The newest and brightest addition to Disney Pop! Collectibles is here to add a touch of nostalgia for all the young-at-heart Disney fans out there.

Starting with Mickey in his traditional sailor’s outfit leading the way.

Who would have thought that Steamboat Willie himself could be turned into a vehicle transporting fellow characters around on their ‘Pop!’ adventures?

With this nostalgic but modernized version of a classic, we can ride the rails with your childhood icon as he takes you to infinite adventures and far-off lands.

What a blast from the past!

Ready your engines, ’cause this kooky ride will bring tons of laughs and joy to anyone who catches its glimmering glow.

The Amazon Exclusive Mickey in Steamboat Car Funko Pop! Train (Disney’s 100 Years of Wonder) (Funko Fair 2023) is now available for pre-order at the links below (click to jump!) 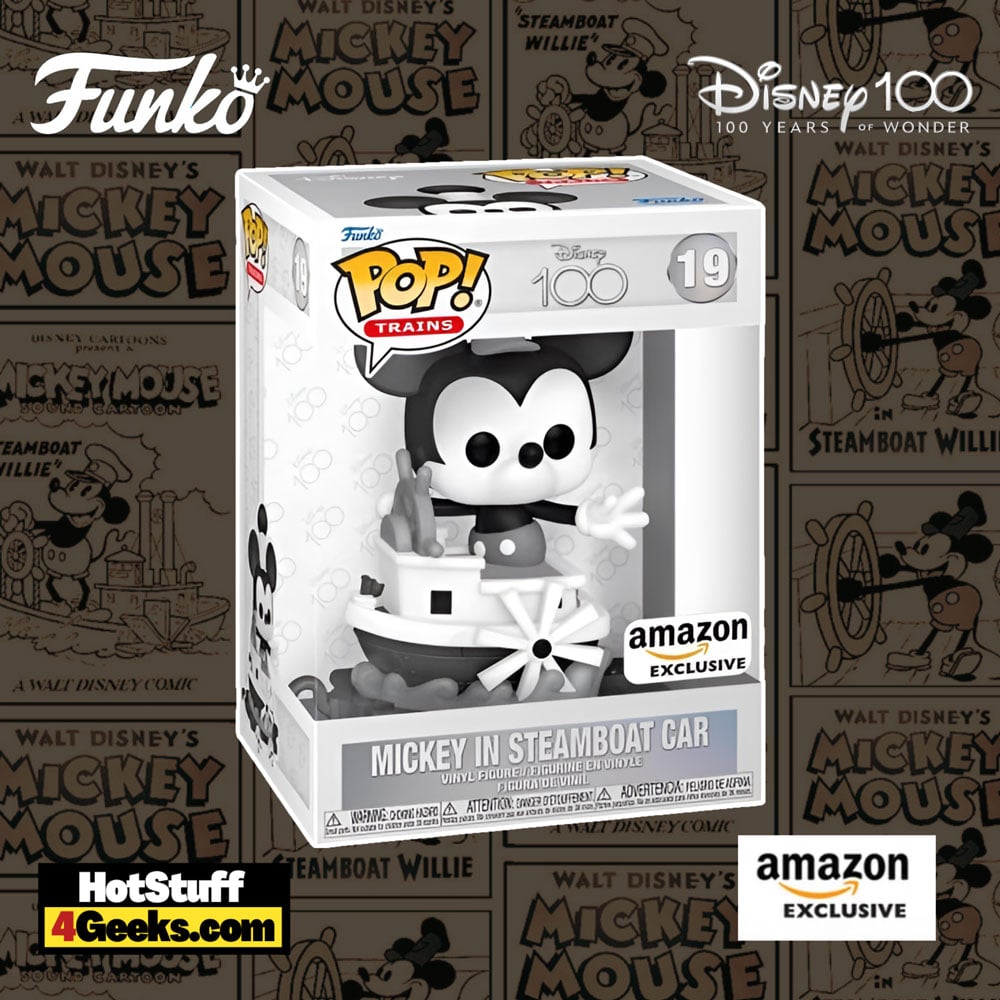 Mickey Mouse made his debut appearance in the 1928 animated short film Steamboat Willie.

He and Minnie Mouse quickly became the power couple of animated films and have been a part of our lives for decades.

When Steamboat Willie premiered, Mickey Mouse had a lasting impression on audiences everywhere that was joyful, humorous, and even sometimes mischievous!

Who can forget those iconic poses during his silent movie antics that remain timeless to this day?

The world would not be the same without him, and his story continues to entertain us all.

And he’s been captivating audiences ever since!

Mickey quickly rocketed to fame thanks to this classic movie and continues to be idolized as one of the most fantastic cartoon characters ever created.

Some may even argue that Mickey sailing along in a steamboat remains one of the most iconic images from all of film history!

Now that’s an impressive legacy for a tiny mouse.