A new villain is making an appearance in town, and it’s none other than Dabi from My Hero Academia! If you’re looking for some evil mischief, this Funko Pop! Animation: My Hero Academia Build-a-scene League of Villains – Dabi Funko Pop! Deluxe Vinyl Figure – Specialty Series Exclusive (1st of 6 pops figures) might be just what you need!

Now, you can bring Dabi home in Funko Pop form!

Channel your inner anti-hero as you proudly display your new figure that looks like a combination of a disturbing bad guy and an adorable action figure.

This wickedly cute collectible is perfect for any My Hero Academia fan who loves to root for the bad guys.

With the distinct blue fire pattern and purple-tinted eyes, this figure is guaranteed to be a showstopper in any collection.

One look at this spirited brave, and you won’t ever want to return your League of Villains to the shadows again.

Dabi Funko Pop! from the My Hero Academia League of Villains Deluxe Set is now available for pre-order at the links below (click to jump!) 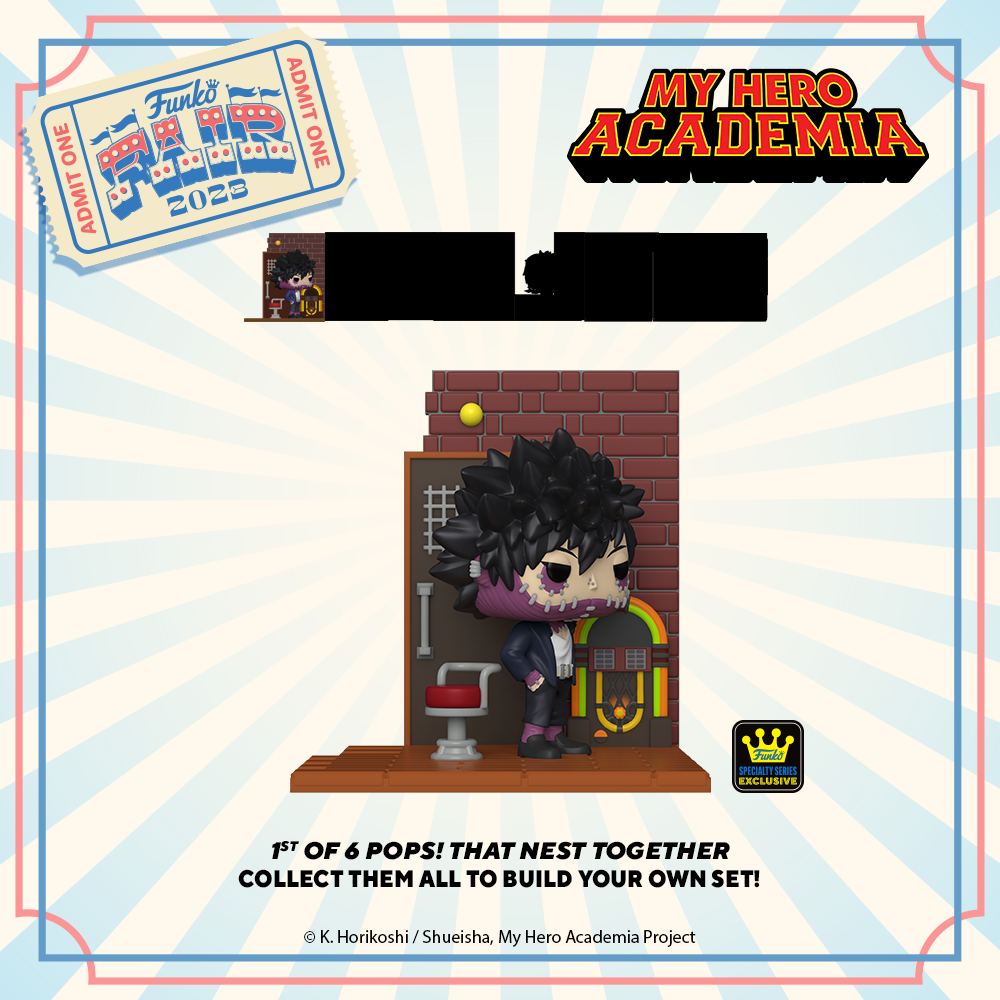 Dabi, also known as Todoroki Touya, is one of the most enigmatic and intriguing characters in the popular manga and anime series “My Hero Academia.”

Despite not being one of the main antagonists, Dabi quickly became a fan favorite due to his complex backstory and sadistic personality.

Dabi’s most striking characteristic is his ability to produce blue flames, which he can control with great precision.

This makes him a formidable opponent, and he has proven to be a challenge for the series’ main protagonist, Izuku Midoriya, and his classmates at U.A. High School.

However, what makes Dabi truly interesting is his backstory.

It is revealed that he is actually the oldest son of the famous hero Endeavor and is related to the series’ other main protagonist Shoto Todoroki.

Dabi has a troubled past with his father, who neglected him and favored his younger brother Shoto. This led to Dabi’s hatred for heroes and his decision to join the League of Villains.

Despite his evil actions, Dabi is not a one-dimensional villain. Instead, his sadistic nature is a coping mechanism for the trauma he experienced as a child.

It is also suggested that he may be seeking redemption and is not entirely comfortable with his role as a villain.

Throughout the series, Dabi’s character development is slow but steady.

He has a complicated relationship with the other members of the League of Villains, and his ultimate goals are not entirely clear. He is a mysterious figure whose true intentions are yet to be fully understood.