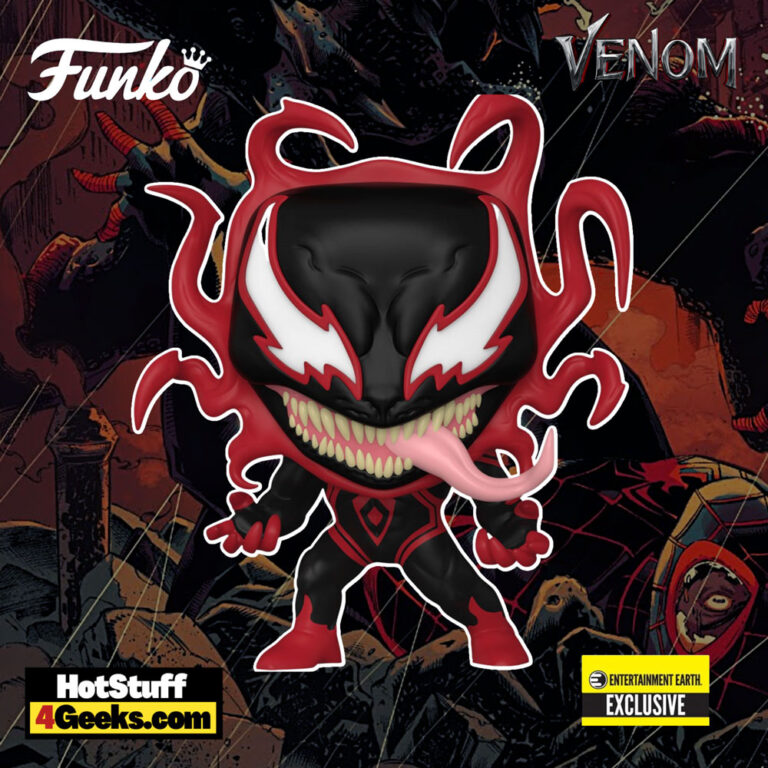 The Funko gods have blessed us with the most villainous combination ever seen. It’s none other than Miles Morales with his symbiotes, Venom, and Carnage!

Based on the 2021 Dark Ages #1 comic, this limited edition Funko Pop! Marvel: Venom – Carnage Miles Morales Funko Pop! Vinyl Figure – Entertainment Earth Exclusive was truly made for fans. The pop figure is now available for pre-order at the links below – click to jump or scroll to continue reading!

Miles Morales’ world got a lot stranger when it was announced that he’d team up with long-time Spider-Man adversaries Venom and Carnage.

While you might think no good can come from this “strange bedfellows” style pairing, the trio may just prove to be a monster made in comic book heaven!

It’s anyone’s guess how it will turn out, but whatever happens – one thing is for sure – this tale of Miles’ wildest adventure is sure to be an absolute web-slinging riot!

The Entertainment Earth exclusive Venom – Carnage Miles Morales Funko Pop! is now available for pre-order at the links below (click to jump) 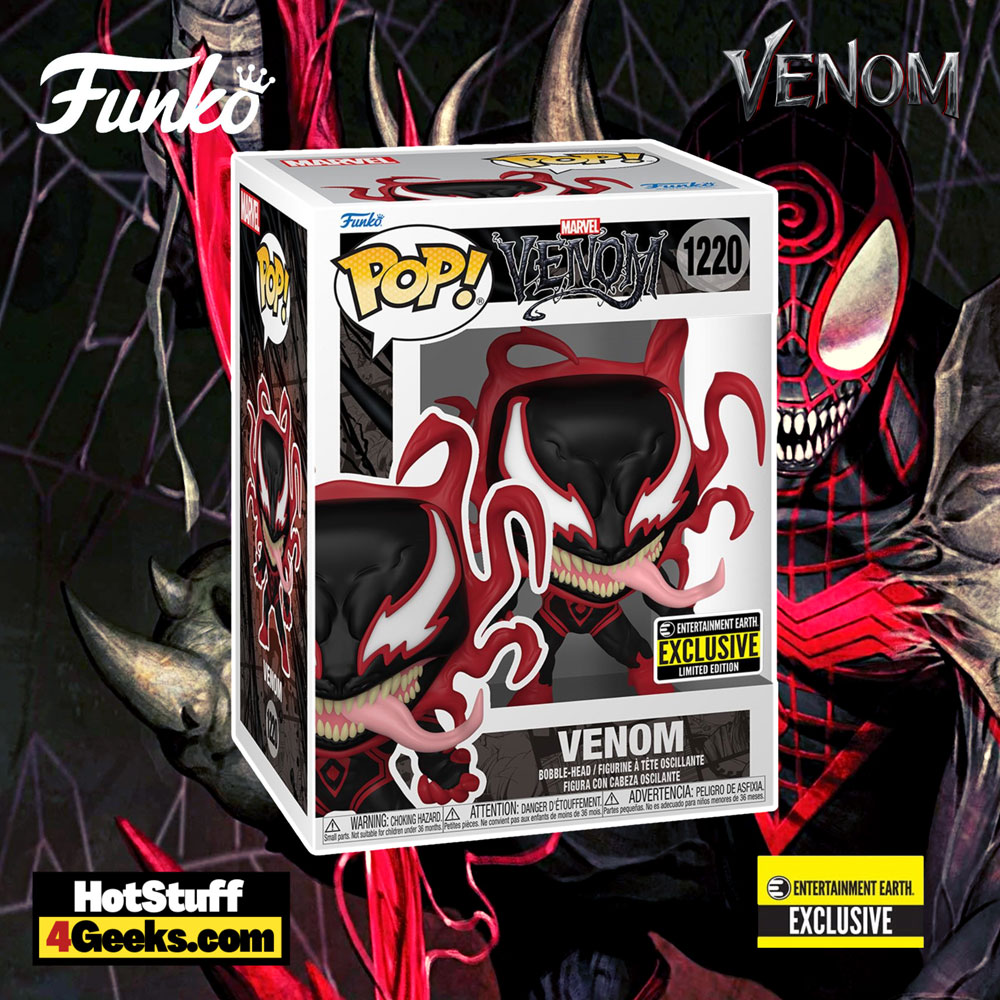 Miles Morales is a character that made history in the world of Marvel! Not only did he become the first black Spider-Man, but he also created bridges between two worlds: the comic book world and the real one.

He represents an icon of youth culture and diversity, as well as being an inspiration for all generations.

Plus, if we’re being honest here, it’s hard to argue against Miles’ awesome web-slinging swag and confident charm!

He is always good for a few laughs and keeps us all on our toes with his funny quips.

While most superheroes go around playing the role of serious crime fighters, Miles shows us that you can still save the day and have some fun while doing it! 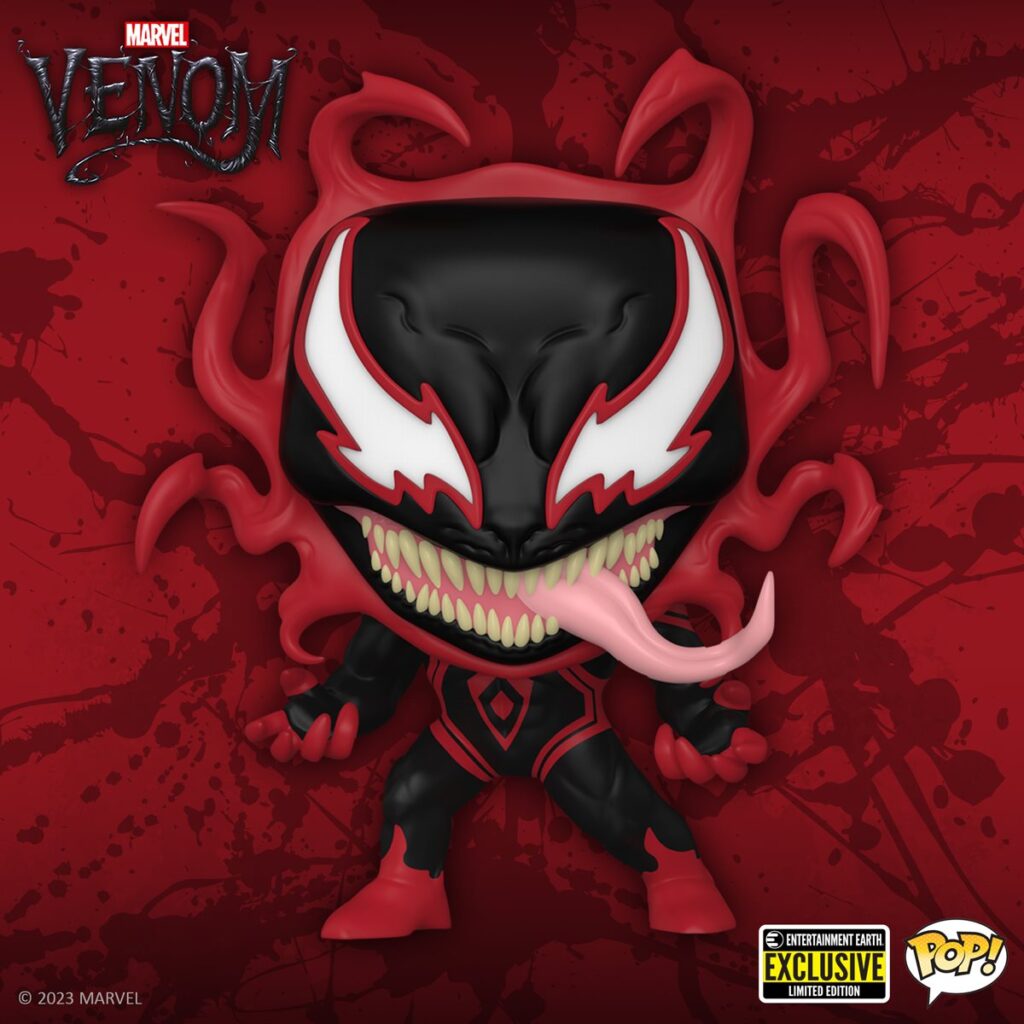 But the friendly neighborhood Spider-Man has formed an unlikely alliance with none other than Venom and Carnage.

It’s like a superhero buddy cop comedy with three times as much attitude! When Miles joins forces with these infamous antiheroes, it’ll surely be a wild ride that rivals any comic book.

It remains to be seen if Miles will have enough web to stick around or if he’ll get tangled up in his new buddies’ antics.